Impossible to Explain: A Few Words with John Carpenter

If John Carpenter had only directed "Halloween," his 1978 film about a trio of babysitters being stalked by a crazed killer over the course of the titular evening, his name would still be writ large in the annals of genre filmmaking history for its enormous popularity (at the time of its release, it was one of the most successful independent films ever made and inspired a slew of sequels, remakes and ripoffs) and influence, not to mention the fact that it remains one of the most stylishly made and flat-out terrifying horror movies ever made. (Even today, when seen under the right circumstances, it continues to have the power to make audiences jump in their seats.)

Of course, Carpenter was anything but a one-hit wonder and over the years, he would make a number of films that are now considered classics of their kind, including the spook story "The Fog" (1980), retro-futuristic thriller "Escape from New York" (1981), his stunningly bleak remake of  "The Thing" (1982), the cheerfully goofy kung-fu action-comedy "Big Trouble in Little China" (1986) and the savagely funny sci-fi political satire "They Live" (1988). many of which failed to connect with audiences when they were first released but which have gone on to develop enormous cult followings over the years. There are other films that have not quite reached this level of popularity but which are out there and waiting to be rediscovered, such as his technically adroit adaptation of Stephen King's "Christine," the gentle extraterrestrial love story "Starman" (1984), the apocalyptic horror sagas "Prince of Darkness" (1987) and "In the Mouth of Madness" (1994), the underrated sequel "Escape from L.A." (1996) and the inexplicably overlooked bloodsucker tale "Vampires" (1998). 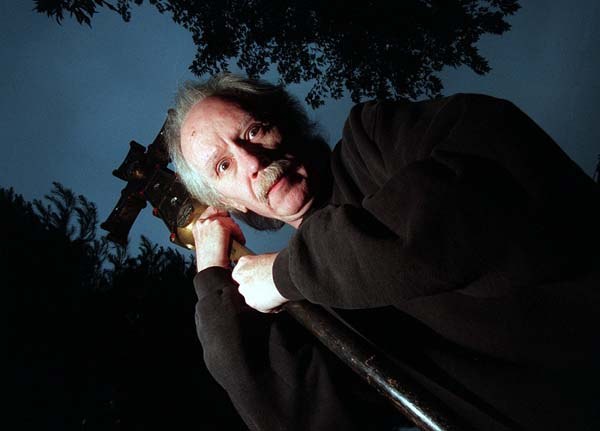 Throughout all these films, he has demonstrated a timeless cinematic approach that has largely eschewed the trends of the day for a more classical feel along the lines of the works of his avowed mentor, Howard Hawks, and as a result, his films have held up much better than those of many of his contemporaries and continue to attract new generations of fans to this day. This weekend, fans young and old will be able to meet their idol in person as Carpenter will be appearing in Rosemont this weekend as part of the Wizard World Chicago Comic-Con and Bruce Campbell's Horror Film Festival to sign autographs and talk about his career, including the mammoth Blu-ray set compiling every title of the "Halloween" franchise that Shout! Factory will be releasing next month.

Carpenter, who returned to feature filmmaking after a long hiatus in 2011 with "The Ward," got on the phone from Los Angeles and talked, albeit briefly, about meeting the fans, the ups and downs of his career and the first movie he ever saw.

What is it about filmmaking that first caught your interest and which continues to drive you to this day?

That's a really good question. I fell in love with cinema when I was young and for a number of different reasons. I still love it to this very day but love is impossible to explain. You have to just accept it. It is something that is invisible and that happens and it happened to me.

Do you recall the first film you ever saw?

It was "The African Queen." I saw it when I was very, very young and I didn't quite understand what I was looking at exactly. I didn't know if this was something that was being projected—though I didn't even know what that meant at the time—or if it was something that was happening right in front of me on the screen. As a youngster, I had a few problems figuring out what was going on until my father explained it to me. He showed me where the picture came from—it was coming from behind and he showed me the projection booth—and I thought "Okay, I got it now."

You are coming to Chicago to attend the Wizard World convention. When you go to things like this, what is it like for you to meet and interact with fans, especially the younger generations who may not have even been born when many of your films were first released?

It is the greatest. I love talking to the fans. That is the whole point of going—to meet them, talk to them and see what on their minds. I love it. 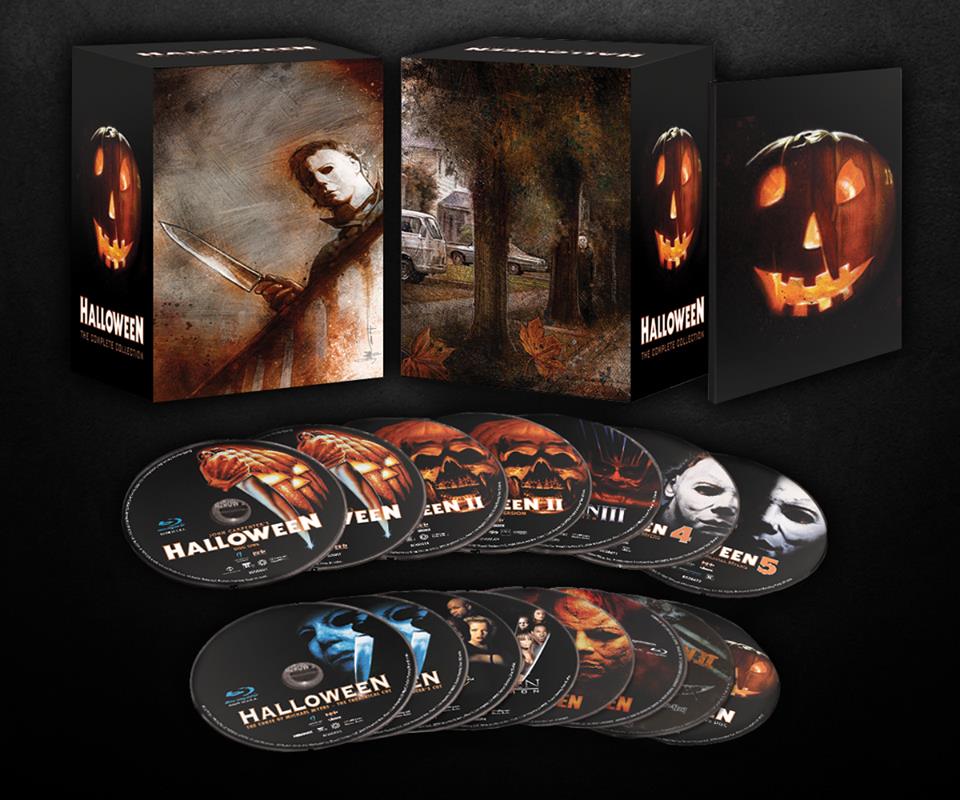 Next month, Shout! Factory is putting out a massive Blu-ray box set of the entire "Halloween" film franchise that began with your 1978 classic. Looking back on that experience, is there any one particular aspect that particularly stands out for you?

That was back when I was young—when we were all young—and we were just trying to make a movie. We didn't know what we didn't know yet. It was just a great time. I just remember the making of the film being so much fun. It was just interesting.

During your career, you have done several films that did not do particularly well at the box office but which have subsequently gone on to become cult favorites—"The Thing," "Big Trouble in Little China" and "They Live" immediately come to mind. When you see one of your films reemerge like this, do you have any thoughts as to why they didn't click at the time with viewers but seem to connect with them now? For example, I can sort of understand why "The Thing" didn't work with the mass audience—it was one of the bleakest films ever made—but why a genuine crowd-pleaser like "Big Trouble in Little China" failed to take off remains a mystery.

I have no clue—you would have to tell me. I call it "John's Revenge"—you didn't like me then but maybe you will like me now. I have never understood that stuff. I understand about "The Thing" because that was really grim. That was about the end of everything and nobody wants to see that. I don't know—I can't figure any of that stuff out and I have stopped trying. The movies that I have made—I am very proud of them and love each one of them. I think audiences discover movies on their own and if you haven't discovered my stuff yet, I don't know what to say. 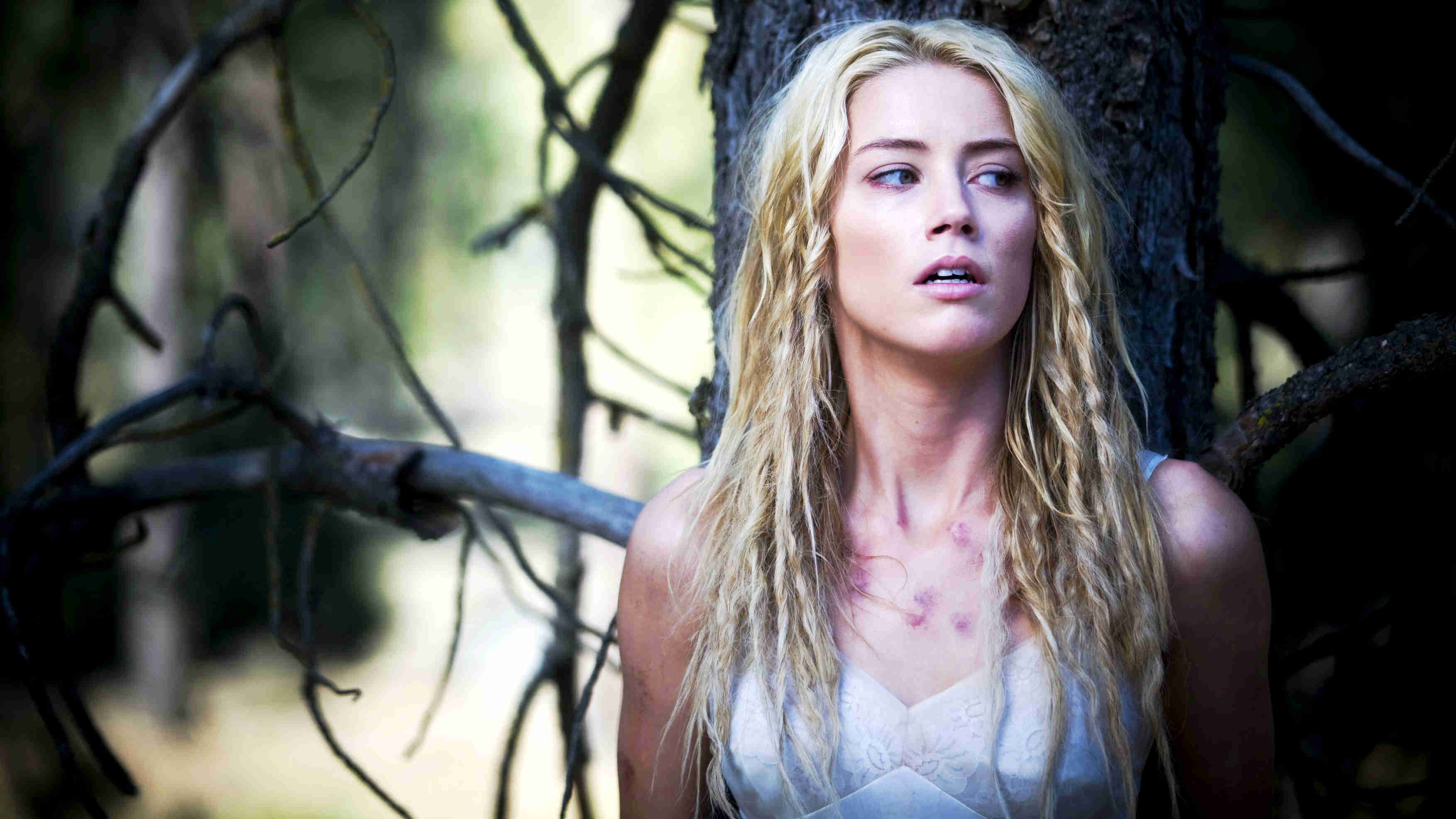 What was it like for you to return to the director's chair a couple of years ago after a 10-year hiatus, a period during which there were enormous upheavals in the film industry in everything from production to distribution, with "The Ward"?

Well, it wasn't 10 years exactly because I had done two episodes of "Masters of Horror" [the horror anthology series that aired on Showtime] so I knew what to expect and how it was going to go. It was fun. Listen, I really enjoyed making "The Ward." It was just terrific to work with an ensemble cast of girls, which was something that I had never really done before. That was brand new for me and I just loved it.

In your career, you have made a couple of remakes of horror classics—"The Thing" and "Village of the Damned"—but in recent years, you have now found yourself in the odd position of seeing your own films being redone as well—"Assault on Precinct 13," "Halloween," "The Fog" and "The Thing." What are your thoughts on the idea of seeing your own work being remade and have you seen any of these new versions?

I have seen a couple of them but I won't comment on them because they are somebody else's movie. That is really how I feel about it—they aren't my movies anymore. I prefer it when they are the kind of remakes where the producers have to pay me money. That is the best kind of remake that there is.

Who are the current filmmakers that you find to be of interest, not even necessarily of the horror genre?

I think that David Fincher is really talented. I really like his work and i think that he is one of the best filmmakers working today. There are a lot of them. Movies are in good shape and I am very happy with what is going on with them.

Are you working on anything new right now?

I am working on a couple of things but right now, I am just waiting for the NBA season to start up again. You bums stole Pau Gasol from us and he is now going to be a Chicago Bull. That depresses me but everything is good. All is well in Los Angeles.

John Carpenter will be appearing August 22-24 as a part of Bruce Campbell's Horror Film Festival at the Wizard World Chicago Comic Com, being held at the Donald E. Stephens Convention Center in Rosemont (5555 N. River Road. Rosemont, IL 60018). For information on his appearance and other convention activities, go to their website.