Change Their Lives: Cliff Curtis on “The Dark Horse”

One of the great gifts of cinema is its ability to transport us to places that are wholly different from our own and yet, on second glimpse, oddly familiar. That’s what happened to me at age 17, when I urged my family to travel several towns away to see Niki Caro’s “Whale Rider,” a film set within a Maori community in New Zealand. Roger Ebert had given the film four stars, so I figured it would be worth the trip, and once again, Roger did not disappoint. The film was glorious, and ended up garnering its leading lady, 13-year-old Keisha Castle-Hughes, a Best Actress Oscar nomination for her first-ever performance.

Now over a decade later, James Napier Robertson’s “The Dark Horse” transports audiences back to that same location and culture, while providing a splendid showcase for Cliff Curtis, the actor who played Castle-Hughes’ father in “Whale Rider.” As Genesis “Gen” Potini, the real-life chess champion who coached underprivileged children while battling bipolar disorder, Curtis is utterly riveting. The bond he forges with his young nephew, Mana (James Rolleston), who turns to chess as a mode of escape from his father’s gang lifestyle, never once feels forced or mawkishly sentimental. Just like “Whale Rider,” the story in “Dark Horse” is told with a straightfoward sensitivity that leaves your mind enthralled and your emotions profoundly stirred.

Curtis spoke with RogerEbert.com about his approach to storytelling, how his upbringing in New Zealand influenced his work and why he relates to his latest film on a personal level.

The Maori culture was entirely new to me when I first saw “Whale Rider,” and the film caused me to fall in love with it.

Thank you, I really appreciate that. That kind of response is the sole reason why I go home to New Zealand and make these films. My culture and heritage is probably the most interesting thing about me. It’s what informs my perspective on life as a storyteller and an artist and a craftsman. I feel privileged to come from the background that I come from. It’s a very small ethnic group in the world, but it helps connect me somehow to something that transcends the notion of being a minority. Where are you from?

I grew up in McHenry, a small town north of Chicago.

It’s amazing to me that I can tell this little story from New Zealand and it can connect with someone from a small town in the Midwest. I’m really attracted to stories that bring hope to people and connect humanity. They help us dispel ignorance and encourage compassion.

Gender equality and gang initiations are universal issues that these films explore, while both honoring and transcending the traditions they depict. What attracts you to these stories?

I’d like to say that I have it all mapped out in my mind, but I think it’s something that has evolved over my career. Trying to figure out how to tell stories and how to tell them well has been a real journey. Going back to the Maori culture, we have traditional ceremonies where people talk for a long, long time. A single person will stand up and talk for the length of a feature film, and that’s considered normal. I was taught that a good speaker or good storyteller will make people laugh, make them cry, make them think about the past and think about the future, but the purpose of it all, ultimately, is to call people to action and to change their lives. That’s the power of storytelling to me. It comes from my traditions and to be able to take that into cinema and to enact that tradition through a contemporary means is very meaningful to me. For example, I just got a letter about a young girl who saw “The Dark Horse” as part of her school’s curriculum back home in New Zealand. She comes from a gang background and the film has inspired her to take a different course in life. That, for me, is the greatest sense of accomplishment that I can have as a storyteller. 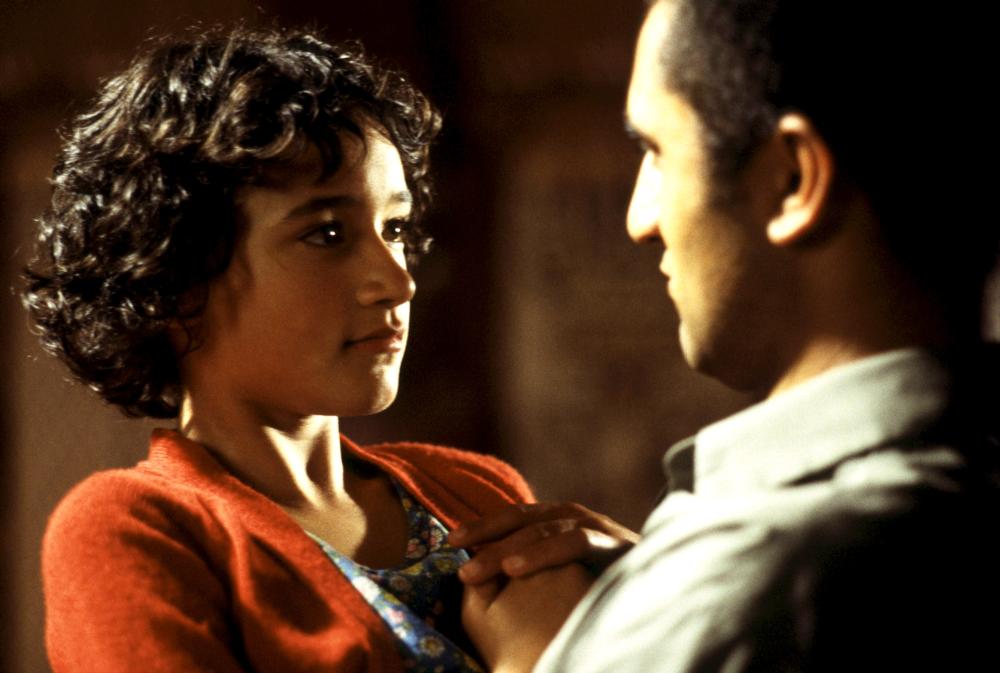 What do you believe fuels the optimism of Paikea in “Whale Rider” and Genesis in “The Dark Horse” when confronted by great adversity?

It’s a good question. I’ve never really thought about them in terms of their similarities, but interestingly enough, they are both from the East Coast of New Zealand, so they are from the same tribe. Both films were shot near a town called Gisborne on the East Coast. Paikea and Genesis are related by their traditions, and they are also related genealogically. I think what it comes down to is that, in “The Dark Horse,” we wove in some of the Maori and Polynesian mythologies. Those stories are always about not thinking of yourself as an individual or how you can benefit as an individual, but how your deeds and actions can benefit others, and that’s a really big part of our culture and heritage.

What led you to take a method approach to the role of Genesis?

I can’t really take credit for the method idea. That was the brain child of our writer and director, James Napier Robertson. He came up with the bright idea that I attempt a sort of method acting approach, which I had never done before. I was truly intimidated by the prospect of gaining all the weight and accurately portraying the character’s mental illness. But thankfully, once I got my head around what an incredible opportunity it was, I really embraced it full throttle. We weren’t going to hold anything back, and I really went for it.

In terms of research, I watched Jim Marbrook’s documentary, [“Mental Notes” (2012),] which showed me what an extraordinary person Genesis was, and what an incredibly colorful character he was. The role moved from being challenging to near-impossible. I had no idea how I was going to make it work, and I had to be honest with the director and say, ”Okay look, I’m willing to take the risk if you are, but I have no idea how this is going to work or how it’s going to turn out.” To his credit, he was like, “Right, we’re in.” What really closed the deal was watching that documentary and seeing how big a task it was going to be. But then to ground all of that, I had to do the research that any actor would have to do on a role like this. I researched bipolar disorder and mental illness. I had to look at the conditions of his medication and all the challenges that he had. I met his wife and his son, and talked to many people from his life, as well as philosophers, lawyers, mathematicians and a lot of people with bipolar. I met the children that he taught, and from each interaction, one thing was consistently clear: he inspired so many people.

The other thing that connected me to the script was that I related to the kids in the story very strongly, particularly the character of Mana. I was a ward of the state for a period of my young life. I was an orphan and I left school at age 14. I didn’t have a formal education, and I got to a point in my life as a kid in which I didn’t have a lot of prospects. There was a man who got me through that period, and he became my role model and hero. He didn’t teach me chess, but he totally changed my life. In many ways, my dedication to Genesis is very much a dedication to that person who helped me in my life. In another way, the film is dedicated to the people who do this thankless work without any pay. In every community, there are people who help the old and infirm, as well as the young and dispossessed and lost. They are so selfless and generous with their lives and with their life energy, and Genesis was one of those people. That’s what makes his story so uplifting.

You’ve shown a real gift for working with young actors such as James Rolleston, who made his debut in Taika Waititi’s lovely 2010 film, “Boy,” which you produced.

I discovered James on that film, and he had the sort of beautiful, raw talent that, in some ways, makes a mockery of my years of dedication to the craft of acting. These kids just walk off the street, and they steal the scene. It’s an incredible feat what they accomplish. Keisha Castle-Hughes in “Whale Rider” was another, and it’s weird because she went on to play [the Virgin] Mary [in “The Nativity Story”], and in my last movie [“Risen”], I played Jesus. When the script for “Dark Horse” came up, I knew without a doubt that James was going to be right for the role. I plan to be an ongoing support for him in whatever else he wants to do and accomplish with his life. I think that he is an immense talent.

“Boy” is currently available for streaming on Netflix, and it has many amusing instances of American culture filtered through Maorian eyes, such as the characters’ very funny enactment of Michael Jackson’s “Thriller” music video.

Well, chess is not a traditional Maori game either. It’s just something that we embraced and like many indigenous cultures that have experienced an intense process of colonization and all that comes with it, we adapt and we embrace so much from foreign cultures. The game of chess in popular culture becomes woven into the fabric of who we are. It’s become as much a part of our identity as our traditional culture, and it’s really fascinating to see how we blend the two. It was really fun in “The Dark Horse” to blend the Maori mythologies while teaching the game of chess to the kids. I really enjoyed the poetry of that and the symbolism of the king being Maori. We see the children working together to protect what is precious to them and to change their lives by working together as opposed to working as individuals. These are all values that are very traditional to us as Maori, and I think they are values that all of humanity can benefit from.