I’ve never been to the fabled Telluride Film Festival, nor to the festivals in beauteous locales San Sebastian and Locarno, so I’m not really speaking from a place of thorough expertise, but let’s put it this way: I’ve developed a sufficient crush on the Venice Film Festival to proclaim it my favorite. Right now on the Lido it’s so beautiful outside that one understands the phrase “endless summer.” And inside the halls the films are … well, so far all have been of interest, at least. I can discuss two of the four I saw today—the other two will be addressed in forthcoming pieces about the Bienalle College, where I’m serving on a critical panel, and the festival’s revival and restorations section—that’ll give you a tiny idea of the variety on hand.

Friday morning began with Tom Ford’s “Nocturnal Animals,” written by the director, who here adapts the novel “Tony and Susan” by Austin Wright. The thing about film festivals is, you never know what you’re going to see, and you particularly never know what you’re going to see at 8:30 in the morning. (Ask me some time about seeing Bruno Dumont’s “Twentynine Palms” in Toronto back in the day.) The opening images of “Nocturnal Animals” are not those you’d expect to see at such an hour, or at any hour really, so surprising and disturbing and “why, why, why” inducing are they. I won’t spoil them here. See me after class.

Said images aren’t gratuitous; they make up a portion of a conceptual art exhibition hosted by Amy Adam’s Susan, a high roller in the Los Angeles art world. Susan is beautiful, haughty and lives an extravagant lifestyle funded largely, we assume, by her husband Hutton, played with born-into-privilege knowingness by Armie Hammer, who’s making a nice little career niche for himself in such roles. After her opening, Susan gives herself a nasty paper cut opening a package: the manuscript of a first novel by Edward Sheffield, Susan’s first husband. Just as we think we’re in for two hours of “Aren’t these people phony,” a seemingly parallel narrative pops up in which Tony Hastings, played by Jake Gyllenhaal, is taking off on a road trip through West Texas with lovely wife (Isla Fisher) and lovely but typically disaffected teen daughter (Ellie Bamber). On the road, late at night, Tony and his family have a run-in with exactly the kind of people with whom you don’t want to have a run in, under any circumstances: three amped-up wastrels led by a schizzy dude named Ray (Aaron Taylor-Johnson, in a role that will earn him the legit cred he’s been going after, on and off, for a while). Things go from bad to worse in a sequence that’s one of the tensest and discomfortingly suspenseful in a Hollywood film since maybe “Blue Velvet.” This despite the fact that at a certain point we know that this narrative is a fiction—the novel that Edward has sent, and it turns out has dedicated, to Susan.

And then a third narrative thread comes into play, the story of Susan and Edward, also played by Gyllenhaal. The stories are kept in the air beautifully by Ford, the fashion designer who’s learned a lot about the distinction between effective stylization and ostentatious stylization since his debut feature of 2009, “A Single Man.” The movie’s not 100 percent there—some of the social satire is underbaked, particularly a funny but facile scene featuring Jena Malone as a museum official wearing a dress that looks like a rejected costume for the chessboard scene in “Alice Through The Looking Glass.” (Speaking of career niches, between this and “Neon Demon,” Malone seems to be carving out one in the Horribly Affected Arty Angeleno department.) Abel Korzenioski’s very prominent musical score is almost pure pastiche, but it’s accomplished: its fake Bernard Herrmann is as convincing as its fake Phillip Glass. The acting is 100 percent spectacular, with Michael Shannon winning First Among Equals for his work as an unconventional Texas lawman. The film’s finale still has me … flummoxed, but in an interested and engaged way. 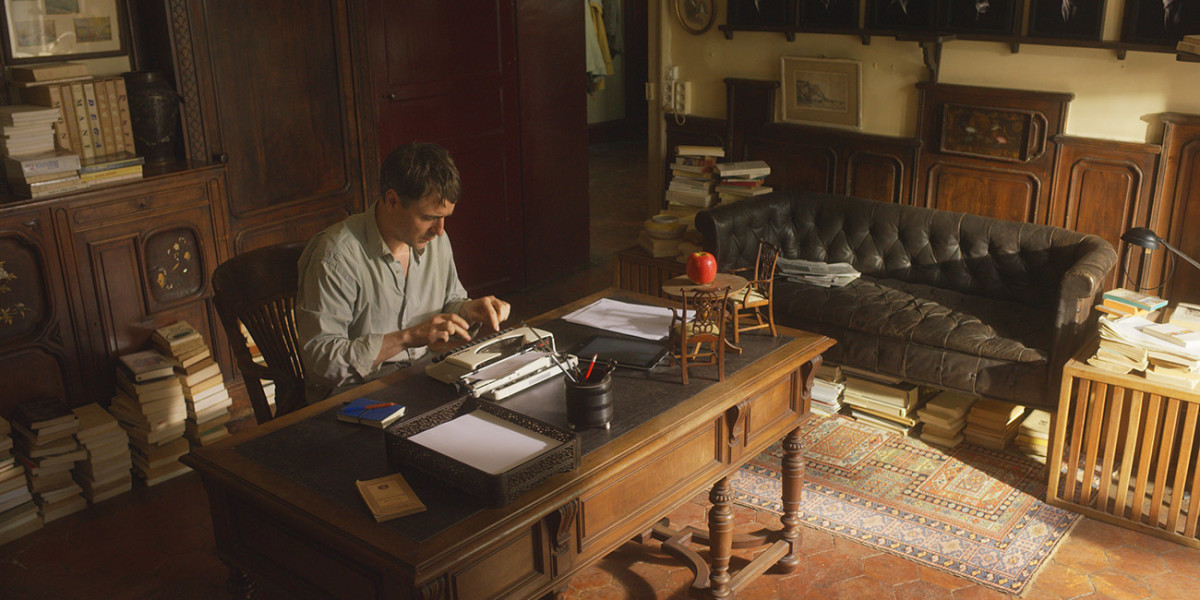 You ever wonder what “My Dinner With Andre” would be like … in 3D? Well, if Wim Wenders’ “Les Beaux Jours D’Aranjuez” finds American distribution, you might be able to enjoy an approximation of the experience. The movie, which sees Wenders once again working with novelist and playwright Peter Handke (their collaborations have given birth to classics such as “The Goalie’s Anxiety at the Penalty Kick” and “Wings of Desire”), is an adaptation of a play by the writer. After a montage of a peaceable Paris and outskirts set to the strains of Lou Reed’s “Perfect Day,” Wenders’ camera settles on a very cherry vintage Wurlitzer jukebox playing the tune in the home of a German speaking-writer who likes his technology analog: he soon settles down at a portable manual typewriter and begins writing a dialogue between a man and a woman. That man and woman materialize in the garden outside his writing room, and they begin talking. First about sexual experiences of men and women, and then … all sorts of other stuff, mostly pertaining to how the sexes perceive things differently.

And that … is the movie. There’s a cameo from Nick Cave, who turns up to complete a Nick Cave song that start out on the jukebox. Mr. Handke himself appears as an eccentric landscaper. But the movie is the garden, the dialogue, and the writer’s grappling with the dialogue. And I have to admit I was at a little bit of a disadvantage, as the screening I attended had no English subtitles. The dialogue is in French with a little bit of German, and the subtitles were in Italian. I understand just enough of the three languages to pick up the threads of the dialogue, but let me tell you it’s not a good strategy to start out hearing a sentence in French and trying to keep up with it by reading the continuation of the sentence in Italian. As for those who say Wenders is out of his tree to make such a movie in 3D, I disagree. He’s clearly excited enough by the format that he’s making it a regular part of his cinematic language. At 71 years of age, he’s more future-driven than many filmmakers one or two generations behind him.