Around 3 million people visit Istiklâl Caddesi, Istanbul’s most iconic avenue, daily. Pretty buildings, mainly from the late Ottoman era, flank the bookstores, cafés and nightclubs along this pedestrian street. However, in April each year, these spots cede the majority of public attention to the cinemas on Istiklâl. In this month, the city plays host to Turkey’s biggest and oldest international film festival. Organized by the Istanbul Foundation for Culture and Arts, the festival is the world’s best platform and showcase for Turkish films, new and old.

Only the most naïve cinemagoer would assume that Nuri Bilge Ceylan is all there is to Turkish cinema. As the recently concluded 33rd Istanbul Film Festival (April 5-20) proved, the country is producing exciting, fresh and challenging films. It is an interesting time for Turkey, a fact impossible to ignore while attending the festival. After all, the event headquarters are merely two minutes away from Taksim Square and Gezi Park, the birthplace of the anti-government protests that captured the world’s attention a year ago.

However, there hasn’t been much cinema devoted to this turmoil, unlike, say, in Egypt. It’s too soon to tackle such topics, some filmmakers believe. Hüseyin Karabey, whose feature “Come to My Voice” was in the National Competition, thinks there is a need to develop some perspective and distance before artists can approach those issues. His own film, which won the People’s Choice Award, deals with the hardships faced by Kurds in Turkey. It begins with all of the men in a village taken into custody by the gendarmerie on suspicion of carrying arms. Their families are informed that they will remain arrested unless these arms are handed over. So, 65-year old Berfé sets out on a journey—her granddaughter in tow—to find a gun she can hand over for rescuing her son.

"Come to My Voice" is ostensibly a fable. Framed as a tale narrated by three blind bards, the film lovingly but truthfully sketches a portrait of a tough life, lived in extremely tough conditions. The authorities are painted in unflattering light; the gendarmes are cruel, unsympathetic brutes and the two leads must rely on elements residing on the fringes of society for completing their mission. (No wonder the film doesn’t have state funding.) "Voice" hinges on the relationship between Berfé and her granddaughter; its solid foundation is the reason the film works. Feride Gezer, who plays Berfé, imbues her character with the world-weariness and fatigue that can only come from putting up with unrelenting pain for decades. By the time the credits roll on a superb, rousing folk song (the film was also a joint winner of the festival’s Best Music Award), one is spent but satisfied. This was my favorite film from the lineup by far. 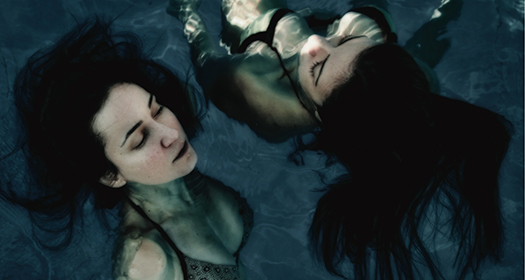 The festival also highlights Turkish cinema from the past year. In this category, outside competition, I discovered "The Impeccables." Director Ramin Matin casts his attention on another problem plaguing Turkey for long: the fight between modernity and tradition. The film opens with a svelte body swaying in the water. It belongs to Yasmine, a vivacious young woman who has come to the coastal town of Çesme for a summer retreat with her shy sister Lale. The two have been distant for long, and the vacation is not just to recharge their batteries but also to reignite their relationship. The sun’s out and the breeze is constant, but a cold air hangs over them and the tension is palpable.

I was glad to see "The Impeccables" because it is a modest story, efficiently told. It proves that no action sequence can be as gripping as a conversation between two people. The sibling relationship is filled with nuances cherry picked from real life, yet some details seem specific to just Turkish society. The psychological rivalry between the two is essayed with acuteness, and the revelation of what exactly drove them apart provides a satisfactory payoff. Ipek Türktan Kaynak, who plays Lale, carries her character through various vicissitudes effortlessly. 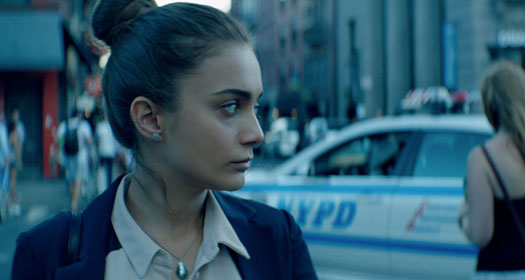 Unfortunately, not all films about the gentry are as well done. "Things I Cannot Tell," another entry in the National Competition, falters where the aforementioned films succeed: having strong roots. The first film by Esra Saydam and Nisan Dag, "Things" narrates the story of Damla, a successful New Yorker who misses her Turkish hometown. Six months pregnant, Damla returns to Turkey with her American husband, Kevin, and runs into a former lover, Burak, with whom she had an acrimonious split. Secrets from her past tumble out awkwardly, and all her relationships are put to the test.

"Things" is glossy and pleasant to look at, but hollow to the core. This kind of film could belong to any country or culture; it’s so empty it comes from nowhere. There is no connection to the extremely real pains of immigration, culture shock or homesickness in the film apart from superficial acknowledgments. The film’s portrayal of Kevin is laughably amateur and smacks of ethnocentrism. He isn’t as street smart as Burak; he can’t handle his drinks; he isn’t good at football and has no redeeming quality to him except being nice…ish. Apart from bursting with clichés straight out of an American indie, "Things" suffers from a rather rare problem: being overly and overtly sympathetic to its female protagonist. Damla, by any metric, is an extremely unpleasant person. She lies without abandon or reason, puts her husband through the wringer unfairly and is the cause of nearly all the strife in the plot. Yet, the drama rests on us rooting for her—a nigh impossible task. Ironically, there are very few things Damla actually cannot tell; it’s just that the film would end in five minutes if she did.

The festival experience in Istanbul is not limited to just films. There are a series of Masterclasses and panel discussions open for all. A session by Iranian auteur Asghar Farhadi, President of this year’s Jury, was especially enlightening. He chose the occasion to elaborate on his writing process, and delved into sequences from his oeuvre for anecdotes.

On the festival circuit, Istanbul is undeniably a Tier C member. Nevertheless, it has a unique place of importance because of the light it sheds on Turkish cinema every year. Through the features and documentaries in its lineup, one can gauge what is motivating the artists of this country at this particular time.

Everything else is just gravy.