The male ego and its propensity for folly is a theme of three films that recently had their premieres at the 2017 Tribeca Film Festival. Sure, they take place in different parts of the world, and seem to have little in common given their stories of a journalist, boxer, and hitman, but I’m struck by the commonality of a trio of men who can’t quite see far enough outside themselves to notice the speedbumps they are about to crash into full-speed. It’s also interesting that the best thing about all three films are their lead performances—there’s something fun about actors chewing into male characters this foolish.

The best of the three is Bryan Buckley’s “Dabka,” based on Jay Bahadur’s The Pirates of Somalia. The excellent Evan Peters (a veteran of Ryan Murphy’s troupe seen on various iterations of “American Horror Story”) plays Bahadur, a young Canadian man lacking direction in his life. He randomly runs into his journalist idol (Al Pacino's Seymour Tolbin), who encourages him to be an active part of his first book, taking chances to write something personal and different. Seeing a story on the news about the hijacking of the cargo vessel MV Faina in 2008, Bahadur makes the remarkably naïve decision to write a book about Somali pirates, finding his way to that part of the world and essentially embedding himself in this incredibly violent world. Melanie Griffith cameos as Jay’s mother and Barkhad Abdi co-stars as Jay’s translator.

Most of the supporting cast is made up of Somali non-actors, and the decision lends this often darkly comic piece an air of authenticity that many “white man in Africa” stories lack. I am thoroughly exhausted with films of black culture told through white eyes, but that’s not really what “Dabka” is in the end. It’s Jay’s story, never trying to be a definitive study of Somali pirates as much as the saga of a young man going to extreme lengths to write his first book. Peters is great, but the film could have used a tighter script. It’s too long, and a pair of animated sequences, one even set to Notorious B.I.G., just don’t work for me at all. The Tribeca version of “Dabka” is solid, but I think there’s a way to streamline this into an even better film when it’s eventually released. 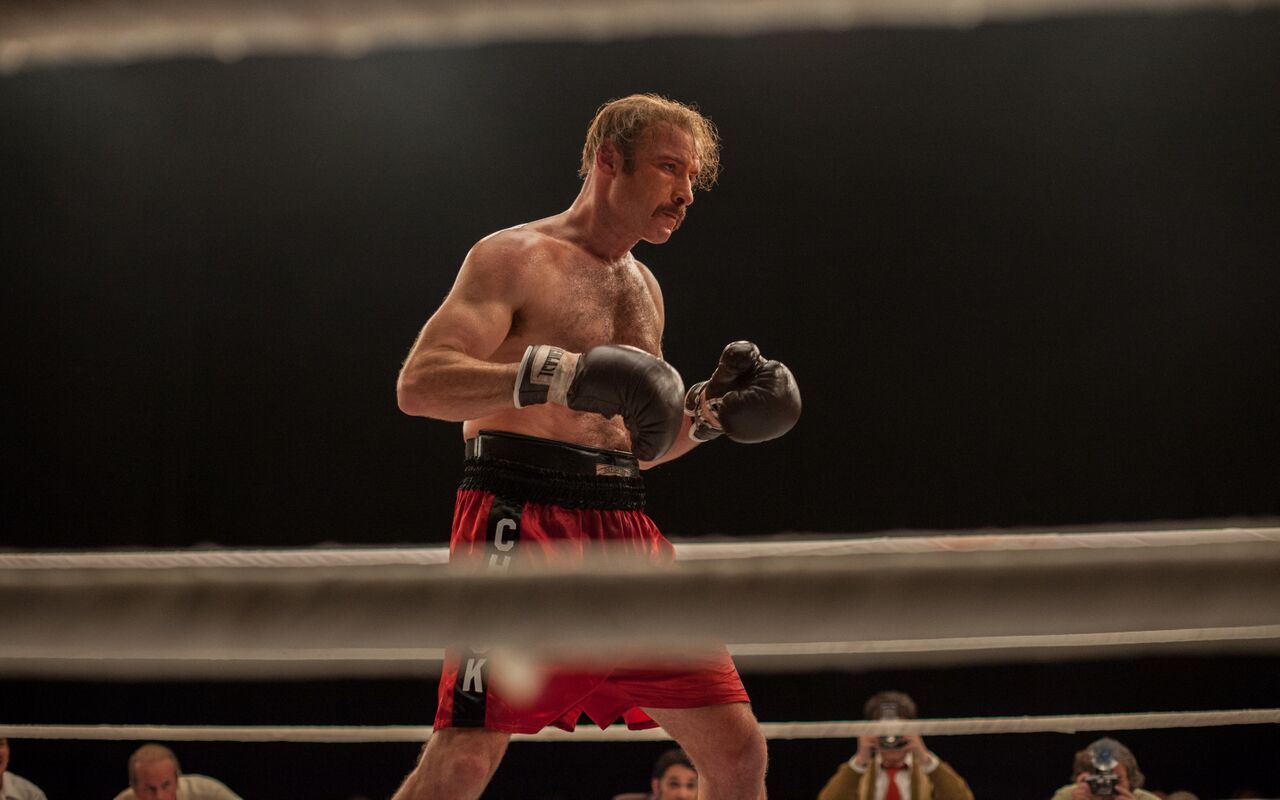 A film that’s already been tinkered with since its festival premiere is Philippe Falardeau’s “Chuck,” which was called “The Bleeder” when it premiered at TIFF 2016. I didn’t see it in Toronto, but I’m guessing it’s the first act that was tinkered with as it feels the most choppy and problematic. When the movie finally settles in, dropping a lot of the awful narration that opens it, there are scenes that work, largely because leading man Liev Schreiber, always an underrated actor, wills them to work.

The star of “Ray Donovan” plays Chuck Wepner, better known as the Bayonne Bleeder, a ‘70s-era boxing superstar who never became a household name but fought against Muhammad Ali, George Foreman, and even Andre the Giant. Wepner earned a reputation as the guy the heavyweights beat, but he was famous enough to fall into the pitfalls of success, tearing apart his marriage (his wife is played by an under-used Elisabeth Moss) and eventually pushing him into a relationship with a bartender played by Naomi Watts. Jim Gaffigan and Ron Perlman co-star.

Much of the first act is weighed down with horrendous, on-the-nose narration (“Sometimes you just can’t believe your own dumb luck”; “I couldn’t hit him so I figured I’d wear him down with my face”) and clichés about the cost of fame. We’ve seen that story a hundred times. It becomes more interesting when Wepner’s story intersects with “Rocky,” which the Bayonne Bleeder will tell you he was the inspiration for. We even get scenes with an actor playing Stallone, and an audition for Wepner to be in a “Rocky” sequel. When “Chuck” goes from another boxing story to a specific tale of a man always on the fringe, whether it be boxing or Hollywood, it develops a more interesting personality, and Schreiber is good throughout. Still, it doesn’t build nearly enough to a conclusion, leading one to believe it may have made a more interesting “30 For 30” documentary than a feature film.

Simpler but way more effective is Pat Healy’s directorial debut “Take Me,” also playing the Chicago Critics Film Festival on May 15th with the director/star in attendance. Healy stars as Ray Moody, one of those regularly down-on-his-luck, small-stakes businessmen who’s always looking for the next job, invention, or business. His latest answer to his financial woes is a company called Kidnap Solutions, LLC. For the right price, Moody will kidnap you for eight hours. Want to stop eating fast food? He’ll kidnap you if you do. Just want a kinky thrill? Ray can do that too. At first, it seems like that’s what Anna St. Clair (Taylor Schilling) wants, but when she starts changing the rules on Ray, the tables turn.

“Take Me” is a clever riff on a two-hander in that Healy and Schilling are together for a large majority of the movie. And so much of the film’s success hinges on their dynamic and performances. Not surprisingly, they’re both great. Produced by Jay and Mark Duplass, “Take Me” has a droll, slapstick, black comedy vibe. Even though you can kind of see the twists coming from pretty far away, it’s still fun when they get there.