The opening of Adrián Biniez's "El Cinco" thrusts us into the mythic world of a raucous soccer game in Argentina as the details—the players walking in slo-mo through the underground passageway towards the field, the roars of the crowd in the stands, the fluttering flags and banners, the sense of space and noise and movement—all work together to create an impression of the ferocious and practically pagan atmosphere of a sporting event. Team captain Paton (Esteban Lamothe) is thrown out of the game (there is a sense that this happens all the time), and then later, when a fan heckles him on the street, he gets into a bloody brawl with the guy. Paton is banned from playing for the next eight games.

From its opening, "El Cinco" presents itself as a "sports movie," a riches-to-rags story of a star athlete reeling in the chaos of a world where he is denied his athletic outlet. These elements represent the pressure on Paton (external and internal), but what a surprise, what an absolute treat to discover that "El Cinco" is actually a movie about marriage. And it's about marriage in a way that is, frankly, unique. None of the clichés apply. "El Cinco" is its own thing: entertaining, poignant, well-observed, and a beautiful platform for the two main actors, Esteban Lamothe and Julieta Zylberberg (a couple in real life, and a recent special guest of Ebertfest for her role in "Wild Tales").

How do athletes understand who they are once their game is taken away? How can "real life" compare to the Coliseum-roar of the sporting events? Professional athletes devote their entire childhoods to their sport, often letting other things (academic accomplishment, the development of other skills) fall to the wayside. There is outside pressure, from fans and coaches and parents, who only see the athlete in terms of his game. These people need the athlete to continue being an athlete, it fills a desire in them. Paton is lucky: he has his wife Ale, who loves him for who he is, not just for his prowess on the field. "El Cinco"'s real guts, its real heart, is its patient and detailed examination of how this particular couple operates (Biniez also wrote the script.) 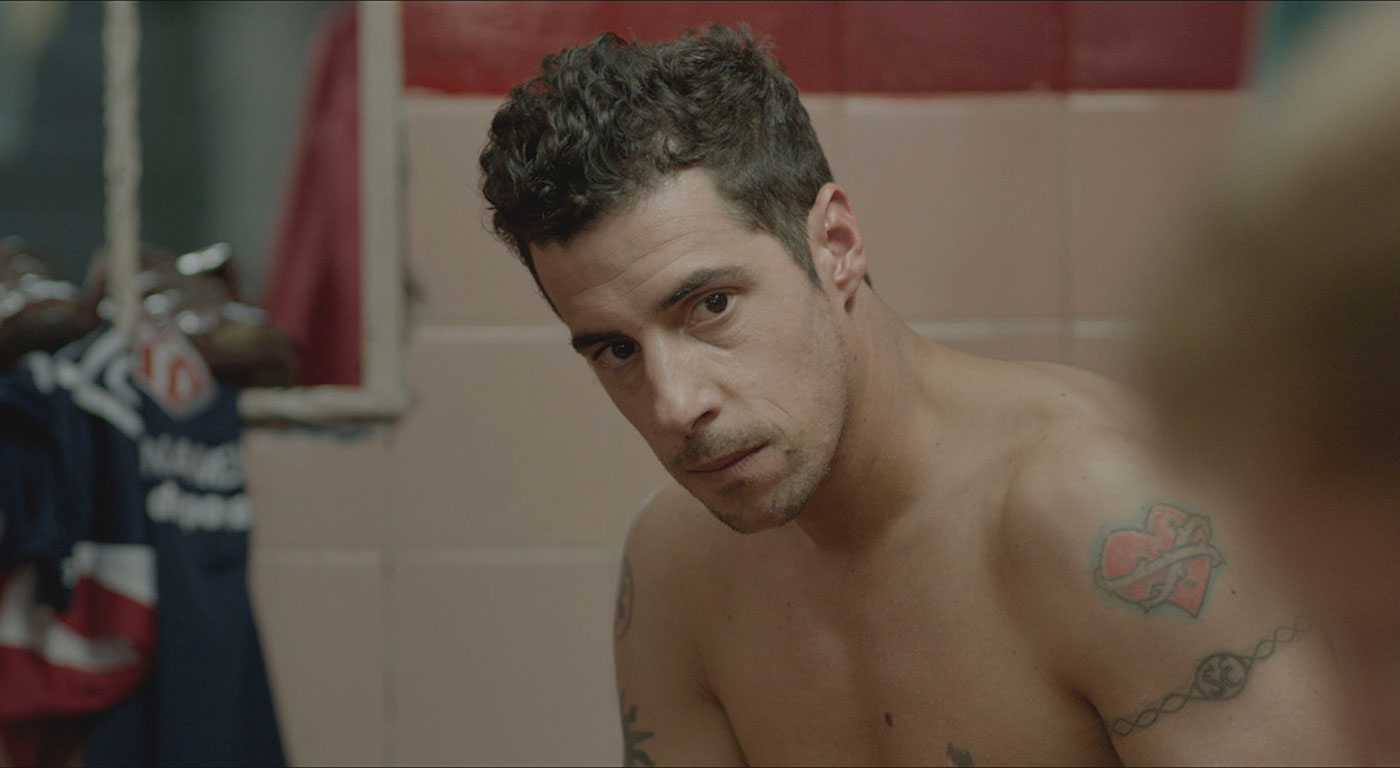 If you removed the secondary characters (like Paton's parents, or his soccer coach), "El Cinco" could work as a two-person play. It's a sheer pleasure watching these two actors together. Once Paton is faced with an 8-game ban, he makes the decision that has been dogging him for a while. This will be his last season. He is ready to move on but he is not sure how to tell his coach, his teammates, or his father. He, too, is so identified with himself as Athlete(TM) that he doesn't know what life will look like afterwards; he doesn't know if people will love him in the same way. There is some suggestion that a couple years before, when injured and no longer able to play for a while, he sank into a depression. The specter of that hovers over Ale. She wants her husband to feel okay, to look to the future, to figure out what else he might want to do with his life. Paton wants that too. She throws out ideas: we could open up a laundromat, we could maybe create a delivery service (food or clothes). He's willing to consider all of these options. They're partners in this thing.

The details of their relationship are shown in beautiful vignettes, filmed in an unfussy straightforward way. Paton is playing video games in the living room as she dyes her hair in the bathroom beyond. She's trying to talk to him but he can barely hear what she is saying, because he is engrossed in the game. A weekend trip to the country involves a failed attempt to have sex in the woods, followed by him teaching her how to ride a bike. The teasing and bantering is constant. When they talk, they really talk. They sit in their backyard, drinking beer, discussing their lives, and considering what they should do next. He needs to take a couple of exams to finish out his degree, so he starts the studying process for that. She's a math whiz and quizzes him on his homework. They practice speaking English together.

With a film like "El Cinco," it is not all that important "what happens." The plot is not "the thing." The film is structured around the time-span of those 8 games he misses during the ban, and each game is listed (where they play, what team they play against) as a chapter-marker. Through that time, Paton starts to grow up. For real, and for the first time. Letting go of soccer will not be easy. There is a sadness struggling to dominate him, the depression he has experienced before. He gets overwhelmed. He loses his car in a big parking garage during an outing to a mall, and, in a heartbreaking moment, dissolves into helpless tears. That's the thing: when you create a situation and characters that feel so alive, so true, the plot loses its ultimate importance. In its own quiet way, "El Cinco" is radical in insisting on what it is about. It is about a marriage in transition, it is about two people trying to figure out who they will be without soccer in their lives, it is about a man trying to let go, and it is about a woman trying to be there for her husband without being a nag about it. (He refuses to do his math homework at one point, and she flips out: "I'm neither a teacher nor a mother. I'm your wife. Get yourself together.") 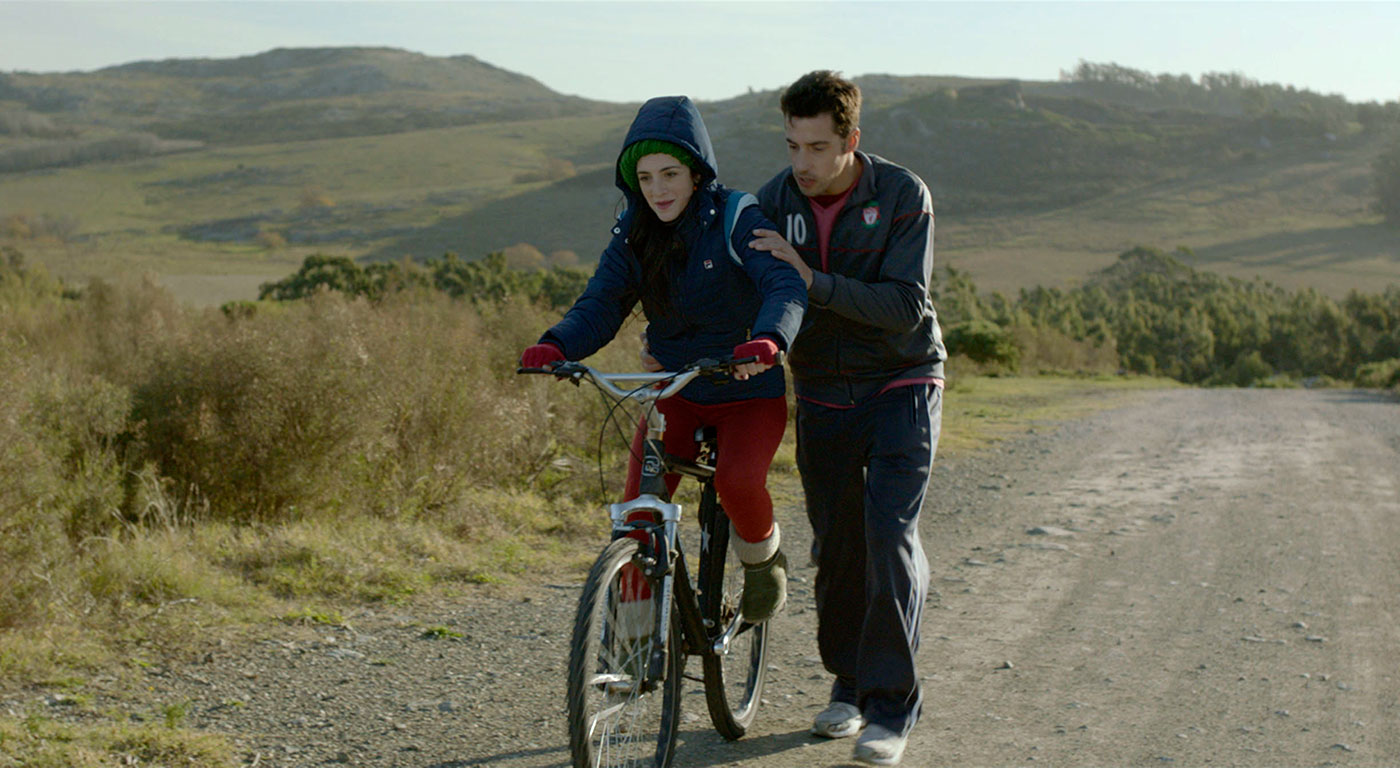 There are so many details to celebrate, so many good scenes, all of them relatively quiet, but insightful, patient. Biniez has a great eye for behavior, an intuitive feeling for the rhythms of conversation, and his two lead actors are superb. In a film that looks and feels like a "sports movie," the biggest cliffhanger moment is not the "big game", but Paton's qualifying math test. It works. All of it works.

By pure coincidence, I met Julieta Zylberberg just last weekend at Ebertfest, held in Champaign-Urbana. She was there with Damián Szifrón's wonderful "Wild Tales", which played on Saturday morning. I had just seen "El Cinco" a couple of days before and got a chance to talk with her about it at the party that ended Ebertfest. She said something  which encapsulates the charm of the film (and I paraphrase): "In film, you usually see relationships as they are beginning, or as they are ending. But in "El Cinco" you see a relationship that is already up and running, a relationship that works, although it is also in process, in transition." That was one of Zylberberg's main attractions to the script: this is something you don't see all that often!

Her comment got me thinking. The couple in "El Cinco" have plenty of conflict, but it's not the conflict you normally see in film. There's no infidelity. He does not sneak around on her. She is not a humorless nag. They are not at each other's throats. They're trying to figure things out. Together. Why don't we see more scripts like this? Perhaps there is a sense that if you remove the inherent emotional fireworks of the beginning or the end of a relationship, you will sacrifice drama and tension and interest. "El Cinco" proves that is in no way true.

"El Cinco" is one of the gems of this year's Tribeca Film Festival.