If you’re even slightly familiar with the work of Korean auteur Hong Sang-soo, then chances are you can guess the various plot elements in “The Day After,” his third feature of 2017. There’s infidelity, drinking, long discussions about relationships, loud and severe condemnations of men by women, an emotionally unresolved conclusion that hints at the characters’ cyclical behavior, and some more drinking just for good measure. In short, it’s a Hong film, a Rohmerian comedy of manners that showcases the director’s perceptive insights into the self-destructive tactics people employ to avoid embracing ugly personal truths.

The film follows Kim Bongwan (Kwon Haehyo), a philanderous manager of a publishing company who has only recently ended his affair with former employee Lee Changsook (Kim Saebyeok). His wife (Jo Yoonhee) strongly suspects her husband’s affair and assumes that his mistress is Bongwan’s newest employee Song Areum (Kim Minhee, Hong’s current muse), who is completely unaware of the events that transpired with Changsook. Naturally, chaos reigns when Bongwan’s wife mixes up Areum with Changsook, and all four have to contend with the various layered lies told to protect everyone’s feelings. Strong words are exchanged. Relationships collapse. Life moves on.

Of course, like many of Hong’s films, the actual plot of “The Day After” is largely secondary to the film’s formal strategy. Maybe it’s because I haven’t personally seen enough of Hong’s films for his methods to become tiresome or redundant, but his use of long takes and framing still excites. His now signature restaurant scenes illustrate how simple camera movements can demand attention beyond dialogue. In “The Day After,” Hong never uses shot/reverse shot to film a conversation, but instead the camera slowly tracks back and forth between two characters, isolating figures in the frame but never breaking their conversational rhythm. It’s a delight to watch these characters drink and discuss in “real time” while Hong subtly uses the camera to control the attention of the viewer.

It should be said that “The Day After” might just be for Hong completists, though there are certain aspects that might excite the average humor. For one thing, it’s funny, in the dramatically ironic sort of way. Plus, the film’s measured rhythms are punctured by sudden outbursts that are conventionally satisfying. It’s a minor work mostly because it doesn’t assert itself as anything more than a variation on a pre-existing temple, but at least for me, it’s a pleasure watch Hong perfect his style yet again. 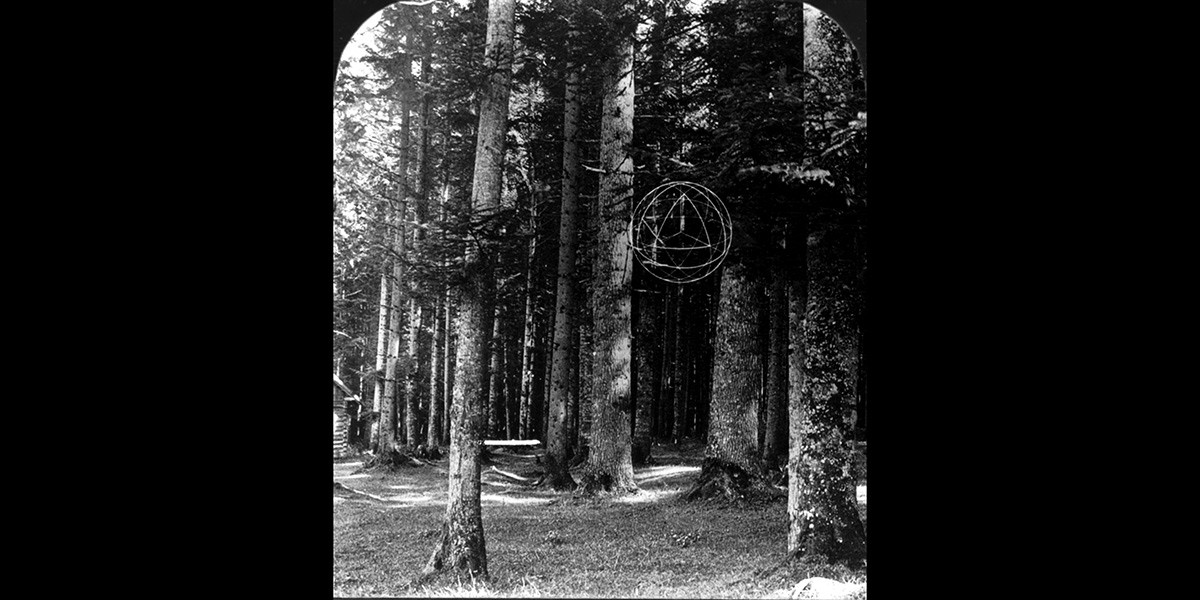 I don’t have an experimental film background, so I’m going to do my best to explain why I enjoyed Blake Williams’ debut 3D film “Prototype” in the simplest terms possible so as not to overextend my critical faculties. The feature begins with stereoscopic photographs of the 1900 Galveston hurricane. It then transitions into into a lengthy section that contains rolling waves as its central motif. After that, “Prototype” moves into ethereal imagery, produced from an old TV monitor according to Williams, set against an opaque black space. All the while, the hypnotic soundtrack established a trance-like mood that pulls you into the illusory depths of Williams’ images.

If I tried to interpret what any of this means, I’ll most likely sound like an idiot. I wager it has something to do with exploring the inner sanctum of a disaster, which in turn provides an inside-out look at history itself, but any potential explanation from me doesn’t exactly capture the confounding beauty of “Prototype.” All I can effectively communicate are the feelings it engendered inside me—a strange mix of dread and calm that invites just as much as it spurns. This feels connected to the stereoscopic strategy and the layered nature of the images, but again, any sense of structure eluded me. It’s mostly a staggering experience, albeit not continuously, that bids for more conversation. If anyone has a chance to see “Prototype” in the near future, please take the chance and see for yourself what I did and didn’t grasp from this film. 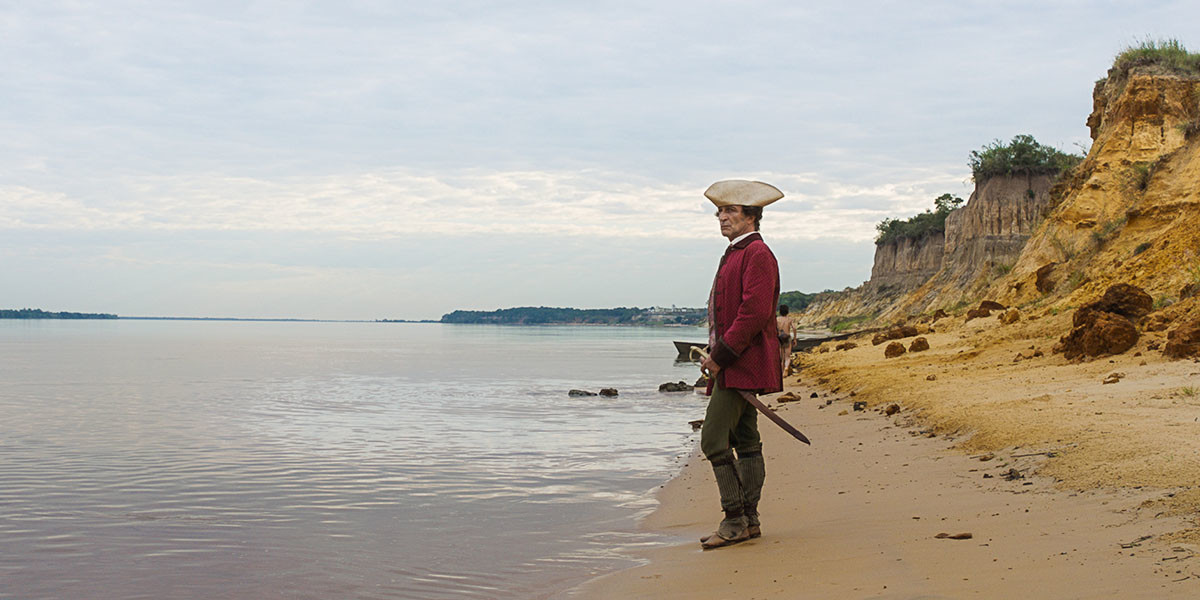 Lucretia Martel’s “Zama,” her first film in over nine years and an adaptation of a Antonio Di Benedetto novel, follows Don Diego de Zama (Daniel Gimenez Cacho), an adrift magistrate who serves on a remote colony and desperately awaits a transfer. He does little but flirt with his surroundings, populated by ubiquitous locals and slaves, and ignore his fate, until he consciously decides to make his own way, so to speak.

Forgive the vague plot description, but Martel’s film supersedes stately, yet hallucinatory imagery over its elliptical narrative. She fills each frame with bodies and objects both illustrative of colonialist wealth and the poverty of the oppressed. Events occur without much incident, yet they all have import, even if it’s elusive. Martel eschews most grounding elements: “Zama” starts in media res without any indication of setting or place, all of which are expected to be absorbed through sheer immersion. Natural noise—ruffled grass, rolling water, insect chirps—invades the soundtrack, less like an assault and more like a swarm into man’s own sounds. In short, it’s a helluva thing to look at and listen to if you give up the idea of understanding every single moment. Though it contains its simple pleasures, “Zama” is best enjoyed as an exquisitely crafted, pictorial history lesson, though one that doesn’t try to impart anything definitive. It’s a film that admittedly deserves more attention than a festival weary headspace, but it’s one that wormed its way into my head all the same. 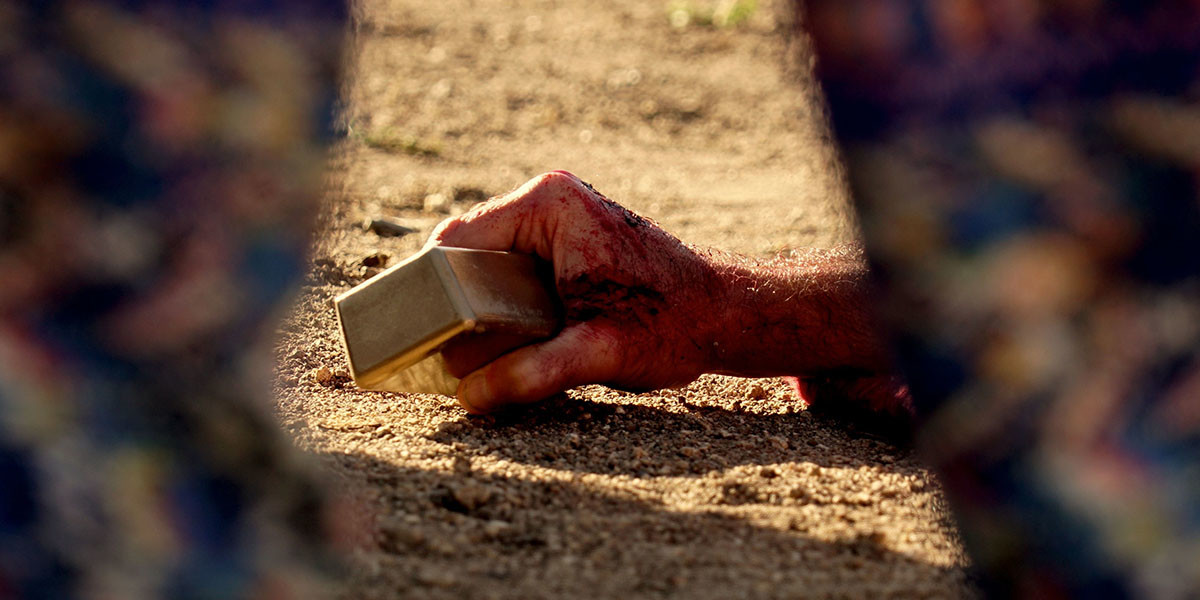 I had not seen any other films by Hélène Cattet and Bruno Forzani before I watched their latest film “Let the Corpses Tan,” but I have been informed that the feverish thriller falls in line with their established style. The film follows a daylong standoff between cops on one side and a gang of thieves and listless artists on the other. Taking its cues from 70s spaghetti westerns and exploitation films, Cattet and Forzani use every weapon in their cinematic arsenal to assault the audience—fractured narratives, whip pans, a brash soundtrack that emphasizes bullets hitting flesh and squeaking leather.

In many ways, “Let the Corpses Tan” is an exercise in fetishization, of both the human body and the visual medium that captures it. There’s a gleeful, twisted imagination at work here; it’s not just the ant colony as a metaphor for the Mediterranean villa that encloses the cops and robbers, it’s the repetition of the body and its fluids—blood, urine, breast milk, you name it—as a canvas for the full spectrum of human emotions. That all of this coexists in what’s essentially a shoot-em-up B-film soundtracked by Morricone and Morricone-esque music renders it an enjoyable romp. The style eventually becomes overbearing and Cattet and Forzani bludgeon certain tactics straight into the ground, but for a while, it’s a dazzling ride.