Stories comprised purely of heroes and villains often seem unwilling to acknowledge the fact that people, in a vast majority of cases, are utterly convinced that they are doing the right thing. This notion makes for exceedingly more interesting drama, as evidenced by two Cannes prize-winners screening at Toronto, Asghar Farhadi’s “The Salesman” and Cristian Mungiu’s “Graduation.” Both films feature protagonists who defy societal standards of morality because they believe it is in the best interests of their loved ones. Though we may be shocked by their actions, we are left pondering whether we would’ve acted differently had we been in their shoes. If society is inherently unjust, then who’s to say what is moral? What is an individual really worth when their right to life is judged by the contents of their bank account?

Just imagine, for a moment, that you’re Lao Shi, the Chinese taxi driver in Johnny Ma’s agonizing debut feature, “Old Stone.” An intoxicated man is thrust into your cab, grabs your arm and causes you to hit a motorcyclist. With time ticking away, you are forced to make a crucial decision: do you wait for the ambulance and risk having the wounded man die on the street, or do you take him to the hospital yourself? The latter would seem to be the most sensible decision, not to mention the most humane, and that is precisely what Lao does. What he soon learns, however, is that by saving the man’s life, he has sealed his own fate. Suddenly, he’s faced with unpayable hospital bills, a crumbling marriage and a now-sobered-up accomplice unwilling to take any form of responsibility. The bleak lesson Lao is repeatedly faced with is that it would’ve been wiser to simply let the innocent man die. The system is designed to punish those who act on good-hearted intentions.

Ma’s film would be pitilessly depressing if it weren’t so expertly suspenseful, and at a crisp 80-minute running time, the film kept me entertained even as it drove me nuts. Sure, there are aspects of Lao’s plight that feel too neatly contrived, and the final descent into grisly violence nearly derails the picture altogether. What anchors every scene is the performance by Chen Gang as a tragic everyman whose sanity is gradually dismantled by the cruel indifference of an uncaring world. At a time when my own personal frustration with America’s health care system has peaked, I found it effortless to empathize with Lao’s mounting outrage. When a bureaucracy values profit over survival, we are as helpless as the swaying trees featured in Ma’s recurring visual motif, forever vulnerable to the winds of chance. 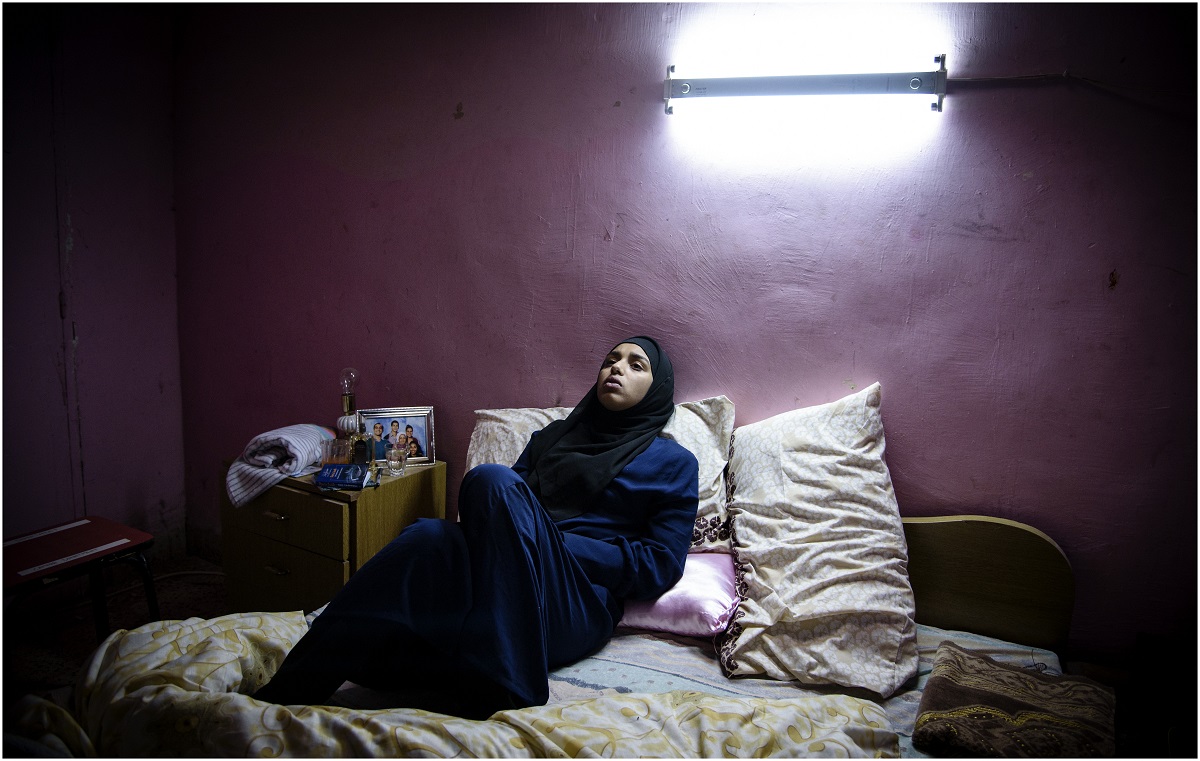 The danger of any belief system claiming to be the One True Faith is the potential of its followers to become radicalized. One of the most bewildering mysteries of fanaticism is how it can cause otherwise independently minded people to become willfully oppressed. “Layla M.”, the powerful drama from Dutch director Mijke de Jong, guides us through every step of its titular heroine’s evolution from a headstrong rebel into a virtual prisoner. As portrayed by remarkable newcomer Nora El Koussour, Layla doesn’t at all fit the stereotypical profile of a future terrorist. She’s a Dutch-Moroccan teen fed up with Amsterdam’s discriminatory measures against Muslims, such as a burqa ban that she openly protests, much to the chagrin of her family and friends. When she chastises her older brother for shaving off his beard, he explains to her that his view of Islam isn’t a political one, and doesn’t require rigorous devotion to archaic customs. For Layla, cloaking herself in a burqa is an expression of her individuality rather than the extinguishment of it, and as the ties to her past become increasingly frayed, she finds herself drawn into a relationship with a young jihadist, Abdel (Ilias Addab).

Serving as a fitting companion piece to Hany Abu-Assad’s 2005 masterwork, “Paradise Now,” de Jong’s film makes each of its protagonist’s choices frighteningly comprehensible by involving us in her rightful indignation. It isn’t until she arrives in her new life with Abdel that the mood shifts, and she starts to be treated more and more like a submissive servant rather than a participant. “I’m not just here to cook fish, you know,” she tenderly informs Abdel, whose response is mere awkward silence. The film’s most riveting scenes occur in its last act, as Layla begins pushing back against the restrictions placed upon her by a culture that had initially promised acceptance. Though the central characters are Islamic, the themes of disillusionment and alienation resonate on a universal level. This is an indelible example of how cinema can unite us during times of extreme division by placing an achingly human face on people the 24-hour news cycle teaches us to fear. 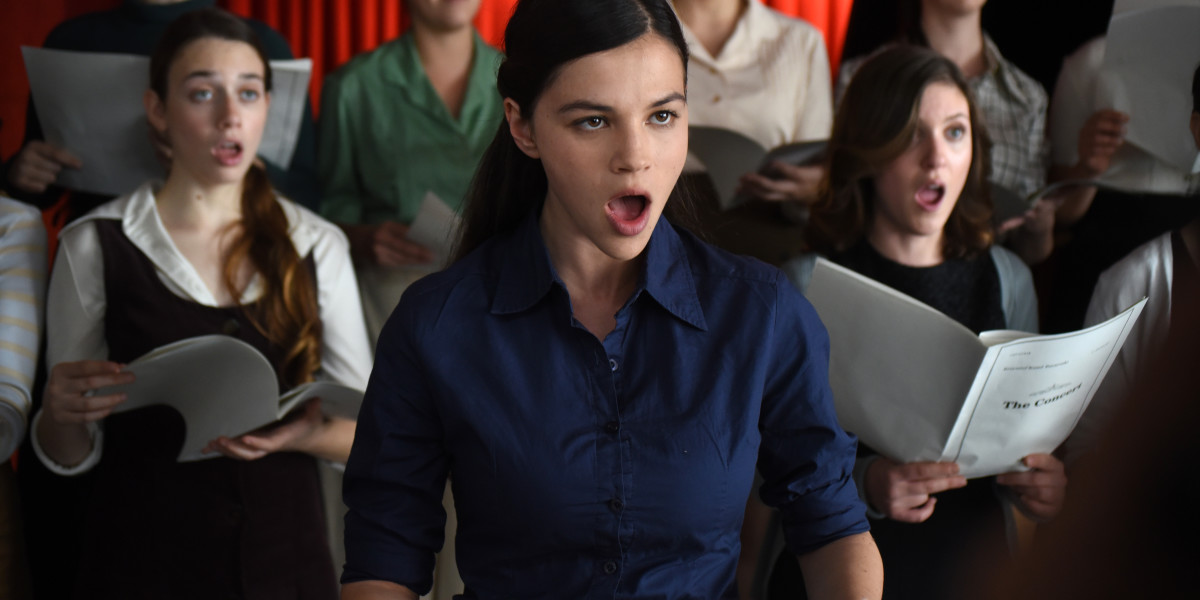 Just as Layla is told that “hatred doesn’t get anybody anywhere,” Agnieszka (Katarzyna Gniewkowska) in Avi Nesher’s “Past Life” is encouraged to forgive. Of course, that is much easier said than done. “She has such a tight grip on the past that she has little room for the present,” her son, Thomas (Rafael Stachowiak), explains to Sephi (Joy Rieger), the new woman in his life. She’s a fresh-faced Israeli singer whose familiar features trigger traumatic memories in Agnieszka’s mind during a Berlin concert. Confronting Sephi afterward, Agnieszka charges her as being the “daughter of a murderer.” Upon returning to her home in Tel Aviv, a blindsided Sephi shares the story with her older sister, Nana (Nelly Tagar of “Zero Motivation”). Already harboring a paranoia regarding her father’s murky past, Nana pushes Sephi to join her in investigating the acts he committed in Poland during World War II. Once their father, Baruch (a wrenching Doron Tavory), learns of their suspicion, he insists on sharing his side of the story with them, in the hope that it will put his daughter’s doubts to rest. Though his words contextualize the desperate choices one makes when entrenched in the hell of war, they do not spell the end of Nana and Sephi’s pursuit for the truth.

Aside from a few fleeting, imagined flashbacks, the past is left entirely off-screen, leaving us to parse through it ourselves. Nesher’s film is a richly moving experience in part because all of the characters are essentially good people caught in difficult situations. “Past Life” is an ode to the cleansing need for forgiveness—between siblings, between strangers and between generations. Faced with a life-threatening diagnosis, Nana claims that she’s paying for her father’s sins, though Sephi points out that it was her choice to smoke for years. Agnieszka clings to the belief that all atrocities are committed by monsters bereft of humanity, yet what makes the Holocaust—and all acts of genocide or terrorism, for that matter—so deeply troubling is that it was carried out by ordinary people susceptible to the same destructive instincts we all share. Rushing to judgment has been rendered easier than ever by modern technology, yet “Past Life” asks us to think twice before voicing an opinion on a retweeted headline.