My final TIFF dispatch of 2016 includes two of the best films of this year’s fest, as well as a disappointment. While many of these dispatches have been arranged thematically—Cannes, Midnight Madness, Surprise Hits—this one is literally just Things I Haven’t Written About. Consider it the grab-bag of TIFF, an appropriate way to end a festival that offers such a daily diversity of filmmaking.

Tom Ford’s “Nocturnal Animals” is a brutal tale of vengeance and regret from the stylish filmmaker behind “A Single Man.” Ford finds a way to blend the cruel sterility of the wealthy elites of Los Angeles with the blistering heat of Texas in his tiered narrative that gives an A-list cast a chance to show why they’re as acclaimed as they regularly are. It’s not a film for everyone—Ford confronts viewers right from the opening scenes and doesn’t turn back—but I found this thriller unnerving, unsettling and unforgettable.

Susan (Amy Adams, who had an amazing TIFF with this and “Arrival”) seems to have everything. She’s a wealthy, successful art gallery owner in Los Angeles with a beautiful house and a handsome husband (Armie Hammer). Susan’s life is starting to feel a bit hollow, exemplified by the shallow art installation that controversially opens the film and the quick revelation that her hubby is cheating again. Susan’s unsatisfying life gains new focus when she receives a manuscript by her author ex-husband, Tony (Jake Gyllenhaal) called Nocturnal Animals. Ford’s film then intercuts the novel which Susan is reading, her increasingly tense present day, and memories of how her marriage with Tony fell apart. How is this story a reflection of the dissolution of their partnership? Why did Tony dedicate it to her?

The story within a story is a dark tale of a nightmarish road trip. A teacher (also played by Gyllenhaal) goes on a night drive with his family when he’s run off the road by a trio of tough guys, led by a career-best performance from Aaron Taylor-Johnson. Without spoiling what happens on this stretch of highway, I’ll just say that it’s the stuff nightmares are made of and brings a local police officer (brilliantly played by Michael Shannon) into the narrative. What could a story of Texan tragedy have to do with a past marriage in New York and a present-day life in Los Angeles? Ford and his team deftly blend the two narratives, turning the story in on itself and delivering a commentary on the power of regret and decisions that can’t be corrected. The whole cast delivers, especially Shannon and Taylor-Johnson. This is a film that people will be talking about and arguing over this fall when it’s released nationally. 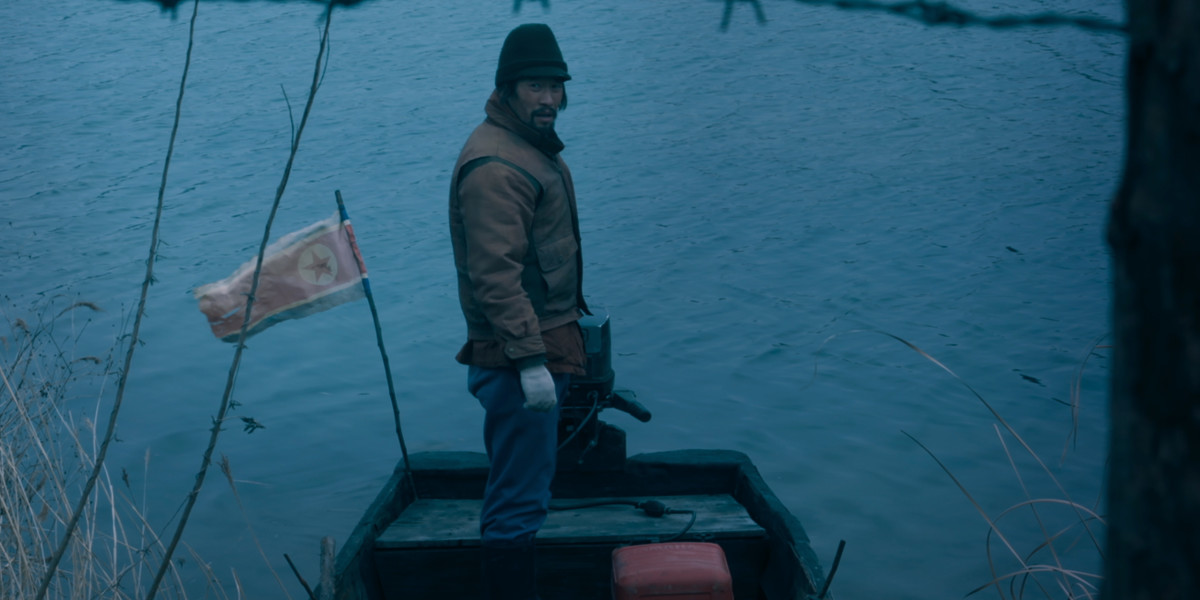 Korean auteur Kim Ki-Duk returned to TIFF this year with his vision of the Korean border as a cruel purgatory in the effective “The Net.” The set-up of his drama is beautiful in its simplicity—a North Korean fisherman’s boat engine breaks, causing his only real possession to drift into South Korean territory. The South Koreans grab Nam Chul-woo (Ryoo Seung-bum) and viciously interrogate him, worried that he might be a North Korean spy. A brutal officer (Kim Young-min) pushes his subject so far that he essentially breaks him, forcing him to now try to get him to defect. Or perhaps he could go back as a spy for the South Koreans.

Kim’s vision is that of an everyman destroyed by international politics. There’s something fascinating too about how Kim illuminates the impact of kindness in this world—let’s just say it doesn’t go well. Chul-woo decides to do something nice for someone when he’s in South Korea, and it comes back to damage him, and the only person to really be kind to him while he’s on the other side of enemy lines does something nice that will only lead to problems in the end. “The Net” feels appropriately angry at this increasingly unfair state of North and South Korea, showing how both sides work to damage the people stuck in the middle.

Finally, we have the frustrating film from accomplished Danish auteur Thomas Vinterberg, “The Commune.” The director of “The Celebration” and “The Hunt” betrays his best instincts, delivering drama that doesn’t connect on a character level and feels downright misogynistic on a narrative one. The main problem is that “The Commune” hinges on the actions of a character who is so selfish and impossible to like that one can never figure out how to read this story. Is it about how this kind of behavior can sabotage the communal experience that would benefit the whole instead of the individual? If so, the end doesn’t get us there. And if it’s a cynical tale about the impossibility of communal living, that message is muddled as well.

Anna (Trine Dyrholm) and her husband Erik (Ulrich Thomsen) inherit a home when Erik’s father passes away. It’s too big for them to occupy on their own, so Anna suggests they ask some friends to move in. It’s the ‘70s. People did that kind of thing. It works fine for a while, but then Erik goes and has an affair, and he’s unwilling to stop fooling around even after he’s caught. Anna goes and suggests that Erik’s new, young mistress move into the commune. Even in the ‘70s that’s unlikely to work out well. The balance of communal living versus traditional family could make for an interesting drama but Vinterberg’s film is tonally inconsistent and dramatically unfulfilling. Luckily, it's one of the few disappointments I faced while covering TIFF this year.