When attending a film festival, it's a reality for most critics and journalists to see their fair share of buzzed about, mainstream movies, in order to know what most people will care about over the ensuing months. And while 2016 proved to be a year where a surprising amount of hyped TIFF films lived up to their reputation, one of the pleasures of any festival is diving into the smaller films that populate the event and offer great cinema that are equally deserving of all of our attention.

Chloé Robichaud “Boundaries” begins with three shots of each of the lead actresses—Emily VanCamp, Macha Grenon, and Nathalie Doummar—standing in front of a white background. Each of them, centered and silent, looks straight at the camera for several seconds without saying a word. It’s not immediately clear what the shots mean. We’re not giving much to go on. But it’s safe to deduce at least one thing: these women are important.

Sure enough, that proves not only to be true, but the point of Robichaud’s film. On the surface, “Boundaries” is about Besco, a fictional small island country east of Canada with valuable natural resources. Resources that necessitate a gathering of interested parties—all with conflicting motives and desires—to negotiate their future. Among the group are the President of Besco (Grenon), the idealistic assistant (Doummar) to a Canadian government minister, and an American mediator (VanCamp) looking to help everyone reach a satisfying compromise. The road to that compromise (or not) and the question “Will they reach an agreement?” is what drives most of the plot (with some effective satire). But what drives the film itself is more interesting: the complex—flawed and wonderful—career-minded women characters faced with domestic and professional challenges, usually in the form of overt or subtle sexism.

“Boundaries” is ambitious in its desire to capture a spectrum of the daily struggles of what it means to be a woman—single, married or a mother—in a professional world still dominated by bullying and overbearing men looking to squeeze women away from the table. Robichaud does that exceptionally well in her own outright, but she’s especially aided by the spellbinding performances from VanCamp, Grenon, Doummar who are the genuine life force of the film—both in their acting, and the way they bring their fantastic characters to life.

Now, the fact that I’m stressing characters and theme over plot a little bit, does speak to the notion that “Boundaries” isn’t without its missteps: it’s overly in love with its location (there are far too many montages of the island landscape), it regretfully abandons the great satire in its earlier negotiation scenes, and its third act (outside of character subplots) flounders some. But none of that took me out of the film as long as it kept hitting that point we saw in the beginning: these women are important. 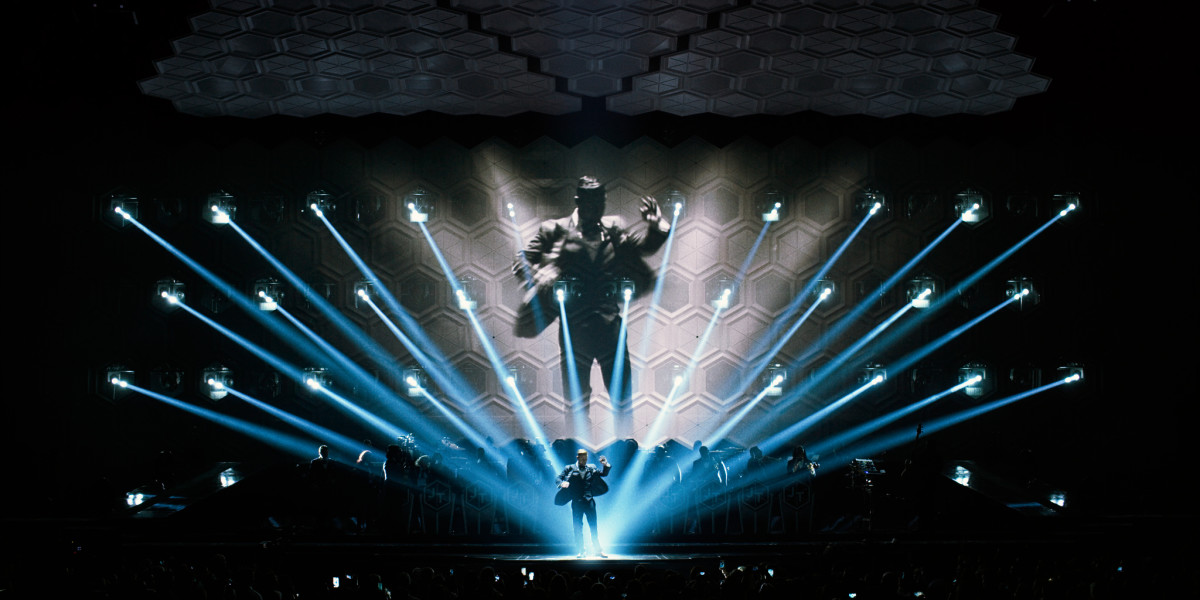 If there was one thought that kept recurring in my head as I watched the concert film “Justin Timberlake + The Tennessee Kids" it was: “Jonathan Demme and cinematographer Declan Quinn know where to put a damn camera.”

Time and again, I found myself gobsmacked by a stunning shot of Justin Timberlake and his band the Tennessee Kids performing the last night of their two-year 20/20 Experience Tour. It helps, of course, if you’re aiming a camera at a superstar as charming and talented as Timberlake. Which isn’t to say Demme neglects the talents of the impressive entourage of musicians, backup singers and dancers. In fact, some of the best shots are those that foreground the musicians and playfully leave JT blurred in the background.

It all speaks to Demme and Quinn’s unbelievable instincts for always putting the camera in a spot where you can’t imagine there was a better option. Now, none of that should diminish the impressively conceptualized and choreographed 20/20 Experience stage show—music, performances, theatrics—that provides such a rich palette with which Demme can paint his canvas. It all accumulates into what is an electric 90-minute experience that recalls something in the earliest moments of “Justin Timberlake + The Tennessee Kids.” Before going on stage, Justin Timberlake gives his collaborators a pep talk. “Squeeze every ounce of juice from this,” he tells them him. What makes Jonathan Demme’s concert film so enthralling is not just that the performers do just that, but Demme does too. 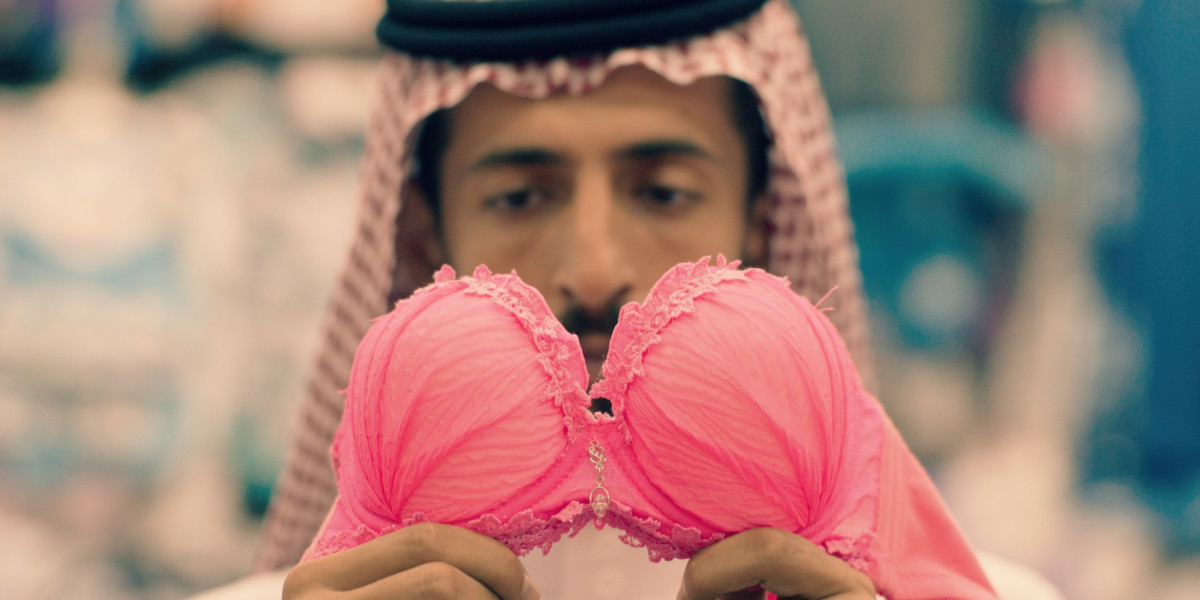 “Romantic comedy” and “political” aren’t typically bedfellows. Romantic comedies can be easily dismissed as inconsequential fantasies, not the real of social commentary. What Mahmoud Sabbagh’ s “Barakah Meets Barakah” reminds us of is that sometimes fantasies can have political power.

The first ever Saudi Arabian romantic comedy, “Barakah Meets Barakah” is a lovely one at that. Its two leads—Hisham Fageeh and Fatima AlBanawi—posses the chemistry that all great cinematic rom-com couples must have, while the film itself offers the breezy gentleness, good-naturedness and charm the best of the genre offers. It gives us an unlikely, but indisputable, pair to root for in the form of Bibi (AlBanawi) a modern Saudi who is an upper class Instagram celebrity, and Barakah (Fageeh), a low-income and more traditional civil servant. The film is also laugh-out-loud funny, thanks to Fageeh’s talent at playing naïve (it helps he’s a comedian in real life) and a rich supporting cast—notably a wildly crude neighborhood uncle.

But “Barakah Meets Barakah” is most impressive in the real-world heft it brings its rom-com charm. Dating in Saudi Arabia is extremely difficult due to strict religious rules imposed on interactions in public spaces and the film tackles that head on. It also sheds light on censorship, class and—most poignantly—the betrayal a younger generation feels that their elders allowed their country to slide into greater restriction and conservatism. It’s powerful stuff. Not just because I must, embarrassingly, confess to having been unaware of some of the cultural specifics of life in Saudi Arabia, but also because it’s impressive to see a romantic comedy be a political act—full of social criticism. Not just in its message, but by its very existence.

In that way, “Barakah Meets Barakah” achieves no mean feat. It gives us an authentic rom-com experience that’s still about something—without ever sacrificing what draws us to the genre in the first place. It is both charming and meaningful. In that Sabbagh’s film reminded me of a lesson I relearn every year at the Toronto International Film Festival: there are beautiful cinematic wonders to be found if you take the time to venture outside the buzzed-about Hollywood movies.