It’s bizarre that almost no one has reviewed or talked about “The Music of Strangers: Yo Yo Ma and the Silk Road Ensemble”—made by an Oscar-winning filmmaker, no less—in any capacity during the 2015 Toronto International Film Festival. What does that say about our appreciation for world music? I’m not trying to condemn anyone here, because I’d be just as guilty for not eating my cultural vegetables. Indeed, every time I brought up “The Music of Strangers” with fellow critic friends during TIFF the one conversational tidbit they had to offer was this Clickhole article.

Hopefully, more people will actually watch Morgan Neville’s film, because it’s an in-depth look at a diverse group of musicians with unique origin stories. But its most insightful message is broader, bringing together their shared motivation: the very noble and ambitious mission of changing the world through music. That kind of visionary pursuit is what guides so many of the collective’s members. It’s why they wake up in the morning, why they keep making music, why they stay in a terrible, thankless profession that has only gotten worse over time. I hope this doesn’t sound too cult-ish or wishy-washy, because in the minds of these musicians, bringing positive change is the one thing that keeps them going, and that’s hard not to admire. That Neville is able to bring out these earnest confessions from so many of these musicians only makes the film’s message that much more potent. These people have asked themselves: What am I contributing to the world with my music? Am I making it better? Or am I wasting my time?

The film also works well when it shows the individual struggles of the musicians, like Iranian Kamancheh player Kayhan Kalhor’s terrible tragedy following the Iranian revolution and Iran-Iraq war, when he lost his entire family. His desire to live in Iran as a free artist simply cannot be fulfilled due to the oppressive Islamic regime, and it’s heartbreaking watching him discuss his homeland, as if it were one of the many family members he has lost. Another example is Galician bagpipe player Cristina Pato, whose impressive and thoroughly unique style enchanted the world, though she found it difficult to stay true to her roots while contributing something new and altogether different to the Silk Road Ensemble, which is based on the philosophy of incorporating a multitude of musical traditions to create something new and innovative. What makes “The Music of Strangers” so fun to watch, however, and which tempers the seriousness of its subjects, is the diverse range of performance footage at play. Some of it is archival, much of it is beautifully staged across multiple countries and environments. Neville is keenly aware of how to show the musicians’ kinetic energy onscreen, and he relies on this talent to keep the film consistently alive and moving. 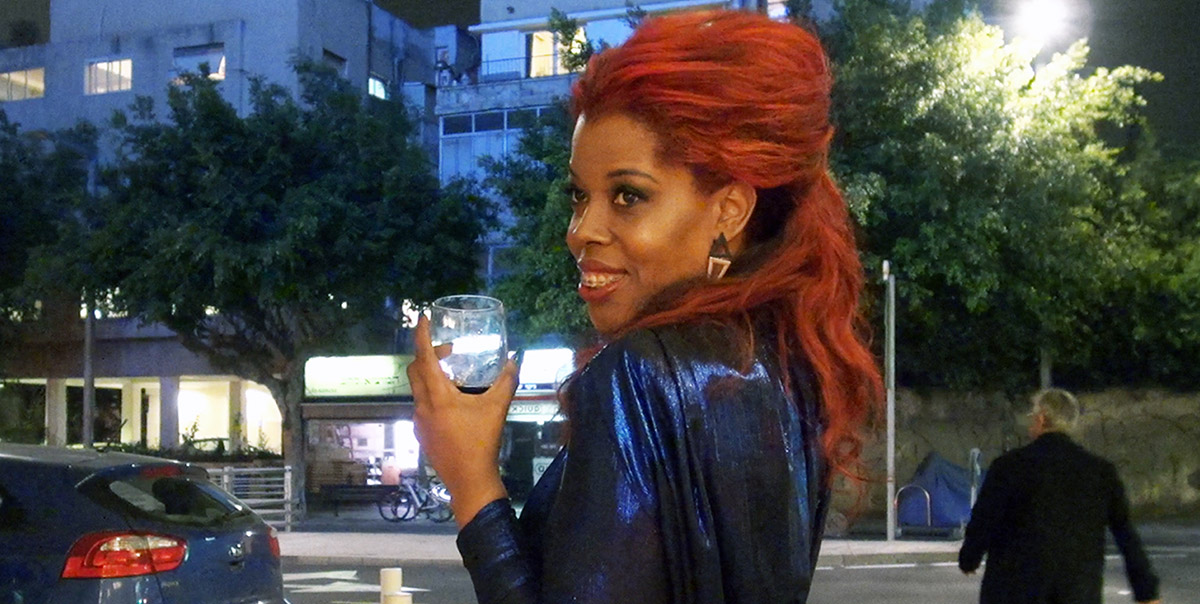 During the day, New Orleans-based Samantha Montgomery is a nurse at a senior’s home, but at night she’s Princess Shaw, posting videos of her freestyle ballads on YouTube, captured in the film “Thru You Princess.” Despite her talent, Princess Shaw doesn’t know how to grow her career and struggles with childhood traumas and financial instability. The film then introduces a very different world, overseas: Kutiman is an Israeli musician (real name: Ophir Kutiel) who uses the music of others from YouTube to create original compositions. We almost never hear him speak; most of the clean, crisply shot footage shows his beautiful, bohemian-inspired kibbutz in which he works in a zen-like fashion. We see him mesmerized by Princess Shaw’s videos. Mashing together different rhythms and melodies, Kutiman proves his worth, though it is more than a tad strange that he never informs the musicians whose work he’s essentially stealing, including Princess Shaw’s.

The film never acknowledges this issue of copyright, perhaps because it has little means to defend Kutiman’s actions. In the film, Princess Shaw is presented as being clueless of Kutiman until the very end. At one point, a friend of Kutiman’s claims that if she were in Princess Shaw’s shoes, she’d be shocked to find out about his work. This occurs early on, giving the impression that she’s referring to the clear copyright infringement. What we come to learn intuitively, as the doc progressively demonstrates Princess Shaw’s loneliness and desperation, is that this person actually meant Kutiman’s work would be a positive surprise for Princess Shaw.

The copyright issue aside, it’s also baffling how the doc got made. How much did filmmaker Ido Haar know about Kutiman while making the movie? Does Haar purposely withhold this information from Princess Shaw, who has entrusted him to document her life, so that he can get a good movie out of it? How long is he shooting her for, under the auspices of “making a movie about YouTube musicians,” as she explains it to a bystander? Is that even true? The film offers absolutely no context about these legitimate questions, and that makes the film unsettling to watch, making the viewer complicit in the deception. Her eventual, random discovery of Kutiman’s music, captured in extreme close-up for the entire duration of his song in which she tears up and becomes emotional from genuine shock, is a particularly touching moment and a beautiful climax. But the film takes too long to get there, and only briefly touches on their following collaborations together. Despite its directorial elision being so superficial and ethically complicated, “Thru You Princess” does make for a very enjoyable story—which is a contradiction. It’s rare to see a documentary work so seamlessly as if it could be fiction, but without the viewer understanding the full production context, it’s hard to say whether or not Haar’s adept storytelling abilities here are a good or bad thing.