The Wrong Time to Be Talking About Movies: Report From the Jerusalem Film Festival

This write-up will be neither as eventful as Jordan Hoffman’s nor as melancholic as Alexandra Zawia’s.

This year’s Jerusalem Film Festival took place from July 10-20. International journalists were encouraged to attend the first seven days, but I made the mistake of picking the last seven days, and in doing so ensured that I would be at an event when there were no events planned for me. I also missed the most inadvertently bombastic incidents at the festival’s opening. Not once did I see a contrail lighten up the sky; never did I hear an air raid siren; no one asked me to move to any shelter.

In comparison, my experience was rather confusing. I wafted through a festival that seemed anything but festive. Not because the people were glum–if anything, the cheerfulness of Jerusalemites during apparent war is eerie–but because the swirling details of real life colluded to make one feel as if sitting in the Jerusalem Cinematheque–the festival centre–and munching on popcorn was inhumane.

The news cycle played havoc with the event schedule to the extent that each new email brought about a drastic change in plans. The Italian Cultural Institute had an event planned to honor Cannes Grand Prix winner "The Wonders" and its director Alice Rohrwacher. First, it was declared the Ambassador would be “unable to attend” because of “unavoidable commitments”. Then, Rohrwacher canceled her visit to the festival; the event collapsed subsequently.

Easily the most high-profile cancelation belonged to Spike Jonze. Less than 24 hours before Jonze was due to conduct a masterclass, all guests received an email stating that although the filmmaker had arrived in Jerusalem, he asked the organizers not to hold the event at this time. “It [feels] like the wrong time to be talking about movies,” Jonze said in a statement.

The events that were held had to undergo their own shuffling. The festival was supposed to open on July 10 with a screening of "Dancing Arabs at the Sultan’s Pool, a magnificent structure from the time of King Herod. However, due to the security condition–Iron Dome notwithstanding–the prospect of a massive outdoor screening appealed to no sane person. Ultimately, the “opening” film was postponed by a week such that, on July 17, guests gathered at the Cinematheque’s veranda for a soiree, walked into an auditorium (still no outdoor screening) for the opening ceremony and film, then came out into the adjacent garden for what was the festival’s closing cocktail. How many other events can boast of going from zero to 60 and back again in just four hours?

Not everything was mutilated beyond recognition, though. Midway through the festival, some Israeli filmmakers called for a press conference to stress peace with Palestine. “Israel must stop the attacks on Gaza," they said. “We can't go on acting as if this situation were okay to live in." Later that night, everyone hobnobbed over drinks at a new, swanky hotel in the city, venue to a gala that shared some guests with the aforementioned press conference. It seemed like they were not having much trouble with accepting the situation as okay to live in. 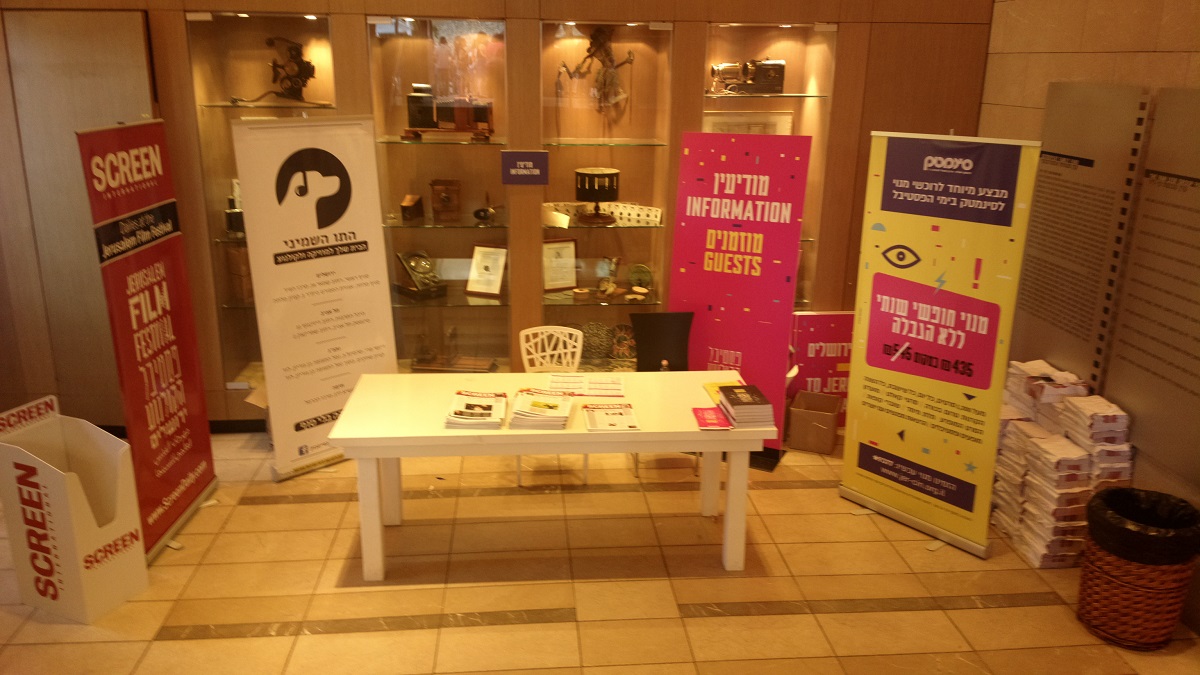 On the days after events like these, the Cinematheque was rather desolate. I walked across the verandah, a wasteland of empty chairs surrounding barren tables. There was no one at the information desk; the press and hospitality room was bereft of any soul. Walking out onto any balcony at the Cinematheque, one could see the Sultan’s Pool with rows and rows of chairs–again, empty.

On the last day of the festival, I walked into a screening of Sergei Loznitsa’s "Maidan." A documentary about the street uprisings that occurred in Kiev’s Maidan Nezalezhnosti (Independence Square) from December 2013-February 2014 and toppled Ukrainian President Viktor Yanukovych, "Maidan" premiered at Cannes to gushing reviews and for good reason. Loznitsa doesn’t opt for the tools or gimmicks endemic to documentaries; don’t look for talking heads, timelines or narration here. Instead, he frames in long and static shots the crowds themselves. Sometimes they are cooking and humming amongst themselves. Sometimes they are running at the police during an ugly skirmish. Sometimes they are staring in horror as an unseen speaker announces the sad fate of their comrades. 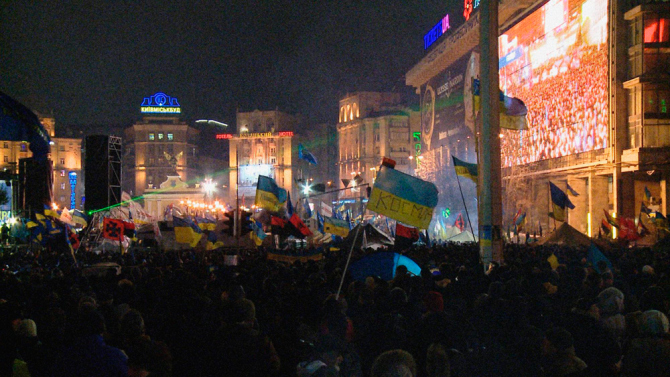 "Maidan" is a powerful chronicle and a stirring call to arms. From the idyllic and good-natured gatherings of December to the full-on onslaught after January 19, when the government passed stifling Anti-Protest Laws, Loznitsa depicts the growing stakes and rising hostility of the Maidan movement with dexterity. By the time he delivers the gut punch of a saddened mass of people chanting “Glory to the Heroes!”, he has pummelled you into recognizing the cruelty of life in this region during this era.

Seeing such a documentary while seated in Jerusalem–given the events of the past week–was uncomfortable. The images transcended the edges of the screen. The headlines I had been reading on Haaretz joined themselves not just to the featured photos in their articles but to Loznitsa’s visuals of a determined crowd pressing forward against a stronger and more advanced force backed by the state.

The end titles of "Maidan" inform viewers that while a hundred people died, a hundred went missing and hundreds more were wounded; President Yanukovych fled the country. The Israel-Palestine equivalent of this can have no such ending. The tears on the faces of the Ukrainian protesters as they bid farewell to their dead comrades are captured in heartbreaking detail in the closing frames of Loznitsa’s film.

But, here, one must only imagine the tears since there is no one to capture them.