There are two sidebars at the Macau Film Festival that alone justify the festival's existence: the "Crossfire" sidebar features older films guest-programmed by prominent East Asian filmmakers (John Woo, Chan-wook Park, Sion Sono, etc.) while the "Hidden Dragons" section features new and exciting genre films. Premieres don't matter in these sections, though there are some world premieres of newly-restored films screening in the "Crossfire" line-up, and some contemporary films in the "Hidden Dragons" section. These two sidebars are not competitive: there are no awards given to filmmakers whose work are screened.

But that's the beauty of these two eclectic slates: they're dedicated to introducing old and news films to new audiences. Macau's inaugural film festival was a success because its programmers are just as concerned with developing their audience's taste as they are in selling tickets. This is a festival that features a "Best of the Fest Panorama" section dedicated to selectively championing some of the best films that previously debuted at other fests. There's also a "Crouching Tigers" forum for industry professionals pitching exciting new genre films, including "The Avenging Silence," Nicolas Winding Refn's new project. What other festival would program "Mole Song: Hong Kong Capriccio" (my review here) the sequel to a big-budget policier directed by Takashi Miike? "Mole Song: Hong Kong Capriccio" may not even get a US release, but in Macau, it's a "Gala Premiere"! Where else can you find a collection of older films like seminal British vampire film "Horror of Dracula" days and gob-smacking Indian musical melodrama "Vagabond"? Where else can you find programming that encourages viewers to remain adventurous in their taste without treating genre cinema as a lesser form of art?

I can already hear readers grumbling that film festivals that they've been to serve similar functions. But trust me, Macau is special. Macau has a fairly intimate scale, though you have to take a shuttle bus to get to a handful of venues ... and many films screen in megalithic casinos, like the Galaxy and the Venetian. Still: there's only one screening for each film, which forces ticket-holders to really think about what they're there for. You can't see everything at Macau, but you can see most of what you want to if you play your cards right. Also, festival tickets are dirt cheap, from 50-80 patacas (roughly $6.25-10). This isn't a marketplace-type film festival, like Toronto, Tribeca, or Cannes: this is a cosmopolitan festival that genuinely tries to get viewers to try new things.

I saw just as many older movies at the festival as I did new films. Which is amazing, since I could have lived in the "Crossfire" sidebar, where I revisited classics like "Diabolique" and "The Good, The Bad, and The Ugly" through the eyes of filmmakers like Jee-Woon Kim (who introduced "Diabolique") and Johnnie To (who selected "The Good, the Bad and the Ugly"). The bad news: there were no English-speaking translators at the "Crossfire" screenings, so I was pretty much on my own. The good news: the movies are still classics that have only become more impressive over time. The acidic humor and jolting twists of "Diabolique," Henri-Georges Clouzot's masterful 1955 thriller, impressed me over all over again, as did the sheer grandiosity of Leone's iconic 1966 western. I hadn't seen these films since college, and they looked brand new on a big screen. They were funnier, meaner, and much more arresting than I remembered. Even old stuff looks brand new when seen in a new context. 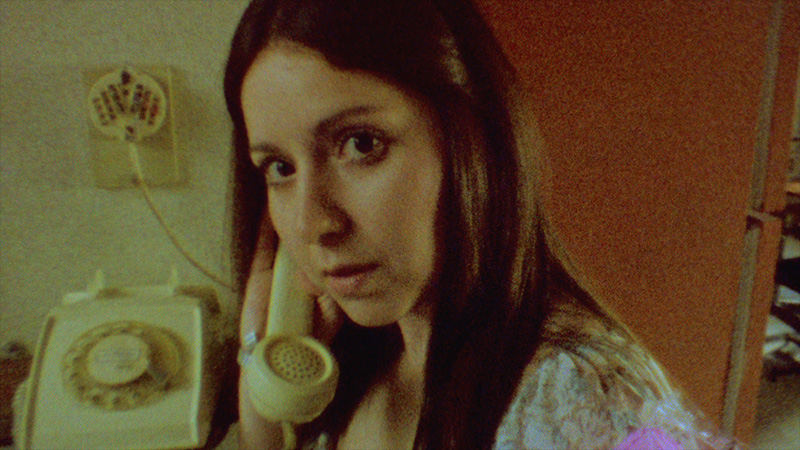 I also really enjoyed "1974," an imperfect but viscerally upsetting Mexican found footage film about a couple who may or may not be haunted by angels. I can't recall a recent found footage film that made me want to sleep with the lights on like this film did. It has all the hallmarks of other similar format films, but even the jump scares feel subtler, less cheap—more considerate, maybe. This is probably because Victor Dryere shot the film in super 8mm over the course of four years. Still, "1974" is a perfect little sliver of a film, one that isn't distractingly gimmicky, or over-long. It's stylish without being over-determined. And it's not jarringly gory, or obnoxiously pseudo-minimalistic. It's scary; go see it.

The Hidden Dragons sidebar also whet my appetite for films that, due to scheduling gridlock or jet-lagged related difficulties, I was not able to see. I already knew I wanted to catch up with Sion Sono's "Antiporno," a subversive homage to Japanese Roman Porno softcore "pink" films, and Kiyoshi Kurosawa's "Daguerrotype," a new ghost story set in France. But I'm now also quite eager to catch up with "Seclusion," a new horror movie about novitiate priests by Filipino filmmaker Erik Matti. I didn't know of Matti before coming to Macau, but have since heard nothing but good things about "Seclusion" from ScreenAnarchy's Asian editor James Marsh. I can't wait to check Matti's work out for myself.

Visiting Macau also gave me the opportunity to see "Judge Archer," a 2012 martial arts film, and the best new action movie that I've seen in months. ("Judge Archer" didn't play at the Macau Film Festival, but I saw it during my travels.) The film was written and directed by Haofeng Xu, the screenwriter of Kar-wai Wong's "The Grandmaster." Xu has written and directed a handful cerebral, expertly-choreographed martial arts movies, but only one of them got a theatrical release. Both "The Sword Identity" and "Judge Archer" were dumped on DVD, and the latter title didn't even escape distribution limbo until earlier this year, four years after its initial production/Chinese release.

"Judge Archer" is a melancholic, but critical story about the last "Judge Archer," an arbiter of disputes between different martial arts schools. The film's narrative is elliptically parsed through brisk flashbacks that are integrated into a present-day narrative. It's a puzzle-film, and one that requires multiple viewings because of its exceptionally well-layered plot. And it's exactly the kind of movie I might find in future editions of the Macau Film Festival. I can't wait to return for more.