The Kids Are Alright: The 2016 Sundance Next Program

Editor's note: Sophia Nguyen is one of three recipients of the Sundance Institute's Roger Ebert Fellowship for Film Criticism for 2016. The scholarship meant she participated in the Indiewire | Sundance Institute Fellowship for Film Criticism, a workshop at the Sundance Film Festival for aspiring film critics started by Eric Kohn, the chief film critic and senior editor of Indiewire.

Sundance’s Next section used to define its purpose bluntly: to highlight “no- and low-budget filmmaking,” and what Festival Director John Cooper called, in 2010, “an emerging counter culture within our counter culture.” Six years in, the program’s stopped talking money in polite company (though dubbing its members “a ‘greater’ next wave in American cinema” throws back to when staffers referred to the section internally as <=>: “less is greater than”). The vague mentions of “digital technology” and “”innovative, forward-thinking approach” don’t really clarify Next’s reputation as the oddball, catch-all section where movies are sheltered (or quarantined) from the main competition. But this officially-stated sensibility, and that little inside joke, go some way toward explaining the section’s broad interest in youth—as well as its subtler, self-referential streak.

With feature debuts and sophomore efforts taking up most of the 2016 class, it’s unsurprising that so many of this year’s Next flicks are coming-of-age tales. But it is striking that two hinge on drug deals gone bad. Comparing J.D. Dillard’s “Sleight” and Steven Caple Jr.’s “The Land” feels as inevitable as it is unfair; “Sleight” (sorry, because this too is inevitable) is slighter. A street magician named Bo starts dealing to care for his moppet sister and shiny-haired girlfriend, and pisses off the local kingpin. Dillard palms the sci-fi from Christopher Nolan: pursuing ever-greater illusions, Bo makes himself into a cyborg, tinkering with batteries and his body. Can he pull off one last disappearing act? When the good-kid-in-over-his-head story turns into a superhero origin tale, “Sleight” feels like a cheap trick. It feels, actually, like a mislabeled Marvel audition tape—too calculated to be any fun, and too “fun” to break in its premise.

By contrast, “The Land” never stops taking its story seriously. It has characters, not a modular set of pre-fab genre tropes; their home feels real, and their poverty has consequences. Even though the plot winds up just about where you’d expect, following this quartet of skateboarders through the run-down neighborhoods and abandoned buildings of Cleveland leads, in a meandering way, to the movie’s core revelation: how recklessness can spring from wild need, for something bigger and brighter.

Another two movies concern arrested adolescence: Andre Hyland’s “The 4th” and Tahir Jetter’s “How to Tell You’re a Douchebag” are comedies about guys who should know better but don’t. Jamie, falling into very stupid and strangely hilarious mishaps right before a holiday cookout in “The 4th,” can’t seem to catch a break. Ray, the womanizing lead of “How to Tell You’re a Douchebag,” can’t shut up—especially not in front of the media star he’s crushing on, Rochelle. Set on opposite coasts (Los Angeles and Brooklyn, respectively), these movies feel intensely local, populated with sharply-drawn secondary characters. Still, there’s some neighboring, if not shared, emotional territory: a no man’s land of twentysomething adulthood, seeded with the small explosives of self-absorption. 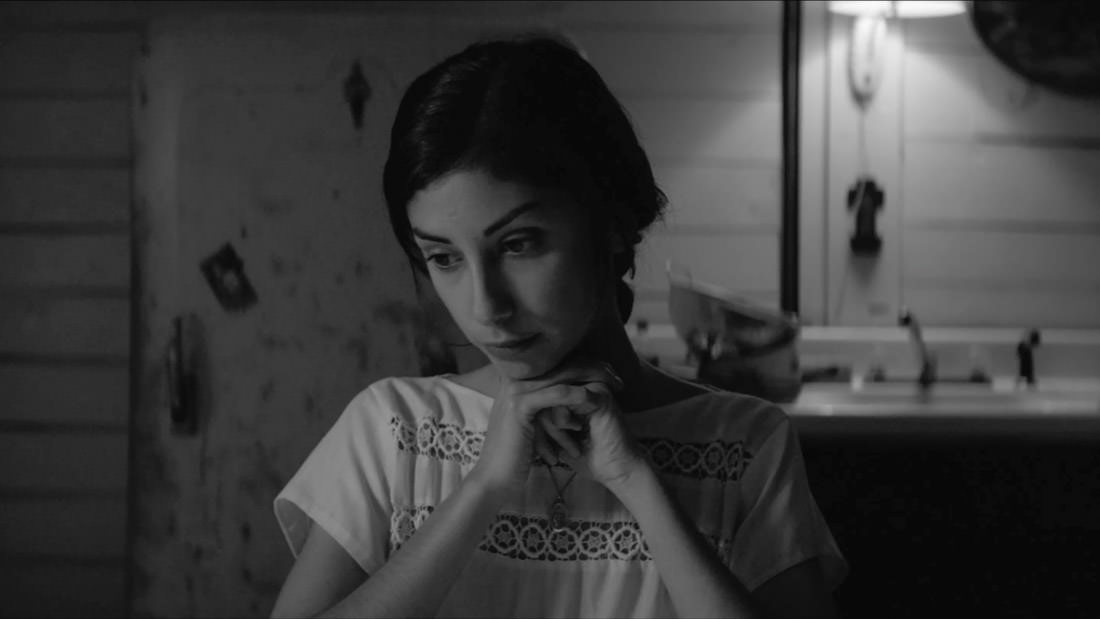 Lest anyone think Next was a boys club this year, a trio of films turned their gaze on feminine experience. “The Eyes of My Mother,” built around the relationships of a young woman who lives alone on a farm, refracts that experience through a funhouse mirror of Gothic horror. Its histrionic idea of psychology verges on laughable—and only a male director would dress his monstress in little lace lingerie—but the atmosphere of deep dread and desperate loneliness, cut through with religiosity, makes the viewer into a believer.

“First Girl I Loved” returns us to our universe, intimately focused on Anne, a high-schooler discovering her sexual identity; her best friend Clifton; and her crush, Sasha. Their story consists of ordinary joys and injuries, which led some to dismiss the film’s collage-like construction as manipulative, ginning up an unremarkable plot. But the characters’ hazy memories and shrouded secrets—clarifying only through earned confidences, in quiet spaces—feel painfully true.

Also anchored by a stunning lead performance, Anna Rose Holmer’s “The Fits” takes a more dispassionate approach, which only breaks in the final minutes. Toni, an eleven-year-old boxer, switches over to the drill dance team, and thus to the other side of a sex-segregated world. As the older girls suffer fainting spells, she watches with powerful curiosity and, later, envy. The film is rigorously confined, keeping close to the local recreation center. It’s a puberty narrative without adults, and a hysteria narrative couched in physical prowess, not delicacy. But Holmer’s movie guards its central mystery, refusing easy, one-off revelations.

While the other three films in Next don’t dwell on the agonies of youth, this doesn’t save them from having mild existential crises about image-making itself. They share a restless, introspective quality that sometimes tips them over into solipsism. “Dark Night” unfolds over a tense day before a movie theater shooting. Going about their lives, the six, largely unnamed, characters all seem dislocated by screens and lenses: their necks crane over their iPhones, they plug into video-games, they contort themselves for selfies. Though the director, Tim Sutton, coolly withholds the after-school special moral, his film expresses a deep mistrust of simulated worlds, and the flattening and fracturing of our own. 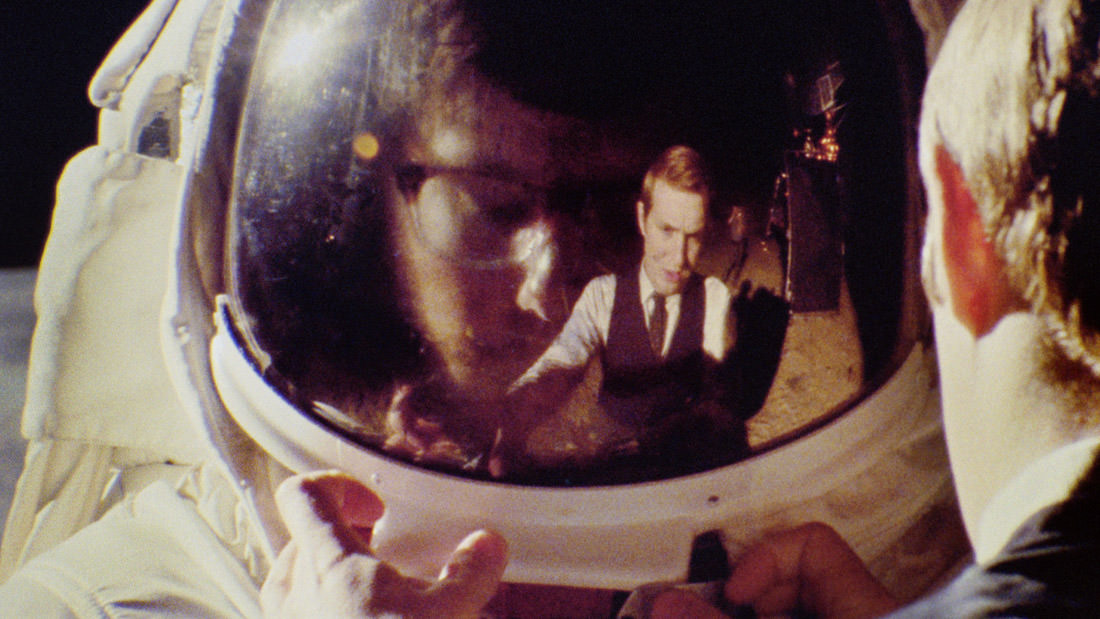 Meanwhile, Matt Johnson’s “Operation Avalanche,” playing the moon landing conspiracy with a straight face, is more cheerful about suspicion. This warmly-lit found-footage fiction, about CIA agents who film a false Apollo 11 mission to fake out the Soviets, is essentially a buddy comedy and caper movie: lovable nerds steal special effects from Kubrick out of patriotic duty, messily documenting their process. The story stalls when it tries to take a sharp right turn down “The Parallax View.” With a mentality owing more to today’s technophiliac maker culture than to 1960s’ post-assassination paranoia, it makes for an unconvincing political thriller.

The other movie making its DIY aesthetic into its story is Bernardo Britto’s “Jacqueline (Argentine).” The mockumentary follows an unnamed director and narrator (played by a mordant Wyatt Cenac) down to Argentina, where he’s filming Jacqueline, who claims to be blowing the whistle on a plot to assassinate an Arab politician. The plot is about whether there is one—is Jacqueline ex-French intelligence, like she claims, or is she a fraud? And is the movie crew also a target of the conspiracy, or are they just incompetent? It’s a deadpan shaggy dog story, following their half-hearted efforts to invest random events with significance and edit meaning into incident-free footage. When, after their equipment goes missing, the intern-turned-cinematographer grouses, “We’re shooting this on a f--king iPhone,” a knowing chuckle rippled through the theater I was in. When the voiceover asks, midway through, “If the world didn’t need it, and the world didn’t want it ... what was the point?”—the exercise began to feel more painful than playful.

This year’s Next offerings are loosely threaded together by a common theme: individuals struggling to define themselves, and to find meaning in what they do. The future of independent film, the so-called “next wave in American cinema,” rarely leaps fully-formed from makers’ heads and into the world. But the growing pains are interesting to watch.