The first day of Telluride was colored by some unpredictable conditions. First, the weather. From what I've been told, rain is not too common of an experience for previous fest-goers, especially in the form of a downpour. Throughout the morning, the clouds threatened a rainstorm, the sun poking through the clouds to tease us. The ground was a little muddy, and the mountain view was only 99% gorgeous instead of 100%, but today felt like a day of opportunity. After all, today was the day that a lot of anticipated films would finally reveal themselves in world premieres: "He Named Me Malala," "Suffragette," Anomalisa," "Room," "Amazing Grace," among others.

But as a surprise to the people of Telluride, both of the press and public variety, another set of clouds loomed overhead. I'm referring to the fate of the music documentary "Amazing Grace," which Sydney Pollack shot in 1972 of Aretha Franklin recording what would be her best-selling album. It's a collection of footage that's been off the grid for decades, and Telluride and Toronto both have it on their schedules.

As of Friday morning, the documentary was all set to go. I didn't even know about any legal trouble with this film until someone at the press orientation asked the fest reps what they would do if Franklin successfully blocked the film. The response given to the reporter by a Telluride rep seemed confident, as if it was more just a matter of negotiation between two attorneys. You could even picture the handshakes and inevitable understanding from the type of self-assured tone this was conveyed to us with. With this in mind, "Amazing Grace" was a near-definite for my schedule, the world premiere of the Brie Larson film "Room" be damned. After all, something was worth sharing in 2015 from this film made in the 1972, but what was worth keeping a mystery? 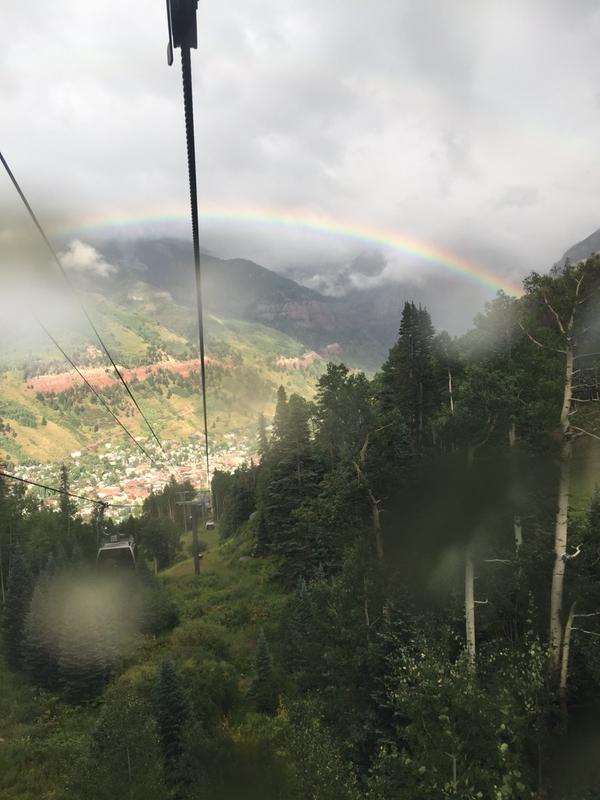 As I rode the gondola up the mountain with Variety's Justin Chang and the Chicago Tribune's Michael Phillips to our first screening at the Chuck Jones Cinema (showing "He Named Me Malala"), "Amazing Grace" was the question mark that fascinated us. Films don't get canceled like this at festivals, especially hours before they premiere, never mind after they've been secured with the help of specific donors, placed in the program, and its guests flown in (we were even told at the press orientation that we'd all fall in love with a certain choir director after the film). If the film is all set in these matters, permission to screen the film is also there too, right?

Not so the case with "Amazing Grace," as it turns out. Yesterday afternoon, A judge granted Franklin the injunction to stop the movie from playing Telluride, and Pollack's doc immediately became a what-if of the fest. In an interview with The Hollywood Reporter, John Kane, the judge who ruled on the case, was pretty straightforward explanation for his ruling. "Even though Pollack had permission to film it, he didn't have permission to release it." As the story goes, a producer named Alan Elliott has the rights to the footage that he bought from Warner Brothers in 2008, but Franklin's blessing was always a required element.

When "He Named Me Malala" started, "Amazing Grace" was still up in the air. Two hours later, by the time Justin, Michael, Joe Morgenstern from the Wall Street Journal and I were riding back down the Gondola, the film was officially dead for Telluride. A widespread email came from a festival publicist laying clear in one sentence the status of the film, and that was it.

In the spirit of a haven where watching/loving films is the main purpose, of course unpredictability is not always a bad thing. That very gondola ride back to town, with no "Amazing Grace" in our future, yielded a charming little sight as we descended down the mountain. A clear-cut rainbow, as built from previous impressions of bad weather, making room for other opportunities.

And in the end, the sun did come out while I waited to get into "Room," my second film of the day. But of course, the end of that screening sent everyone outside to face a downpour. I assume Colorado's sky did this just to keep fest-goers on their toes - whether it's about stern ideas of what you're definitely going to see at Telluride, or whether it's worth carrying an umbrella on a cloudy day.