In the promotional trailer for the Sundance Film Festival that prefaces every screening this year, the marquee of Main Street's Egyptian Theater lights up with a torrent of film titles, posters, and moving images from previous festival success stories. Busy, expectant vibraphone music plays: remember "Clerks?" And "Bottle Rocket"? "American Movie"? "Beasts of the Southern Wild"? They were all here first! This intro's more charming than cheesy, which is as good as one can hope from a commercial. And it is a welcome reminder for prematurely jaded neophytes like me that Sundance is still a place to discover new films, and new filmmakers. I mean, yes, there is such a thing as a stereotypical "Sundance film." And yes, recognizable names like Marjane Satrapi, Anton Corbijn, and Gareth Evans do make this year's line-up especially appetizing. But most of the names dropped in the festival's Egyptian-shot introduction are ones I like. So every time I see the festival's introductory advertisement, I reflexively roll my eyes and expect my sense of anticipation to be proven wrong by bad films.

Israeli documentary "The Green Prince" was my first pleasant disappointment. Based on its subject's memoir, "The Green Prince" concerns Hamas supporter Mosab Hassan Yousef's time spying for the Israeli Shin Bet security agency. As the son of a key Hamas leader, Mosab became a vital asset for Shin Bet, though not always a cooperative one. In "The Green Prince", Mosab and Gonen Ben Yitzhak, his Shin Bet handler, recount their shaky collaboration, from Mosab's recruitment to his later attempts to escape the Shin Bet's control.

Director Nadav Schirman ("The Champagne Spy") does try too hard to sensationalize Mosab's story, particularly during the film's "Bourne Identity"-meets-"Unsolved Mysteries"-style dramatic re-enactments. But Schirman also knows how to film Mosab and Gonen during crucial interview scenes. Meaning: he knows how to use an extreme close-up, a major asset given how much of "The Green Prince" is footage of talking heads. More importantly, Schirman streamlines Mosab's life-as-a-reluctant-spy narrative while eliciting vital contextualizing insights from both Gonen and Mosab. It's especially interesting to see Gonen explain how he always needed to be a little wary of Mosab, or Mosab describe how excited he was to be an Israeli spy. "The Green Prince" could have used a steadier creative hand, but Schirman does a fine enough job.

The next film I caught was a critics' preview of "A Most Wanted Man", which I will write about on Sunday, when it premieres for the public. Check back for that review Sunday night. 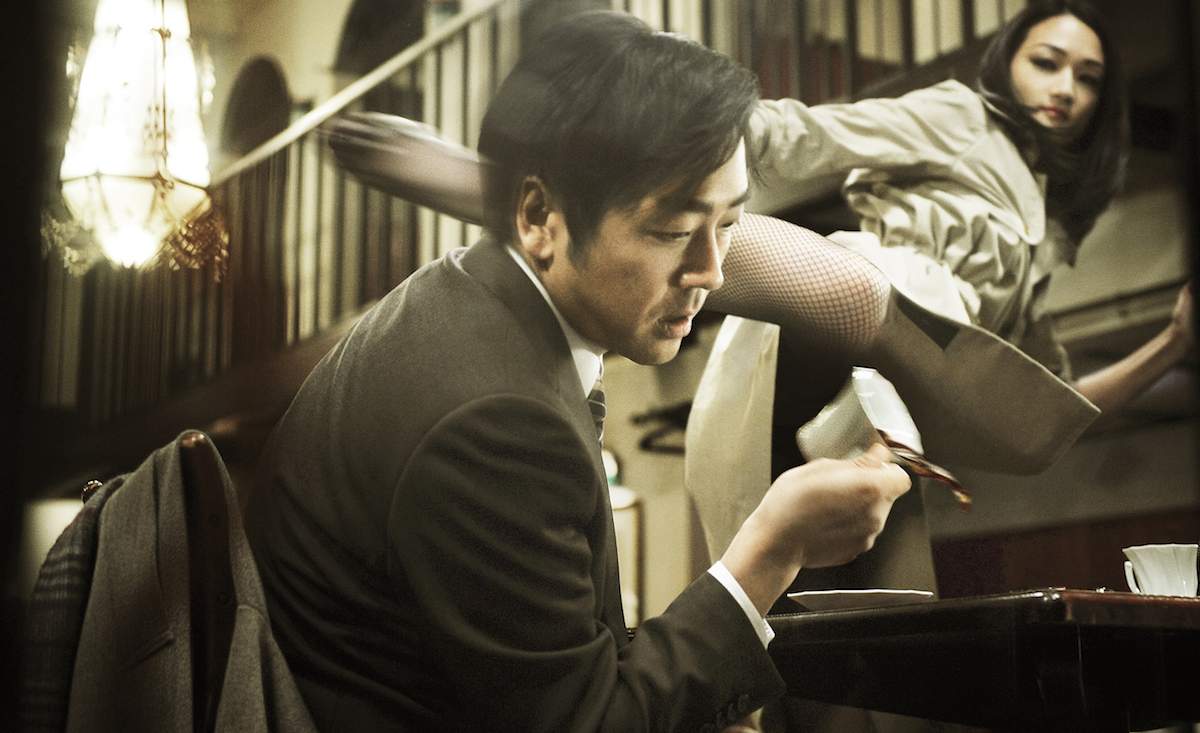 Finally, the film I'm most hesitant to recommend is "R100," a new absurdist comedy by Japanese comedian-turned-filmmaker Hitoshi Matsuomoto ("Symbol", "Big Man Japan"). Matsumoto hasn't made a boring film yet, but "R100" is bizarre even by his outre standards. How does one describe a comedy in which a nebbish family/salaryman (Matsumoto) explores a newfound love of S&M using an escort service whose dominatrices unpredictably assault him whenever they feel like it? To reach a state of orgasmic euphoria, Matsumoto's cypher allows himself to be kicked, flogged, and sneered at in public. But then the S&M agency he hires goes too far, and starts showing up at his workplace, his comatose wife's hospital bed, and his family home. Here's where the film gets really nuts, and becomes a lost Kobo Abe story directed by "Audition" director Takashi Miike or "Toxic Avenger" director Lloyd Kaufman's Japanese equivalent.

I wish I could praise Matsumoto's latest more heartily, though the Adult Swim/arrested adolescent crowd is sure to love it. It's as cheerfully nasty, and weirdly perky as the best cult film. And like Matsumoto's previous films, "R100" is all about Matsumoto. Here, Matsumoto apologizes for the way he nervously leans too hard on some jokes in his three previous films. Each new encounter with an overbearing dominatrix suggests that Matsumoto understands that he can only feel validated as an artist by making himself absurdly powerless. Each new humiliation makes his onscreen persona a little more pitiable, and a little less sympathetic. Matsumoto openly acknowledges this by film's end by having the S&M agency's manager explain that masochistic impulses lead to sadism. So to make himself feel better, Matsumoto is essentially punishing anyone that ever thought to passively enable him, especially his audience. "R100" is not for everyone, but it's as inspired as it is wantonly cruel.