Sundance Report: "Skeleton Twins" and "The One I Love"

Over the years Sundance has garnered a reputation for programming ho-hum films about middle-aged white people going through existential crises. Whether that crass categorization remains to be accurate in 2014 is up for debate, but it should be noted that while both "The Skeleton Twins" and "The One I Love" fit the mold that detractors describe, they also subvert Sundance clichés in impressive ways.

Charlie McDowell's nuanced directorial debut, "The One I Love" follows Ethan (Mark Duplass) and Sophie (Elisabeth Moss), a married couple struggling to retain the same vitality their romance once had in spades. In an attempt to rejuvenate a fading love, their therapist (played by Ted Danson) recommends they escape to a serene countryside home for the weekend. 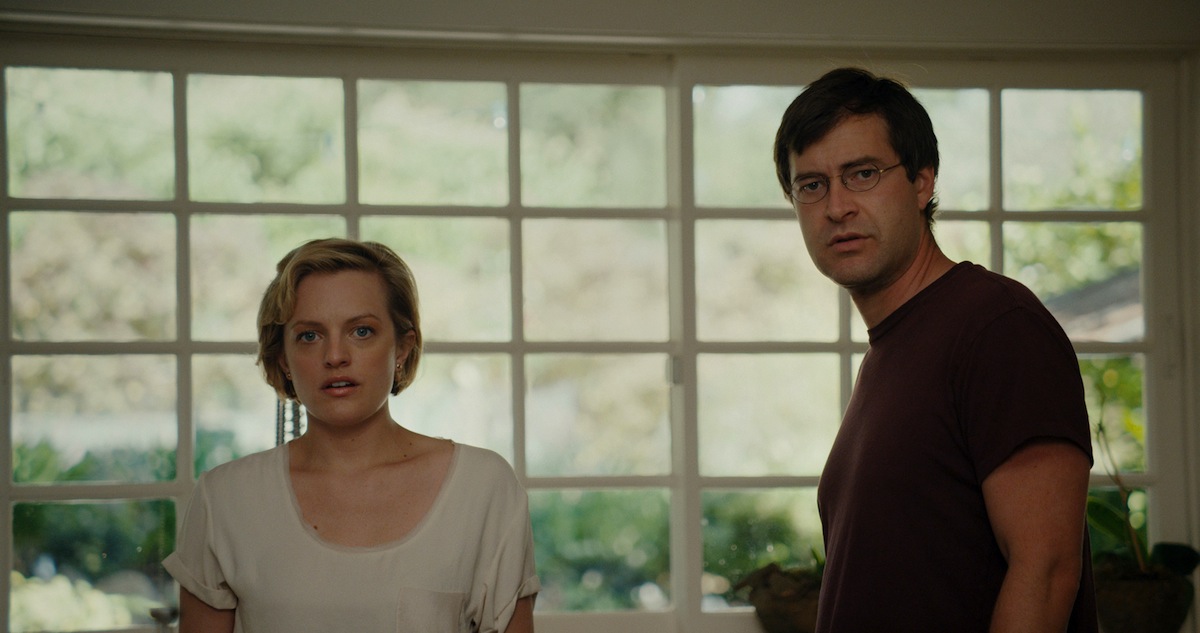 The central conceit of the film (which will go unexplained for the sake of surprise) feels like a watered-down version of a Spike Jonze/Charlie Kaufman project. Still, considering McDowell's limited resources, it's admirable just how much "The One I Love" manages to wring out of its simple yet creative concept.

Duplass and Moss (who are both involved in other Sundance projects this year) are believable as a couple on the brink of separation. Their conversations about everything from infidelity to stagnation will ring true to anyone who has been in a relationship. The two are desperately attempting to rekindle a love that once burned with passion. It takes a peculiar turn of events for them to reconcile with the fact that the past cannot be duplicated, no matter how desperately they wish it could be. Through these two characters, McDowell dissects our proclivity to search and long for an idealized, utopian love.

Less romantically inclined is "The Skeleton Twins", a seriocomic piece of work telling the story of two estranged siblings who reunite after one attempts suicide. It's been ten years since the "gruesome twosome" (as their Dad once called them) has seen each other. Milo (Bill Hader) is a gay aspiring actor in LA who spends most of his time waiting tables and auditioning for roles he never receives. Maggie (Kristin Wiig) has taken the more stable route marrying an optimist (Lance played by Luke Wilson) and working as a dental hygienist.

Written and directed by Chris Johnson, a good bulk of "The Skeleton Twins" revolves around the two siblings attempting to figure out what has happened with their lives, and most importantly, their once ironclad relationship. It takes Milo staying at Maggie's home in New York for them to finally reconnect in a meaningful way. The two bond over their proportionally poor decision-making: Maggie continues to cheat on Lance with her scuba instructor and Milo continues to seek out his high school English professor with whom he once had a (illegal) tryst.

Ever since their appearance together in 2008's "Adventureland", Hader and Wiig were poised to create something of comedic and dramatic intrigue. To the surprise of no one, the two ex-SNL cast members converse with the naturalism and fragility of brother and sister whose bond has broken. The synchronicity between Maggie and Milo makes their relationship something special. Each seems equally disenchanted with life, leading both to a state of ungainly depression. It is through their time spent together that they are able to, if not mend, then at least better each other's lives.

Admittedly the ending of the film—an asinine confluence of coincidence and contrivance—nearly undoes all that has come before. But it is in the power of these two identifiable characters that "The Skeleton Twins" remains enjoyable and poignant. In the film's best moments, Johnson's striking sophomore feature makes us laugh and cry, sometimes within the same scene.