This year’s U.S. competition featured an unusual trend—two films about young women rappers, and the way that their skills are influenced by where they have come from. Geremy Jasper’s “Patti Cake$” is the story of a Jersey girl with a secret weapon, whereas Michael J. Larnell’s “Roxanne Roxanne” brings to the world the origin story of a hip-hop legend, who started rap-battling when she was a young girl in Queensborough, NY.

Rap comedy "Patti Cake$," which samples “8 Mile” in the way that some hip-hop beats simply copy and paste song hooks, is about a rapper in a working class Jersey community. In this case it’s the 23-year-old Patti (Danielle Macdonald, in a breakout role), who lives with her mother (Bridget Everett) and grandmother while struggling to get a job. She has a friend named Hareesh (Siddarth Dhananjay), who knows of her rapping abilities. Not long into the movie, Patti starts to come out of her shell as a rapper, participating in a no-holds-barred rap battle against a local ruffian, and then booking gigs with Hareesh. Meanwhile, her mother deals with loneliness as a single mother that men want sleep with, and references are made to her past life as a singer in a hair metal band.

Patti (known behind the mic as “Killa P” or "Patti Cake$") starts a group with her grandmother, Hareesh and a young man named Bob (Mamoudou Athie) that she initially sees playing John Zorn-like, troll-ready chaos metal. Their group is called PBNJ and in the film's longest, most important and worst scene, we watch them make a tacky track by the same name.

“Patti Cake$” is bound to bug fans of rap the same way “La La Land” irks some self-proclaimed fans of jazz. This proves a huge problem for the movie’s emotional worth, which banks on the mixtape as both a comedic coming-together device, but a legitimately good piece of music (it’s straight-up garbage) that could make PBNJ the real deal. But while Patti dreams in Nicki Minaj-style beats, the music she creates is Kid Rock-quality arena rap rock, nonetheless thrown together as a kitchen sink-mix between Bob’s metal style and Hareesh’s Nate Dogg-esque crooning desires. It’s not believable, even in crowd-pleaser logic: It's not believable these characters would all want to create that type of music, that the grandma would want a part of it, or that it could get them an audience with hardcore rap fans.

Writer/director Geremy Jasper, a music video director making his directorial debut, has a good eye for visual energy with editing, and in consistently using close-ups when Patti is rapping, focusing on her face like a machine at work. But Jasper is not a very good writer, as evidenced by the various contrivances in the second half of the movie, which aim to force dramatic moments for characters who are already active enough. Putting Everett’s character through more heartache doesn’t make her compelling performance more involving; having Patti face her possible stance as a “culture vulture” (as told to her by a black rapper that she adores), but then dropping that personal conflict is lip service of the worst kind. After struggling to find some narrative direction, the movie takes its shitty mixtape and lumbers toward a lazy climax, a freestyle competition of little stakes.

It’s frustrating to see a movie that kicks down the door with some edge then dull itself, and all for very questionable artistic means. “Patti Cake$” includes a few strong scenes of music filling the characters' souls, as driven by the intensity of Macdonald’s performance; she believes in every part of this movie and every word that comes from her excellent flow. It’s hard to share her passion, however, as "Patti Cake$" takes on its full form as an insincere, cheap novelty. 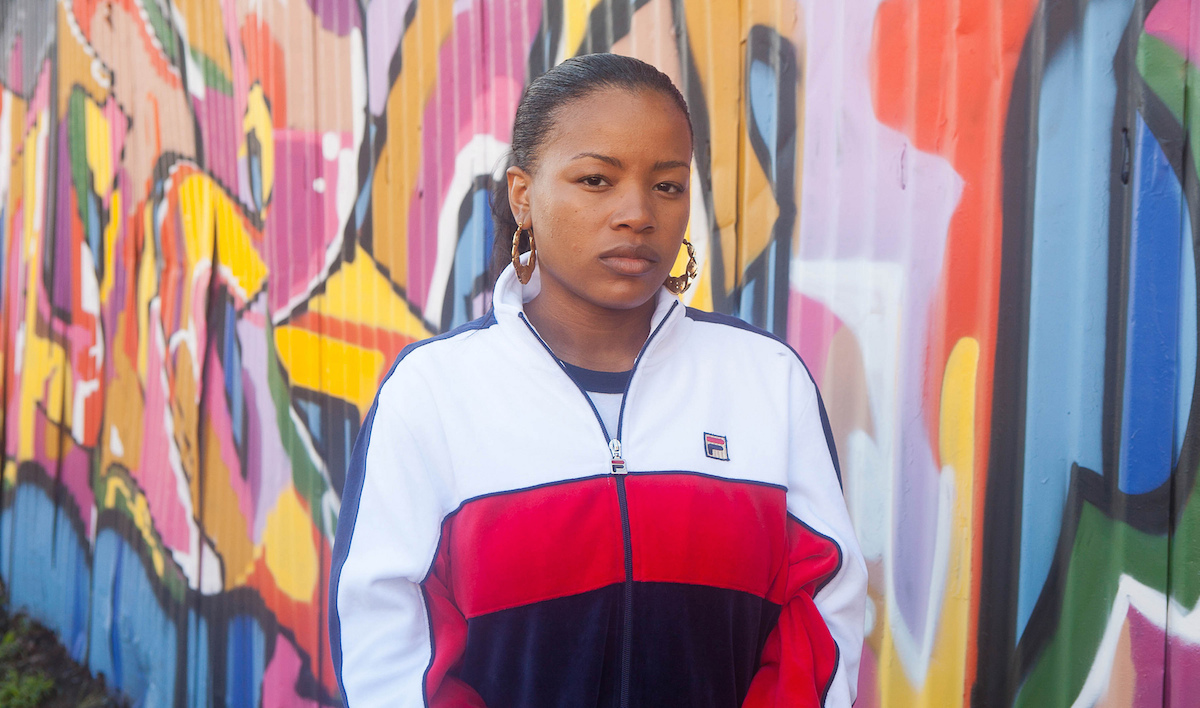 “Roxanne Roxanne” is based on the true story of '80s rapper Roxanne Shanté, but the film takes an unusual angle with the life it is inspired by. Taking place before her career took off, it’s an origins story of sorts, as focused on her background as a young woman with a sharp tongue and a gift for rap battling, while living in the projects of Queensborough, NY with her mother (Nia Long, in scene-stealing mode) and her younger sisters. These scenes provide Roxanne first-hand examples of men disappointing or taking advantage of women, as would happen to Shanté in her career and personal life.

But writer/director Michael J. Larnell's script takes a bold stance against making "Roxanne Roxanne" only about the music, and instead more often shows her hustling in the projects, finding herself in danger. You can watch this this movie, and witness the simple arc of a young woman close to being swallowed up by malevolent forces of her environment. Though the choice undercuts the subject’s art (we don’t get a full sense of how she developed such a sure skill), the movie gains intrigue by treating her as raw as possible, without ever feeling like it’s trying to hit historical checkpoints. In a way that helps it further stand out, "Roxanne Roxanne" is more than a biopic.

After making numerous paydays in rap battles, flashing her braces and emasculating the various men that test her, Shanté starts a bit of a career when a record she made in one-take makes her a local celebrity. With reference to the UTFO track "Roxanne Roxanne," she takes on the name and becomes Roxanne Shanté. Though she’s only 16, she starts a relationship with the much older Cross (Mahershala Ali, alternating vividly between sensitive and aggressive), who becomes a supportive but dangerous presence in her life.

While the movie can be a bit scattered, aside from focusing on her life, "Roxanne Roxanne" gets its ideological edge from its vigilant feminism. The movie provides a full picture as to how a woman of color could be manipulated by the less-responsible men that have power over her, like when a bag of tour money suddenly disappears, or in how they Cross tries to normalize his domestic abuse against her by saying it’s because he loves her. There's also a disturbing, unforgettable cut that matches her face of sexual pleasure, with that of her screaming ready to give birth, with that of her being dragged across the room. Just as it treats Shante's experiences as universal, so does the Larnell's filmmaking reckon with the forces that challenged Shante.

There’s a strong center to the film, too, in Chante Adams’ fearless performance. She fully conveys the swagger—and vulnerabilities—of this young rapper that went on to do so much more after this story ends. Inserting itself almost immediately into hip-hop movie history, this is a passionate restoration of her story.