Editor's note: Walker King is one of three recipients of the Sundance Institute's Roger Ebert Fellowship for Film Criticism for 2017.

Dustin Guy Defa’s “Person to Person” follows four main characters over the course of one day in New York City as they pursue love, revenge, place, and, most of all, a sense of self. Benny (Bene Coopersmith, a non-professional actor playing a version of himself) is a record collector trying to track down a copy of Charlie Parker’s Bird Blows the Blues, and then the conman who sold him a fake, while his friend and temporary roommate Ray (George Sample III) tries to atone for posting naked pictures of his ex-girlfriend online after a bad breakup. Claire (Abbi Jacobson) is a millennial at loose ends who’s decided to try her hand at being a crime reporter, at least for a day. She’s paired up with the veteran Phil (Michael Cera, playing a very funny iteration of a familiar character), and the two set out to investigate a widow who may have murdered her husband and made it look like a suicide—an investigation that converges on a clock shop run by Jimmy, played by a stoic Philip Baker Hall. Finally, there’s Tavi Gevinson’s Wendy, a high schooler who skips school with her friend and is unexpectedly forced to pose some big questions about her own sexuality.

Defa’s understated style is most tangible in the film’s grainy, 16-millimeter cinematography, which renders “Person to Person”’s apartments and city streets in beautifully warm colors, but also in Defa’s natural sense of rhythm and editing. Even while directing mostly in tight shots and close-ups, scenes have a natural breath and comic timing that lends movement to a very talky film. Its clever and elevated dialogue combines with Defa's intimate camerawork for an effect that’s both strange and delightful, like a host of Wes Anderson characters got lost and wandered into a John Casavettes film.

Writer/director Defa, and stars George Sample III, Bene Coopersmith, and Dakota O’Hara sat down with RogerEbert.com at the Sundance Film Festival to discuss the film, which will hopefully find a grateful distributor soon.

[The] 16mm [cinematography] looks beautiful. Was there anything specific you were trying to reference in terms of the palette and the cinematography?

DUSTIN GUY DEFA: I wanted a very simple, very natural feeling. I avoided grain. I didn’t want grain necessarily. I didn’t want it to be gritty 16mm because the movie's not gritty at all. So I didn’t want anything too dark with that kind of stuff. But it has that sort of texture. Some people pull off digital so fucking awesome, but I feel like there’s something you just can’t ... I mean obviously it’s light hitting actual film. With film, light is actually hitting the physical substance. Something’s actually happening. There’s a process that’s physically happening. 0s and 1s I guess are physical, maybe if you think about it a lot, I have no clue. But light hitting the film... it makes something. It feels like there’s something more just alive for some reason.

Would you make a movie on digital?

DGD: Yeah. I made shorts on digital. There are some cameras I don’t like. There’s been a journey figuring out how to even light digital. Now it’s all working, we’ve got it down. It so beautiful. Yeah, I’d do it for sure. It just depends on the project. But I want to keep shooting on film. I want to do 35 or 16 next and then ... maybe there’s a world where the ‘70s are still happening. That’d be a dream come true.

It’s nice to see film resurging a little bit. Do you think 16mm is a compromise place between being able to shoot on digital and having 35mm be more expensive?

BENE COOPERSMITH: You’re getting snarky about this.

DGD: But again “Jackie” knocked me out. The cinematography in that movie just blows my mind. And I don’t think people are thinking too much that that’s 16mm. 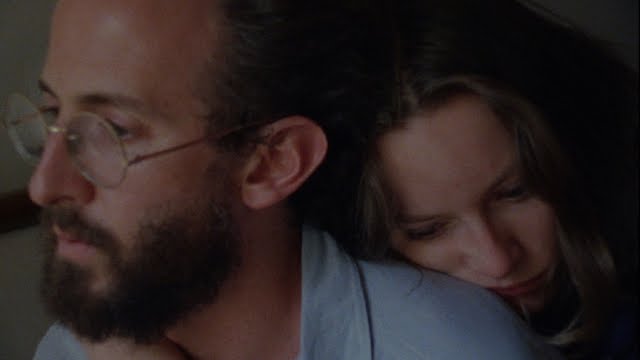 Bene, how do you think of Benny’s character as having evolved since the time where the original short “Person to Person” [2014] took place? How have the intervening years affected him?

DGD: Or if it’s even the same character?

That’s a good question, too.

DGD: I mean I don’t think it’s the same character.

BC: Yeah I don’t think it’s the same. I’m playing close to myself. Obviously, I’m a different person. I’m doing it all the time, trying to reinvent myself all the time. But to compare it ...

DGD: The short felt more like a character to me. This feels way closer to Bene. The short I thought about it as a character. I knew it was going to be Bene, but the choices that the guy makes in the short are not necessarily Bene choices. Where in this movie they feel way closer to Bene choices. This person is so loving and kind and warm, cares so much about friends and things like that. And the other one he’s guarding himself. He’s protective. He’s a little shut off. And this guy’s not shut off at all. He’s all the way wide open.

When you’re working on these characters, do you guys have an idea of the backstory between like, Benny and Ray?

GEORGE SAMPLE III: Yeah we didn’t do too much backstory.

DGD: If somebody asks me we’ll go through it. Every actor’s different.

BC: I think it was lucky that we didn’t have to pretend so much.

DGD: Some actors need it.

BC: Just knowing each other, right now. How we would live together would be pretty close.

DGD: Ideally it would have been awesome if these guys could have spent a week together. Then they would have their own feeling backstory. It somehow gelled and we made it happen.

You didn’t want to create something fictional.

DGD: It felt right. It felt like those guys were friends.

GS: We have so much stuff in common. He likes music. I love music. So that little grinding point made it kind of easy to gel and mix. 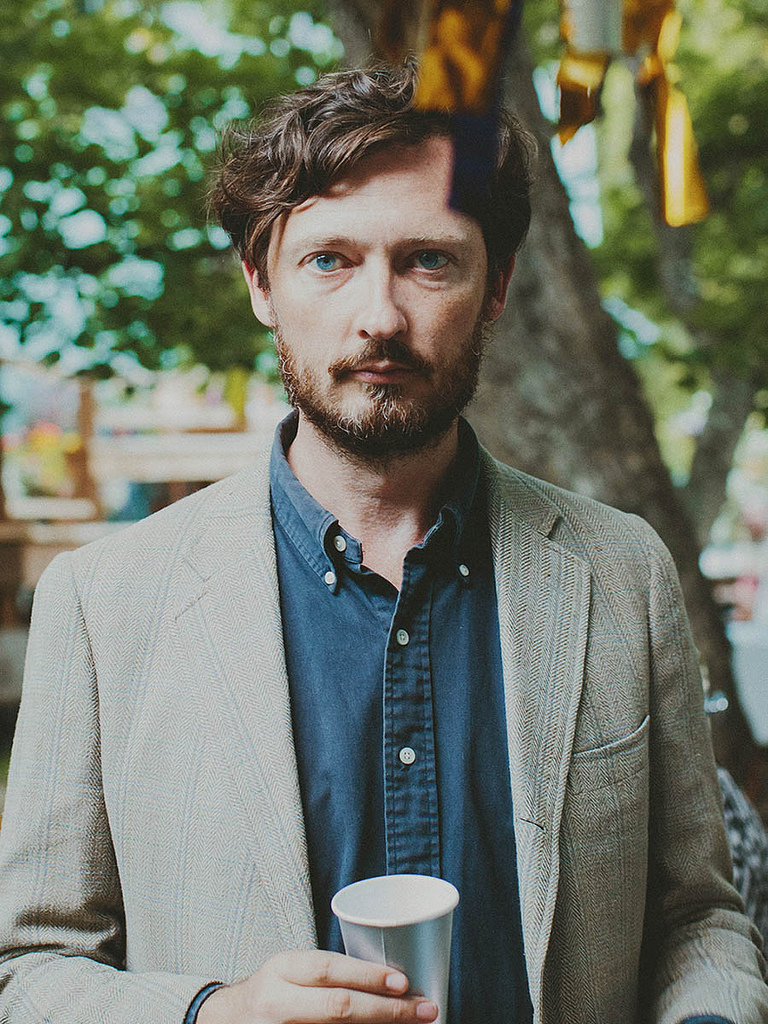 What did you put into designing each character’s spaces? I think of each character as associated with a particular space. Usually their apartment, or the watch shop. How did you think about visualizing and designing these spaces?

DGD: Like in a production design or in writing?

DGD: Certainly, the clock shop is the most important location, and the most specific in a way. I chose that whole idea, the watch, the clock, because the movie, it’s very subtle, the passage of time. Thinking about the movie taking place over one day. Fleeting relationships, things passing by ... I used the clock shop specifically for that reason, because I wrote it to be dealing about time.

DGD: No it’s inside an old optical...

BC: This empty eye place in Chinatown.

SO: It was such a cool spot because they had things on the drawers. There was so much texture in the air already there.

SO: She did such an incredible job.

Everything feels very lived in.

SO: Yes. And alive. It’s like that ineffable quality in the air.

DGD: You know we got lucky with so many apartments and the generosity of people allowing us to do things, but it was not easy at all. It was very hard to pull off. 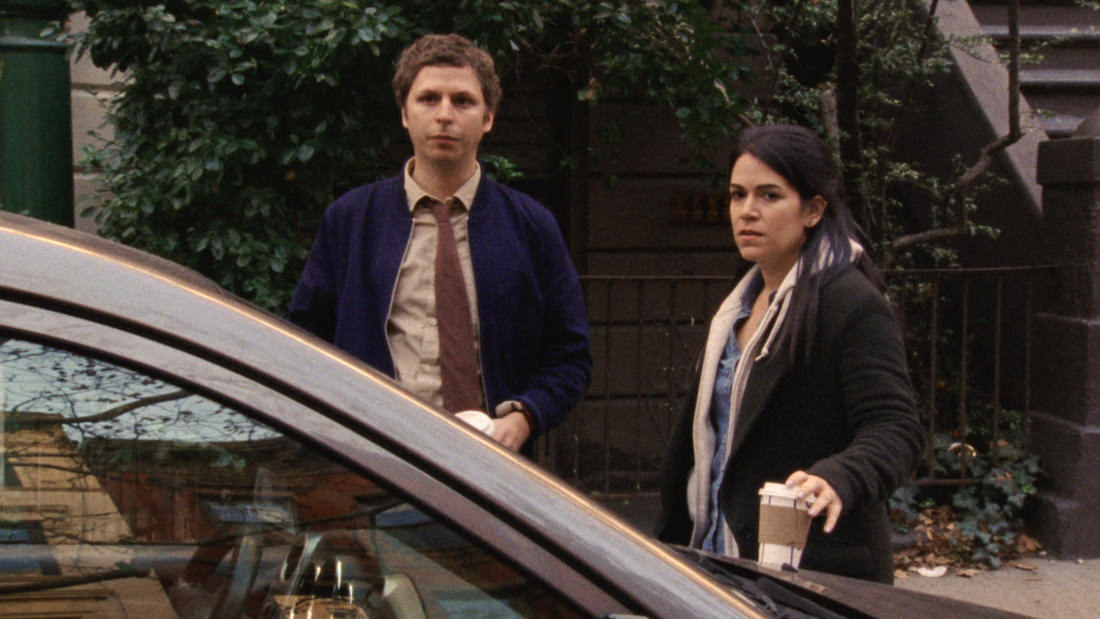 When you’re writing dialogue, how do you think about realism versus a more stylized or elevated mode?

DGD: It’s hard. I’m still trying to hone all that stuff down. I love both things. And this movie alternates between things. I guess for the most part it almost feels more stylized than realism, but, I’m always pushing against the stylization of my dialogue. I’m always trying to push it towards a realism, but I actually enjoy the conflict between those two things. It’s very exciting to me to have these things battle each other out within the actual dialogue. It that makes any sense. I write in a very weird particular way where I’ll mix them up in the same paragraph. Not that they’re necessarily going to be delivered in that way but it’s all ...

You go between different levels within scenes and lines.

DGD: Yeah, it’s all for me about rhythms and tones.

There’s a line that stuck with me, when Ray is visiting his ex-girlfriend. She says, “I’m filled with such disgust.” It’s such a poetic line but it’s delivered in such a way that feels very natural.

DGD: Yeah, Janet. I already had the idea for the character was that she had to be the Earth, the ground. The movie needs to go to a grounding place and I could tell she was going to be able to pull that off. But that’s how I wrote the character too, that that’s how that would happen. We would land on some ground.

Is that what you think about when you’re delivering dialogue? How do I deal with dialogue that’s a little more stylized?

GS: I just go with my gut instinct. I don’t overthink it, overanalyze it. I just do my best and be happy with that. And if it’s not right, we’ll do it again. I just try my best and hope it goes. That’s my policy.

There’s a lot of music that’s very evocative, especially with Bene’s record collector character. How did you find these and select them?

DGD: It was a long process, we partnered with The Numero Group, who does a lot of soul stuff. Just choosing the right moments and where those songs would go. I knew some of it already, but it’s a long process. The Charlie Parker, that’s in the script. I knew that record’s expensive, so I actually put Bird Blows the Blues in there because it’s a rare record. The fact that we got it was so awesome. So I was very happy that happened.

WK: So that’s an actual Bird Blows the Blues track that he’s playing?