Steven Ellison has created the first midnight masterpiece of the 21st century. Not for the squeamish or faint of heart, “Kuso” shocks and awes with its richly textured dystopian reflection of the anxieties of our time. In this age of smartphones, GPS and ever-ready search engines, we have grown into a society reluctant and unpracticed in taking risks. This collective aversion yields films and art that tend to play it safe, work labeled “daring” often is not; “Kuso” unequivocally is. Ellison, better known as the musician Flying Lotus, funded the film himself, and it is one of those rare cinematic experiences that feels completely free from any outside pressure or constraints. “Kuso” is Ellison's first feature, shot on nearly every format under the sun: 35mm, 16mm, the Alexa, 8mm, and the 5D. The film is raw, responsive, almost a musical, and for everyone not bothered by incest, feces and an uncountable host of other infractions offers visuals, both digital and analogue, so stunning that it will truly transport viewers into another dimension. Ellison and I were talking before the interview actually started, which lead to this opening comment ...

I don't think it's that offensive. I think I went easy on people. I was going to do some really racial stuff and I kind of backed down from that a little bit. I wasn't setting out to offend anybody, I just wanted to do stuff that I've really been a fan of since I was a kid.

What are your influences?

“Tetsuo: Iron Man.” I love Shinya Tsukamoto- he's my favorite. Another big influential film for me was “Getting Any” by Takeshi Kitano, no one ever talks about that one, but it's almost like watching “Family Guy”—it's like a live action cartoon. I borrowed a lot of the absurdity of the universe from that, it was so offbeat, and so different. Your main character can get shot in the face and come back in the next shot and he's still alive and nothing happened. You fall off a cliff and then you're still alive, let's do it!

How do you respond to culture and channel that into your work?

When I started working on this I was getting really into Japanese comics and I was really inspired to bring some of that to American films, to black filmmaking—because I feel there is a big void in black filmmaking—minorities making films. There are certain stories that people tell all the time, and I was just like, 'well … let's bring some new characters, new flavors to this stuff … new faces.' That was a big thing for me, to make sure that the film had this diversity to it. It's supposed to represent Los Angeles, California, so there are so many different types of faces there, different cultures. Not everybody speaks English either, I wanted to have that as part of the theme.

And the dystopia, can you talk about …

The world of it?

I was 10 years old when we had the Northridge earthquake and I was traumatized, I still think about it. I keep memories of that so close to me, you know, the feeling of life being shaken up—like I was in a fish bowl ... being terrified to go back into the house for days and days. It felt very apocalyptic. We didn't have power for a long time, people were riding around the streets with mega-phones and they were saying “If you need any help we'll come to you. Does anyone need to go to the hospital?” As a kid it was just not my world. Everything seemed a lot more stable and when that happened we just felt so powerless, we were at the mercy of the planet—it could just shake us up—we had aftershocks for forever. That's where I pulled from. That feeling. But I didn't want to make an earthquake movie, it's an earthquake movie without the quake. 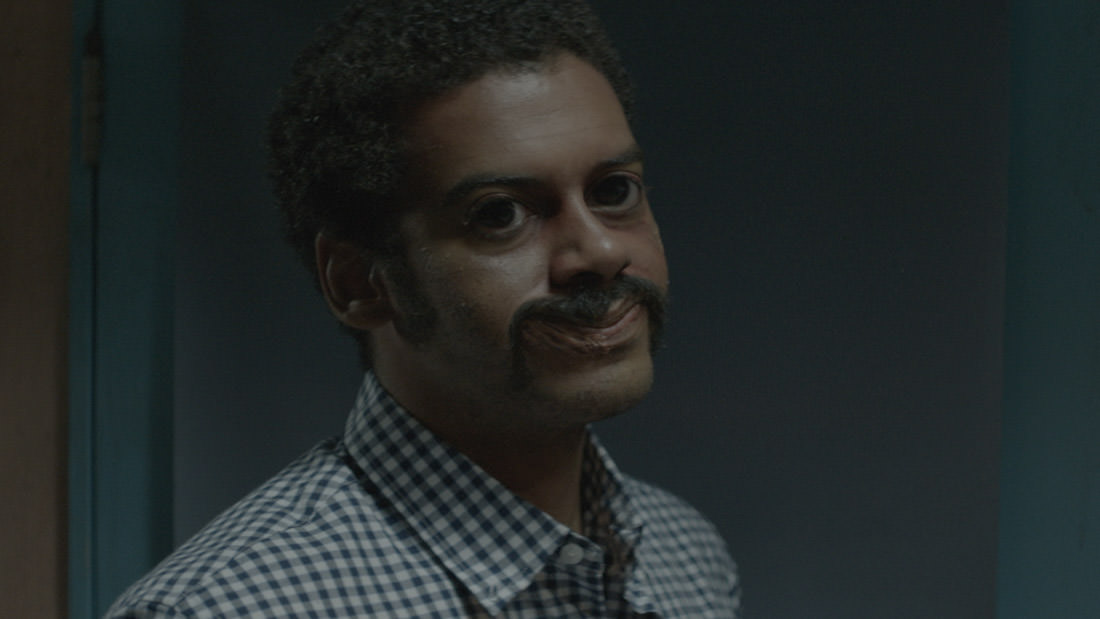 How does your music inform your filmmaking?

I think the easier thing would have been to make the music first and then make the film around it, but I didn't want to do that. I wanted to do it more the traditional way where you build things and then find the music to fit the scenes. I think the best part was being the sound designer and the composer. It is awesome because some of the sound effects are in key with the music, it's all one thing to me, it's not a two-part thing, so it was really fun to live in that. And, you know, like the forest, when the kid is in the forest, the world that he walks around in is very musical even if there's no music playing. We did sounds to the birds chirping, there's a lot of really musical stuff in there. I didn't realize it was almost a musical until I was at the screening. It's almost a musical.

Can you talk about how you decided to structure it?

The way I put the movie together was very unorthodox because I didn't set out to make a feature film when I started it. I wanted to make a five-minute cut-out animation. I started doing that, I worked on it for five months and I was left with this weird piece, and I was just like, 'It's not right yet, it's not right. It has to have some live action elements.' And then I shot a 15-minute short and that was “Royal,” and then it was almost 20 minutes, and then it was just like, 'how much more time do I need to make a feature?' So I just kept chipping away at it, spent some time building it. But I didn't want it to be anything overthought, I wanted it all to have the same thrust and the same energy—only to just expand on the world and you know—I knew the rules of it, I just didn't have the stories yet.

And what are the rules?

It's a world without the internet and smartphones and things like that. Before all the technology boomed out ... I feel like to me it is the world of the Northridge quake. I definitely put in some imagery and referenced it. To me it is the 90s …

How old are you?

Okay. I knew when I saw it that you had an analogue childhood. We're that last generation …

… that remembers. Yeah. So there's a lot of that in there. And I'm really interested in that in my filmmaking. I never liked the idea of using cell phones in movies and texting in movies. I always liked the idea that you can't do that. You can't google your way out of the plot, so I just try to jump into that world where it was still innocent. Before we knew everything about each other.