Quirky world cinema finds its way to Park City with two distinct features, "The Lure" and "Rams." The former is competing in the World Cinema Dramatic category, while the latter is given a final victory lap before limited release just weeks away. Though having little to do with each other by sense of story, they provide strong examples of films orchestrated with a specific vision, though with an overall success not always guaranteed solely by its amount of labor.

In what might be a Sundance first, “The Lure” is a Polish musical about two sister mermaids who sing, dance and grow giant fins at the drop of water, and feed on human flesh when they so desire. Their trippy nightclub horror sideshow is bound to be one of the strangest ones to come out of the festival this year (and an uncertain competitor), though director Agnieszka Smoczynska's project is rarely able to function beyond an oddity.

However, the strangest part about “The Lure” is that, in spite of its aggressive imagination as a type of musical mermaid horror, Robert Bolesto's script is too stubborn to have a story. The mermaids, Gold and Silver (Marta Mazurek and Michalina Olszanska), are discovered by a nightclub's band member, exciting everyone with their lack of genitals and lower-body orifices, but quickly become a stagnant amusement for the film itself. Much of their time is spent doing intricate, highly-sexual musical numbers (when do ever they get time to rehearse?), and in general smiling back at the slimy male gaze. Eventually, Silver falls for one of the band members, which forces the plot to have some momentum when she decides she wants to have a regular female body (instead of only having a vagina when her fin is unleashed, but I digress). This is the only strand that sort of makes sense within this movie, as Gold hobbles around the movie, sometimes feeding on people, or hanging out naked. She just soaks in the environment, knowing that she has power but being able to do little else.

“The Lure” is one of the more radical fantasies to focus on feminism and agency with its characters, something it downplays as a type of satire. That these mermaids are discovered and immediately objectified, something glossed over or not questioned, has a sharp dark humor to it. Of course, in the way that “The Lure” functions, these ideas are kind of scrambled together and spiked with a decent electronic pop soundtrack (albeit with lyrical themes that feel to add up to gibberish), becoming more slippery, more elusive as it continues on.

In a recent streak of seeing films that are afraid to challenge the norms that audiences expect, even with the subculture promised from a major film festival, at least “The Lure” goes full-force, assembling as much opaque madness it can dump onto its log line. But in the end, it proves that no film is bigger than a sense of purpose, even if it's an exceptional piece of production design. Somehow, a movie about murderous mermaids manages to have no charisma. 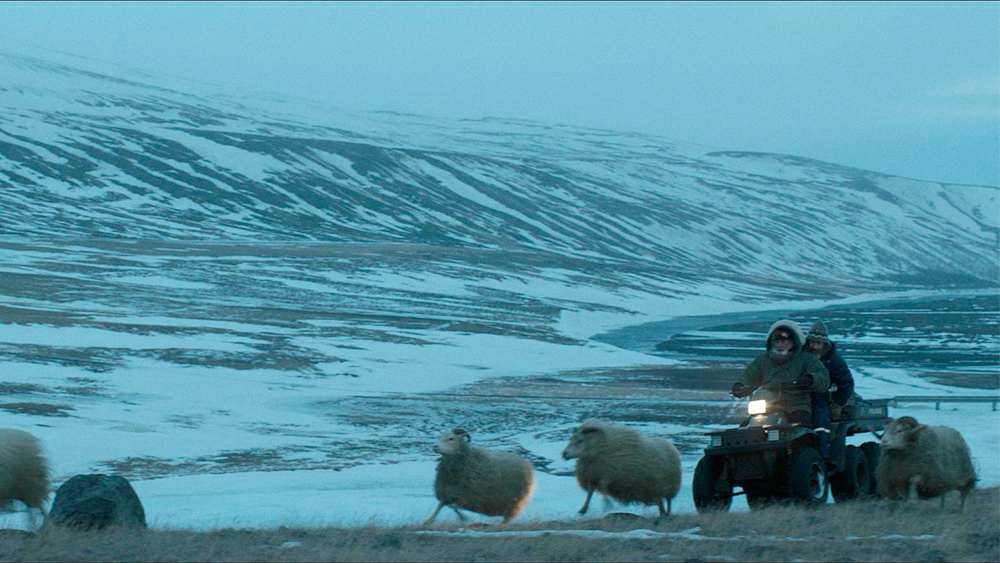 There is a masterful simplicity that defines “Rams,” a fully-realized tale about two silent farmer brothers who butt heads. It’s also about their sheep, which provides livelihood and sense of purpose in their quiet Icelandic existence. It is never revealed what drove the two apart 40 years ago, despite being geographically so close that they are neighbors. But in this vivid world from writer/director Grímur Hákonarson, that is the poetic macguffin of a movie that nonetheless finds a stark beauty in a cold tale of stubbornness, alternating on a fine point between wry and utterly tragic.

In “Rams,” the tension between bearded, graying brothers Gummi (Sigurdur Sigurjónsson) and Kiddi (Theodór Júlíusson) only gets worse when Gummi’s sheep finishes second place to Kiddi’s prize sheep. Quietly outraged, Gummi told the local authorities that his sheep has Scrapie, a virus that infects the brains of rams. Unbeknownst to Gummi, a Scrapie infection leads to entire flocks being terminated to help prevent a future outbreak. A gesture that was at first the reaction of a sore loser turns out to affect more than just one sheep, leaving the brothers to fend for themselves, sheep-less and against each other.

The cinematography of the film is stark and gorgeous, setting a fantastic atmosphere and tone for a story about desaturated people, completely isolated from each other in a graying land that does have beauty of its own. The way that cinematographer Sturla Brandth Grøvlen (also of the 2015 one-take heist movie “Victoria”) shoots people standing in shadowy doorways, or sitting quietly at a table, would fit more immediately with a modern noir with its level of arresting starkness. Here, it is a gift, generously distributed through very self-assured editing, making sumptuous visuals out of the incredibly low-key enterprise of sheep farming. Also, “Rams” has the best shots you will ever see in your life of a tractor driving to a hospital. That’s just a taste of the astounding quirk and beauty within this gem of a film.

“Rams” took a long journey to Sundance. Most movies would be content with just opening at Sundance, but the film world premiered at Cannes back in May. Then it went to the likes of Telluride, Chicago, and all the places in between. It’s playing now at Sundance in its Spotlight section, deserving of that special focus as a not-entirely-new choice. It could be very well be one of the best films at this, or any previous festival.