The U.S. Dramatic Competition program of the Sundance International Film Festival has produced some of its most controversial and acclaimed films in the last few years. In just recent memory, we’ve seen “Whiplash,” “Beasts of the Southern Wild,” “Fruitvale Station,” “Upstream Color,” “Me & Earl & the Dying Girl” and “Diary of a Teenage Girl,” among many others, make their premiere in Sundance competition. This year, “The Birth of a Nation” went from unknown to the highest amount ever paid for a finished film when Fox Searchlight bought it for $17.5 million out of the Comp section. But it’s not the only story in that section. “Southside with You,” “As You Are” and “Spa Night” have been getting positive reviews as well. And then there’s a little movie that some have speculated is the strangest flick to ever premiere at Sundance.

Daniel Scheinert and Daniel Kwan (who credit themselves on the film as “The Daniels”) premiered “Swiss Army Man” this week to one of the most divisive responses of Sundance 2016. The stories of walk-outs around the half-hour mark were so rampant that when the Daniels introduced the film at a screening a few days later which I attended, they thanked us for not walking out before the movie began. They then asked us all to stand up and do some calisthenics to get the blood flow going. It makes sense that a movie as gloriously strange as “Swiss Army Man” would have an atypical intro. It’s an atypical film.

Hank (Paul Dano) has been stranded on a tiny island. He’s about to kill himself with a long rope that he’s strung up over a cave entrance when he sees a body (Daniel Radcliffe) has washed ashore. The body is very, very dead, and Hank goes back to trying to kill himself when he notices something odd. The corpse is farting. A lot. And the flatulence keeps the body afloat in the shallow water. And so Hank jumps on and rides him like a jet ski to another shore. And “Swiss Army Man” gets stranger from there. Hank names his new companion Manny, and realizes that his buddy has a number of other uses other than his gas. Can he use death to get back to life? Over the course of “Swiss Army Man,” Hank and Manny actually become friends, and the Daniels constantly play with expectations of fantasy, comedy and even moving drama. Hank was arguably deader than Manny before he was stranded—too afraid to talk back to his cruel father or speak to the girl (Mary Elizabeth Winstead) on the bus to whom he was attracted. And Manny, driven by a phenomenal performance from Radcliffe, actually serves as something of a naïve conscience for Hank—reminding him what’s important in this world, including farting.

Whatever you think of the subject matter of a film that focuses heavily on flatulence and other bodily functions, “Swiss Army Man” is a wonderfully constructed film. The Daniels constantly play with fantasy and reality. Is Manny really a corpse come to life? Or is Hank just crazy? Is this fantasy or reality? The answer is yes to both. The Daniels don’t just merge the line between what’s “really happening” and what’s in Hank’s head, they don’t even acknowledge its existence. And Dano and Radcliffe sell the emotional reality of the insanity, resulting in a beautiful movie about farts. It helps that Larkin Seiple’s cinematography and Matthew Hannam’s editing are among the best at this year’s fest, and that the fantastic music by Manchester Orchestra not only propels the action but is incorporated into the storytelling. The result is a film that plays like a dream, unfolding like nothing else at this year’s Sundance. 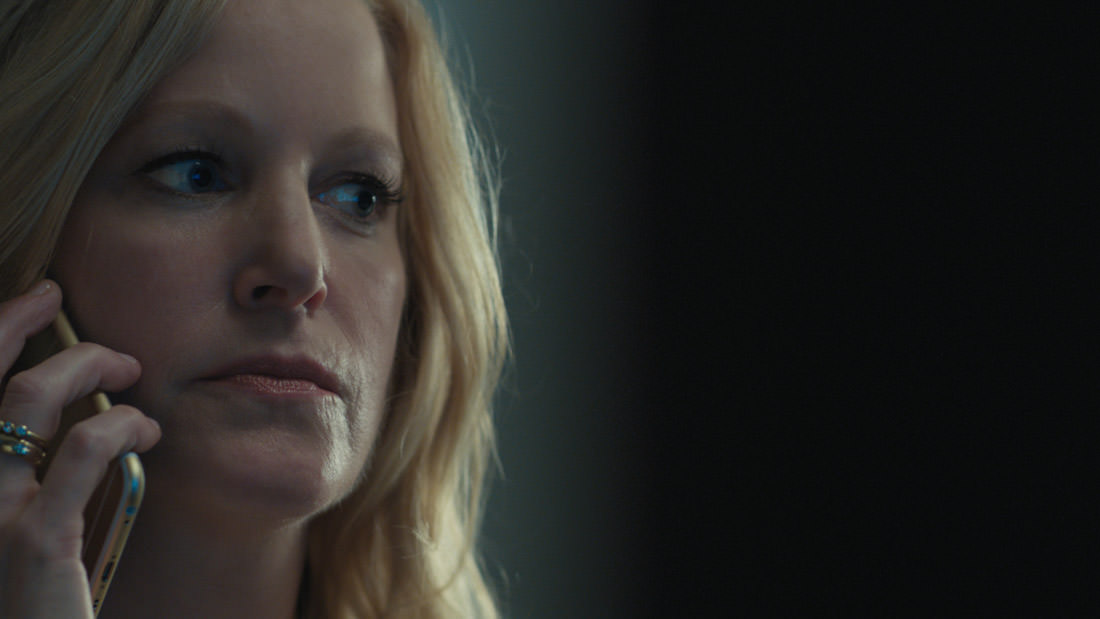 What’s disappointing about “Equity,” another U.S. Dramatic Competition title, is the opposite response: it feels too familiar given the potential of its premise. Meera Menon’s film, already picked up by Sony Pictures Classics, seeks to explore the alpha male universe of high finance from a female perspective, with strong female characters in a world that often has none at all. That’s a great idea, but it’s just a starting point and Menon doesn’t go far enough with it nor does she create an interesting narrative to hold it up. The characters in “Equity” aren’t well-rounded enough for us to care what happens to them and the plot of the film feels like a solid starting point for an AMC drama but not enough to carry a feature.

Naomi Bishop (Anna Gunn of “Breaking Bad”) is a high-powered senior investment banker at Remson Capital. As the film opens, she’s bungled the IPO of a major company, losing her clients some money, so she’s feeling the pressure when the next big fish gets on the hook: the impending IPO of a privacy/social-media company called Cachet. Naomi feels like her superior (Lee Tergesen) is overlooking all the other good work she’s done and senses that her junior Erin (Sarah Megan Thomas) could be itching to take her place. Meanwhile, Naomi reconnects with an old friend (Alysia Reiner) who happens to be working for the SEC now and could be a legal threat. Naomi also happens to be sleeping with a banker named Michael (James Purefoy) and if she says the wrong thing at the wrong time it could be considered insider trading.

“Equity” has too many plot threads to concern itself with character, which means that everyone becomes a part of the machine instead of registering as believable. 90% of the dialogue in “Equity” is about the impending IPO, investigation, etc. The stuff that really registers—like Erin’s concern about what her pregnancy will do to her career—is discarded quickly as Menon jumps back to the Cachet narrative, about which I simply never cared. Reiner steals the film because she conveys an interesting balance of both admiration for Naomi and a desire to use her to stop insider trading, and I longed for a scene in which other characters felt like they existed outside of the purpose of the paper-thin narrative. 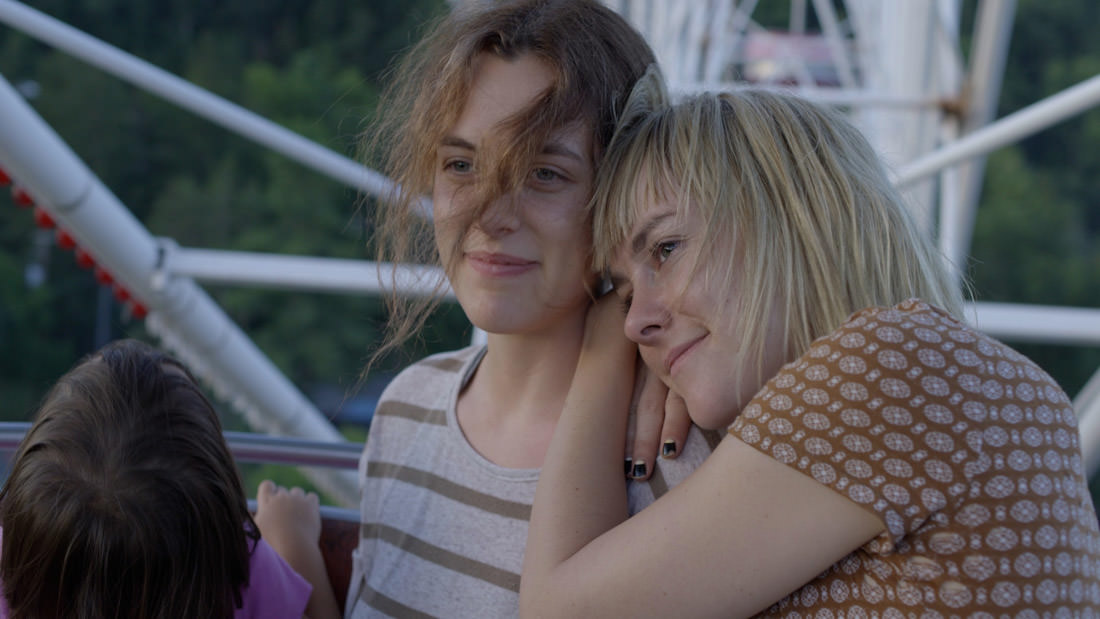 So Yong Kim’s “Lovesong” is a little more successful overall but also suffers from a lack of depth around its well-defined lead. Future star Riley Keough almost justifies a recommendation. She’s that good here, but the rest of the cast and Kim’s overly subdued script have too little idea what to do with Keough’s talent. The result is a film that dissipates in memory too quickly to stand out in a crowded festival.

Keough plays Sarah, a young mother with a marriage strained by the fact that her husband is away all the time for work. Sarah is lonely and stressed when her best friend Mindy (Jena Malone) comes to visit. They take a road trip, have some great conversations, and, well, one thing leads to another. Sarah and Mindy’s increased intimacy scares them both, and Mindy essentially runs away. Years later, Mindy is getting married and Sarah sees her again for the first time at her wedding.

Keough grounds Sarah perfectly. In the first half of the film, she conveys the striking loneliness of a young woman forced to be a single parent by a workaholic spouse. She really reaches out to Mindy for help, and emotional support. In the second half, Keough captures the confusion Sarah feels over her reaction to Mindy getting married. She wants her friend to be happy but she’s not convinced this is the way for her to find that happiness. Sadly, everything outside of Keough’s performance in “Lovesong” is frustrating. Malone’s performance is flat, in no way matching Keough’s, and the filmmaking is far too languid, trying to add importance to the storytelling through purposefully slow, awkward conversations that puncture the realism that the piece needed. While I’ll remember Keough’s performance, the rest of the film is too muted to register. In a U.S. Narrative Competition slate of 16 films, that’s the worst thing a movie can be: forgettable.