The exposure that can be driven by Sundance is not just about star-based buzz, but it often emerges through the process of bringing unique life experiences to the big screen, allowing audiences ready to see the world through someone else's eyes the opportunity to do so. A pair of documentaries, "Plaza de la Soledad" and "Film Hawk," focus on individuals who have years of experience in their (vastly different) businesses, but each has the kind of wisdom that fascinates filmmakers.

Photographer Maya Goded makes her feature directorial debut with the documentary “Plaza de la Soledad,” the result of 20 years of observing aging prostitutes who work on the dangerous streets of La Merced in Mexico City. She focuses on a group of women (from 50 to 80 years old) who have been prostitutes for decades. Women like Raquel and Carmen have plenty of stories about their experiences, some of which they share with an embarrassed smile, but with an openness that can be refreshing. Ultimately, a lack of focus only produces a too-fleeting familiarity with these women, whose names aren’t revealed in text when introduced, only at the end of the film (and with so many characters of similar experiences, it's a flaw to not distinguish their stories with personal details).

Bits of character do stand out, creating the intrigue that Goded wanted to achieve throughout. Angeles and Esther are two prostitutes who have romantic security with each other, a touching display of the unique bond that Goded seeks to fully articulate. In another example, Carmen has been married to Carlos for more than a decade, her profession not creating any tension in the relationship (he, too, has a familiarity with women like Carmen, having been raised in the nightlife).

Goded bounces between these different lives, sometimes showing them laying in bedrooms talking, or filming them rehearsing their stripteases with a smile and a laugh. Their scenes of talking with each other about the business seem forced, but their charisma overrides Goded’s questionable orchestration. In a film that wants to show how these women are connecting with each other and with people outside of their work, the best scenes involve them hanging out in the square where business, life and love meet, and where a vital sense of community is established.

A fascinating idea is planted about the non-sexual intimacy in these women's lives. If only the film were not so at odds with its editing, often clumsily juggling these characters. The documentary is far more interested in being observational than it is in establishing a narrative. Grave life events are skipped over, revealed later with too little context. When Goded tries to illustrate some of these life moments with an example of style (such as having Carlos sing to Carmen alone on a stage, as if in a musical), it feels too set-up. "Plaza de la Soledad" is almost experimental with its editing, its passage of time and presentation of character—a problem when Goded's intention seems to be presenting these people as individuals instead of concepts. 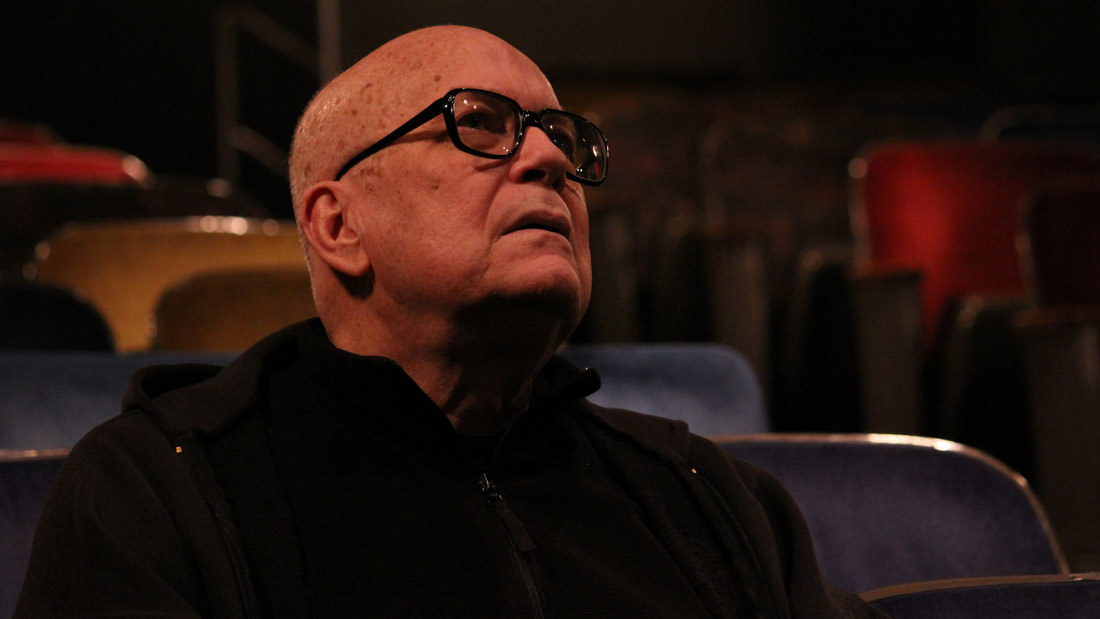 Documentaries about people who are behind the scenes of great stories are a dime-a-dozen, especially in the world of the arts. “Film Hawk” is no different, focusing on the life of Bob Hawk, who over time became a huge influence on the independent film scene, having mentored the likes of Kevin Smith, Rob Epstein, Ira Sachs, Edward Burns and much more. As Smith reveals in a sometimes teary recollection, Hawk was the one who got people to see "Clerks" after it initially received a small response, getting the likes of Amy Taubin and a representative of MoMA to take a look at what became a zeitgeist classic. It's one of many tales in which Hawk's taste and honesty created and catered films that went on to make an impression within not just the indie world.

With Hawk's honesty in mind, a standing ovation was likely guaranteed for Bob Hawk when this project does show at the festival, an indie film event that claims Hawk for their own, along with fond memories from a list of filmmakers. But no ovation in a showing after Sundance, standing or otherwise, is guaranteed as a reward for the amateurish filmmaking on display here, which could (rightfully) incense many other doc storytellers who may not have gotten into the festival because of a slot filled by this film. Those who were able to fulfill fundamental filmmaking concepts, like properly mixing the audio of their interviews, and avoiding pixelated insert shorts will watch “Film Hawk” with gnashed teeth. For any viewer who holds doc filmmaking to simple standards, the experience will likely be the same.

The story that “Film Hawk” tells with these cacophonous visuals is incomplete, despite the list of filmmakers it gets on camera to comment upon his special influence. There is no concrete presentation of how Hawk earned the knowledge to become a film aficionado, but his magic touch is mentioned by many who speak about him as a crucial help in their careers (as with Edward Burns, introduced with a cheesy title card that says "#BrothersMcMullen and "#DIYFilmmaking"). Hawk served as a second pair of eyes to help filmmakers with stronger cuts of their material, starting with Rob Epstein’s “The Life and Times of Harvey Milk,” a project significant to Hawk’s life considering his background as a gay man working within the industry. A portrait is given concerning how he shepherds directors to create an identity, essentially, but the connective tissue between this background of Hawk’s life and his business isn’t there; an admiration of his gift of connecting to filmmakers is only presented, not planted. Nor is any focus placed on Hawk's own directorial project, mysteriously skipped over but mentioned as a footnote in the end credits.

It brings no joy to pan a film like this, but if the stories of filmmakers affected by Hawk is true, honesty had a virtue in inspiring a pursuit of quality. But this is a film that cuts down, and struggles gravely to honor, the proclaimed standards and revolutionary tastes of Hawk—it bizarrely doesn't even match the regular technical standards of any film playing this festival.