The typical “Sundance Movie” is its own genre. The film’s color may be bright but drawn, the script is possibly centered on a young depressed person, someone will probably die (most likely from cancer), and perhaps its perfectly curated soundtrack is a mixtape of new indie stuff you’ve never heard of and David Bowie. Characters of color are sidekicks or nonexistent, which until recently seemed the order of business for those behind the camera as well.

But a majority of the films I’ve caught at Sundance so far fulfill almost none of these requirements. They’re not in English; they range from a tense documentary to a black-and-white movie set in the Amazon. Their protagonists are visionaries, inspiring and defiant. In one form or another, they are more than just what you see onscreen. There’s no moralizing, schmaltzy, happy ending. Some are dark and reflect on irreversible damage. All push against the expectation of the phrase “Sundance Movie.”

Newly Oscar-nominated “Embrace of the Serpent” is a black-and-white fever dream about the cruelty of colonialism against the Amazon’s indigenous tribes. Shaman Karamakate (played at different ages by Nilbio Torres & Antonio Bolivar) is asked to help white scientists searching for a rare plant at different stages of his life, and their travels takes them past heartless rubber barons (notably never shown onscreen), abusive priests and cannibal cults. However, it is the heated arguments between the scientists and Karamakate that elevate the movie. Their encounters allow for the exploration of the effects of colonialism, stumbling onto one horrific historical chapter after another. Karamakate is separated from his tribe, indoctrinated by Spanish priests, but escapes to reaffirm his culture in defiance of invaders. Manduca (Yauenku Migue), an assistant to one of the scientists, is a freed slave from rubber barons who routinely beat and maim natives. Much of the dialogue doubles as a testament of the latent and overt racism that robbed tribes of their culture, even indicting the patronizing tone the scientists would sometimes use with indigenous characters. The black-and-white photography is stunning, making the rivers an ominous inky black color, and swapping the luscious jungle greens for shades of grey. Its touch of surrealism adds a timeless quality, making its message equally important for modern-day audiences. 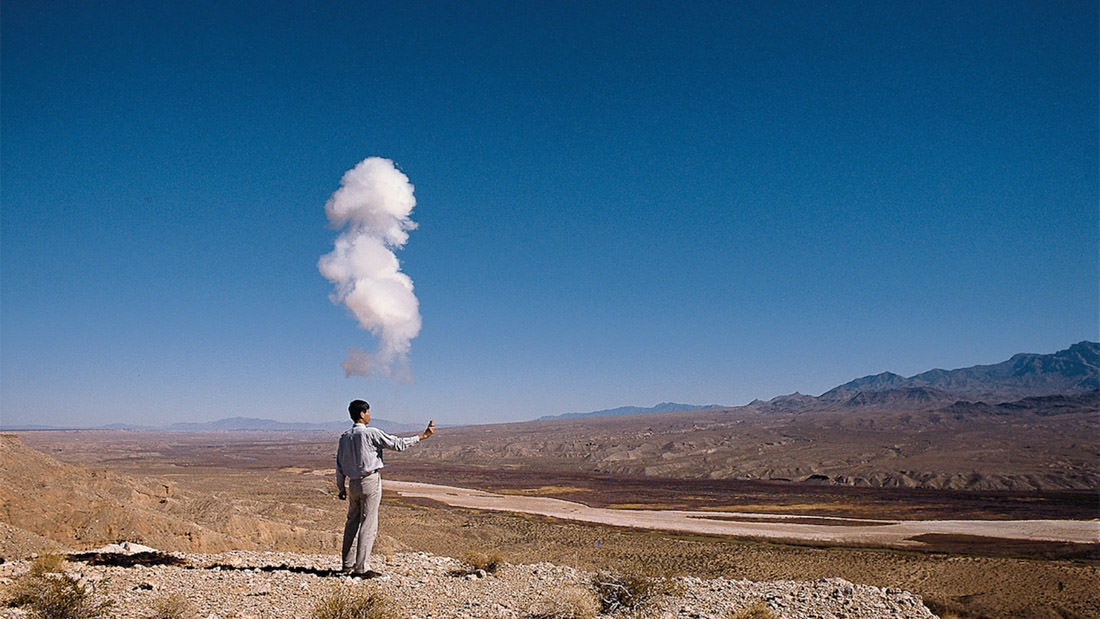 On the lighter side of films in competition, one of the opening night selections promised a little extra bang for your buck. “Sky Ladder: The Art of Cai Guo-Qiang” follows the famous Chinese artist around the world as he lights the skies with his impressive fireworks shows and fills galleries with retrospectives of his mixed media work. Kevin Macdonald takes a steady approach in explaining the prolific artist, pacing quick montages of Guo-Qiang’s displays with occasional moments to lean back in awe of the spectacle. Guo-Qiang is only happy to answer questions about his troubled past growing up in the Cultural Revolution, his parents’ unhappy marriage, and the project he has unsuccessfully tried to stage over the past 20 years, a fireworks display he affectionately calls “Sky Ladder.” According to his vision, the chain of red flares half a kilometer (or roughly 1,640 feet) into the sky is meant to symbolize a dialogue between the heavens and the earth, but that becomes secondary to the emotional struggle to complete the project after weather, permits, and terrorism threats foil him time and time again. We want more than a show, we want Cai Guo-Qiang to succeed in his artistic endeavors. 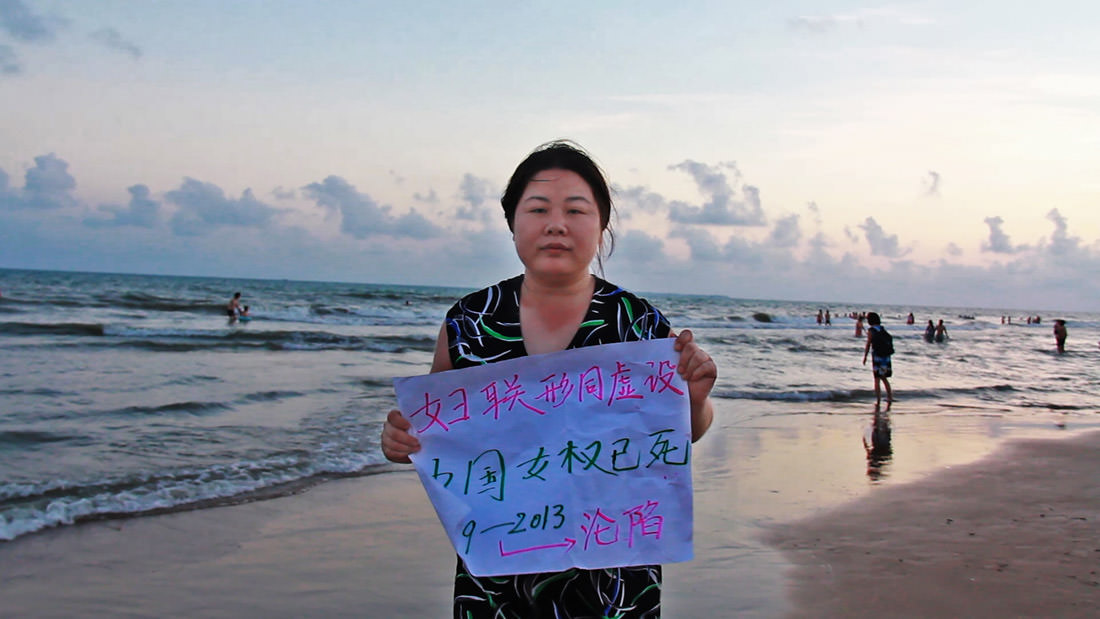 Likewise, the rabble-rousing world documentary “Hooligan Sparrow,” encourages its viewers to cheer for its star. The story of Ye Haiyan, a.k.a. Hooligan Sparrow, captures her unconventional and poignant activism through a tense story that explodes after she (and other women from her collective) protest against leniency for a pedophile principal. Shot underneath the Chinese government’s nose, filmmaker Nanfu Wang balances becoming a part of the story and the untold dangers of activist life in China. As a first-time director, she ensures that “Hooligan Sparrow” contains as much damning evidence as she can feasibly record before her safety is compromised. Shortly after the protests, men surrounded Sparrow’s apartment and threatened her, but when police arrived, they arrested her for allegedly assaulting one of the men. Her friend and fellow activist Ai Weiwei recreated the moment when Sparrow and her young daughter were evicted from their apartment for his retrospective at the Brooklyn Museum. Wang is constantly harassed for filming in public. From enthusiastically documenting the peaceful roadside protests to escaping police surveillance, the movie’s fighting spirit is a standout. 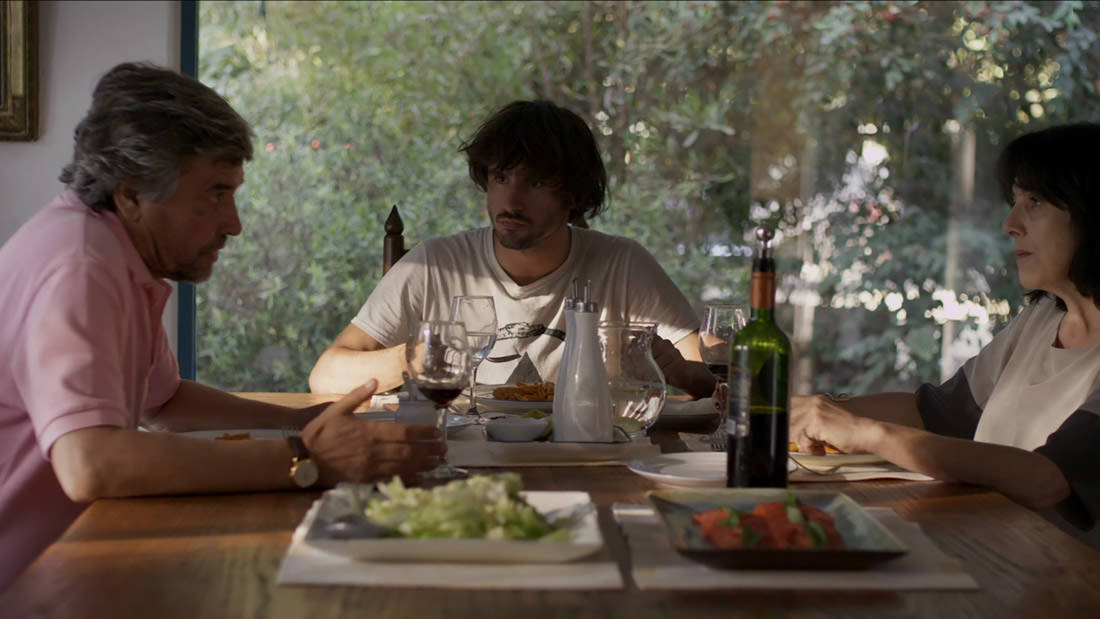 Not to be confused with the Shakespearean play, the Chilean drama “Much Ado About Nothing” is an uncomfortable watch in an unconventional way. Vicente and his friends go out to party like they normally do, but on their return home, they strike and kill a stranger. What happens next is the true unspeakable horror as these spoiled brats are unremorseful for their actions. The slow film deliberately peels back layers of privilege that allows for most of Vicente’s guilty friends to get out of court scot-free, while he could go to jail for the crime. If there hasn’t been a movie that discussed “affluenza” yet, consider tracking down this new movie with a familiar title.

The typical Sundance movie is perhaps playing in the next theater over, but these vastly different gems are more than happy to redefine what it means to be a film at this festival.