Editor's note: Hunter Harris is one of three recipients of the Sundance Institute's Roger Ebert Fellowship for Film Criticism for 2016. The scholarship meant she participated in the Indiewire | Sundance Institute Fellowship for Film Criticism, a workshop at the Sundance Film Festival for aspiring film critics started by Eric Kohn, the chief film critic and senior editor of Indiewire.

In a June 1984 interview with the Village Voice’s Richard Goldstein, James Baldwin articulated the central drama of an American life. He and Goldstein were speaking about how Baldwin—by that time 60 years old—felt distanced from the gay subculture that was beginning to draw attention from the mainstream. “I think Americans are terrified of feeling anything,” Baldwin said. “And homophobia is simply an extreme example of the American terror that’s concerned with growing up. I never met a people more infantile in my life.”

This wasn’t an entirely new idea—Baldwin had described it well in the past, and to some extent so did de Tocqueville over a century prior, and so did Notorious B.I.G. almost a decade after Baldwin’s death. That Baldwin made this observation in an election year feels significant, since many of this year’s Sundance picks dealt in and around the same conclusion: to be an American, in the time of Donald Trump’s tantrums, “Bernie Bros,” and “Hill-figers,” is to reckon with the legacy of the erasure and ahistoricism that has always been in the soil of our nation’s identity.

With “The Birth of a Nation,” writer/director/producer/star Nate Parker achieved something magnificent. As a piece of filmmaking, his “Birth” is just above average, but, as an experience, it directly challenges the erasure of American narratives that aren’t white, straight, male, or privileged. By choosing Nat Turner (a Virginia slave preacher who led a day-long rebellion of slaves and free blacks) Parker is subverting the false notions of “Americanism” that have fashioned themselves as the norm.

“Birth of a Nation” is importantly not just a piece of American history, but cinema history too—taking D.W. Griffith’s title more than reclaims that phrase, but recasts film as an art that can grow to be not only politically correct but politically aware. The existence of “Birth” and the conditions of its production (it is, after all, a movie about a slave that doesn’t need white-saving or whitesplaining) is an attempt to move beyond an infantile avoidance of the legacy of slavery. The movie is rewriting our history of slavery by adding a story that’s never seen. At a Sundance panel at Black House, Parker said he needed an audience with empathy; what his film requires is an audience willing to take a hard, clear look at how the exclusion of Nat Turner’s legacy from the American canon is indicative of a selective consciousness that can stand the starkest cognitive dissonance: we might have voted for Obama, but we’ll still click on Trump. 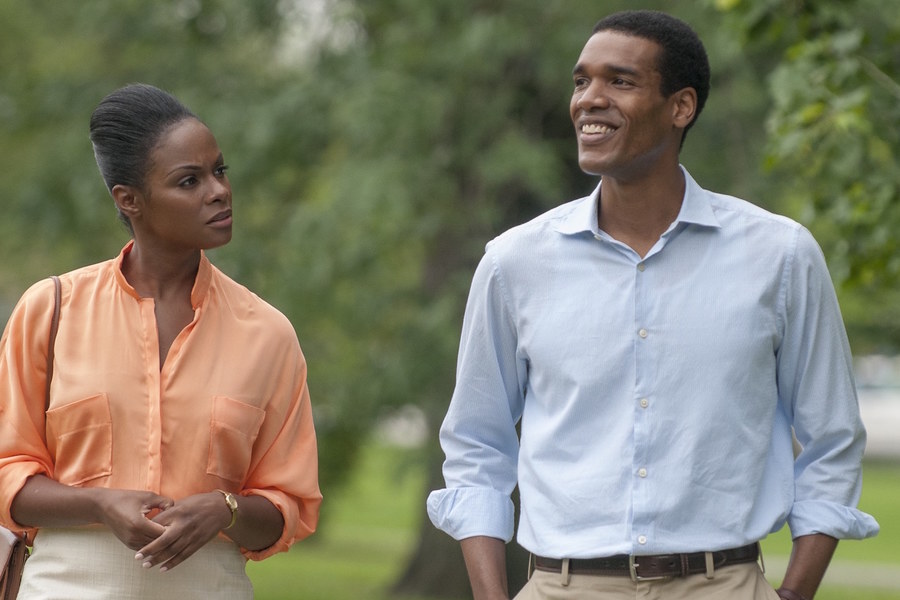 The irony, then, is too great that Richard Tanne’s “Southside With You,” about the Obamas’ first date, also premiered in Park City. The parallelism is clear: “Birth” and “Southside” bookend one another in a way that’s nearly perfect. Our first image of young Obama (Parker Sawyers) is him reclined in a chair, reading Toni Morrison’s Song of Solomon, a cigarette dangling between his slender brown fingers. He might have achieved some part of Nat Turner’s dream, but he’s on his way to the larger American one. Everyone knows how this story ends (even he seems to be in on the story of his future), but watching his meet-cute with Michelle Robinson (Tika Sumpter) is like watching the earliest scenes of an American dream. When we meet them both, they’re in the beginning stages of truly recasting themselves into the power couple we know they’ll become. The American ahistoricism that allowed Nat Turner to be forgotten plays more personally in “Southside,” showing how burying an inner paternal conflict allowed Obama, the biracial outsider, to become President.

Director Chad Hartigan's “Morris From America” in some way fills in the blanks of what Tanne implies about Obama’s childhood. Morris (Markees Christmas) is a black American kid living in Germany with his father (Craig Robinson) who learns the paradigms of American identity from afar, while still thinking within them. His dad teaches him about classic hip hop that seems lot like passing down an oral history, but still he introduces his teenage crush to Jay Z. Living abroad, he’s performing America—the music, the stereotypes, the pop culture—at first for himself, and then sometimes later for his friends.

But outside of the question of how the past is ignored (as in “Birth”) or how to harness it to move forward (as in “Southside”), sometimes the old days and old transgression can’t be. Kenneth Lonergan’s “Manchester by the Sea” follows a lonely handyman trapped in the trauma of his history. The men in this movie are terrified in a way Parker’s Nat Turner and Tanne’s Barack Obama are not—for the time that Lee Chandler (Casey Affleck) and his nephew Patrick (Lucas Hedges) live together, they’re inseparable and yet couldn’t be farther apart. Every misstep feels like a collision, every long silence a fresh death. They’re too terrified to feel anything because they’re feeling everything, and all the time. Lonergan’s vision is of an American trapped in a state of arrested development, unable to erase or more forward or change.

There’s no single narrative to what it means to be an American, but an election year does give a clear take on our decision-making. The convergence of “Birth,” “Southside,” “Morris,” and “Manchester” at this festival work hard at looking at Americans who are consciously making and unmaking new and old versions of themselves, much of what an election does to our politics.