During the four days of San Diego Comic-Con, you'll need to leave the exhibition floor and the panels at some time to rest your feet and recharge your cellphone. I found the perfect spot and twice I witnessed a photo shoot by Trevor Toma, documenting the final results of the students of the Cinema Makeup School.

In my case, it was the purple-faced guy, Thanos, and the lady in red (with spear and tail), Diablo. You'll be hard pressed to find better costumes at SDCC.

Post-SDCC, I had a brief email Q&A with the school's media relations spokesman, Ben Malenka. Next year, I hope to follow the process for one or two characters.

Q: Was this part of a panel?

A: No, Cinema Makeup School specializes in teaching students makeup and prosthetic special effects as used in film and television. Comic Con is a terrific place to showcase student and alumni creations. This year we had four characters: Thanos from the Marvel comic books, Diablo from the Diablo video game series, a Fosh alien from Star Wars and a Kaleesh female sith warrior from Star Wars. The makeup and costume are all designed and built by our students, alumni and staff.

Q: How long did it take for each person to get into full makeup and how many people were working on it?

A: Each makeup had one to two lead artists who oversaw the design process and applied the makeup at the convention. Behind the scenes at the school, we had additional team members working on all of the demos to help with the labor intensive process of creating the custom prosthetic effects and costumes. The process begins many months before Comic Con with life casting, sculpting and lab work. Applying prosthetic makeup can take anywhere from one to several hours depending on the number of pieces and how complex the look is. For example, Thanos took roughly two hours while Fosh took almost twice that.

Q: Do you come to SDCC every year?

A: Yes, we have been an exhibitor for three years now and before that we would attend as a featured guest in another booth. Last year we created Apocalypse from Marvel's X-Men and The Joker from DC Comics The New 52.

Q: What movies might we have seen your school’s makeup work in?

A: Cinema Makeup School graduates have worked on in hundreds of films of all sizes from small independents to big blockbusters like "Inception" and "Iron Man 3." They also work on major TV shows such as Hannibal, Zoo and "Dancing with the Stars." Fans of the Syfy makeup show "Face Off" will recognize over twenty of our students and instructors who have appeared as contestants and judges.

Advertisement
Below is a photo gallery of the costumes: 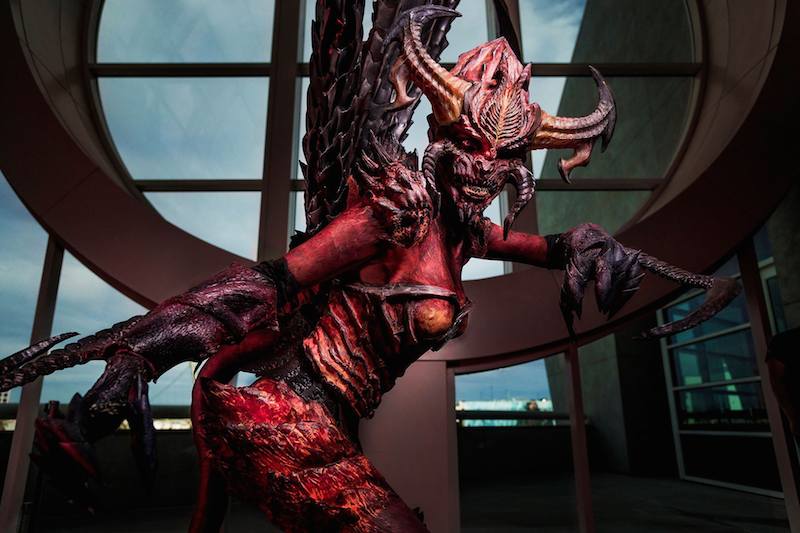 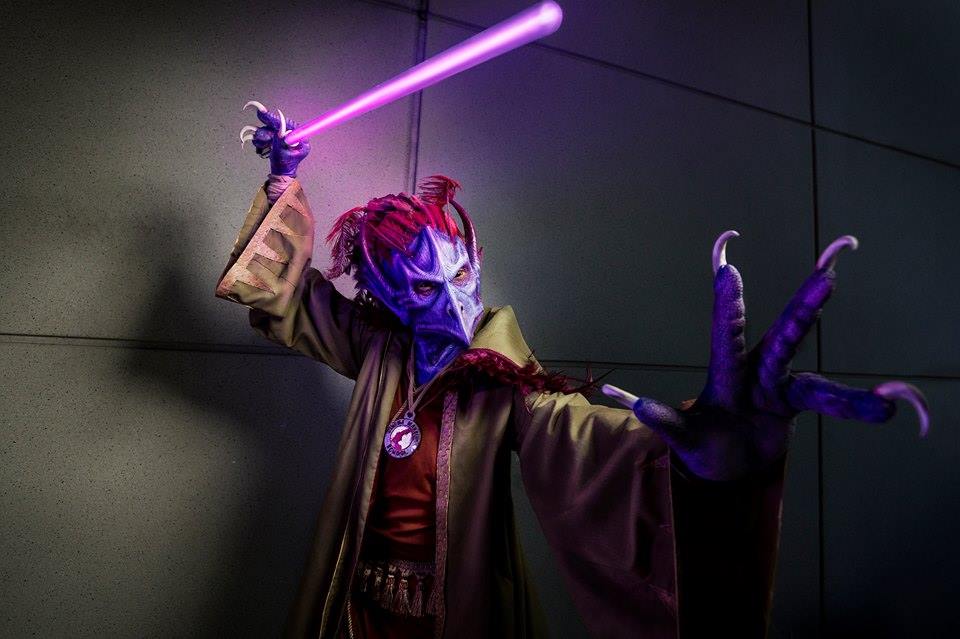 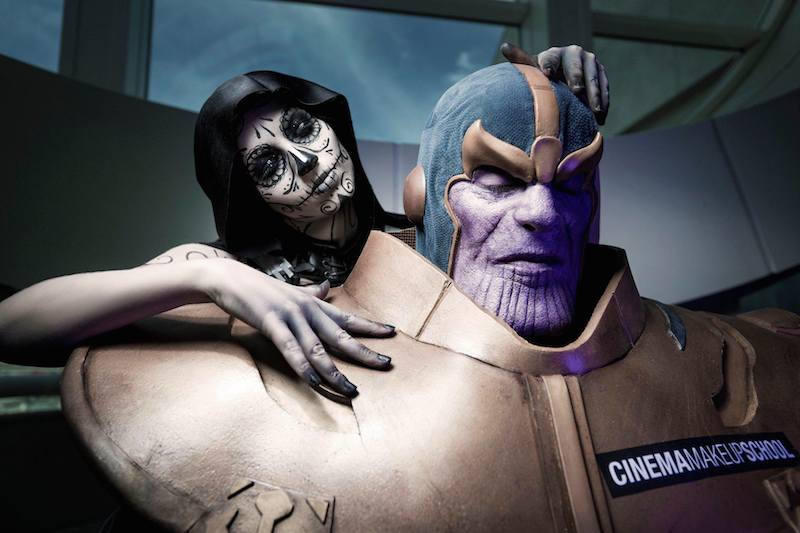 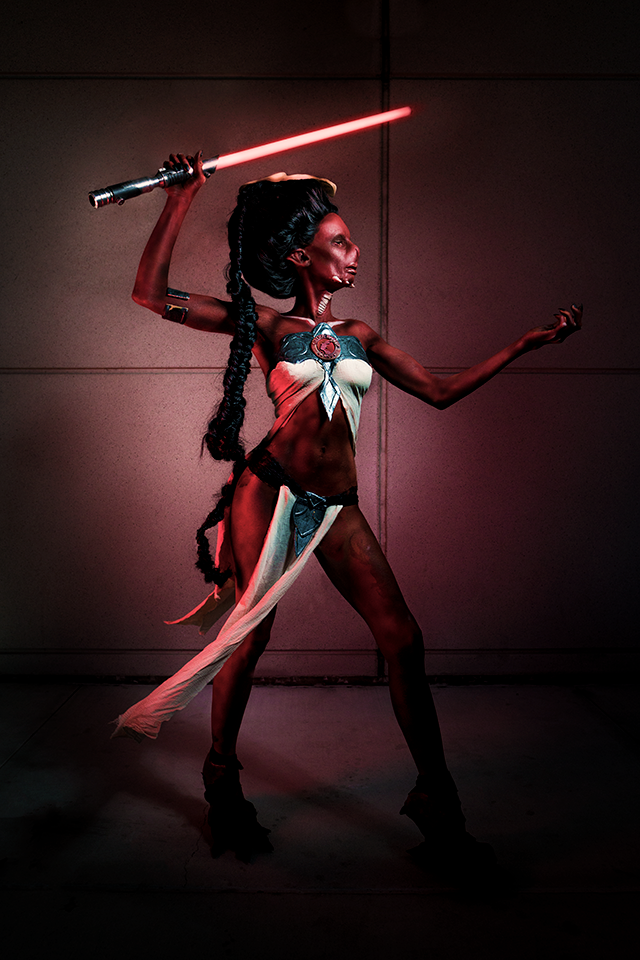 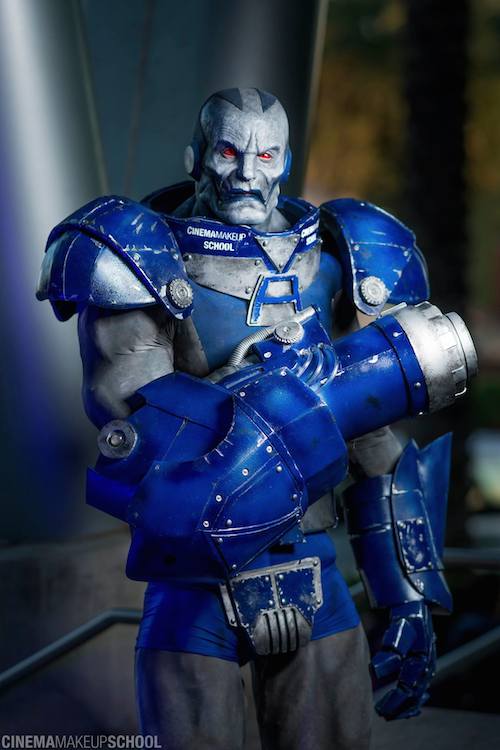 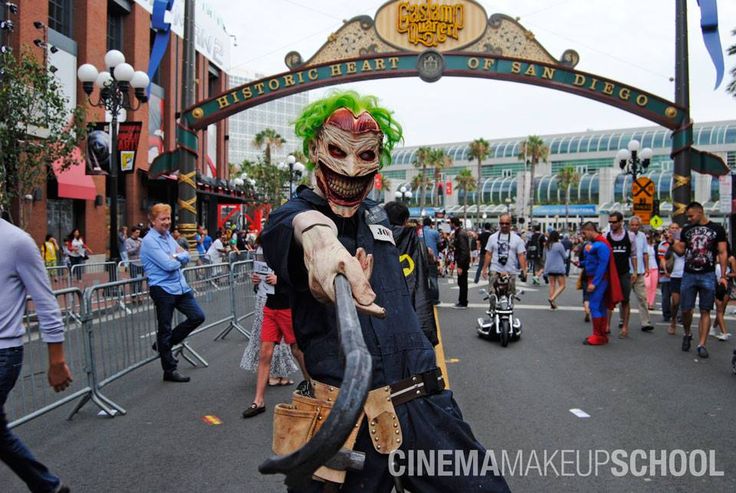 All the photos were taken by Trevor Toma, except the Joker photo was taken by Cinema Makeup School.