In Praise Of The Alloy Orchestra (and The Virginia Theater)

I experienced a nifty personal milestone this spring: I got to go to EbertFest for the very first time. I saw some great films, caught up with old friends, made new ones, participated in a few panels, and got to meet an audience that is probably unique in American film culture. That is, folks from both the Champaign/Urbana area who eagerly pay homage to a hometown hero (and legend), and film lovers from all over the country whose eyes and ears are open to great cinema of all stripes, from the challenges of Godard to the urban tale-spinning of Chazz Palminteri and Robert DeNiro and beyond.

I want to share some impressions of one presentation I particularly reveled in. Every EbertFest presents an example of silent cinema, and this year the picture was 1926’s “The Son Of The Sheik,” directed by the now almost entirely forgotten French-born George Fitzmaurice and starring, in his last film, romantic icon Rudolph Valentino. Its particular enhancement was provided in the form of a live score by the Alloy Orchestra, a trio that’s been using a motley array of “junk” percussives and electronic instruments to conjure fantastic, evocative music for silent pictures both classic and obscure. 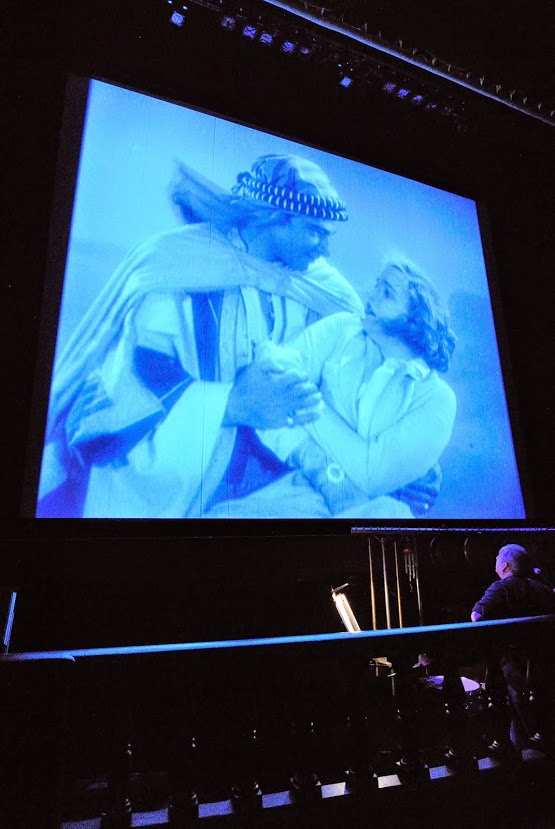 The movie’s an excellent match for the combo. These days, the force of anachronism sometimes makes it difficult, when watching a silent film, to determine whether the funny moments contained therein are deliberate, or the result of our reaction to an outdated mode of expression. “Son of the Sheik” has a lot of creaky, “problematic” elements: its Hollywood portrayal of an “exotic” culture, for one thing. It’s sexism, for another: the mode of sexual interaction suggested is what today’s smart young things would call “rapey.” This stuff is so forefronted that it’s easy to lose sight of the fact that “Son of the Sheik” is actually a pastiche. The sendup is signaled a bunch of ways: the fact that Valentino plays a dual role, that is, the title character and his own aged father, ostensibly the hero of “The Sheik,” the 1920 picture that helped make Valentino famous. The film’s script is partially by Frances Marion, who, yes, wrote the story for the tear-jerking  “The Champ,” but later collaborated with future “Citizen Kane” co-writer Herman J. Mankiewicz on the film adaptation of the razor-sharp comedy “Dinner At Eight.” Valentino had expressed dissatisfaction with his screen persona in a 1925 interview,  stating, "I wanted to make a lot of money, and so I let them play me up as a lounge lizard, a soft, handsome devil whose only sin in life was to sit around and be admired by women....I was happier when I slept on a bench in Central Park than during all the years of that 'perfect lover' stuff....No, I am through with sheiking." With a little more star leverage but also a need to get back to the familiar after some less-than-earth-shattering box office, he opted to have fun with the sheiking business. 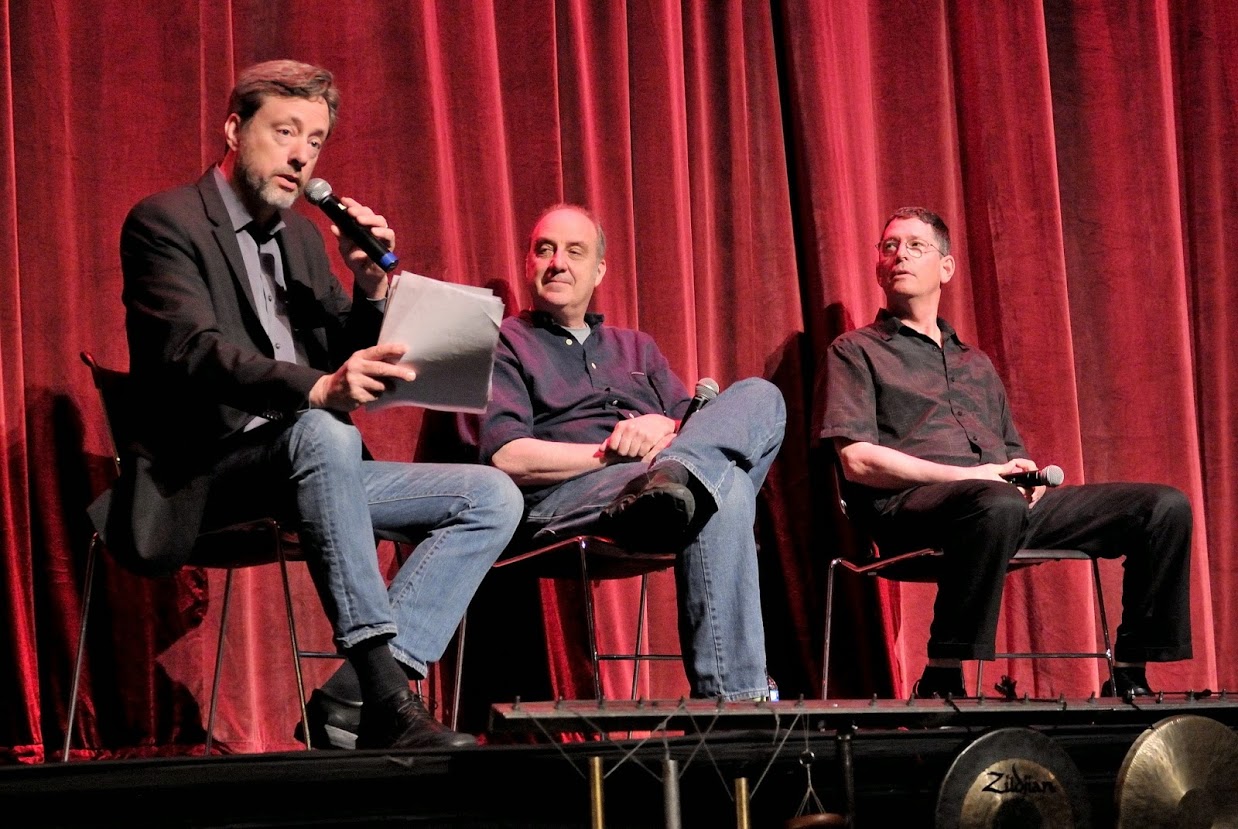 The result is a giddy action film that’s only offensive if taken seriously, which you’d have to work hard to do. Although in a post-screening interview, Alloy Orchestra co-founder Ken Winokur mentioned that he himself had some misgivings about the movie’s content, the spirit of the picture actually teases out some very particular strengths in Alloy’s approach, particularly that of playfulness. Just as William Cameron Menzies’s set design for “Son of the Sheik” partakes in a spirit of parody and exaggeration rather than disrespectful appropriation, so too did the Alloy score for the picture. “I mainly wanted to score the picture because it would give me an opportunity to play hand drums, which I hardly ever get to do,” Winokur mentioned to moderator Michael Phillips after the screening. Those instruments carry a strong association with “desert music” but also, subsequently, 1950s “lounge music,” beatniks, and so on. While the movie is strongly situated in the 1926 in which it was made the Alloy score teases out a bunch of temporally subsequent associations, and does so with an ever-active but never ostentatious wit.

And at the same time the music—the sinuous electronic keyboard melodies of Roger Miller, and the sometimes clamorous but always rhythmically acute percussion of Winokur and Terry Donahue—evokes and enhances the exact atmosphere the 1926 film visualizes. The 2K restoration of the picture was excellent, and as projected on the generous screen of the Virginia Theater, it was, for lack of a better term, genuinely magical. The film’s technical excellence—the split-screen scenes in which Valentino acts against his “older” self, the uniformly impressive stunt work, both on and off horseback—is still impressive today. And for all its objectionability, there is still something sexy about the storyline’s goings-on, which involve the title character’s dalliance with a dancing girl whose treacherous family and entourage would like very much to exploit the romance. Roger Ebert himself said the Orchestra is “the best in the world at accompanying silent films;” seeing and hearing them do it live in such an apt venue, with such a receptive audience, was an incredible treat. I hope they, and I, come back next year.

And if you can’t catch them doing “Son of the Sheik” live, you can order the DVD from the group’s website.