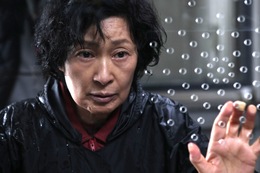 May 17, 2009--Yesterday's most blazingly good (and funny) film was Bong Joon-ho's "Mother," another dark comedy from Korea. Although he had a cult hit in the U.S. with his 2006 film "The Host" (2007), his earlier features "Barking Dogs Never Bite" and "Memories of Murder" have only been seen on the festival circuit or in cinematheques. "Mother" is very likely to open a few more theater doors in the West.

"Mother" opens with actress Kim Hye-ja, a woman beyond middle-age, incongruously dancing in a grassy field, and ends with her even more incongruously carefree dance in the aisle of a tour bus as the full effect of Bong's narrative sleight-of-hand sinks in. He leads us on, plays with our sympathies, and makes us pay big-time for falling for Kim's irresistibly eccentric Mom. Mom owns an herb shop in a small town, practices acupuncture without a license on the side, and lives for her grown, but not grown-up, son Do-joon, a young man blessed with a beautiful face and a dim brain. She's doting and ditzy and given to nonsensical platitudes like "Always eat well after coming back from the police station."

He's an annoying but harmless clown who collects lost golf balls and still sleeps in his mother's bed. Trouble is Do-joon's middle name, and when he's accused of the murder of a pretty girl with a questionable reputation, Mom ramps up her wily pit bull act on his behalf, determined to prove him innocent at any cost, despite the fact that the whole town seems to have it in for him based on circumstantial evidence.

Mom's tough, sneaky and hilariously resilient, and she thinks on her feet. There's a wonderful sequence where she breaks into the house of Do-joon's best friend looking for clues, then has to creep out with what she thinks is a piece of evidence after the man and his teenage girlfriend arrive home with amorous intentions. It develops that both Mom and Do-joon have secrets, and Bong keeps smashing our assumptions with a sledge-hammer right up to the final frame. 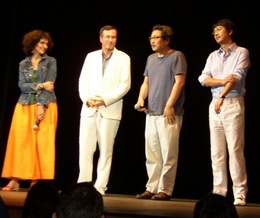 Graduate of the Film School of the Chicago Art Institute makes good: (l-r) a rep from the Directors' Fortnight, its artistic director Olivier Pere, director Hong Sang-soo, and actor Kim Tae-woo of "Like You Know It All" (Barbara Scharres)

As I walked down the Croisette after "Mom," heading for a screening of Hong Sang-soo's "Like You Know It All," the sun was shining and one of those Peruvian flute bands was playing the soundtrack music from "The Last of the Mohicans." This is Cannes, after all, and even the rustic folk musicians know how to milk the movies for some cash.

What are the odds of there being two fine Korean comedies back to back? It happened, and this, again, is Cannes. Hong, an alumnus of the School of the Art Institute of Chicago, is better known for the restrained, cerebral quality of films including "Woman Is the Future of Man" and "The Power of Kangwon Province." This new film is possibly the closest he will ever come to making a knee-slapper.

"Like You Know It All" is a satirical comedy on the life of a critically acclaimed young film director, very much like Hong himself. Hmmm. With some awkward acting in the first few minutes, and some clunky parodies of festival types when "Director Ku" shows up at a film festival to serve on the jury, I feared that the film was going to turn into a painful exercise in insider humor. But this engrossing shaggy-dog story of a joke is universal, and is at Hong's expense, as he intends. 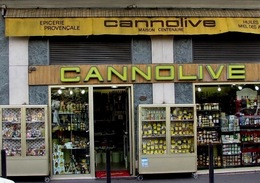 Bring your own bottle (Barbara Scharres)

The film is in two parts, the first half set at the film festival, and the second half in a resort town where Ku has been invited to deliver a lecture to a class of film students. Every situation he encounters begins with a prolonged bout of drinking and ends the next day with bizarre accusations and threats of violence when his seemingly innocuous behavior is mysteriously interpreted in a variety of offensive ways.

He's invited into the home of old friends, and leaves being driven off the property with threats. Over the course of the story Ku manages to alienate just about every person with whom he has interacted, most especially the women. The funniest aspects of the story emerge from the disconnect between what we see of Ku's actions and the absurdly inappropriate reactions he provokes.

Hong throws in many references to his own life and education, including, when Ku meets up with an old professor from his art school days, he says, "It may have been a drunken word from you that changed my whole life;" reminding the teacher that he once told him, "You'd be no good as a painter, how about a film director?" 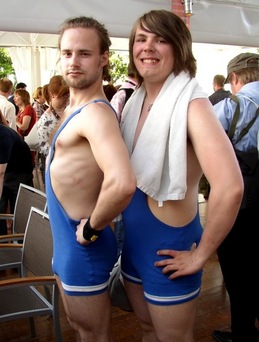 A quick trip to Monoprix to buy new batteries for my camera took me past the best place in town to buy inexpensive gifts with authentic Cannes flavor. The store is called Cannolive, and it's homely, a little shabby, and across the street from the railroad station. There are many chic stores that sell olive oils and soaps and suchlike from Provence, but this is not one of them. It's a place where housewives bring in bottles to refill from big vats of the local olive oil, or come to buy olives, jam, and herbs. The soaps are made nearby but they don't have fancy wrappers. The tiny Cannes olives, tasty but more pit than meat, can be bought in sealed plastic pouches for almost nothing.

The supposed "liberated party" to which I'd received an invitation a few days ago, finally took place. Co-hosted by Finland, Norway, Latvia, Estonia, and Lithuania, it was a pretty calm afternoon affair held in a tent in front of the Grand Hotel. I stopped by just long enough to take a photo of two actors from the Finnish film "Nurmoo" who were wandering around in their minimal costumes. I haven't seen the film, but these jolly guys were more than eager to pose for pictures. I picked up the party's goody bag as I left. It contained two airline-size vodka samples, an Estonian pencil, a little box of some awful imitation-Gummi candy, and a DVD of Finnish film trailers.

Students who should be designing for the Cannes red carpet

The trailer for "Mother"