Perhaps it’s the social and cultural crisis in which we find ourselves besieged by stories of police violence against minorities or the lingering sting of the Academy Award snubs for “Selma,” but this year’s Black Harvest Film Festival, starting this Saturday, August 8th at the Siskel Film Center, and continuing through the month, feels more essential than ever. Adding to this resonance is the fact that the 2015 Black Harvest line-up is heavy with great, socially conscious documentaries. It’s no accident. Sergio Mims, co-founder and co-programmer tells me that “this year’s line-up is more politically and socially conscious than in previous years. A large part of that is because of today’s politically charged environment that we are in, and filmmakers are responding to that, making their voices heard.”

The highlights start early as Marc Silver’s excellent “3 ½ Minutes, Ten Bullets” plays on August 9th (3pm) and August 10th (8pm) with a guest appearance by Lucia McBath, one of the film’s heartbreaking subjects. McBath is the mother of Jordan Davis, a young man who became nationally known after a confrontation at a Florida gas station ended in his murder. Michael Dunn claimed that he not only felt threatened by the vehicle of young black men next to him but that he thought one of them had a gun. His case would highlight inherent flaws in the “Stand Your Ground” defense as well as the prejudicial and deeply inaccurate way our media covers cases like this one. It was never about loud music, as the press inexplicably portrayed it. Whether you believe Dunn or Davis, it was about race and violence.

Silver could have taken any number of approaches to this tragic story, but he deftly allows it to unfold primarily through expertly-edited courtroom footage. He also spends a lot of time with Jordan’s friends and families, painting a portrait of a victim that our journalistic establishment seemed afraid to do. The brilliance of “Ten Bullets” is in how it avoids blanket statements about the sad state of our country, staying away from talking-head generalizations and focusing on this specific, heartbreaking story. It’s excellent. 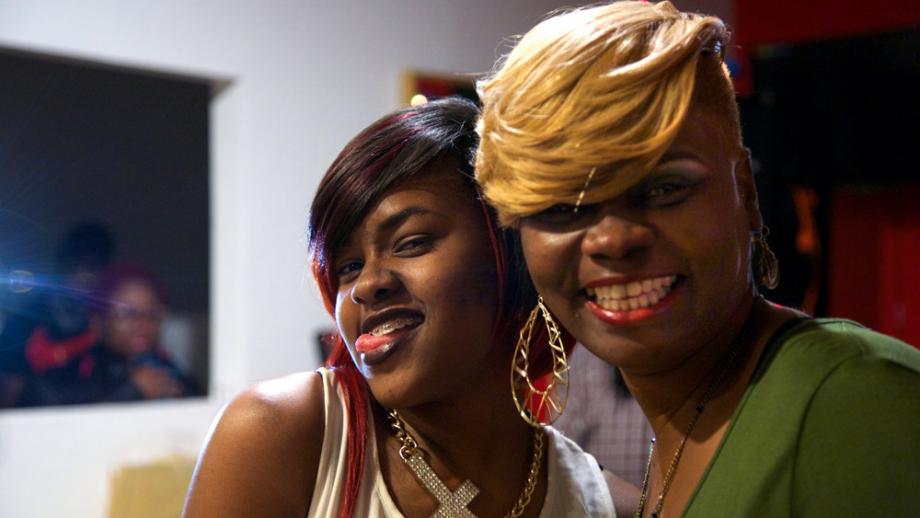 Also surprisingly excellent but with nowhere near the profile of “Ten Bullets,” which has already received a theatrical release in NYC after its Sundance premiere earlier this year, is the fantastic “Takin’ Place,” which plays on August 21st (8:30pm) and August 27th (8:15pm). One of the most consistently excellent elements of Black Harvest has been how much it supports local filmmakers, often finding phenomenal talent right here in our wonderful city.

The talent here is director Cyrus Dowlatshahi, who captures Chicago’s South Side in the ‘10s in ways that other filmmakers have failed to do. Using a fly-on-the-wall, non-judgmental approach, Dowlatshahi merely spends time with the people working, living, loving and fighting to survive every day on the streets of Chicago. He intercuts time in a salon with some outspoken customers with ride-alongs with the talkative Jerk Man (a chicken delivery man), who describes the landscape of a part of the country often called "Chi-raq." The filmmaker gets the most emotional mileage out of a memorable grandmother has watched too many of her kids and grandkids go down the wrong path, and will not put up with more nonsense. Delicately, “Takin’ Place” captures struggle and joy, often taking place in the same conversation. What these people have in common most of all is taking life one day at a time, one encounter, one crisis. As the Jerk Man says, “I cross bridges as I reach them.” Dowlatshahi’s film has the power to create bridges for all of us to cross. 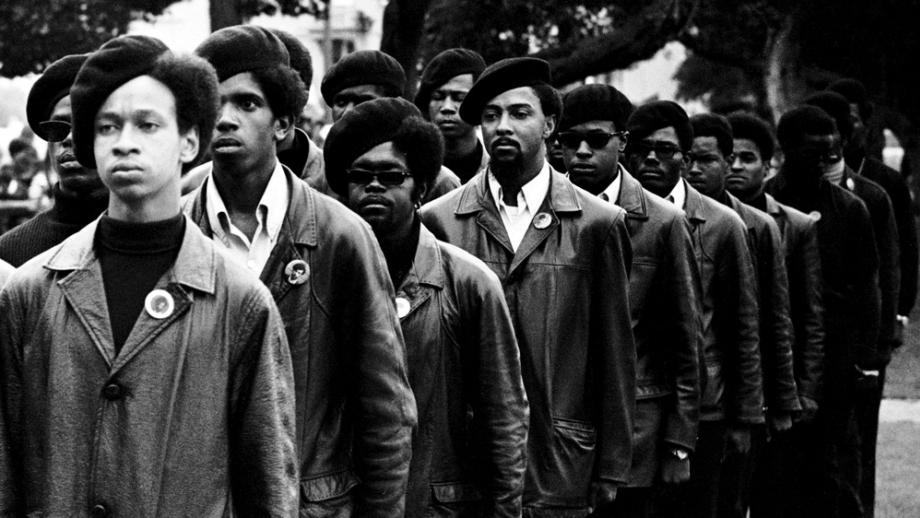 While increased internet availability and an abundance of film festivals in Chicago might seem like a problematic bridge for Mims, he approaches it differently, saying, “We have always been in competition with other festivals, but I have noticed that as Black Harvest’s reputation has grown over the past 20 years, I can say other festivals are now competing with us, and it’s gotten easier to get films submitted, where before we had to convince filmmakers to send us their films.”

The line-up this year seems to confirm Mims’ assertion, as the programmers scored a coup by landing a special advance screening of the Sundance hit “The Black Panthers: Vanguard of the Revolution,” which plays on August 29th at 8:30pm before returning to the Siskel for an exclusive Chicago run at the end of September.

Stanley Nelson’s documentary is a remarkably detailed look at the history of the Black Panthers that wisely focuses tightly on its subject. What I mean by that is that this not a bio-doc on Huey Newton. It opens with the early days of the organization and stays committed to the social importance of the entire group more than focusing on the people within it. It really covers their whole story, from the attention given the Panthers when they carried guns to the California legislature (can you IMAGINE that happening today?) to their eventual downfall due to internal disagreements. Nelson is masterful at keeping “Vanguard” from becoming too much of a talking-head doc while he intercuts current interviews with key players with some incredible archival footage. Getting “The Black Panthers” was a labor of love for Mims, who considers the film Nelson’s “strongest work by far.” 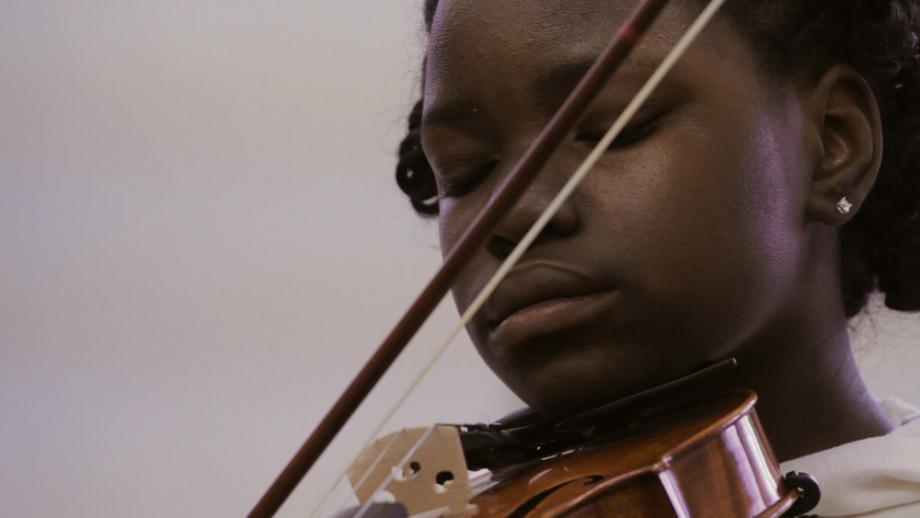 Another film that Mims considers essential to this year’s line-up is the final documentary I’d recommend of what I’ve seen, “Crescendo! The Power of Music”. Directed by Jamie Bernstein (Leonard Bernstein’s daughter), Mims worked to get the movie for three years, while it was still in production. He considers it the “best feel-good-inspirational film of the year.”

He might be right. It's a little too slight to support its feature running time, but there’s something undeniably uplifting about “Crescendo!,” a movie about the incredible power of music that plays on August 16th (3pm) and August 18th (6:15pm). José Antonio Abreau, creator of the El Sistema music program in Venezuela forty years ago, said, “From the moment a child picks up an instrument, she is no longer poor.” Bernstein’s film follows two Sistema-inspired programs in the United States—one in Philadelphia and one in Harlem. She wisely focuses on a few children within these programs, capturing both how learning an instrument can focus young people in passionate ways and yet not sugarcoating the difficulties of the commitment. Art has the power to change lives. As it is further pulled from our school programs, we need more evidence in the world of how much we need it, especially when we’re young. Not only is “Crescendo!” a great piece of that evidence but so is the entire Black Harvest Film Festival, now more than ever.