One of the benefits of covering an excellent film festival from afar is that a critic can be very selective in what they watch. It’s not like I have to adhere to a schedule. I’m just sampling what the festival has to offer to get an idea of the programming overall, while my colleague Justine Smith covers it on the ground (watch for her recap later this week). And so I can pick out Fantasia Fest highlights that I've heard about from other film events around the world and from high-profile directors. Consequently, I liked or loved all three of the very different films in this dispatch, an indication of the festival's breadth, in terms of style and subject matter, as well as its remarkable quality.

One of the best films I’ve seen this year played at Fantasia Fest 2016 after winning the documentary award at SXSW, Keith Maitland’s “Tower,” a movie that couldn’t more timely or powerful. Almost exactly a half-century after the tragedy it chronicles, we again read of similar horror in the world, and could use this film’s reminder that we are inherently brave, good people. By focusing on the survivors of evil instead of a perpetrator of it, and by using a daring style to do so, “Tower” is one of the most essential films of the year.

On August 1, 1966, a man climbed the tower at the University of Texas in Austin and started shooting people in the square below. As the heat of the day started to intensify the horror of it all, he shot indiscriminately, hitting a pregnant woman and her boyfriend as they walked; hitting two boys on a bicycle; shooting at officers responding. Maitland and his team recreate the events of the day using the same kind of roto-scope animation that Richard Linklater used in “Waking Life,” a surprisingly effective technique. It’s transporting in a way that live-action recreations wouldn’t be, particularly because Maitland also stages interviews with the survivors of that day, conducting them with the still-living subjects and then having actors of the age they were in 1966 read the answers. There are no title cards or names, and people speak in first person about what happened to them as if it were yesterday. The structure creates tension in unexpected ways and brings us into the moment. There’s a scene in which the pregnant woman discusses the rescue effort to get her out of the middle of the square—I yelled “Get down!” to an animated character and even started to get emotional from the tension.

Ultimately, that’s what I’ll remember about “Tower”—the emotion. It is raw and urgent in ways that documentaries about historic events rarely are. From the effective, mostly piano-only score to the sweeping camerawork that captures the event in ways that simply wouldn’t be possible otherwise, “Tower” sticks in your gut and works at your heart. The final act, which turns to the citizens who worked together to stop a madman, had me in tears. “Tower” takes a story of violence and madness and turns it into one of heroism and survival. It’s a message we could all stand to hear right about now. ["Tower" screens again tonight, August 1 at 7:20pm and tomorrow, August 2 at 5:00pm, before a limited release in October. Click here for more information.] 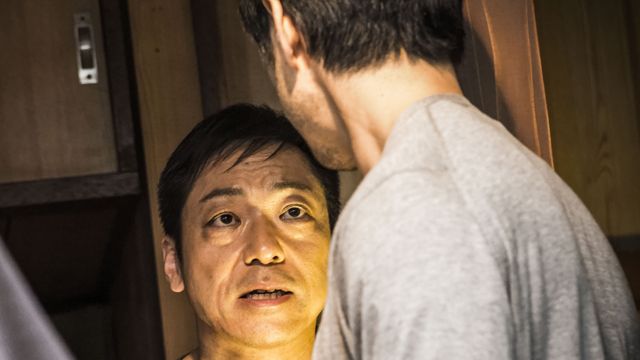 The message of Kiyoshi Kurosawa’s “Creepy,” touted as a return to genre form for the great horror movie director of “Pulse” and “Cure,” is a lot simpler: don’t trust your neighbors and don’t let your own smug professionalism get in the way of protecting yourself. Kurosawa’s crime saga opens with a character-defining scene as a police officer named Takakura (Hidetoshi Nishijima) seems almost excited to be interviewing a serial killer—he speaks more of his own psychopathology theories than noticing that his interview subject is truly dangerous, until he escapes and takes a few lives in the process, even stabbing our protagonist. A year later, Takakura and his wife Yasuko (Yûko Takeuchi) are searching for happiness in domesticity, but the officer gets drawn back into a case involving a missing family. At the same time, they are wary of their odd neighbor Nishino (the excellent Teruyuki Kagawa), who may just lack social skills, or be a maniac. Only time will tell.

Kurosawa is a masterful filmmaker. Watch the way his camera slowly moves around Takakura’s new neighborhood, creating dread from the very concept that we don’t know the people who live next to us as well as we think we do. As the case he’s working on and his home life intersect, “Creepy” takes a little too long to get to where we all know it’s going, but the filmmaking makes the slow pace worth the wait. I wish Takakura himself was a little more well-defined as a protagonist—the undeniable theme of his own arrogance getting in his way feels underdeveloped—and Yasuko’s character takes a drastic turn that I didn’t quite buy. But every narrative issue with the film is overwhelmed by the quality of the filmmaking on display. 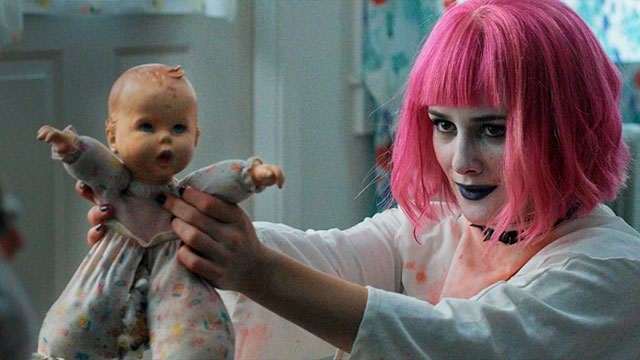 Finally, there’s Zach Clark’s “Little Sister,” another indie film that leads me to wonder why Addison Timlin isn’t a star yet. She’s appearing in a Scott Hicks romantic drama ("Fallen") shortly, so maybe that will do it. She’s fantastic here as Colleen, a young nun who comes home after her soldier brother Jacob (Keith Poulson) returns from Iraq with severe burn injuries. Holed up in his room, playing drums and ignoring even his fiancée Tricia (Kristin Slaysman), Jacob is avoiding everyone, even the CNN reporters who want to call him a hero. His parents Bill (Peter Hedges) and Joani (Ally Sheedy) have no idea what to do with him. Colleen, having ignored her family for years, convinces her Reverend Mother (Barbara Crampton) to let her go home and help in this variation on so many you-can’t-go-home-again stories.

Clark very purposefully sets his story in 2008, during the run-up to the Obama/Biden presidency, referencing the campaign several times. It’s a game-changing time in history, a backdrop to Colleen learning a thing or two about her parents and her brother. She has a beer for the first time, and essentially learns that no one is perfect, not even her parents. Sheedy has a great scene in which she makes a line as clichéd as “We’re all screw-ups—I guess that’s why we love each other” resonate. As with all of these stories of twentysomethings going home again, it’s the execution that matters more than the originality, or lack thereof, and I believed Timlin’s arc. Also, any movie that references “Carnival of Souls” and features a lip-sync number to Gwar has a better chance of connecting with me than most.

Like the best films of this year’s Fantasia Fest, “Little Sister” is a hard movie to put in a box. In the end, that’s what this great festival is about—not genre flicks, but movies that defy genre and expectations. Documentaries that can be thrilling, movies about serial killers that are character-driven and a film about a nun and her soldier brother that references “Night of the Living Dead.” At 20 years old, Fantasia Fest is stronger than ever. I can’t wait till next year.