Before major screenings at the Montreal-based Fantasia Festival, people meow. Yes, I mean that literally. As the lights go down, people make sounds that remind you of cats. There’s an occasional quiet dog and I even heard a sheep once. I asked a number of people about the origin of this ritual and no one knew. I heard variations on, “They’ve just been doing it forever. I’m not sure most people even know why they do it.” At first, I thought it was a bit silly, but I have to admit that I miss that silliness now that I’m back, closing out my coverage of the festival with this dispatch. It’s indicative of the atmosphere at FF, one that encourages a bit of unusual behavior. Go ahead and meow. No one’s gonna stop you.

Unusual behavior would be a polite way to describe what happens in Peter Ricq’s fun “Dead Shack,” a movie described as "'The Goonies' meets 'Night of the Living Dead.'" Sign me up. Ricq’s film is gloriously simple, never overcomplicating its concept, which is basically “teenagers vs. zombies.” Two teenagers are going with their dad and his girlfriend on a family trip to a remote cabin, and they bring along the boy teenager’s best friend, who happens to have a crush on the girl teenager. The “cool dad” and his always-annoyed girlfriend get drunk quickly, leaving the trio to explore the area, where they stumble upon a house owned by a woman credited only as “The Neighbour” (Lauren Holly). Things quickly go from interesting to terrifying when they watch her kill a couple of potential suitors and feed them to whatever she keeps in the basement.

“Dead Shack” is smarter than your average zom-com, and better cast. I’m a sucker for Camping Trips Gone Wrong films, and this one is a bit more ambitious than most as well, playing with concepts of 2017 Manliness (the “power five” is a plot point and the female teenager ends up being arguably the toughest). The film kind of misses the landing—it needed a stronger climax and a few more shocks before it wraps up—but it’s fun enough to find a genre crowd when it eventually lands in stateside theaters or on DVD. 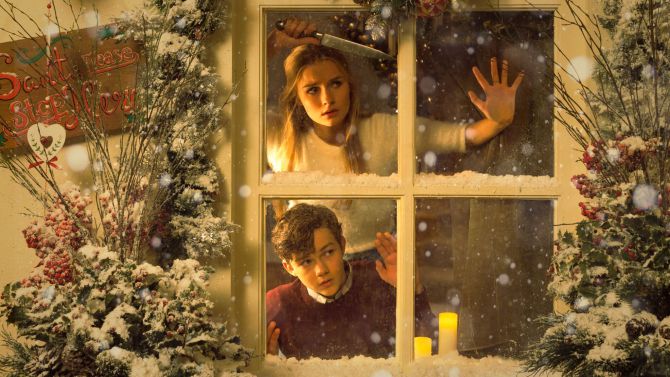 Another film I suspect will find loyal fans stateside is Chris Peckover’s “Better Watch Out,” which makes its Canadian premiere next weekend at Fantasia but already played Fantastic Fest last year. Once called “Safe Neighborhood,” Peckover’s film plays more from that title—the idea that there are millions of suburbanites who believe their middle-class neighborhoods to be perfectly safe. A cute young pre-teen named Lucas, a nice house, parents played by Virginia Madsen and Patrick Warburton—what could possibly go wrong in a place like this? “Better Watch Out” first appears to be “Adventures in Babysitting meets The Strangers” but it becomes something very different and much, much darker.

Lucas (Levi Miller) is in love with his babysitter, the lovely Ashley (Olivia DeJonge), and he’s invited his friend Garrett (Ed Oxenbould, who co-starred with DeJonge in “The Visit”) over to help him finally woo the high school girl into his heart. Not long after Luke’s parents leave, something appears to be wrong. The phone line is cut, the wifi doesn’t work, and there’s someone outside. What first looks like a traditional home invasion flick takes a sharp turn that you should try to keep as unspoiled as possible. I certainly didn’t see it coming, and props to Peckover for surprising even a cynical film critic who has reviewed two dozen genre films in the last week. The cast here is strong and Peckover knows how to pace his film, but horror-comedy this pitch-black can be really tough to pull off and he doesn’t quite find the tonal balance in the second half. I will say that it’s a movie I suspect people will like quite a bit when they get a chance to see it, I just wish I connected with it more on a visceral level than one of admiring the effort. 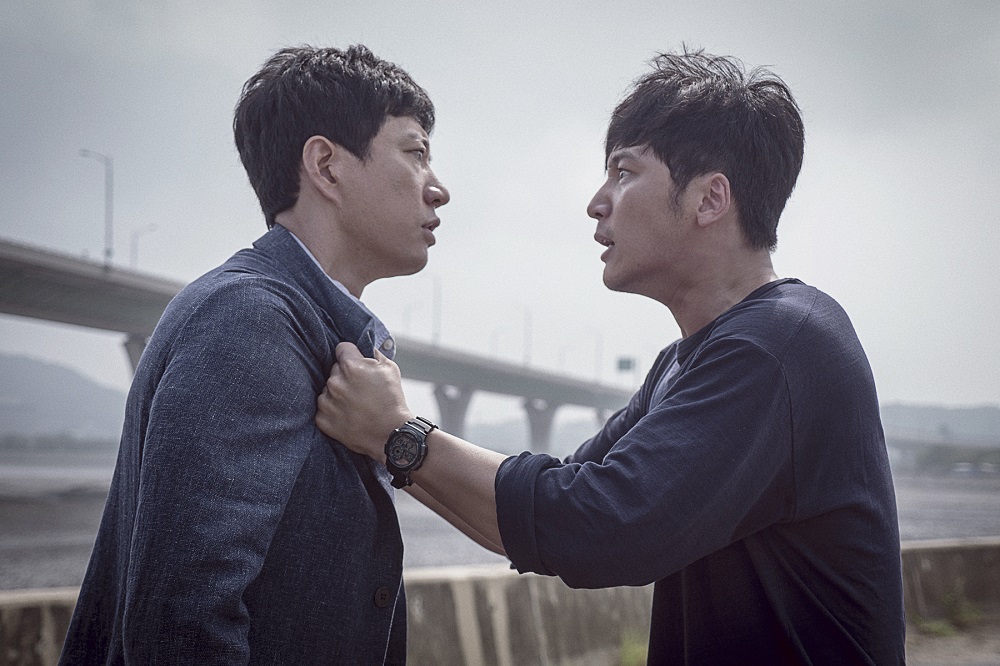 I had a similar response to Cho Sun-ho’s “A Day,” my final film for Fantasia 2017. From a country whose film industry I clearly love, South Korea, comes the latest riff on “Groundhog Day” (and who would have guessed this would have become a subgenre). World-famous surgeon Jun-young (Kim Myung-min) is returning from an important business trip, planning to see his daughter Eun-jung (Jo Eun-hyung) when he gets off the plane. On his way from the airport to meet her, he passes a car accident. He stops to help, only then realizing that the body in the crosswalk is his daughter’s. And then he wakes up on the plane again. Over and over, he tries to stop the accident from happening, and then he realizes that he’s not the only one reliving that day. So is the ambulance driver Min-chul (Byun Yo-han), who also loses someone over and over again on this fateful day. Can they work together to stop whatever is happening to them and save their loved ones?

It’s an undeniably clever idea to transport the structure of something like “Groundhog Day” to a thriller concept but “A Day” gets weighed down in melodrama as more and more of its secrets are revealed. Believe it or not, it’s too complicated, bringing in elements from the pasts and personal lives of both men, and even turning into something of a vengeance thriller. And Cho isn’t skilled enough with character to make us care about the doctor, the driver, and the rest of these people as more than cogs in his high-concept machine. It’s far from a complete disaster, but “A Day” takes a great idea places it doesn’t really need to go. Still, I love seeing these kind of ideas get a platform like Fantasia Festival. Ambition, diversity and high concepts like this one are why this event seems to matter more and more every year. I look forward to returning next year. And I’m working on my cat sounds.