Coming out of the first weekend of Fantasia 2017 in Montreal and into the meat of this epic event—it runs three full weeks—can lead to a bit of movie exhaustion. It certainly didn’t help matters that everything I saw on this Monday felt underdeveloped and insufficient to keep the adrenaline of a strong opening weekend going. There’s still so much energy around this festival and so many great films to come (trust me, I’ll be writing about some great ones that I got to see in advance later), but today was a bit of a slump. It happens at every festival. Even at one as fun as Fantasia.

The big event on Monday (outside of "The Little Hours," which I had already seen) was the World Premiere of a Quebecois production, “Radius,” starring Diego Klattenhoff of “The Blacklist” and Charlotte Sullivan of “Chicago Fire.” I was just speaking to one of our Montreal-based contributors, Olivia Collette, the night before about how this part of the country has its own robust entertainment industry, including film and television production. It was fun to see that on display Monday night as a packed house gathered for a unique genre film.

“Radius” is the kind of high-concept thriller that you might stumble upon on cable one night or have recommended to you through Netflix. The premise is clever enough, especially for someone like me raised on “The Twilight Zone” and “The Outer Limits,” that it goes a long way to keeping the piece entertaining. Klattenhoff plays a man who crawls away from a car accident, suffering from amnesia. That’s actually the least of his problems. He soon figures out that he is basically death incarnate. Anyone or any animal who comes within about 50 feet of him drops dead. And then he meets someone who doesn’t. Not only does this woman, played by Sullivan, survive his presence, but she seems to “turn off” his power. They have to stay together to keep the rest of the world alive and figure out exactly what’s going on. Oh, did I mention she has amnesia too?

The premise of “Radius” would make for a solid half-hour or even hour-long episode of television in an anthology series a la the aforementioned “Outer Limits.” It’s not quite enough for a feature film. And not only does the premise get notably less interesting as “Radius” shows its length, but the dialogue here is remarkably thin and clichéd, leaving the solid actors without enough material to keep it working. It’s a piece that relies too much on dialogue as we watch the two leads struggle with their identities and new powers, but get very little in the way of horror, action, thriller, etc. "Radius" puts so much of its weight on its premise, that there’s nothing else there to make it a full experience. As I mentioned, in the middle of the night, on cable, it gets the genre job done based on its set-up alone. But it probably won’t quite work for you either in the light of day. 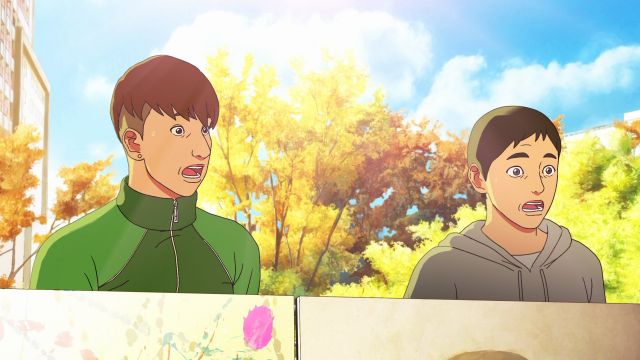 Earlier on Monday, I saw two very different coming-of-age films, paired in the same theater in such a way that made me wonder if it was coincidental. They have almost nothing in common in filmmaking terms, but they’re both about young people dealing with sexuality and the hard truths of adulthood. Sadly, neither works, although one comes much closer than the other.

The better of the two is Hong Deok-pyo’s “The Senior Class,” a Korean animated film from the writer of “Seoul Station” and “Train to Busan,” Yeon Sang-ho. Jung-woo is a relatively shy art student, obsessed with the prettiest girl in his class, Ju-hee. Jung-woo has an alpha male friend named Dong-hwa, who encourages him to screw as many girls as possible while he’s still young, but the sensitive soul is too busy making cartoons about his unrequited love. And then he discovers that Ju-hee has a secret life. He agrees to protect her secret, drawing the two of them closer together, but, of course, that can’t last when emotions like unrequited love come into play.

“The Senior Class” plays with some interesting ideas about sexuality and objectification, but it never quite comes together in a satisfying way, especially in the final act. Jung-woo makes a few decisions that feel like they’re intended to register as important, life-defining coming-of-age moments but they’re alternately not quite believable and, well, cruel. If “The Senior Class” is about a sensitive boy learning he can be a vicious man, that’s fine, but it doesn’t quite lean into that idea enough to be satisfying. It seems to want it all for its protagonist, protecting him from his own actions in a way that feels disingenuous and almost sexist. There’s enough here to chew on that it’s probably the film from this day that I’ll think back on the most, and Hong Deok-pyo’s style is certainly interesting enough to make me curious about what he does next. It’s just a film I kept wanting to like more than I did. 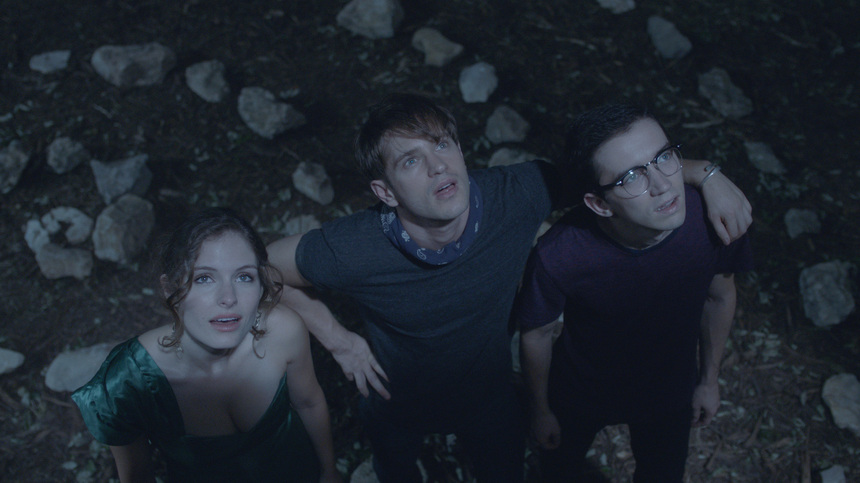 I never felt anything like that with Karen Skloss’ “The Honor Farm,” the least effective film of the festival so far for this viewer. Olivia Grace Applegate plays Lucy, a young woman about to go through a ritual that happens across the country every year: the Senior Prom. When the sex she planned to have that evening with her boyfriend ends up in limousine filled with puke, it looks like the night will be a disaster, but then Lucy runs into a group of classmates about to go on an adventure. They’re going to an abandoned prison that the kids like to party at, and Satanists might like to use for “other things,” and they’re gonna take some shrooms just to make it that much more exciting.

Most of “The Honor Farm” plays out like a shroom-enhanced dream, with Skloss toying with the concepts of rituals, whether they be Satanic, Prom, or losing your virginity. The film approaches Lynchian visuals in its most interesting moments. Sadly, those don’t come that often. Instead, we’re stuck with a bunch of boring teenagers at an abandoned prison, talking about the meaning of life and hooking up. It feels like one of those projects that likely started in a similar way—college kids sitting around, getting high, talking about dreams they had. You know how someone else’s dream is never quite as interesting to you as it was to them? “The Honor Farm” is kind of like that.