Two of the festival season’s most acclaimed films had their Windy City debuts yesterday at the Chicago International Film Festival: Pablo Larrain’s “Neruda” and Asghar Farhadi’s “The Salesman.” Both films are the product of internationally renowned auteurs, Larrain’s star rising like a comet in a year in which he’s had three critically-acclaimed films and Farhadi maintaining his status as one of the most respected filmmakers on the planet. If his latest could be considered minor, it’s only because films don’t get more major than “A Separation” and “About Elly”; and few filmmakers have ever had a 2016 like Pablo Larrain, who started early with “The Club” and will close out with his best film to date, “Jackie.”

In between “The Club” and “Jackie,” we have “Neruda,” a film that almost feels like the most definitive in terms of that which interests Pablo Larrain, at least as evidenced by his output to date. He’s long expressed an interest in the political machinations of the world, whether it’s Pinochet’s story in “No” or the Catholic Church in “The Club,” and “Neruda” mixes the historical elements of his filmography with his lyrical side, one that understands that art can be one of the most political forces in the world.

It’s almost a dare to title “Neruda” as simply as Larrain did, given how much it is not a direct biopic of its title character. Not even close. If anything, it’s more inspired by Neruda, and his impact on poetry and his country, than it is about the man himself. Pablo Neruda, the famous Chilean poet and politician, is a character in the film, but it’s a piece of work that becomes increasingly less concerned with history and more concerned with impact and art.

Like he did with “Jackie,” Larrain, working with “The Club” co-writer Guillermo Calderon, focuses on a specific chapter of an influential life. We meet Neruda (the excellent Luis Gnecco) in the late ‘40s, just before President Gabriel Gonzalez Videla (Alfredo Castro) became a supporter of the war on Communism, a party to which Neruda proudly belonged. Neruda became a fugitive, disappearing into hiding with his wife Delia del Carril (Mercedes Moran). Much of “Neruda” follows the poet as he’s forced to reconcile words with actions. He’s a leader to his people but doesn’t know how the working class lives, and Larrain interestingly captures him as someone who devours life’s pleasures, including food and sex.

Meanwhile, Larrain creates a policeman named Oscar Peluchonneau (Gael Garcia Bernal), a man tasked with finding Neruda, but who becomes more and more of a fictional character himself. It’s hard to explain but Peluchonneau looks and sounds like he emerged from a hard-boiled noir piece of fiction, complete with overheated narration and rear-projection for driving backgrounds. And the film gets way more interesting when Peluchonneau himself even realizes he’s a supporting character in this narrative. “Neruda” can be almost too self-aware at times, but it culminates in a series of scenes in the snow that are riveting in terms of what they say about art, history, politics and human nature. 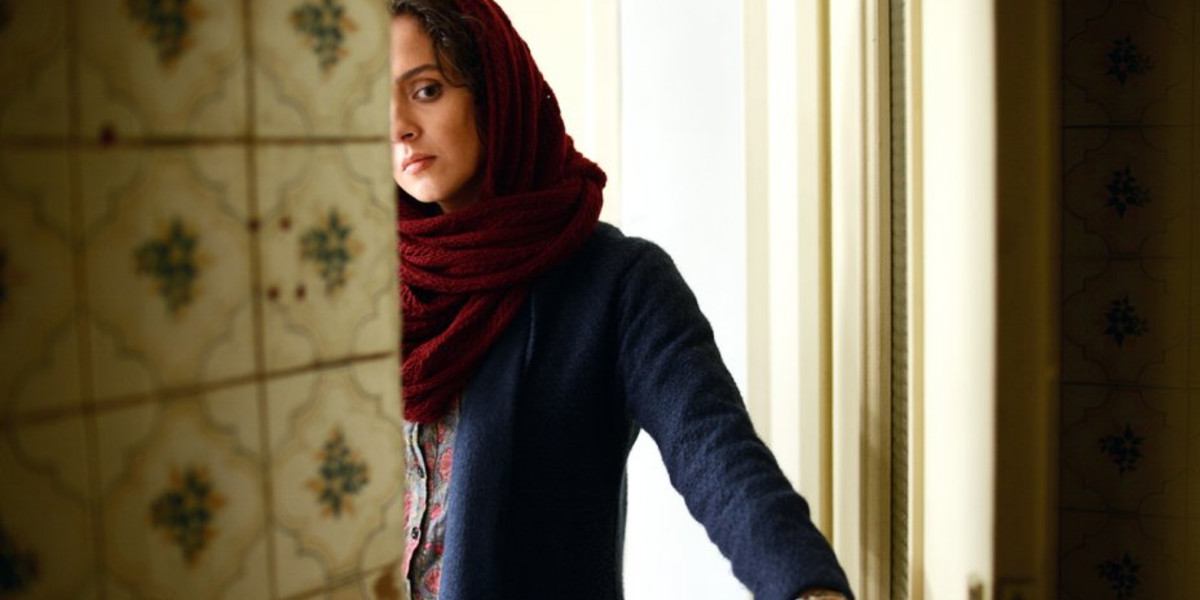 Human nature has always been the focus of Asghar Farhadi, a living master. Farhadi is a man more interested in impact than event. It’s not the disappearance in “About Elly” that matters as much as the ripple effect caused by it. The same holds true of “The Salesman,” a film with a violent incident that happens off-camera but haunts the characters in the film through its running time and beyond.

“The Salesman” opens with the world shaking. A couple named Emad (Shahab Hosseini) and Rana (Taraneh Alidoosti) are forced from their home after construction alongside it makes it structurally unsound. The sense that the world can change in an instant carries through the rest of the film, creating a remarkably tense atmosphere from minute one, as we wait for the bomb to fall.

The couple moves into a home recently-vacated by its tenant. She’s left some stuff in a locked room, which the couple would like to access, but she’s ordered the landlord not to touch. After the old tenant delays too long, the landlord breaks into the room and they put her stuff outside. Meanwhile, Emad & Rana are playing the leads in a local production of Arthur Miller’s “Death of a Salesman,” a play about masculinity and family roles—two elements that feature strongly in the narrative to follow. One night, while Emad is at the theatre, Rana answers the door when it rings, assuming that it’s her husband. She opens the door, and Farhadi holds on it creaking open in a way that would make Hitchcock proud. Emad comes home to find Rana bloodied and possibly raped. Who did it? And what will Emad do when he finds him?

Farhadi’s deliberate, dialogue-heavy drama allows for incredible work by his cast, particularly his two leads. Hosseini plays Emad as a man who is falling apart (and our Tina Hassannia offers cultural context as to the type of film Farhadi and Hosseini are emulating here in her TIFF recap) over the unanswered questions of what happened that night, what blame he should take, and what to do next. The play starts to fall apart, as does the class that Emad teaches. Hosseini’s performance here is mesmerizing, and he’s balanced nicely by Alidoosti, capturing a woman who blames herself for not using the intercom but struggles not to blame her husband more.

“The Salesman” could have been a traditional revenge thriller, but Farhadi is interested in much more than that. He’s interested, again, in male and female roles in his country, as well as how violence can forever alter the trajectory of a relationship. The final shots of “The Salesman” aren’t ones I would spoil, but this is not a film in which the injustices of the world can be avenged or corrected. We move on because we have no other choice. The show must go on, even if we will never be the same.