Pablo Larraín’s “The Club” introduces its characters in opening scenes that highlights their daily activities. Though the first is a long shot of a man playing with his dog on a beach, Larraín’s camera more often stays close to the distinctly different though equally worn faces of his subjects. It’s a motif he will carry throughout the film, and this level of intimacy is used not for character empathy, but to disturb the viewer. The members of “The Club” represent an institutional evil from which most people would recoil, yet the viewer is purposely kept too close for comfort. These are men whom we’ll discover are not sorry for their heinous crimes, and the mere insinuation of their apathy is enough to enrage. But horror ultimately gives way to irritation as the film veers into violent shock tactics and misplaced blame. What begins as a righteous indictment devolves into an unnecessary vendetta.

The first act of “The Club” is a tightly wound series of coy revelations that end in an effective, shocking act of violence. A beachside house in La Boca, Chile, is a “retreat for priests” who have been sent there for reasons easy to predict. The men are overseen by their “jailer," a nun named Sister Mónica (Antonia Zegers) whose unflappable calmness is a blatant warning sign that she’s trying too hard to seem innocuous. The defrocked priests include the dog owner, Padre Vidal (Alfredo Castro), Padre Ramirez (Alejandro Sieveking) and Padre Silva (Jaime Vadell). They seem content with their days of “prayer and a little recreation,” the latter of which includes chronic boozing and gambling on Padre Vidal’s talented greyhound in the local dog races.

Into this closed system comes another priest, Padre Lazcano (José Soza), whose arrival reveals the reasons the priests have been exiled and isolated. A local fisherman named Sandokan (Roberto Farías) arrives outside the compound to call on Padre Lazcano. Sandokan proceeds to describe, in pornographic detail, his childhood sexual abuse when he was an altar boy of Padre Lazcano. I’m not sure if Sandokan’s words are some kind of personal exorcism or a subversive attempt to torture the priests by turning them on; Sandokan speaks in this explicit sexual way to the priests for most of the film, and at one point, offers to have sex with them before offering to find them young boys to molest. Regardless, his introductory monologue seems endless. Sandokan’s speech unnerves the priests so much that one of them sends Padre Lazcano outside with a gun to “scare Sandokan away.” Father Matias steps outside and promptly blows his own brains out.

The next priest to arrive at the house is not so easily rattled. He’s Padre García (Marcelo Alonso), a Jesuit priest  and psychologist. García has been sent by the Vatican, presumably to close the house down because of Padre Lazcano's death. It is implied that his visit was planned before Padre Lazcano's arrival, so his appearance and actions carry a hint of mystery. Is he there to investigate the suicide, psychoanalyze the men, play avenging angel or further enforce the Church’s cover-ups?

García interrogates each priest, all of whom to a fault are unwilling to confess or even consider their crimes against the children in their care. His conversations give the viewer ample opportunity to hate these men, all of whom never once appear to be anything but easy symbols. One priest kidnapped poor children and gave them to rich families, for example. Even Sister Mónica has skeletons in her closet, though the film’s choice to make her the most villainous, sadistic character is one of its bigger mistakes. Eventually, corruption spreads like wildfire and everyone in close proximity runs the risk of bursting into flames.

“The Club” dilutes its potentially powerful message by introducing a confusing, dangerous correlation between homosexuality and pedophilia. It starts with homosexual Padre Vidal’s interrogation by García and reaches a rather vile nadir with a scene between Sandokan and a naked hooker who violates him anally at his request before recoiling in disgust. Sandokan is so poorly written that any sexual confusion he has manifests itself as self-hating homosexuality rather than uncertainty. The ultimate fate of the character further supports this interpretation, though I question if this was Larraín’s intention.

Larraín is excellent at creating worlds in microcosm and examining them (his “No” was one of 2012’s best films). His IMDb article says he is ”not for the weak-hearted, his films are straightforward, generally aggressive and interspersed with violence.” This is certainly true of “The Club," but as with “Tony Manero," his most well-known film, there’s a “beating a dead horse” kind of feeling to some of that aggression. We get the point long before the unnecessary details designed to drag us irrevocably to the director’s side. At least with “Tony Manero,” Larraín’s characters felt fleshed out. Had he really wanted to scare us in “The Club," he would have made at least one priest achingly human and three-dimensional despite his terrible crimes, then forced us to stare at that repentant guy as an indicator of a much more corrupt system of evil. 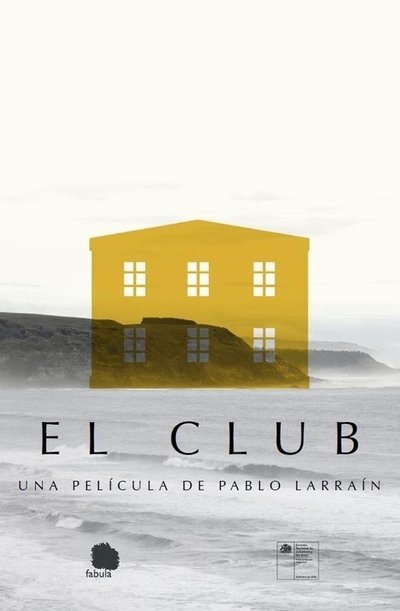