One of the most remarkable aspects about Monica Lãzurean-Gorgan’s Romanian film, “A Mere Breath,” is the fact that it hardly feels like a documentary. None of the subjects acknowledge the presence of a camera, while the formal compositions are evocative of Haneke and Bergman. I could imagine both filmmakers eagerly gravitating toward the subject matter explored here by Lãzurean-Gorgan. Though the film is an HBO production clocking in barely over an hour, it has the depth and impact of a full-length feature. Over the span of seven years, “A Mere Breath” chronicles the lives of the Sicrea family who live in Copşa Mică, which is said to have been Europe’s “most polluted town” before the closure of a factory in 2009. The high levels of lead that flowed into the air as a result of the factory may have directly caused the Sicrea’s youngest child, Denisa, to be born with spina bifida. Yet instead of giving her the medical attention she needs, the girl’s devoutly religious father, Dobrin, insists that she can be cured through the power of prayer.

With each passing year, the film becomes increasingly harrowing as Denisa’s condition worsens while Dobrin continues clinging to the conviction of his beliefs. It is to the credit of the director that this man doesn’t come off as a domineering monster. It’s clear that he loves his family and is doing what he feels is in their best interest. But regardless of his intentions, the film quietly yet effectively portrays the tyranny of his faith. Time and again we see how Dobrin utilizes his perception of God to shame or discipline his children. At one point, he tells his son that if he continues to misbehave, God will refuse to help Denisa. It’s no surprise that the boy grows up to be an embittered man who cannot wait to extricate himself from his family. Denisa has no choice but to remain confined in the house, and what’s conspicuously lacking from the film is her own voice. Apart from a close-up of her softly weeping, we are never allowed a glimpse at her thoughts as she finds herself at the mercy of her father’s catastrophically misguided actions. As the film reached its final, poignant moments, I was consumed with an overwhelming sense of helplessness. How Lãzurean-Gorgan could’ve managed to document this story without interfering is a feat of mind-boggling restraint. 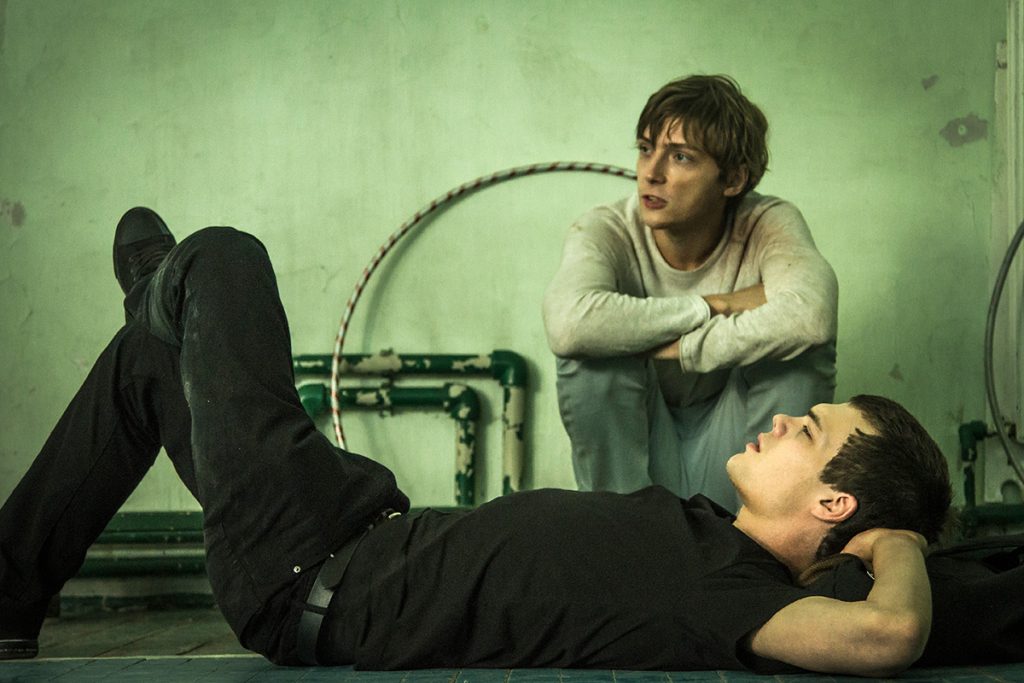 Restraint is not something you will find in Kirill Serebrennikov’s Russian nightmare of a movie, “The Student,” yet it is guaranteed to get your blood boiling. Unlike the radicalized youth in Mijke de Jong’s empathetic “Layla M.” (also screening at CIFF), the teenage evangelist in Serebrennikov’s film is not very relatable. His personality is closer in spirit to the “Funny Games” killers, as he spews his hateful interpretation of Bible excerpts, which each materialize onscreen during long, fluid takes exquisitely lensed by Vladislav Opelyants. As played by Pyotr Skvortsov, the boy projects profound discomfort when faced with the sexuality of his peers, and ends up seeking solace in scripture that damns their dismissal of repression. It’s easy to see why this sort of “fire and brimstone”-laden ideology would appeal to a moody teen who considers himself superior to all others. Illustrating how fanaticism is ultimately an embracement of death, the film warrants comparison with Dietrich Brüggeman’s masterful German drama, “Stations of the Cross,” which also had a similar sense of dark humor. Many amusing scenes in “The Student” center on the boy’s determined efforts to forge a bond with a “cripple” that he can manipulate into performing nefarious deeds, though the self-touted spiritual authoritarian can barely manage to contain his exasperation or homoerotic tendencies during their squirm-inducing interactions.

In many ways, Serebrennikov’s film serves as a perversely pleasing inverse of Harold Cronk’s loathsome piece of hate-mongering propaganda, 2014’s “God’s Not Dead,” which staged a stacked debate between a pure-hearted Christian student and his evil Atheist professor. The biggest adversary of Skvortsov’s character in “The Student” is a progressive teacher (brilliantly played by Viktoriya Isakova) whose efforts to enlighten her students are continuously being shut down by administrators who should’ve expelled the boy long before the film’s end credit role. He disrupts a lesson on evolution by donning an ape suit while wreaking havoc, and protests a safe sex demonstration by doffing his clothes, much to the delight of his peers, who are so distracted by his bare genitalia that they barely seem to hear the anti-gay tirade surging from his mouth. If anything, the joke is on the student himself, since he never comes remotely close to converting anyone spiritually. His rebellious actions merely feed into the anarchic glee of his fellow students as well as the absent-minded political correctness of the staff. Only Isakova can see him for what he truly is, and there’s a triumphant moment where she brings his verbal bile to a halt by shouting out Bible quotes that contradict his twisted beliefs. By the end of “The Student,” my face was reduced to a gape-mouthed expression not all that far removed from the frazzled figure in Edvard Munch’s iconic painting, "The Scream." Shouting at a film screen may seem rather passé, yet this film just might be maddening enough to resurrect that tradition. If religion was a force that stagnated life in “A Mere Breath,” it is an apocalyptic virus in the eyes of Serebrennikov. No soul can be saved by a sociopath.