Monday’s competition premiere of "Foxcatcher" by Bennett Miller ("Capote," "Moneyball") presents the director’s third film based on a real-life story, and his second set in the sports world. Wrestling as an Olympic sport is integral to the film, but the heart of this tragedy is in the toxic meeting of hubris and misplaced loyalty; of brotherly love and the agony of runaway sibling rivalry.

The trajectory of the plot is very much shaped by the signature characterizations that Miller has put in place. With a stiffly cocked-back head, arrogant du Pont looks down a beak-like nose and speaks with the measures phrases and pauses of a politician. "My friends call me Eagle or Golden Eagle," he tells an awed Mark at one point. A right-wing, self-styled American patriot, he surrounds himself with military and law enforcement paraphernalia, and dismisses the upper-crust, horse-oriented milieu of his appalled dowager mother (Vanessa Redgrave) as much as he dares. 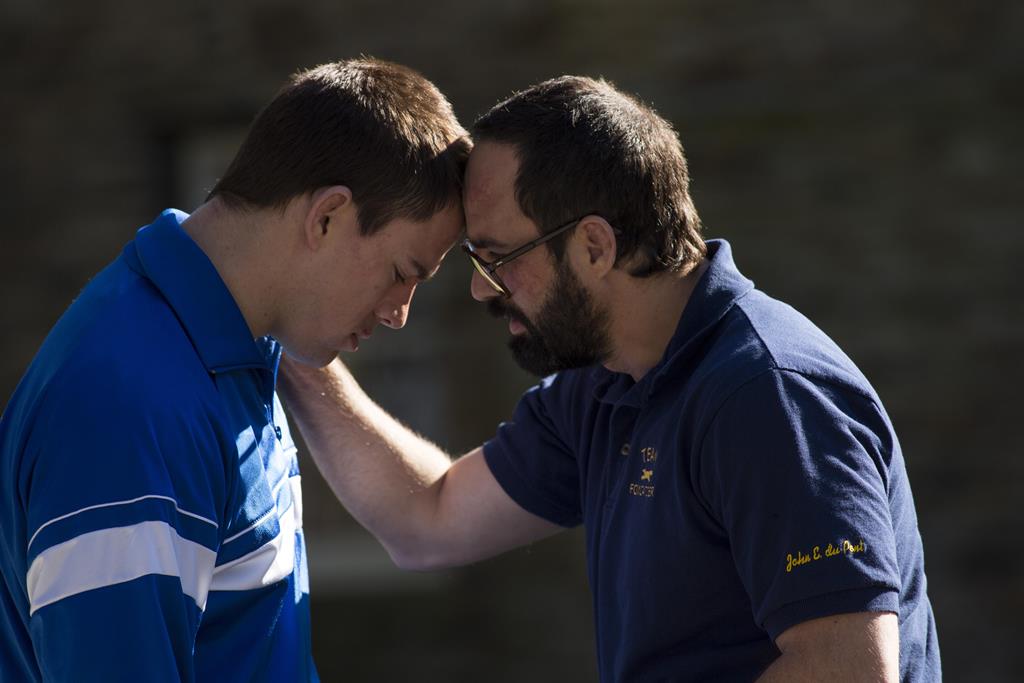 Pent-up Mark, abandoned in early childhood by divorcing parents, resents his emotional dependence on Dave, the brother who raised him, and eagerly seeks affirmation by this predatory eagle whom he soon looks to as a benevolent father figure. Mark’s inarticulateness is emphasized by his pronounced lantern jaw, and the swing of arms that hang awkwardly from bulked-up shoulders. His brother Dave has the body of a wrestler but the easy, limber walk of a man comfortable in his own skin and with the off-hours domesticity of a home life with a wife and kids.

The film’s wrestling sequences become obvious metaphors for other evolving and intersecting arenas of conflict, so much so that they have a seamless and gripping presence within the film, something I find unusual in a sports-oriented story. Restraint is key to Miller’s method, and one of the admirable things about "Foxcatcher" is the way tension and unease are built through what is implied but never quite stated.

There are many instances in which du Pont’s manic need to be idolized and obeyed has clear homoerotic implications, but I like that Miller holds back from pursuing this thread in any obvious way. When the millionaire, who fancies himself both a champion wrestler and inspirational coach, stages an evening of celebration with his team, there is a moment when he exuberantly tackles two of the men and rolls them to the floor. The wrestling moves are standard, the situation not unusual in the daily course of their interaction, and yet the vague feeling is created that something in the room has crossed a line.

Miller has a short filmography but has already established a reputation as an actors’ director. Philip Seymour Hoffman won an Oscar for "Capote" and Brad Pitt was nominated for "Moneyball." In "Foxcatcher," Miller again gives his actors room to live and breathe. The actual happenings and circumstances on which the film is based were once the stuff of shocking news stories, but he has succeeded in merging bare histories with an inner-life narrative that would feel mythic if it weren’t so deliberately grounded in the sadness of it’s characters’ own failed and doomed myths.