The international film event loosely called “Cannes” is actually many events and festivals rolled into one. The Palais theaters feature screenings of the films in the official competition and the sidebar (or a runner-up) series Un Certain Regard, as well as a selection of high-profile, out-of-competition films. A wide selection of Cannes Classics are screened in a rooftop theater.

Way down the Croisette, in a huge auditorium in the sub-basement of a Marriott hotel, the movies of yet another series, Directors Fortnight, screen. Even further down the Croisette from the Palais, the series of Critics Week films show. That’s not to mention the film market, which involves hundreds upon hundreds of international movies for sale over the course of ten days. For the journalist, the programmer, or the buyer, every screening choice here is a compromise. No matter what film you pick at any given hour, there’s the sneaking feeling that the one to see just might be showing next door or down the street.

The theme of compromise is integral to “Graduation” (or Bacalaureat”), written and directed by Cristian Mungiu, the first of today’s competition film premieres. The Romanian director won the Palme d’Or in 2007 with his second feature “4 Months, 3 Weeks and 2 Days,” and competed again in 2012 with “Beyond the Hills,” which won Best Screenplay and Best Actor. He served on the Cannes jury in 2013.

Mungiu’s films involve characters that face a moral conundrum and end up making a painful deal with the devil. In the case of “4 Months, 3 Weeks and 2 Days,” the dilemma involved the repugnant choices faced by two young women negotiating with an illegal abortionist. In “Beyond the Hills,” the devil was a more literal concept when the priest overseeing a small convent becomes convinced that a new novice is possessed.

In “Graduation,” a father’s ambition for his daughter causes him to step outside his moral and ethical framework for just one crucial decision, the fallout quickly reaching into every aspect of his life. A stone crashing through a living room window is the film’s first startling image, and Mungiu patiently builds the story of a father’s misdirected love in telling details. Confidential conversations, tit-for-tat favors, and influence trading all play a part. The cover is blown on seemingly benign professional friendships to reveal a code of silence as the real bond.

Romeo (Adrian Titieni) is a respected doctor with a reputation for honesty in his small town. He’s quietly having an affair, and he and his wife Magda (Lia Bugnar) are living separate lives within their small apartment, but they are united in pride over their high-achieving daughter Eliza (Maria-Victoria Dragus), who has been offered a scholarship to Cambridge. To her parents, Eliza’s opportunity represents the chance they never had. “We thought we’d move mountains,” comments Romeo, looking back with regret on the dashed idealism and failed ambitions of his own early life.

The day before her final graduation exam, which Eliza must pass with a specified grade in order to claim the scholarship, she is attacked and hurt within sight of her school by an unknown man. Badly traumatized, and with her arm in a cast, she takes the exam but her mediocre grade puts Cambridge plans in the balance. Unknown to the girl, her desperate father pursues a series of unorthodox and illegal strategies to help her, eventually involving a school administrator, the police chief, and the town’s venal vice-mayor. Each step appears trivial, but involves under the table favors.

Mungiu’s style is not flashy, but engrossingly careful and methodical. While this well-meaning but morally myopic father is slowly drawn into the lapse of values that will destroy him, the film’s view is that of an ever-widening moral universe in which every bad choice is connected, creating the great web in which Romeo is caught. 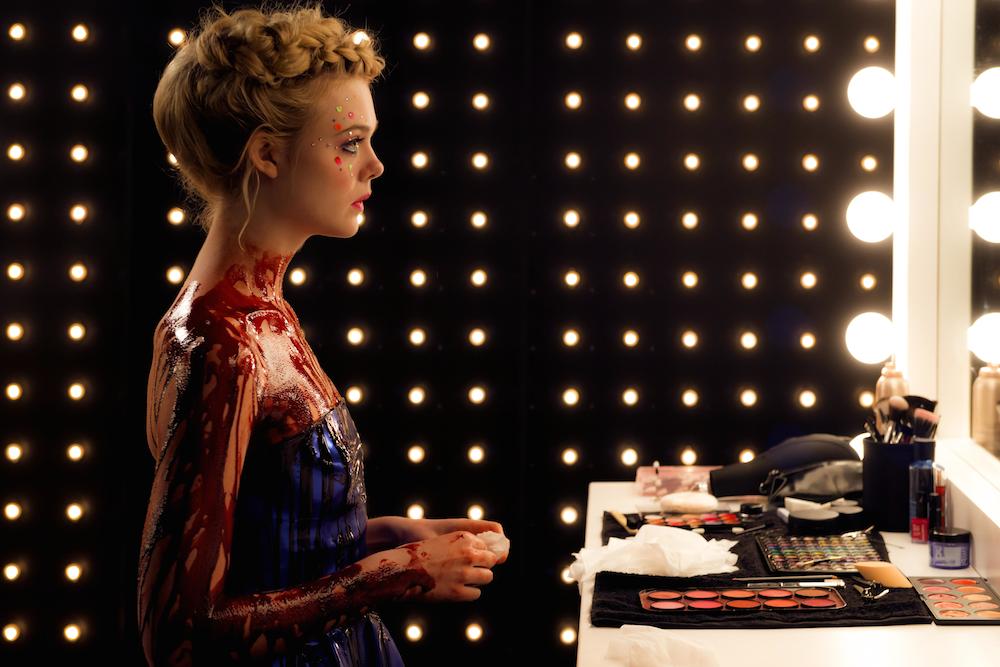 Tonight, Danish-born Nicolas Winding Refn (“Only God Forgives,” “Drive”) proved to be a blood brother in infamy with French director Olivier Assayas (“Personal Shopper”), winning this competition’s second outbreak of widespread booing with the French/USA/Danish production “The Neon Demon.” This is a high-fashion spook-house of a movie that does the laughable pretension and lurid half-baked concept of “Only God Forgives” one better (or one worse, depending on how you look at it).

In the press notes, Refn states that he sought the collaboration of two women in co-writing the script, Polly Stenham and Mary Laws, both playwrights. They brought the film “a distinct perspective,” he says. Hmm, let’s see what kind of female perspective this trio has come up with ...

The story, such as it is, stars Elle Fanning as Jesse, a naïve sixteen-year old from Georgia, who has just arrived in Los Angeles to become a fashion model. She looks like a baby-faced kewpie doll, with big blue eyes, Cupid’s bow lips, and wavy blonde hair almost to her waist. She goes on interviews in shapeless little farm-wife dresses, and by her second day in town she’s landed the choicest of plum gigs. Men have orgasmic meltdowns in her presence; other women want to kill at the sight of her, especially two rival models (Bella Heathcote, Abbey Lee), and Ruby (Jena Malone), the makeup artist who befriends her with ulterior motives.

This is not so much a drama as a series of music videos and horror-film mini-scenarios grafted onto a neo-Sixties light show, featuring the kind of bad acting and worse dialogue that characterizes Seventies soft-porn films. Neon lights, pulsing strobes, fantastical sets, and pounding music embellish a crazy mishmash of sadism and gore, with helpings of necrophilia, attempted rape, and cannibalism. Maybe even a hint of vampirism, but that’s open to interpretation. Women are both brutalized and fetishized.

A clutch of Danish journalists sat behind me at the screening. They left at the end snorting with derisive laughter and gesturing wildly to each other. I couldn’t understand the words, but I don’t think Refn would have appreciated their tone.