Perusing the reams of daily trade magazines in Cannes, looking at the colorfully garish ads for films on offer in the market or films that haven’t even been made yet, is a special form of entertainment. I could relate to the ad for a film called “Poison Berry in My Brain.” After last night’s disastrous screening of Gus Van Sant’s all-time career low, his suicide drama “The Sea of Trees,” I needed the antidote for the poison berry in MY brain. It came this morning in the form of Nanni Moretti’s brilliant, beautiful, funny, sad “Mia Madre.”

It’s my guess that I won’t be the only critic going way out on a limb to predict “Mia Madre” as a surefire prizewinner.  What’s more, I’ll venture that it could bring the prickly Italian director his second Palme d’Or (the first was “The Son’s Room” in 2002). Of course, it doesn’t matter what I think, but what the Coen brothers and their jury cohorts think.  Among the film’s arsenal of secret weapons is the fact that “Mia Madre” gives John Turturro, the Coens’ award-winning “Barton Fink” star, a grandstanding role that is one of his very best since “Barton Fink.”

Moretti is a strange breed as a director. Films including “We Have a Pope,” “The Cayman,” “April” and “Dear Diary,” have comic aspects, and yet they aren’t entirely comedies. They are funny, political, satirical and sardonic comments on life as Moretti sees it. All of his films are self-referential, and all of his characters speak for him. “Mia Madre” vibrates with the conflicting emotions surrounding the death of a loved one leading to the powerfully conveyed beauty of acceptance, but it’s frequently hilarious along the way. 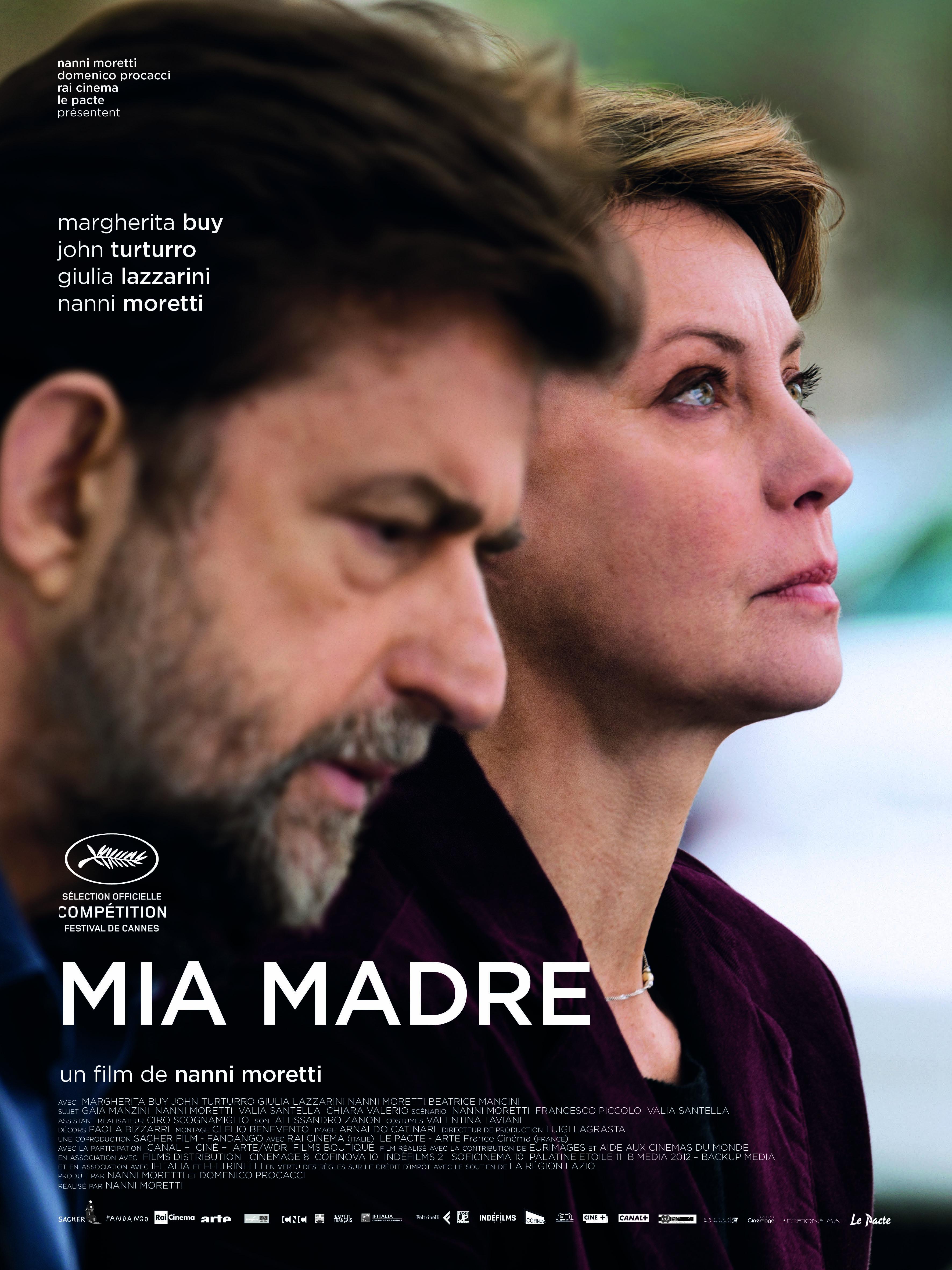 The central character of “Mia Madre” is film director Margherita (Margherita Buy). Divorced, with a teen daughter, she’s breaking up with a lover and negotiating the hospital care of her terminally ill mother Ada (Giulia Lazzarini), along with her brother Giovanni (Moretti), even as she’s starting production on a new film. In the course of all this, her obnoxious ego-ridden American star Barry Huggins (Turturro) arrives to begin work and bedevil her life in the coming days with his unrelenting incompetence.

Margherita habitually tells her actors to “stand next to the character,” so that she sees both the actor and the character in the scene. No one can figure out what she means. It’s one of the film’s running jokes, but in fact, this directive exactly describes Moretti’s method. His actors inhabit their roles to perfection, but they aren’t very far from also functioning as his puppets, speaking his lines, expounding his political views, his musings on the nature of cinema, his fears and prejudices, and his thoughts on death. “Everyone thinks I can understand and interpret reality, but I don’t know anymore,” says Margherita by way of Moretti.

All of his own performances as an actor basically playing himself indicate that Moretti is a formidably intelligent, obsessive, clamped-down kind of guy possessed of a keen sense of the absurd. As director, his combining of the comedy and drama of “Mia Madre” is akin to the turning on and off of a tap. He lets loose with a goofy scene like one in which Turturro’s character is roaring drunk and screaming the names of Fellini and Rossellini out a car window, then abruptly shuts down the comedy and goes into the quiet of impending grief. It gives the film an edginess and restraint that is an upfront reminder that Moretti is ultimately in control of all. “Never contradict the director,” says Moretti’s Giovanni to Turturro’s Barry at one point.

Turturro’s performance is a runaway train. He’s obviously having a ball with it as the preening jerk who can’t remember his lines, name drops constantly, throws tantrums and bellows Italian badly.  The film’s best comic set piece involves the filming of a scene in Margherita’s movie in which the script calls for Barry to converse with another character while driving a car. The car is mounted on a trailer hitched to the camera truck. Apparently unclear on the idea that he’s supposed to act as if he were driving, Barry can’t speak his lines, keep his eyes on the road or his hands on the wheel all at the same time. The sequence escalates in laugh-out-loud detail, with Turturro playing it to the hilt.

The mother Ada’s journey toward death is the flip side of this story. It plays out with the sort of emotional honesty that marks Moretti as one of the rare filmmakers who can translate life experience into a gripping truth-telling screen experience that is neither maudlin nor superficial. Ada’s last days of life and her death resonate through the film, even in its comedy. Ada is technically a supporting character in this comedy/drama, but as the title “Mia Madre” implies, she is ultimately the film’s light and life source.