As the 66th Cannes International Film Festival gets underway, blogger and filmmaker Scout Tafoya looks back at some especially notable years at the festival with a series of video essays.

Since its founding over a half a century ago, the Cannes Film Festival has been where the world has looked to chart the progress of the seventh art. Each year its lineup has acted as a soil sample for major trends in filmmaking. In the year 1960, major changes took place to the way movies were made and the ways audiences and critics perceived them, and it all began at Cannes.

From a technical angle, there is very little diversity. Great big cameras are mounted on dollies and tripods and all motion feels deliberate and planned. Theatrical staging is preferred, the camera staying on one axis and maintaining a respectful distance from its subjects. A few productions are still made in studios, with their matte paintings and showy production design, but there are just as many that ventured out into the natural world to give their films a feeling of authenticity. The old ways of doing things were starting to prove an insufficient means of expression. One could look at these movies and almost hear the directors wondering if there are other ways to tell stories. Could cinema be more than a roller coaster ride, filled with big, international stars? Could the audience be asked to do more than sit back and watch? 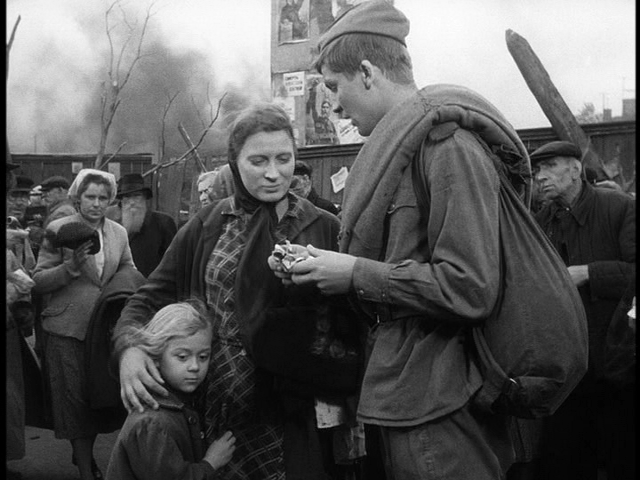 On the dramatic side, a few subjects gripped scenarists. Warfare rages in the background of many movies, the shadow of the Second World War still covered many aspects of modern life and storytelling. The question of whether the ends justified the means was on many minds, and the most satisfying way to answer it was to make the war not about hundreds of lives, but a few. Even during times of great strife, falling in love was often the most pressing matter. If true love waits on the other side of the battlefield, then won't any struggle have been worth it?

Characters fight to find a place in a world they barely understand, and this means a spouse, a family, and a future situated comfortably in the present. Tomorrow could wait.

In some works, the idea of the future is threatening. Older generations come to grips with death and dying, of passing the torch to young adults they don't yet trust. Adolescence was feared as often as exalted and youth had to prove itself worthy of the legacy it was being handed. Those older characters that refuse to age gracefully pay a price.
Advertisement

Filmmakers were about to learn this lesson the hard way. A small handful of works were going to unseat classical filmmaking. Though initially viewed with suspicion or outright contempt, they would soon prove towering artistic successes that would dwarf the rest of the competition and pave the way for a new kind of cinema.

The jury was faced with a choice that would come to have great significance for the future of the medium. They could choose to reward a traditional work and celebrate cinema's past successes in mastery of one kind of form, as they had the year before when they awarded the top honor to "Black Orpheus," an old school musical given a new sensibility. Or the jury could embrace a brand new movement toward modernism that explored the human condition in ways no one had ever dared to in the mainstream.

The jury's decision would send a message to artists all over the world: these are the values to be rewarded in works of cinematic art. This is what to aspire to.

It took years for the rules of Cinema to be established, so of course it was going to take an equally long time to throw them away. The 1960 Cannes Film Festival presented a medium at war with its own restrictions. Slowly, artists from all over the world would break rank and begin working in an unrecognizable new style.

Some took their cameras off their tripods and took to the streets, experimenting with docurealism and impromptu, less traditional shot composition. In the process, they kissed the star system goodbye and made heroes out of nonprofessionals.

Some began making their films more about mindsets and milieus than stories that follow traditional arcs.

Some let silence and action steer the film for audacious amounts of screentime. Some experimented with direct address, calling one's attention to the mechanics of filmmaking. Some told bold, taboo smashing stories bound to confront and outrage audience expectations. But one film in particular broke a few too many rules for comfort. 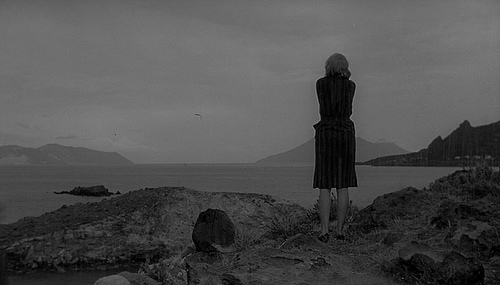 Michelangelo Antonioni's "L'Avventura" tells the story of a group of idle, moneyed Italians whose plans for a pleasant afternoon aboard a yacht are ruined when one of them goes missing. Until her disappearance, Anna, played by Lea Massari, has been presented as the film's lead character. Her absence leaves the film, and the audience, without an anchor or direction. It seems as though the search for Anna, conducted by her fiance played by Gabriele Ferzetti, and her best friend, played by Monica Vitti, will now be the focus of the film, but that too falls by the wayside in favor of examining their slow courtship. By the time the film ends, it's an open question as to what exactly it's about. And certainly critics have enjoyed examining its every secret and half-truth since it debuted, but at the time, it caused an unimaginable uproar. At its first screening the audience booed. Antonioni and Vitti fled the screening in embarrassment and it seemed to be a failure. A second screening resuscitated its reputation, a petition circulated on its behalf signed by 35 sympathetic directors, producers and critics, and it was awarded the prix du jury, or, more prosaically, second place.

But the battle was not easily won. During this shot in particular, audience members reputedly yelled 'cut'' because they thought it went on too long. Imagine if you can audiences today rioting over the length of a shot. That ought to provide a window into what made "L'Avventura" stand apart from the films the preceded it. Everything about it defied convention. 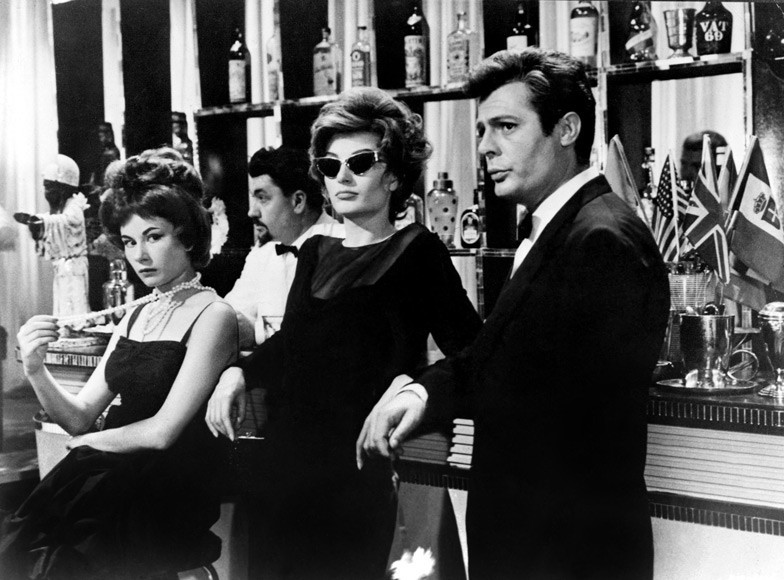 Other films, like Federico Fellini's "La Dolce Vita," which took home the festival's topprize, the Palm d'Or, reflected a modernist condition, but it was guided by a chatty, charismatic hero in a world people recognized, that of Celebrity culture. Ingmar Bergman's "The Virgin Spring," which also received a citation, was about consequences and thus even at its most austere and troubling, made perfect narrative sense. Erik Løchen's "The Chasers" attempted to investigate a crime by breaking the fourth wall as often as possible. Even as potentially alienating a device as that is, its effected is leavened somewhat by its constant attention to and recognition of the viewer.

"L'Avventura" strands the audience in a plot that changes direction at regular intervals with characters it doesn't fully know. Its apparent conceit vanishes several times and no one ever explains their feelings or motivation. Not only is Anna's disappearance not resolved, it's forgotten entirely. The camera meanwhile stares at Vitti and Ferzetti in unconventional framing, staying with them for every second of silent contemplation of their own identities and of each other. It often flows through spaces and conversations like a spectral character, obeying no conventions of movement, axis or space. Antonioni directed like few others ever had.

In the end it's tough to say whether "L'Avventura"'s enduring cultural importance is due to its winning the Jury Prize or because of the stir it caused. Looking at the complete list of winners, it becomes clear the jury was only rewarding those who broke new ground. In addition to "La Dolce Vita" winning the Palm d'Or, two Russian films, Iosef Kheifitz' "The Lady With The Little Dog" and Grigori Chukrai's "Ballad of a Soldier," were given the short lived Prix de Meilleure Participation. These movies pushed cinematic grammar into new directions to tell old stories, one about a forbidden affair and the other about soldier on leave, and make them feel new. But, as stunning and revelatory as they are, those films haven't had the lasting impact on modern theory that "L'Avventura" did.

No one could have known it, but the film's ambient scene construction and dogged refusal to explain itself represented the future of popular art cinema. Antonioni's unblinking objectivity in the face of the dissolution of narrative would predict major trends in filmmaking, but in competition with flamboyant works in recognizably popular style by the likes of Vincente Minnelli and Nicholas Ray, it must have been like looking into an empty crystal ball. When its first audience rejected it, they were reacting to a whole new way of storytelling; who could blame them for not understanding? The artform's very foundations had been shaken. Even today some are not convinced, but it seems that every month of the year, some experiment bearing its influence will hit theaters. To realize that is to come to terms with why the Cannes Film Festival's legacy is secure: This is where change starts. This is where artists wage war for progress. It all happens here.