The topics are flight and shelter. On 12 February 2016, at the 66th Berlin Film Festival, cheers erupted inside the German capital’s Friedrichstadt Palast at the surprise, eleventh-hour announcement that Tilda Swinton would introduce a screening of “The Man Who Fell to Earth,” which had been programmed in tribute to its recently deceased star, David Bowie. “We’re going to watch a great film,” Swinton said. “A masterpiece, I’d say, about a soul who leaves their home and their family in dire circumstances and goes to a pretty hostile place, looking for welcome and refuge. This is one of those pictures that couldn’t be more modern.”

Swinton’s speech, applauded at all the right intervals, came one day after another by Michael Müller, Berlin’s mayor, in which he addressed an audience from behind his opening-night lectern to promote Germany’s open door policy in confronting Europe’s so-called migrant crisis. Last year, the country extended refuge to 1.1 million people fleeing wars in Syria, Iraq and Africa. Referencing the increasingly right-wing measures adopted by neighboring nations in dealing with the crisis, Müller remarked: “Building new walls and barbed wire, shooting at refugees—these are messages that must never be transmitted from Germany ever, ever again.”

“The Man Who Fell to Earth” screened in-competition here in 1976. Bowie moved to West Berlin later that year, hoping to kick a drug addiction that had plagued him during the film’s production. Years later, he remarked: “I actually was feeling as alienated as that character was. It was a pretty natural performance … I was stoned out of my mind from beginning to end.” Bowie plays Thomas Jerome Newton, a humanoid extra-terrestrial that arrives on Earth having seen images of it on television back home, a desert planet suffering a terrible drought. Putting his superior tech knowledge to use, Thomas accumulates enormous wealth through a number of patented inventions. He aims to build a spaceship, in which he can take water to his dying family back home.

Bowie cuts a slender, beautiful figure—a bony-cheeked, thin-lipped creature with haunted eyes and haunting manner. His spaced-out eccentricity marks Thomas as ambivalent, ambiguous, alluring and dangerous. Warm on the one hand, unemotional on the other. Shy, cold, off-kilter. Vulnerable, in a word—and as the film’s 140 minutes unfold, he falls foul of corporate capitalism and governmental suspicion, of human hostility and greed. Life on earth is isolating, disaffecting, harsh. Marginalized, he seeks solace in alcohol. Has there been a white heterosexual male more exposed to "Othering’" in cinema?

Some badly dated designs notwithstanding (Thomas’s family look like ill-received, prisoner-thin prototypes of the Teletubbies), “Man Who Fell” is indeed a modern picture—at least for the time being. This is not a good thing. If Nicolas Roeg’s bizarre, sometimes exasperating fourth feature chimes with prevailing discourses, it’s a cause less for celebration than serious concern. So long as a film whose central allegory paints the human race as a tribe of devils is able to find vindication in actual events, there ought to be no time for back-patting ovations. 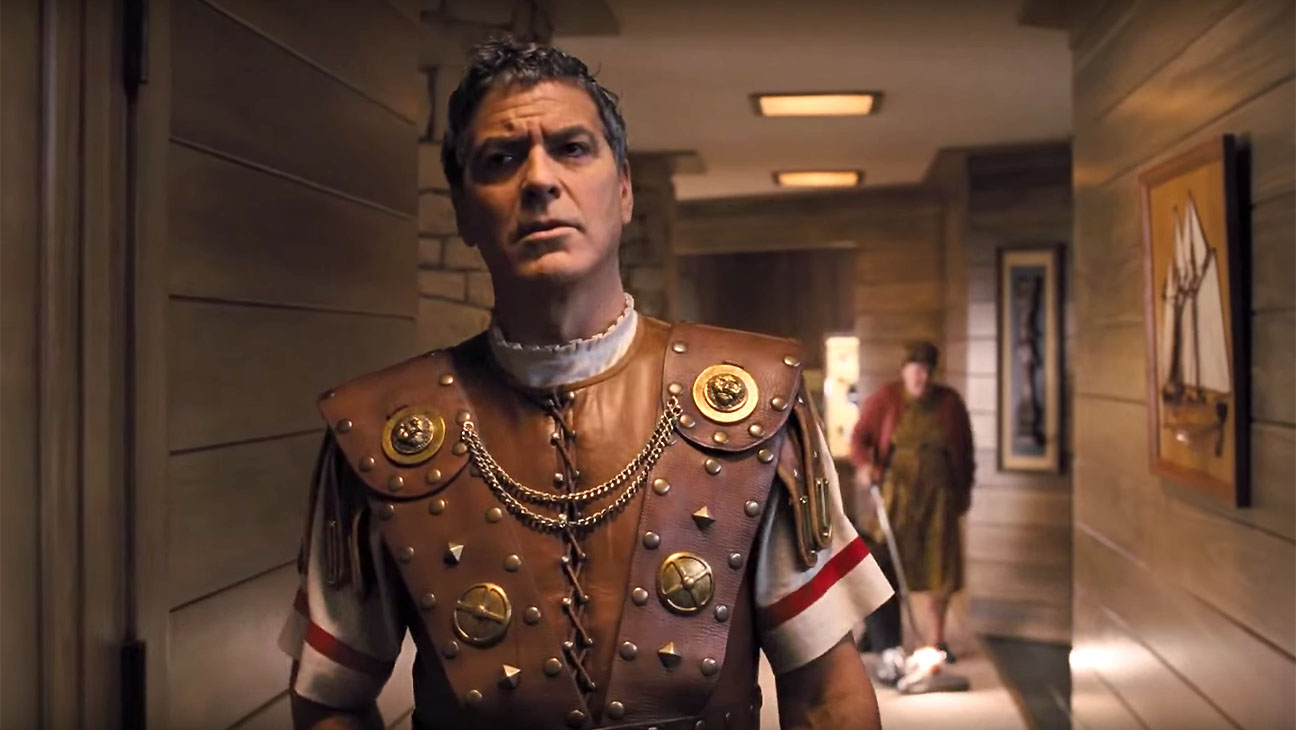 Roeg’s film screened in the same week that Angela Merkel’s proposals, for other European Union leaders to up their intake quota of refugees, were met with all manner of opposition. George Clooney, in town for festival-opener “Hail, Caesar!” met with the German Chancellor for an hour of professionally-photographed "talks" about the migrant crisis. As appearances go, the boardroom chat looked to be urgent, edge-of-settee stuff. Down-facing tumblers, unopened fizzy water, suited knees against the hard vertices of the sleek table in the center of the room. Later, Clooney met three Syrian families who’d been granted asylum in Berlin. Snaps of the encounter show him, his wife, and a Syrian mother-and-daughter all sitting abreast rather than facing one another. The proscenium might be a paparazzo’s dream, but it’s hardly conducive to a good chat.

At any rate, Hollywood’s handsomest awareness-raiser told press: “It was an honor to meet three Syrian families whose lives have been shattered by war and inspiring to learn that the people of Germany are helping them put their lives back together.” A day earlier, at the press conference for “Hail, Caesar!”, he’d bemoaned the time-consuming nature of filmmaking, the fact that movies can only ever be a post-hoc medium. “The unfortunate thing about the film community is we react to situations much more than we lead the way. Things happen, scripts are written, and it takes a couple of years before people are actually making films.”

All art is late to a scene, of course, but what Clooney’s talking about is the film industry’s institutional character, its bureaucratic procedures, its commercial criteria when stalling, think-tanking or green-lighting projects. All of this slows things down. A less amorphous, more systematic political outlook might lead a liberal like Clooney to interpret this absurdly unfair industry as somehow connected with what’s going on elsewhere.

Does he want properly budgeted, reasonably prestigious, expertly engineered dramatic renditions of last month’s headlines (or, indeed, tomorrow’s)? It isn’t a case of cinema being an amateur opportunist, a storytelling form that now looks unfashionable in light of ever-quickening streams of information. As “Hail, Caesar!” itself shows, the medium has always been at some historical remove from real-world events—fascinatingly and excitingly so. Long live it: this is art, not news.

None of this is to discourage filmmakers from responding to—and intervening upon—those sensational headlines and reactionary discourses that our mainstream media love to shape. Indeed, Clooney might have benefited from sticking around at the Berlinale this year to see a couple of the many non-fiction films shown here that deal with themes of migration and the terrible human cost of territorial conflict. It comes as no surprise to me that the more captivating and moving artistry is generally found at present in non-fiction. Speaking crudely, documentaries tend to be the work of smaller, more intimate crews than feature productions: filmmakers can move faster, respond to unfolding events with more flexibility than a cast and crew requiring assistants, trailers and green rooms. 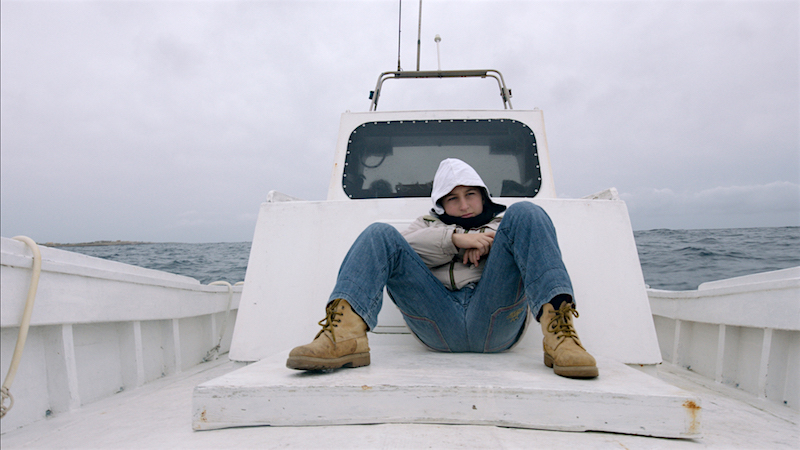 One such filmmaker is Gianfranco Rosi, whose “Sacro GRA” (2013) won the Golden Lion at Venice three years ago. As far as topical films go, Rosi’s latest, “Fire at Sea,” has so far been the standout entry in Berlin’s Official Competition. Like the earlier work—which spent time with a motley crew of oddballs living on or near Rome’s ring road—“Fire at Sea” unfolds in observational, fragmented scenes that are individually direct on the one hand and somewhat obliquely connected on the other. Its subject and setting is Lampedusa, the southernmost Italian island, located 70 miles from Tunisia’s coast and commonly the first point of contact for thousands of African, Asian and Middle-Eastern migrants seeking asylum in Europe each year.

Their journey, by boat, is extremely precarious and often fatal. Of the 400,000 migrants who have journeyed by sea to Lampedusa in the past 20 years, 15,000 are estimated to have died en route. Large chunks of Rosi’s film are shot aboard the rescue vessels whose crews are tasked with finding the hopelessly primitive boats that sink or capsize in the Mediterranean all too easily: radio dispatches, distress calls, the sound (and sight) of a helicopter swinging into action. In addition, the director shoots scenes on Lampedusa itself, following a likeably rough twelve-year old local lad who whiles away his hours shooting at plants with a homemade slingshot. Waves roar against the ziggurat cliffs of the island’s pebbly shore. Rosi, a Tisch School of Arts graduate who was born in Eritrea in 1961 (during its war of independence), and who migrated to Italy in 1977, is a fine, image-driven ethnographer.

The same goes for Wang Bing, whose latest documentary “Ta’ang” focuses on several groups of people forced to migrate, by and from Myanmar’s ongoing civil wars, across the border into China. One hundred thousand people fled Myanmar in early 2015. Wang, a documentarian known primarily for his epic, barely-edited portraits of China’s industrial landscapes (“West of the Tracks” is nine hours, “Crude Oil” is fourteen), joined some of them on their journey. His precipitous mise-en-scène is crammed with families crouched, knees up and backsides hanging, with bowls of rice held to their face; mud-squelching tracks traversed by intergenerational units (baby carriers, toddlers staring into camera); crackling, pumpkin-orange fires against the unpolluted black night.

While “Fire at Sea” is the work of a filmmaker evidently willing to spend time perfecting his chosen scenes (note its instances of shot/reverse shot constructions), “Ta’ang” at times feels like the work of an unfussy (if no less committed) artist. Subjects look directly into the camera, while rural-mountainous winds cut through the unvarnished soundtrack. Wang’s is a different kind of intimacy to Rosi’s. Both filmmakers value the camera’s ability to bear witness. China’s foremost non-fiction filmmaker obviously spent a lot of time in these places—refugee camps in Maidihe and Dayingpan, the Chaheba area along the Myanmar-China border—and wants us to spend a lot of time there too.

Those lucky enough to have all the time in the world can sit through this material long enough to find deeper value in unscripted, time-passing conversations, or in an image of someone slowly drifting into slumber by a flickering bonfire (at 148 minutes, this one’s a breeze). We might say Wang is a master at capturing such images, but it’s not clear if he knows what to do with them. Certainly, both this and Rosi’s film are the kind I would have balked at a few years back: yes, arresting images, but then what? Perhaps I’m softening—or perhaps I’m coming to terms with the fact that cinema needn’t (or maybe even shouldn’t) seek an all-encompassing, explicitly argued polemic. Sometimes, the narrow focus on the experiential creates its own context.

I have no idea if Clooney even knows who Gianfranco Rosi or Wang Bing are, but the problems that their films deal with are universal. As one of “Ta’ang”’s subjects says: “it’s not safe anywhere.” Was it ever? Indeed, while whataboutism does more harm than good, there’s something faintly and predictably Eurocentric about the timing here: why are these curatorial themes coming to prominence now? It’s as if it takes, say, one million desperate, terrified people to seek refuge on one’s own soil before the plight of global migrants becomes legitimate enough for attention. At any rate, it’s all proving to be very popular: on 16 February, the festival (whose budget this year was €23 million) revealed at its midway point that this edition has already sold 250,000 tickets. No complaints here.