Sunrise is at a few minutes after 6:00 am here, and the gulls come swooping inland with raucous cries, perhaps in search of any stray leavings from last night’s outdoor cafés. They sound urgent and hungry. The festival critics and buyers are often not so different in loudly voicing their wants and needs.

The sound of boos and derisive whistles, this year’s first, greeted the conclusion of Takashi Miike’s competition film “Shield of Straw” this morning, although many other viewers who weren’t so vocal found it highly amusing. In the course of 88 films, Miike’s work has been all over the place, from last year’s Cannes selection “For Love’s Sake,” a satirical musical, the previous year’s sluggish 3-D entry “Hara-Kiri: Death of a Samurai,” to Tarantino’s favorite “Sukiyaki Western Django,” and the fetishist-killer film “Audition.” 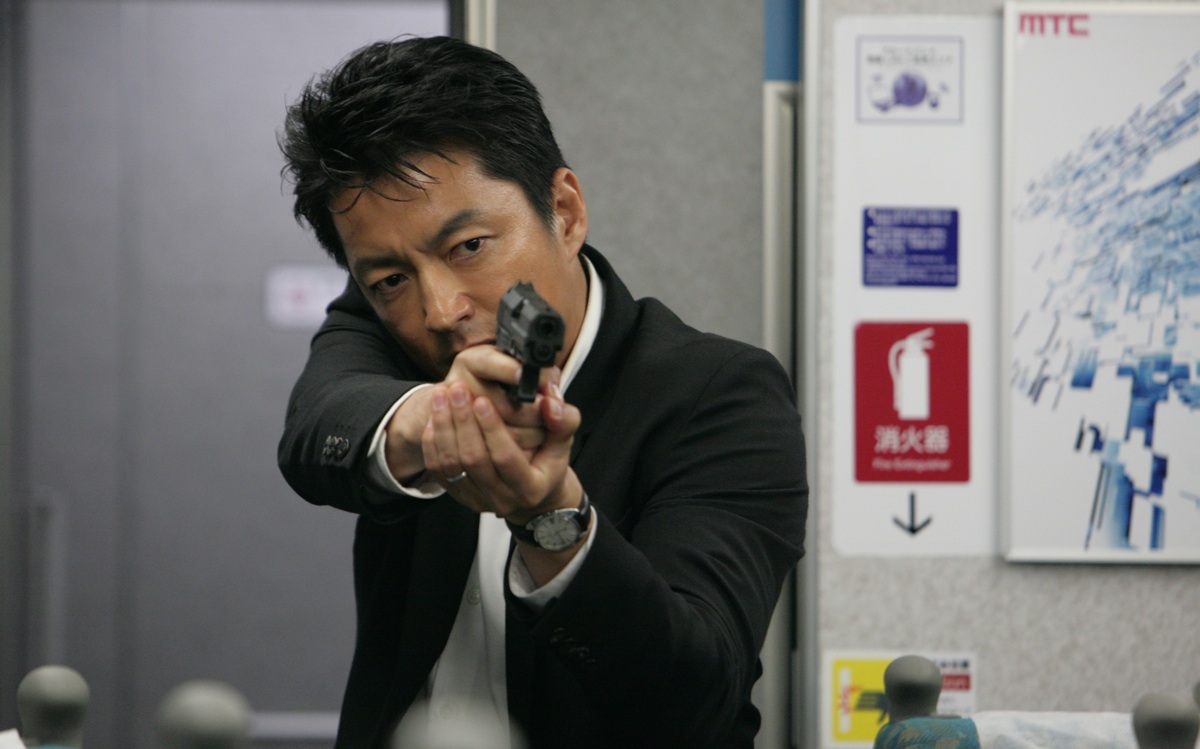 “Shield of Straw” is an action policier with a novel premise. The rapist/killer of a seven-year-old girl is in custody, and the grandfather of the victim, a reclusive billionaire, advertises throughout Japan that he will award one billion yen to the person who succeeds in killing the suspect. The catch: the killer of the murderer must subsequently be convicted of manslaughter and serve their time.

The whole country erupts in a murder-for-hire frenzy. The nasty young killer Kiyomaru is safe from no one, not even the police. Crazed cops attack him, a nurse in the hospital attempts to off him with a hypodermic full of poison, and an airline mechanic sabotages the plane on which he was to be transported. A team of four carefully chosen detectives is charged with guarding him with their lives in order to deliver him safely to the district attorney in Tokyo.

The setup is a slick ride. The protection team and a handcuffed Kiyomaru board an armored bus and set off for Tokyo, surrounded by a motorcade of 350 police cars. Suddenly, (this part’s a hoot — you have to love it) a tanker truck of nitroglycerine (!!!) comes barreling through the motorcade, pulverizing dozens of police cars and heading straight for the bus. Just in time, one of our heroes plugs the truck with a bullet, and it somersaults end over end in a gigantic fireball. Miike got a round of spontaneous applause for this maneuver.

The team boards a train with their prisoner. They inform the conductor that they need to commandeer a car for their private use, and then no one thinks to even lock the door. Of course the passengers storm the car and a shootout ensues. The tracks get blockaded just as the train is set to run express to Tokyo, and the team hijacks an SUV, which just happens to be driven by the father of Kiyomaru’s very first child victim.

Sounds like fun? It is, up to a point. The guarding cops suspect each other of leaking their location to the billionaire’s web site, but each is also tempted by the award money, seeing as the killer is depicted as unredeemable scum. There are long stretches of dialogue in which Kiyomaru is all but forgotten while they hash out their suspicions and accusations. One traitor cop turns out to have a GPS microchip surgically planted in his wrist. It’s not that these talky diversions are uninteresting, but that they mightily mess with the pacing of what started out as an action movie.

This is a last-man-standing movie, and there’s just one bedraggled cop who succeeds in delivering the worse-for-wear child-killer Kiyomaru to Tokyo. There’s still a price on the killer’s head but the handover takes place on a public street, surrounded by what appears to be the entire Tokyo police force. The music swells and time stands still as the disappointed elderly billionaire limps out of his limousine to confront the hero cop in a conversation that seemed to last about fifteen minutes. “The American remake will be much better,” stage-whispered the critic in the seat next to me.

Speaking of last men standing, director Johnnie To is one of Hong Kong’s last remaining prolific auteurs. I’ve loved his films since he started working in the late '80s, with films like “The Big Heat,” “All About Ah-Long,” and “The Heroic Trio,” and was thrilled when his 1999 film “The Mission” started to earn him mainstream notice in the West. With more recent kinetic gangster sagas including “Election,” “Sparrow,” and “Vengeance,” Western critical acclaim and festival invitations became a regular thing.

Like any Hong Kong director with more than fifty films to his credit, To has worked in many genres. His portfolio includes moving romantic cop dramas like “Loving You,” and “A Hero Never Dies,” but also crazy comedies like “A Moment of Romance III,” “Love on a Diet,” and “My Left Eye Sees Ghosts.” His comedies have often been slated for Chinese New Year release, the equivalent of opening during the Christmas season in the West.

To’s new comedy “Blind Detective,” featuring Hong Kong superstar and pop crooner Andy Lau, screening out of competition, has the feel of one of those New Year’s films. It’s about as light-hearted and goofy as they come, but also disorganized, chaotic, and lacking much of the cohesive sense of style and vision that normally characterizes a To film. Contrary to my expectations, I found it a little hard to love. 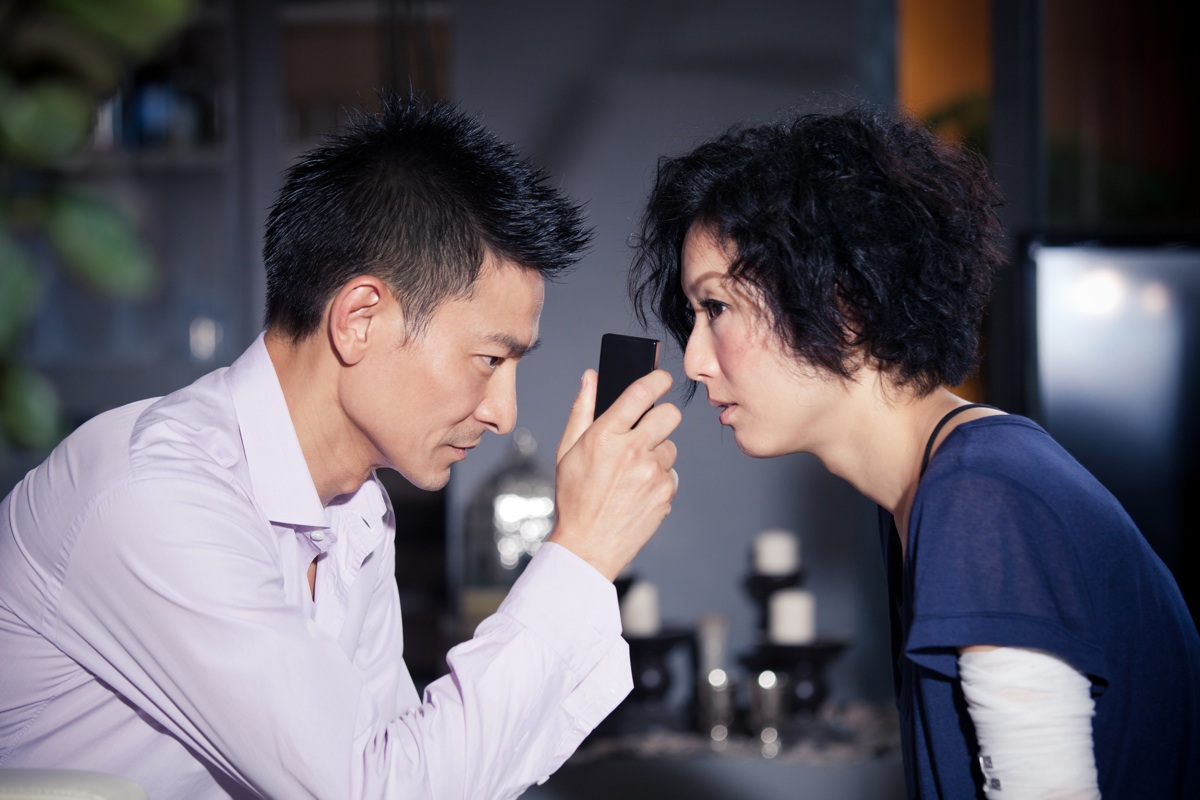 The plot is straightforward, unlike the execution. Johnston (Lau), an exceptionally perceptive detective, is retired from the force due to his disability. He earns his living collecting the reward money for solving cold cases on his own. Female detective Ho (Sammi Cheng) admires his skill and elicits his help in tracking down a girlhood friend missing for ten years. The detective agrees, but resolves to make Ho his unwitting assistant in tracking a cold case of his own.

Some trademark To sequences early on give the film a solid start. Johnston apprehends a terrorist with a lethal bottle of sulfuric acid on a rooftop as the cops burst in and Ho manages to get in the way. It’s a funny action pantomime staged to tango music, with cops falling or being kung fu–kicked into each others arms in the scramble. Reminiscent of a game of pinball, a table-top spill in a fancy restaurant sends a crystal salt-shaker careening through glasses and plates. To has a way with action choreography that has the feel of a musical, and “Blind Detective” looks to be off to a good start.

The performances are stylized, with Lau exhibiting a jerking, erratic delivery and Cheng often shrieking her lines. The pace gets frantic, with almost every scene escalating into a shouting match. There’s a scene set in a Macau casino in which the mannered delivery of the dialogue and the falsetto stage laughs began to seem like a reference to Chinese opera.

The ace detective’s method of solving cases involves what might be called a method acting approach to investigation. He restages the scenes complete with costumes, reenacts the crime, and visualizes in his mind’s eye what the perp or the victim did next. These visualizations are rendered in eerie blue-lit scenes.

The plot pretty much falls apart in the course of these multiple and not particularly well-staged reenactments, which are played for cheap laughs. Sorry to say, “Blind Detective” reeks of being hurriedly scripted. I began to wonder if I was watching a film by Wong Jing (a notorious Hong Kong hack director).

To redeems himself for a few minutes in the last act with some bits that remind me of his better comedies. In a showdown with a psycho killer and dismemberer of multiple women, the blind detective accidentally drops his gun into a water-filled oil drum. “May Wong, help me out,” he prays, referring to one of the victims. He plunges his hand in and pulls out his gun lodged in May’s skull.

Johnston and a wounded Ho declare their love for each other as he drives the getaway car, bumpily sideswiping cliffs at high speed along the way. They skid to a stop at an intersection amid a jumble of other cars, the drivers jumping out to yell, "Are you blind?”

A day that began with seagulls and boos ended with an exquisite flock of flamingoes on a Rome terrace, and applause and modest cheers. “La Grande Bellezza” (“The Great Beauty”) by Italian Paolo Sorrentino (“Il Divo”) premiered in competition tonight and proved to be a gentle and sentimental mirror image of “La Dolce Vita” for the present age. While Fellini’s film has a young man immersing himself in the decadence of Roman society and experiencing the death of the soul, Sorrentino’s film depicts a man on the brink of old age looking ahead to the death of the body but finding a resurgence of his artistic power. 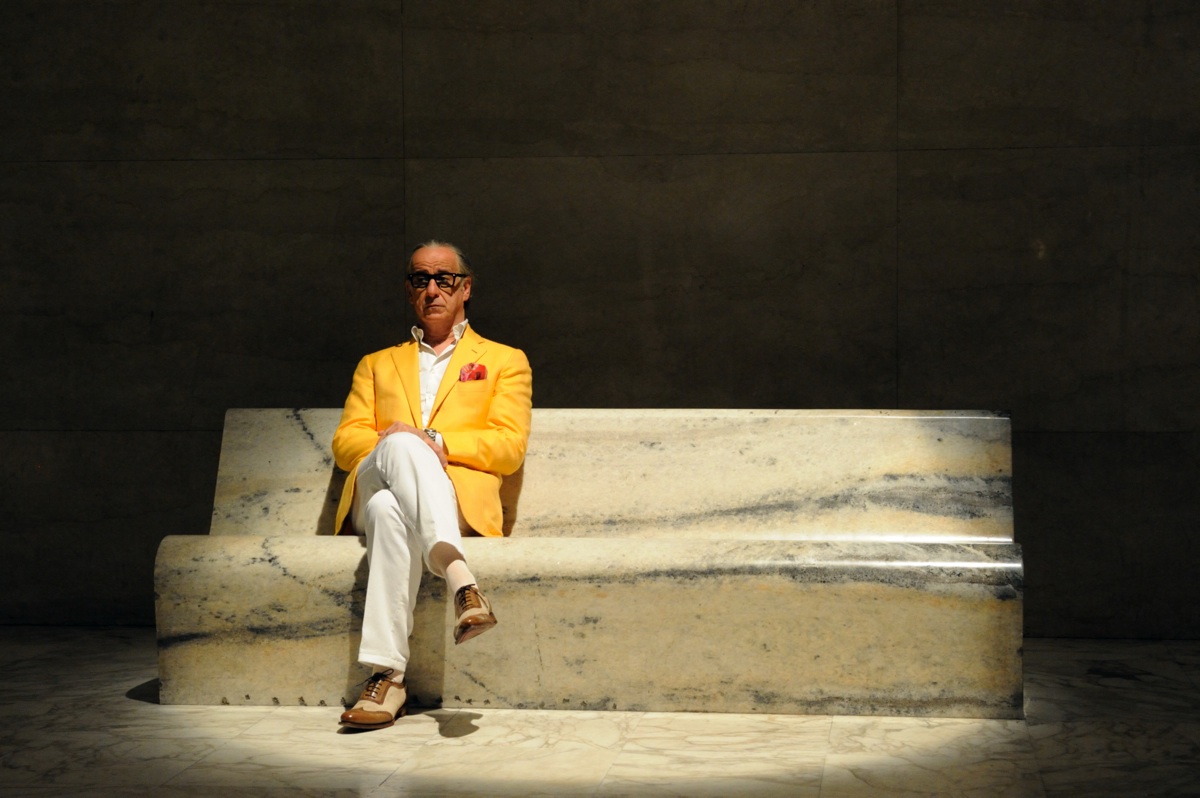 The film is a magical tour of underground Rome as bon vivant socialite Jep Gambardella, a kindly 65-year-old man of means with one successful published novel in his past, walks through the locations of his life as a kind of social drifter. Sorrentino creates visual poetry from the beauty of plazas, churches, parks, and palaces where Jep has passing encounters with friends.

Like Marcello in “La Dolce Vita,” Jep lives largely at night, attending clubs that provide avant-garde entertainment, and parties, each one more exotic and lavish than the last. The rich and beautiful, the rich and elderly, and the beautifully dressed poseurs all move to the demanding beat that drives them to bouncing, gyrating crowd madness. A screaming child flings buckets of paint at a billboard-sized canvas for the entertainment of a rapt crowd at one event. A doctor in futuristic headgear administers Botox shots to reverent supplicants in a palatial drawing room.

Jep coaxes Ramona, a reluctant fortyish exotic dancer, into an amicable platonic friendship that has an air of nostalgia for the kind of love that is no longer possible for either of them. In one of the film’s most beautiful sequences, she comes to a party with him dressed only in a bodysuit that appears like a mere web of glitter over her voluptuous flesh. A mysterious friend leads them to an art-filled villa, where she dons a marine-blue taffeta cloak with a high collar and train, and wanders the passageways like a Renaissance princess.

While Jep’s life is one of seeming superficiality and surface pleasures, he is acutely aware of the essence of life slipping away from him. The film’s evocation of his spiritual struggle involves detailing his pain over those he loved who are dead, and a mounting satire of the friends around him. Guests at a dinner party for a Mother Teresa–like celebrity known as “the saint,” fawn over a toothless crone who seems barely conscious. An elderly cardinal brushes off spiritual questions to instead recite his recipe for Ligorian-style rabbit.

Sorrentino takes all of these ingredients and forges then into something that is neither an indictment of Jep’s life nor an utter transformation, but a renewal. A new day dawns for him, and the past and the present have merged into something that can be fully lived with.