Film festivals can be a rather male domain. This shouldn’t surprise anyone who has traveled to Sundance, Cannes, or the like. Film critics are mostly male, as often are the directors, producers, and distributors that attend. These aren’t exclusive zones, but the overall maleness of film festival culture can’t be avoided, especially after quite a few days and hygiene standards begin to precipitate.

The 6th Annual Turner Classic Movies Film Festival, which took place over the weekend on Hollywood Boulevard in Los Angeles, may be first characterized by the rather notable difference in gender. The audiences are largely, by both my and others’ accounts, female. And within quite a range; one would assume a festival dedicated to showing films from Hollywood’s Golden Age would attract older generations, but there were swarms of women in their twenties, thirties, and forties as well. I overheard numerous calls to husbands and children of women telling them what a blast they were having without them. So how has TCM Fest attracted such a more gender balanced audience in a movie culture that seems otherwise dominated by an alarming male centered universe?

Turner Classic Movies has become the last mainstay of showing classical Hollywood films in American television, especially at a time when more and more households are simply cutting the cord. But in the wake of the Internet, TCM has also grown a new life thanks to a new internet community that has formed thanks to blogging, tumbling, and other social media. Just follow #TCMParty on any given night to see an array of classic film fans participating in a conversation and turning films like “Adam’s Rib” and “Rebecca” into its own space for quips and yelps of joy.

TCM Fest is the place where this Internet community finally becomes a reality (though one should note unlike other certain Internet communities, this is an exceptionally pleasant bunch to experience in real life). There were a few film critics like myself, to be sure, but most of the attendees lived their lives outside of the land of movies. They flew from places like Philadelphia, New York, London and even a few wonderful people from Sweden. They weren’t the kind of people who can make it to repertory cinemas that still play old movies daily, so TCM Fest becomes the rare chances to see their favorite films on the big screen, much less 5 or even 6 in one day.

There’s no rush to file copy as soon as a film lets out, much less even tweet about the films being shown. However, social media still plays an essential role. Countless times I saw people introduce themselves to each other, having known them by Internet personas for years. In fact, I’ve never been at a festival more where more random strangers wanted to spark up a conversation—this sort of open arm infectiousness was one of the truer delights of the community made at TCM Fest (there was nary a single complaint about long lines, no WIFI, or the heat; TCM Fest is simply made of happy individuals.) As much as people were excited for the movies, they were also just as excited to collect the various pins being given out by TCM’s “social producers.” 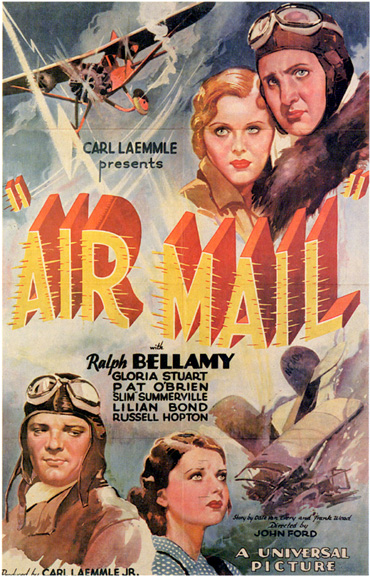 Of course, the big reason to come to TCM Fest is the movies themselves. Beyond a few rarities, TCM Fest sticks to a lot of standards. It opened with “The Sound of Music,” and played new digital restorations of “42nd Street,” “The Apartment,” and “The Philadelphia Story.” Perhaps one fault of the festival is a lack of diversity. African-American filmmakers were limited to Spike Lee’s presentation of “Malcolm X,” while the only female filmmaker represented was a 10-minute 1913 short entitled “Suspense” from Lois Weber (more on that below). There were some fantastic rarities: John Ford’s underseen “Air Mail,” the wonderful French Revolution noir “Reign of Terror,” and a new restoration of the wonderfully named Pre-Code “Don’t Bet On Women.” These films, however, fit into a very certain category, a reflection of TCM’s own programming. Despite its sudden expansion of diversity on TV screens with films from Senegal, Japan, and India last year in conjunction with its presentation of Mark Cousins’ “The Story of Film: An Odyssey,” TCM Fest played to the crowd (it should be noted that it included a tribute to female editor Anne V. Coates with screenings of “Lawrence in Arabia” and “Out of Sight”).

If TCM Fest did succeed in exploring new ground, it was in exposing audiences to silent cinema by truly showing audiences something they had likely never seen before: hand-cranked movies. In collaboration with the Academy of Motion Picture Arts and Sciences, TCM put on a show Saturday night with a 1909 Model 6 Cameragraph motion picture machine, which requires perfectly timed hand-cranking to project the old images at the same speed they were shot (which could range anywhere from 14 frames per second to 20 frames). Accompanied by a silent pianist, the shorts took a brief history at the development of narrative cinema, running through the canonical greats “A Trip to the Moon,” “The Great Train Robbery,” and “A Corner in Wheat.” The highlight, however, was two films from the French industry giant Pathé Frères: a 1907 short of a man in a pig suit dancing in women’s clothing, and a world premiere restoration of a 1905 version of the Serpentine Dance, featuring the most gorgeous hand-painted tinting I’ve ever seen from the era.

TCM continued the love of silent cinema by closing the festival with the World Premiere Restoration of “The Grim Game” from 1919, a six-reel Paramount adventure short starring none other than the magician Harry Houdini. The film, restored from a sole surviving print from a private collection, features Houdini in a role that’s part Buster Keaton and part Douglas Fairbanks. The magician plays a journalist who unknowingly becomes involved in a murder scheme plot against his own wealthy uncle, eventually pitted as the wrong man. This kind of plot thus leads Houdini into a number of ropes, chains, and other traps. What’s fascinating to watch during these tricks is that Houdini isn’t so much the magician we think of now. His style of escape is to remove the chains off by sheer force, seemingly breaking and bruising his arms in the process. The camera captures this often without cutting, and thus the illusion is preserved. “The Grim Game”’s highlight, however, is a daring aerial chase battle above Santa Monica at the climax of the film, which actually ended with the two planes crashing. The footage is stunning to see for its lack of special effects, as the stuntmen dangle in the air without ropes. It was a perfect fit for a festival that might seem to be about escaping into the movies, but was really about the magic of reality instead.