Roddy Piper was put on this Earth to chew bubblegum and kick ass and he's all out of bubblegum.

He put on those dark shades in "They Live" (1988), and saw things how they really were. The billboards read, "OBEY." The 1%-er investment bankers were really skull- faced aliens, and the rising income inequality that has been going on in this country at least since Reagan took office was all laid bare in a modestly-budgeted John Carpenter sci-fi movie starring a professional wrestler.

But "Rowdy" Roddy Piper wasn't just any pro-wrestler. He was probably the craziest man in the insane asylum. He busted beer bottles over his head and let the blood just drip down his face while issuing challenges to the Sheepherders, all in front of a live studio audience. He also wrestled a bear once in Fresno. Another wrestler slapped a handful of honey on Piper's trunks as he made his way into the ring. The bear buried his snout in Piper's rear for several painful minutes. This was called paying your dues, and Piper paid them in full with interest. 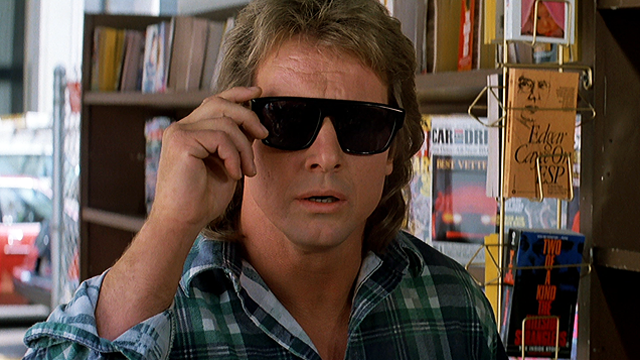 He was an undersized hellhead in a world of giants who made you believe that he was a menace to 6'8" mounds of muscle like Hulk Hogan through sheer intensity. That crazy glint in Roddy's eye that made him a top attraction during the WWF's (now WWE) 1980s WrestleMania boom period, also made him so believable as John Carpenter's alien-blasting bindlestiff in "They Live." Sure, Kurt Russell, Carpenter's muse in so many similar films in the 1980s, could have acted circles around Piper, but he wouldn't have put in a better performance.

When Piper says, "You look like your head fell in the cheese dip back in 1957," to one of those skeletal aliens, it's the same kind of line that could have incited a riot in the wrestling ring, as Piper recalls doing in Los Angeles and Puerto Rico in his autobiography, "In the Pit With Piper" (Berkley Trade, 2002). Piper knew the power of insults in a way that no mere actor ever could.

Born Roderick George Toombs in Saskatoon, Saskatchewan on April 17, 1954, Piper had his first wrestling match by the time he was 15. He wrestled Larry "The Axe" Hennig in Winnipeg. Hennig beat Piper in ten seconds.

"That match certainly didn't help my confidence," he once recalled to me.

In 1975, when Piper was just 18, he made his way to Los Angeles, where he became the protégé of "Judo" Gene LeBell, an ass-kicking renaissance man who mastered overlapping careers in martial arts, pro-wrestling and movie stunt work that would've permanently crippled lesser men. LeBell taught Piper the chokeholds and arm bars that he needed to survive in the wrestling ring, where the fights may have been fake, but the pain never was. 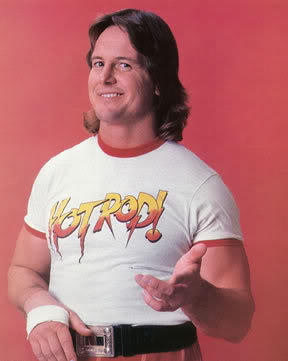 In 1978, LeBell brought Piper into another one of his spheres, helping Roddy land his first movie role in Carl Reiner's "The One and Only," a heavily fictionalized Gorgeous George biopic starring Henry Winkler during his Fonz heyday. For Piper's part, Winkler smashed a German helmet repeatedly over his skull during a sports montage. Pain was always going to be part of Piper's art.

While "They Live" is the film that Piper will be best remembered for, and the only film many people think he was ever in, he ground his way through enjoyable low-budget junk-food like "Hell Comes to Frog Town" (1988), "Body Slam" (1986) and "Street Team Massacre" (2007). He also amassed guest starring roles in such television shows as "Walker Texas Ranger," "Highlander," "Robocop," and a recurring role in " It's Always Sunny in Philadelphia" as, appropriately, Da' Maniac. Like so many stars of straight-to-streaming grindhouse fare, Piper leaves four films in post-production, ensuring that he'll have new releases hitting the Redbox for months to come.

The one time I had anything resembling a conversation with Piper was when I was the ghostwriter for LeBell's autobiography. Piper dictated the foreword to Gene LeBell's autobiography to me over the phone. As he wrapped up his piece on his mentor and sensei, I told him that I was flying out for a two-week wrestling tour of Europe the next day.

Then he asked how much I was making on the tour. It's not a rude question in wrestling circles. When I told him, he said, "$100 for wrestling? That's not bad for wrestling."

That moment of empathy from such a tough man made today's news of Piper's passing much harder to take than other celebrity deaths. By the end of Piper's active pro-wrestling career, he was a throwback who struggled to maintain a sense of honor in an industry that increasingly had little use for such things. He was a true mensch in a business (hell, a world) full of thieves. He honored handshake agreements, and was loyal to those who had his back and gave him his start.

Sometime last night, Piper posted a tweet that ended with, "YOU PICKED THE WRONG GUY TO BULLY!" Then he went to bed, and never woke up.

Looking at it now, "YOU PICKED THE WRONG GUY TO BULLY" with the caps lock going full throttle is as fitting an epitaph for "Rowdy" Roddy Piper as any. He will not only be missed, but I know so many people who miss him already.

Plus I got my best guy @EarlSkakel backing me up! "It's the time of the Rebel" YOU PICKED THE WRONG GUY TO BULLY! https://t.co/BuIoIHFfpl