Witness to a Legend: The Career of Gena Rowlands

Gena Rowlands is having a moment. The 84-year-old, Oscar-nominated actress, who holds a unique spot in the film business due to the searingly honest and unforgettable films she made with her husband John Cassavetes ("Faces," "Minnie and Moskowitz," "A Woman Under the Influence," "Gloria," "Opening Night," and "Love Streams"), is being presented with the Los Angeles Film Critics Association's Career Achievement Award at its awards ceremony on January 10, 2015. John Cassavetes received the same award in 1986, making Rowlands and Cassavetes the first husband-and-wife team to be thus honored in the Association's 40-year history.

This past summer, the Criterion Collection released (finally) "Love Streams" (1984) Cassavetes' final film. "Love Streams" had long been unavailable in video or on DVD. If you wanted to see it, you had to wait for a festival to run it, or keep an eye out for it on YouTube. "Love Streams" is a masterpiece, starring John Cassavetes, Gena Rowlands, and Diahnne Abbott, with Cassavetes regular Seymour Cassel in a small role. The release was a major moment: even many Cassavetes fans had never had a chance to see "Love Streams." [I wrote and narrated a video-essay about the work of Gena Rowlands that is included in the special features of Criterion's release.] 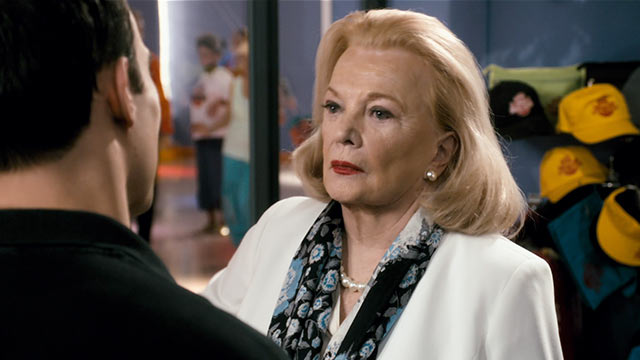 Additionally, Rowlands has a new movie coming out, where she is not a bit part, or a cameo, but the lead. "Six Dance Lessons in Six Weeks," directed by Emmy-nominated Arthur Allan Seidelman, and starring Gena Rowlands and Cheyenne Jackson, opens in theaters on December 12. Based on the hugely successful play by Richard Alfieri, which starred Uta Hagen and David Hyde Pierce in its original production in 2001 (also directed by Seidelman), it has gone on to be translated into many languages with productions occurring worldwide. It's a two-person play about a cantankerous old lady living in Florida who hires a young gay man to come to her penthouse apartment and give her private lessons. They butt heads instantly, they end up bonding, they dance together, they grow and learn. "Six Dance Lessons in Six Weeks", the film, has some problems, mainly in the adaptation to screen. It still feels like a play, and much of the script is a bit clunky and forced. What ends up happening, though, despite its flaws, is that the film becomes a tribute to Rowlands' uncanny gifts of expression and honesty, her unblinking courage, her complete lack of interest in anything that is dishonest or forced. Her sheer presence is enough. There is one monologue and a couple of closeups that have enough power to shatter the fourth wall for good. Frankly, for those of us who never get enough of her, it's a beautiful chance to just see her more.

In 1982, Tennessee Williams, in an interview with writer and critic James Grissom, had a lot to say about Gena Rowlands.  He started with:

We have to be witnesses to each other—all of us—but particularly among artists. I know that people understand and respect the concept of loyalty among friends and lovers; peers and comrades. I believe in loyalty toward those who have given so much to our lives without the benefit of social or sexual intercourse—artists who have endowed us with their souls.

We must be loyal to them. Show them respect. Spread the word. Be a witness.

I'll give you a list, and the first name is that of Gena Rowlands.

Gena Rowlands inspires that kind of loyalty in her friends, colleagues, and fan base. It is important to be a witness to those legends who still walk among us, still do good work, and stand as a living testament to what is possible.

A couple of weeks ago, I attended a SAG Foundation screening of "Six Dance Lessons in Six Weeks" at the New School on 12th Street. Afterwards, there was a Q & A onstage with Gena Rowlands and Arthur Allan Seidelman, moderated by Broadway World's Richard Ridge. Rowlands and Seidelman had worked together before, in 1988's "Grace & Glorie" for television, and they both expressed happiness at working together again. The interview was expansive and enthusiastic, covering not only the filming of "Six Dance Lessons in Six Weeks" (which was shot, ironically, for a film that takes place in Florida, in Hungary, with the brilliant Vilmos Zsigmond as cinematographer) but also Gena Rowlands' entire career. 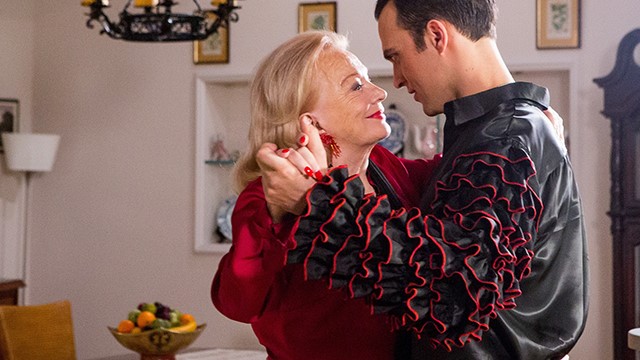 When asked what drew her to the role of Lily in "Six Dance Lessons," Rowlands said she was first impressed that there was so much comedy in it, and she is so rarely asked to do comedic roles. She also said, in regards to the role itself, "I was impressed with a person who would not let something as terrible as losing her husband, or illness, ruin her life. I like that about her." Rowlands went on to say, "I love complicated characters. Everyone is complicated! It is a great pleasure to figure it out, and work with it. It's a mystery. It's always a mystery."

Seidelman had this to say, about working with Rowlands:

Gena is a true artist. It's not possible for Gena Rowlands to have a dishonest moment onscreen or onstage. Her sense of truth is so total, so complete, that she infuses every moment of the character's life with truth and honesty and with an openness that is incredible to witness. It is a rare experience to be able to direct someone whose honesty is unparalleled. That's Gena Rowlands. She is the most gifted magical artist I have ever worked with.

Rowlands spoke about being a sickly child who didn't go to school regularly until around the 6th grade. Her mother read to her from very early on, and books launched Rowlands into a world of the imagination. She has said that acting was the only thing she ever wanted to do, and she credited all that book-reading as when it all started.

An audience member asked her when she knew she had "found" a character, and Rowlands shared a terrific anecdote:

John [Cassavetes] gave me one of the best pieces of advice that I have ever had. We were doing "A Woman Under the Influence", and it had a very tricky beginning, and I couldn't quite figure it. I said to John, "I don't quite understand what my character is doing," and he said, "Gena. Stop right there. I wrote the film. I wrote it with you in mind. You read it, and you accepted the role. Now do it." 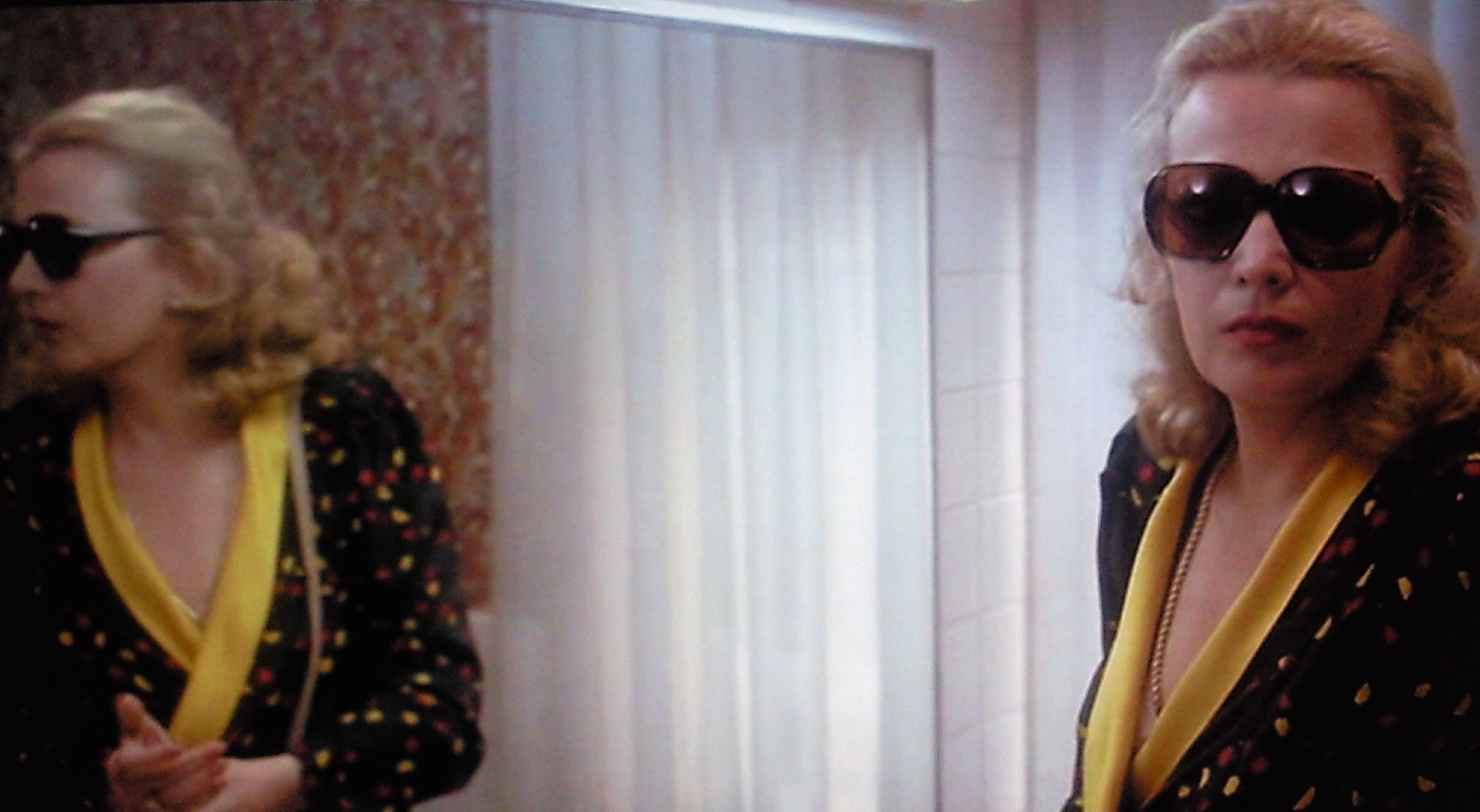 There was a conversation about "Opening Night," and Rowlands joked with affection about the great Joan Blondell's first couple of days on the film. Coming, as Blondell did, from a long career in the studio system, she was baffled as to Cassavetes' process and didn't know when the scenes were starting, when the camera was on. Blondell caught on quickly, though, and enjoyed the experience. Rowlands reminisced that Peter Falk had a similar reaction to working with Cassavetes for the first time: "Peter would say to John, 'I have no idea what you're talking about.' John would say, 'You don't have to understand. Just do it.' But Peter had done so much television, he was a big star, people identified with him. It doesn't take a long time to break those old habits. I loved working with Peter."

In speaking about her experience with Cassavetes, Rowlands joked that she had always assumed she would be mainly a stage actress. She had thought she and John would be "the Lunts or something," but Cassavetes' love of making his own movies was a "sweeping movement in our family," and Rowlands fell in love with film too. Rowlands said, "We had an advantage in that both of us had a career acting so that we could work for somebody else and then take that money and put it into our own movies. There was always enthusiasm about it, from everybody, just like there is now. There weren't all the festivals back then either, although we had Cannes and Venice. The festivals are very important for independents. I have great hope for the future."

Speaking of the future, Rowlands spoke a lot about her three children, Nick Cassavetes, Xan Cassavetes, and Zoe Cassavetes, all filmmakers and writers themselves. Rowlands has been directed by her own children a couple of times now, and it makes her happy to see them happy and certain in what they want to do. Rowlands said, "I love it because it's a very congenial thing for a family to all be in the same business." 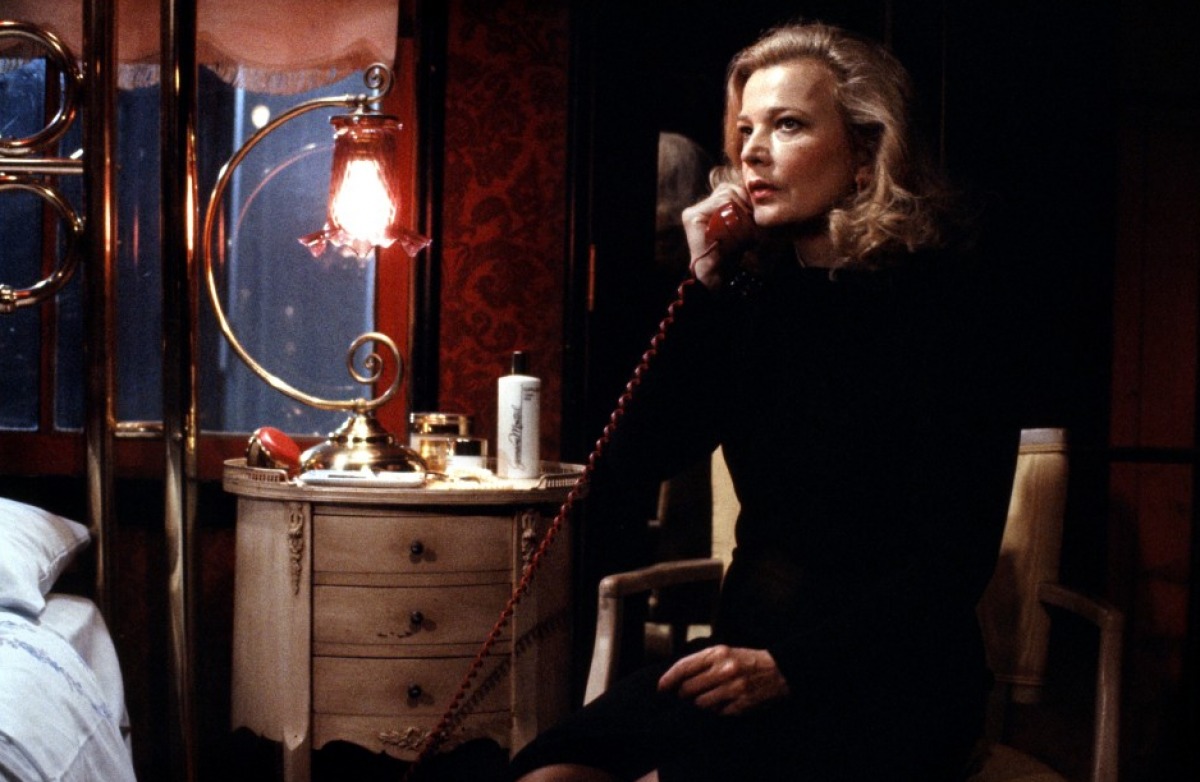 An audience member asked her to elaborate on the collaborative process she shared with her husband. Rowlands thought a bit, and said, "It wasn't something that we discussed, or sat down and talked about, or intellectualized. It was just the way we both liked to work. He gave me enormous freedom and he expected you to do your work. I know a lot of people seemed to think we talked about the script, or the writing a lot. But he didn't like to discuss his scripts with other people, and that included me. I was perfectly happy with that. It worked. It just worked."

In an audience made up of mostly actors, many of the questions were acting-based. When speaking about any advice she would give to young actors, Rowlands said, "For an actor and an actress, the best advice is: Relax. Just relax. And just do it. Like John said to me: 'Just do it.' You can see everything on film so well. You can tell when a person is pressing too hard or trying to do something - when all you have to do is know your character, be comfortable with it, and then relax."

Seidelman interjected at one point, with a ringing monologue that serves as the theme of the entire evening, of the entire life of Gena Rowlands: "There's something that really needs to be said here about John and Gena. Not only were they brilliant creators but they, together, created American independent film. If John and Gena had not gone out into the wilderness from the studio-controlled environment and built a room for independent artists, we would not be sitting here today. John made it possible for independent directors to create and to get distribution for their films. Each and every one of us owe him and Gena a tremendous debt of gratitude."

Back in 1982, Tennessee Williams, who openly mourned the fact that Rowlands never played Blanche in his "Streetcar Named Desire" (he felt that whatever she did in the role would have rendered us all "useless"), summed up his feelings thus:

Well, she's ours, all ours. There will come a time when we will not believe that we had access to what she can do. She arrives with talent, not a message, so she is overlooked in a way that is enraging. There is longevity in her talent and her beauty. There will be surprises. I would like to be the author of at least one. Failing that, I would like, at the very least, a good seat at the unveiling of this surprise—and the patience of one good friend who will sit with me while I watch it, over and over again.