“There are no devices in the film that are overtly expository let alone ideological or manipulative in tone (i.e. voiceover narration, titles indicating location/time/identification, non-diegetic music cues, and no on-screen host/s), nor is there any handheld, freewheeling camerawork that intends to capture extemporaneous moments a la the Cinema Verite documentary mode that had become a mainstay by the late 70’s. Most of the film is composed of testimonial interviews that are almost entirely shot in the same manner. Framed in a planimetric compositions, subjects address a uniformly-distanced and stationary camera that’s equipped with a fixed focal length lens while in real settings that are somehow indicative of their lifestyles. Likewise, if the camera does move, it only pans while mounted to a tripod in wide-shots that establish and survey relevant locations. It’s as if you’re observing people and things in a lab only somehow the whole world has become the laboratory. Yet Morris’s acute point-of-view is conveyed more by how he edits the film. Segments of the testimonials are presented and arranged in a way that tells the stories of the two pet cemeteries as if they were academic or legal or financial case studies, all the while including ‘obligatory’ yet paradoxically crucial moments that convey these peoples’ specific personalities that are inextricable to their own life situations that they’re discussing. By virtue of its structure, ‘GoH’ communicates multiple, often contradictory things with a straightforward, scrupulous confidence, signifying a high degree of intelligence on the Morris’s part. It also makes the film more multivalent than if it were only really about pet cemeteries.” 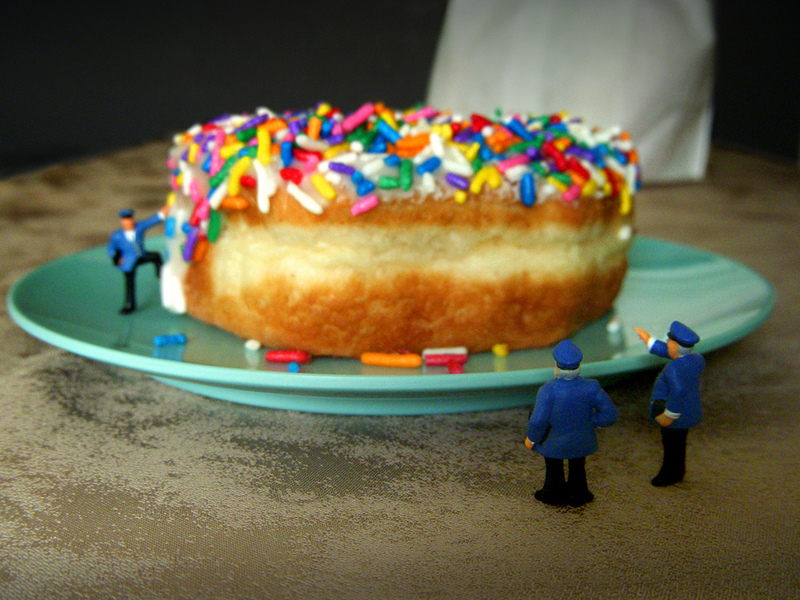 “Every cliché was born (or fried) for a reason. A cowboy needs a horse, a fireman needs a dalmatian, and a doctor needs a stethoscope. But why does a cop need a doughnut? The common-sense response traces this tradition to the middle of the 20th century, when police departments started switching from foot-based beats to driving ones. Officers working a graveyard shift needed someplace to park the cruiser, fuel up on caffeine and sugar, and maybe fill out some paperwork or make an emergency call. Because doughnut shops had to stay open late to prepare for the morning rush, they fit the bill nicely, explains Michael Krondl in his book The Donut. (As fate would have it, around this same time, two pipin’ fresh chains started sugaring up the night—though they had each started a decade or so earlier, by the late 1950s Krispy Kreme and Dunkin’ Donuts had each sprinkled their half of the country with cop-friendly franchises). Meanwhile, having officers around made the shop workers feel safe—as early as 1950, one small-time inn owner threatened a larger, litigious hotel chain by boasting, ‘our High Sheriff and our local troop of state police… help themselves to coffee and doughnuts in my kitchen when the spirit so moves them, which seems about every day.’ This foreshadowed a rash of law-enforcement ‘specials’—enough that a 1964 issue of Police warned its readers, ‘Do not accept gifts—donuts and coffee. This gives the impression of partiality.’ In some small towns, doughnut shops even have desks set aside for policemen who need to work through their breaks.” 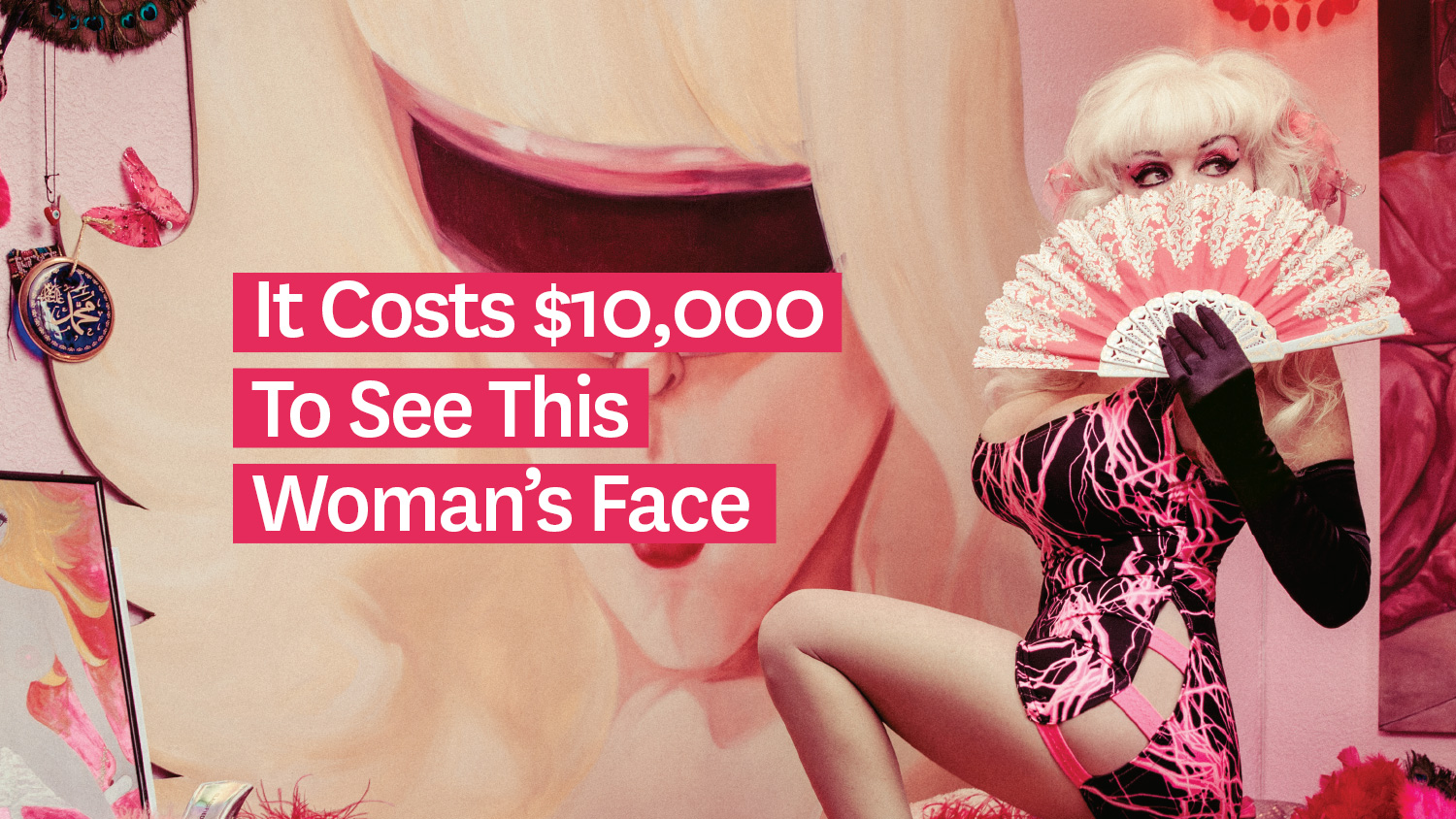 “Her appeal extends to realms you might not expect. (Pee-wee Herman sends Christmas cards; Richard Simmons has bought merchandise.) David Fincher's longtime girlfriend and producing partner Cean Chaffin, for instance, hired Angelyne to make an appearance at the director's birthday party in Malibu. (Fans also will remember when Angelyne was a candidate in the 2003 California gubernatorial recall, making campaign promises to reduce class sizes, end homelessness and paint the Capitol pink; she finished 28th out of 135 candidates.) And the more time you spend with her, the more her fundamentally dark allure comes through — this is a woman who explains she identifies with Barbie not merely for the obvious physical reasons but because she ‘has no emotions, and I'd like to be emotionless. Emotions are pain.’ She may have perfected self-promotion, but Angelyne doesn't like talking about herself. ‘I’m not a publicity whore,’ she insists, pressing an espadrille wedge on the gas pedal on the way to visit her dentist in Century City. (The doctor once pitched a script about an anthrax attack to producers Susan Downey and Joel Silver — he wanted patient Djimon Hounsou to star — and observes that Angelyne invariably arrives on time, unlike directors, who are ‘always late.’) To wit, her contact information remains relatively hard to find and even basic details about her life have long been a riddle.” 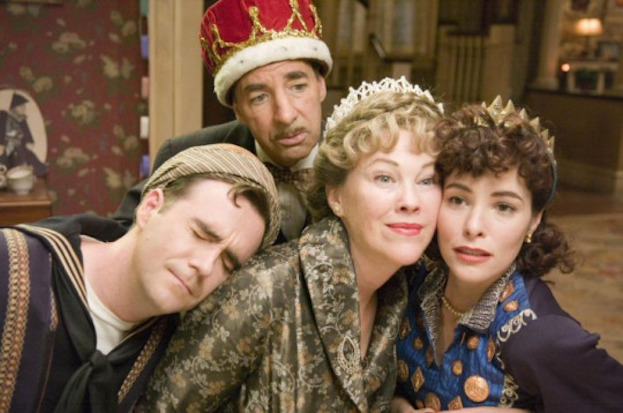 “The film’s datedness makes itself known even more apparently through the characters’ relationship with technology. Watch any work of entertainment centered around the biz of show and a high-powered agent character is bound to turn up, and when that happens, he or she will be invariably glued to his or her earpiece and cell phone. The ability to remain up-to-date on the slightest shift in the winds of buzz is an absolute must for anybody working in Tinseltown in the year 2015. The 2006 of ‘For Your Consideration,’ however, marks a vital crossroads in the Hollywood status quo. It takes place in a year where the computer was moving from a geeky novelty to a necessary tool for everyday workflow, and many of the (decidedly middle-aged) characters run the risk of getting left behind. Higgins’ clueless publicist fumbles with a simple mouse-keyboard setup like a chimp with a soldering gun, fascinated with that which he can’t possibly understand and slightly fearful that he may hurt himself. The word ‘web site’ sticks in the characters’ mouths with an alien sort of discomfort, a foreign concept they’ve got to chew on and get comfortable with. They’re leagues removed from the 24-hour plugged-in melee of networking and updating we’ve now accepted as everyday reality. The really jarring part, though, is that the distance between 2006 and 2015 is far greater than that separating 1996 from 2005, or 1986 from 1995. With the digital breakthrough of the computer era, technology has begun to mutate and advance at an exponential rate, far more rapidly than before. As tech-types sophisticate gadgets further and further, the pace at which those gadgets can spawn new, even more sophisticated gadgets quickens. The little bits of everyday life that go taken for granted then follow. It’s not quite that showbiz has changed, or even that technology has changed — change has changed. His mad dash is our snail’s pace.” 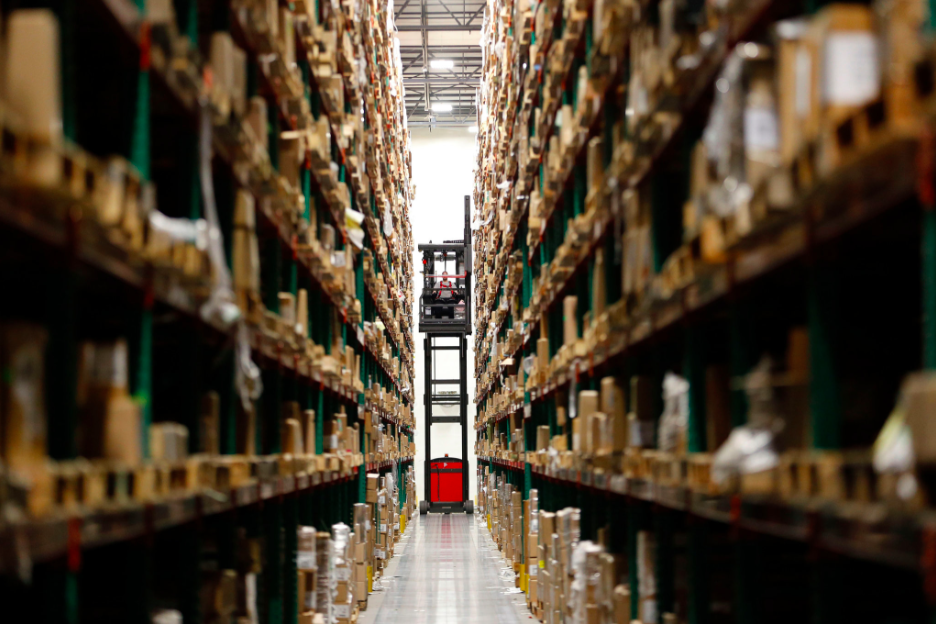 "The Plot Twist: E-Book Sales Slip, and Print Is Far From Dead": An encouraging report for book lovers from Alexandra Alter at The New York Times.

“E-books’ declining popularity may signal that publishing, while not immune to technological upheaval, will weather the tidal wave of digital technology better than other forms of media, like music and television. E-book subscription services, modeled on companies like Netflix and Pandora, have struggled to convert book lovers into digital binge readers, and some have shut down. Sales of dedicated e-reading devices have plunged as consumers migrated to tablets and smartphones. And according to some surveys, young readers who are digital natives still prefer reading on paper. The surprising resilience of print has provided a lift to many booksellers. Independent bookstores, which were battered by the recession and competition from Amazon, are showing strong signs of resurgence. The American Booksellers Association counted 1,712 member stores in 2,227 locations in 2015, up from 1,410 in 1,660 locations five years ago. ‘The fact that the digital side of the business has leveled off has worked to our advantage,’ said Oren Teicher, chief executive of the American Booksellers Association. ‘It’s resulted in a far healthier independent bookstore market today than we have had in a long time.’ Publishers, seeking to capitalize on the shift, are pouring money into their print infrastructures and distribution. Hachette added 218,000 square feet to its Indiana warehouse late last year, and Simon & Schuster is expanding its New Jersey distribution facility by 200,000 square feet.”

At Audiences Everywhere, David Shreve reflects on David Fincher's 1995 thriller "Se7en," and how it depicted "the violence of a cinematic hellscape."