"Eleanore Pienta, Molly Plunk and Drew Tobia on 'See You Next Tuesday'": Indie Outlook chats with writer/director Tobia and his two wonderful stars about their must-see indie, now playing through Thursday at Chicago's Facets Cinémathèque.

“How did you want Mona to come off in the film? [Tobia]: ‘She’s going around and around and she’s not making any progress. But it was important to us that she never felt like a victim. There are these poverty porn movies that come out and everybody goes, ‘These people are so sad.’ I don’t think any of my characters are like that. Clearly they have a lot of emotional trauma but none of them wander around moping about how awful they feel about it. My characters don’t think about the desperation of their situation. They’re just like, ‘Well, here I am.’ I like people who take action in their own hands even if it’s not positive or if it’s just to get reactions out of people. Audiences can certainly pathologize my characters as much as they want, but they’re not presented in a way that’s begging people to do that. Mona still wants to have a connection with people, it’s just hard.’” 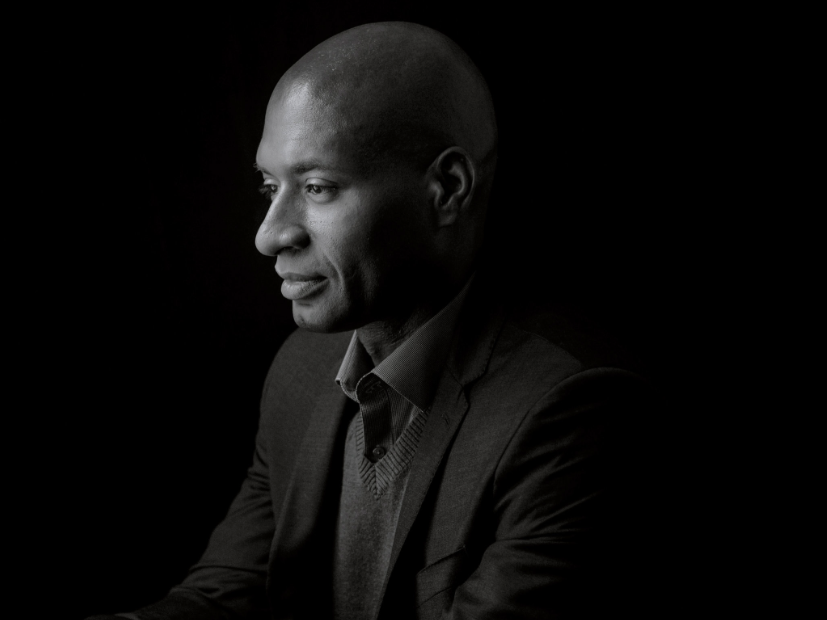 "Up From Pain": An amazing essay from Charles M. Blow republished in The New York Times and adapted from his memoir, "Fire Shut Up in My Bones."

“I was away at college doing much of nothing, just pushing back against sorrow as it pressed down. My mother called. She told me someone wanted to speak to me. There was a silence on the line, and then words: ‘What’s going on, boy?’ It was an older cousin, whom I’ll call Chester. He was at my mother’s house, our house. It had been years since I had heard that voice. ‘What’s going on, boy?’ as if nothing had ever happened, as if everything was buried and forgotten. But betrayal doesn’t work that way. Even when it’s buried, it doesn’t stay buried. It’s still alive down there, scratching its way back to the surface. I don’t recall saying anything or even hanging up. I flung myself down the stairs of the apartment, wearing only pajama pants and a T-shirt. I burst out of the door and bolted to the car. I was engulfed in an irrepressible rage. Everything in me was churning and pumping and boiling. All reason and restraint were lost to it. I was about to do something I wouldn’t be able to undo. Bullets and blood and death. I gave myself over to the idea.” 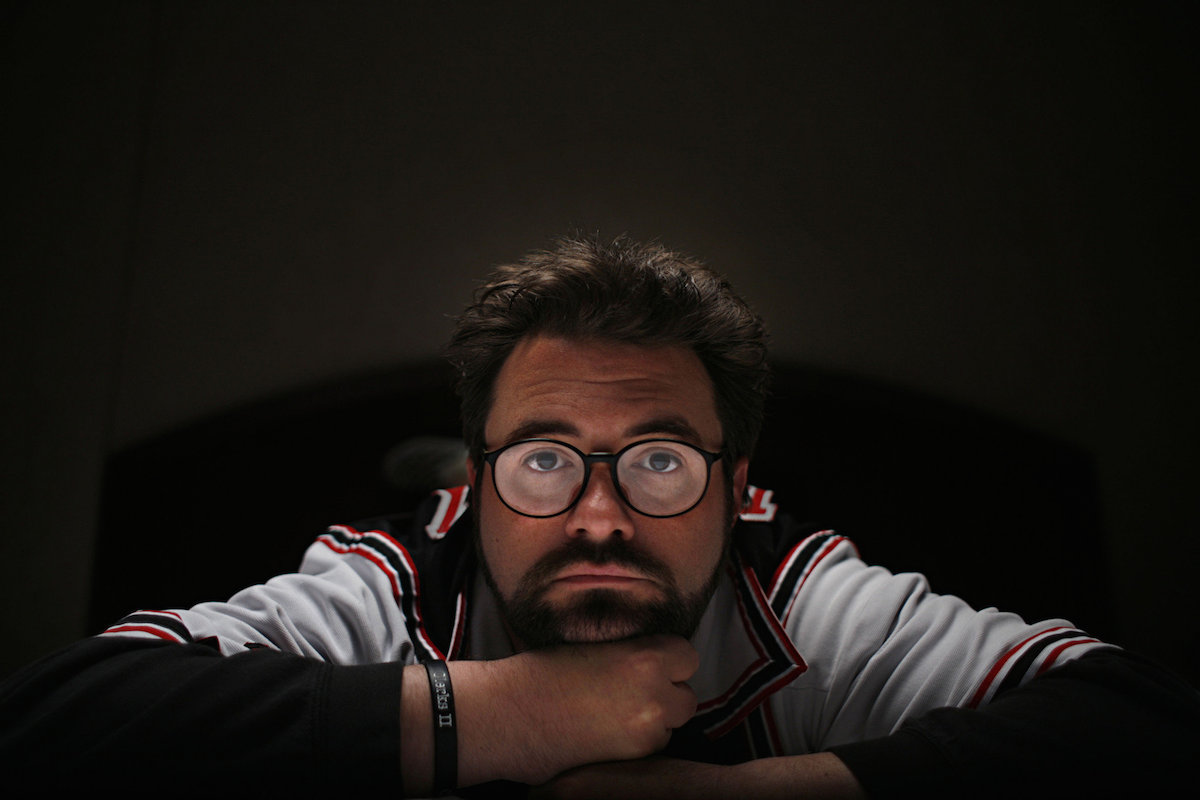 "We Need To Talk About Kevin (Smith)": Boston film critics Sean Burns and Jake Mulligan have an in-depth discussion on the films and career of Kevin Smith at Movie Mezzanine.

“It’s tough to talk about Kevin Smith films without getting personal, in part because he seems to take these kind of things so personally himself, but mostly I think because for my particular generation he was ‘our guy.’ I was nineteen years old when ‘Clerks’ came out and it’s still impossible to overstate the joy of identification I felt while sitting in New York City’s stuffiest art-house cinema (the dreaded Angelika) and seeing characters just like my old friends and I up there on the big screen. The suburban ennui, the academic discussions of ‘Star Wars’ and pornography, the non-stop masturbation jokes—these were ‘my people,’ and ‘Clerks’ felt like the closest thing I’d ever seen to my own life in a movie. (Hell, not only did I work in a video store, I worked in a video store where Kevin Smith bought LaserDiscs.) Mind you, this was two decades ago, before Twenty-somethings Who Can’t Get Their S—t Together became a genre unto itself. ‘Clerks’ felt fresh, and the rude energy was thrilling. Popular culture has coarsened so much during the intervening decades, it’s easy to forget that in those more Puritanical times the film was initially slapped with an NC-17 just for language alone.”

“The acting in this film both confounds and annoys. And yet it’s almost entertaining — kind of like a bad ‘American Idol’ audition. Liam Neeson seems perpetually confused as Dr. Marrow. Depending on the scene, it goes one of two ways. Is he that crazy, animated Uncle who gets a little too drunk by the punch bowl at every family reunion? Or the mumbling, indignant guy who scratches his head when served the wrong plate of food at The Red Lobster? Either way, it’s a shame. I’ve seen him act — but here? Sigh. Moving on…  Lili Taylor is more than this film deserves. She tries desperately to make the best of her role as Eleanor. Unfortunately, her whispered earnestness comes off like the flaxseed loving lady who passes out those free Chakra cleansing coupons at the Whole Foods. Owen Wilson, meanwhile, stretches himself and plays Luke as a man who looks and sounds a lot like Owen Wilson. Really, the resemblance is uncanny. He’s supposed to be an insomniac. He accomplishes this feat by squinting and wandering his way across the set like an underpaid extra in search of the catering table and its inexhaustible supply of Doritos. And then there’s Catherine Zeta-Jones. She plays the insanely complex role of Theo. Theo is – ready for this? – a bisexual. No, seriously, that’s it. There is literally nothing else to her. For the record, I don’t mind characters “outing” themselves in a movie. After all, this is the cusp of the 21st century we’re talking about. But Claire Bloom’s Theo had dreams, desires, and motivations. You know: character. What’s Zeta-Jones’ motivation? Not a clue. Something to do with Prada boots and fab-fab-fabulous outfits, I take it? Only guessing.” 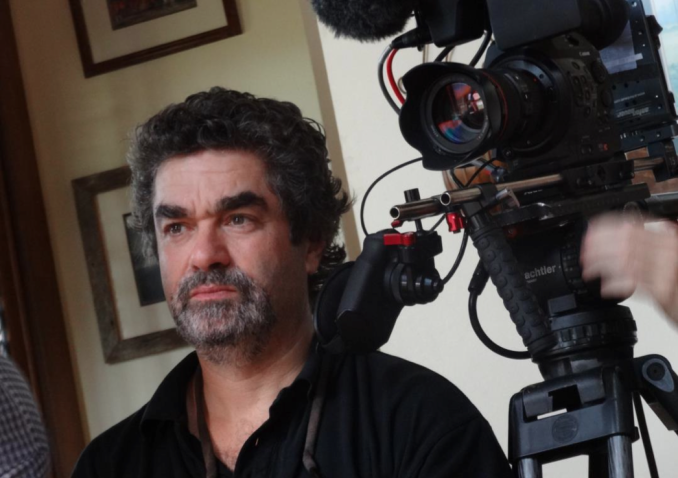 "Joe Berlinger on Michael Moore and The Changing Market for Documentaries": An invaluable piece from the documentarian posted on IndieWire in response to Moore's 13 rules for documentary filmmaking.

“While there are exceptions to every rule, generally speaking, the big event action movie with special efx is the special exception that people are going out to the theater for. As a result, a lot of narrative drama is migrating to television series (a new golden age of TV drama) and the vast majority of documentary funding comes from television or digital platforms like Netflix. Even Michael's work follows this pattern of decline -- the phenomenal $119 million gross in 2004 for ‘Fahrenheit 9/11’ was followed by ‘Sicko’ in 2007 at $24 million and ‘Capitalism: A Love Story’ ‘only’ grossed $14 million in 2009, far, far less than ‘Fahrenheit 9/11’ just 5 years before. Box Office Mojo estimates that the ‘Capitalism: A Love Story’ gross translated into 1.9 million tickets -- still an extremely impressive number for a documentary (sorry, I have to use that word), but not that impressive when compared to a good rating on HBO for a popular documentary, so why define success by theatrical ticket sales?” 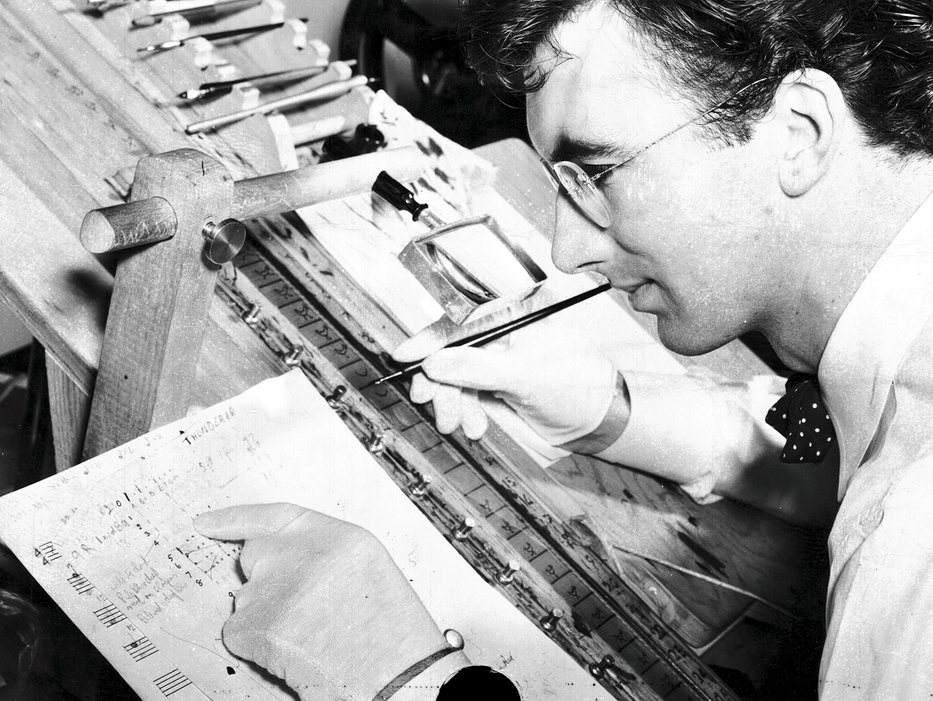 "How to write a film on a piano: Norman McLaren's visual music": Crystal Chan of BFI explores how McLaren "physically carved soundtracks onto celluloid."