"The Best Movies of 2014 (So Far): 'Boyhood,' 'The Grand Budapest Hotel' and More": The Daily Beast staff highlights 11 unmissable titles this year including Steve James' acclaimed documentary, "Life Itself," which Marlow Stern praises below.

“Hands-down the film to beat for the Best Documentary Oscar. What a perfect marriage of director and subject: Steve James, the master documentarian with a gift for exposing the humanity in his subjects, whether it’s the would-be basketball stars of ‘Hoop Dreams’ or the gang-busters in ‘The Interrupters,’ and Roger Ebert, the late, great film critic who imbued his writing with tremendous humanity. James’ adaptation of Ebert’s memoir of the same name traces his rise from the only child of a bookkeeper and an electrician in Urbana, Illinois, to his struggles with booze and women, to becoming the most celebrated film critic ever. But it’s his heroism in the face of the cancer that stole his jaw, voice, and ability to eat—but never his creativity or inspiration—that makes this story unforgettable. Two very enthusiastic thumbs up.” 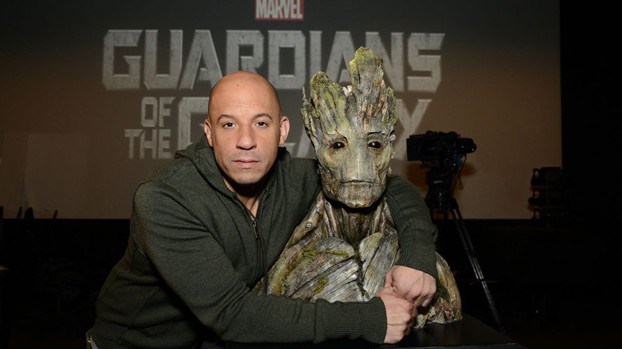 "Summer Box Office: How Screwed Is Hollywood? (Pretty Screwed)": John Lopez of Grantland speculates on the implications of this summer's dismal box office.

“If you look at actual ticket admissions, you’ll find an interesting trend: ‘Guardians of the Galaxy’ has rung up (by far) the fewest actual sales in America of any no. 1 movie since the numbers were first publicly recorded in 1995: 33.6 million. It’s still adding to that number, of course, but you have to go back to 2000’s ‘How the Grinch Stole Christmas’ (47 million) to find a movie even in that grim ballpark. Compare that with ‘The Avengers’ (78 million), and you start to understand how paltry this summer has been. After reaching a peak in 2003-2004, ticket admissions have been trending downward for a decade now. It’s a truth that box office analysts like to gloss over by looking at gross dollar figures, but if movies had to worry about viewership ratings, those record-breaking years wouldn’t look so hot. Look at it this way: Films like ‘Doctor Zhivago’ and ‘The Graduate’ still top the all-time attendance charts — above even ‘Avengers’ — but if those movies were made today, you’d be lucky to catch them at a rundown art house. As Seth Meyers joked at the Emmys this year, movies are the high-maintenance girlfriend who makes you get all dressed up to go out and, increasingly, who wants to deal with that?” 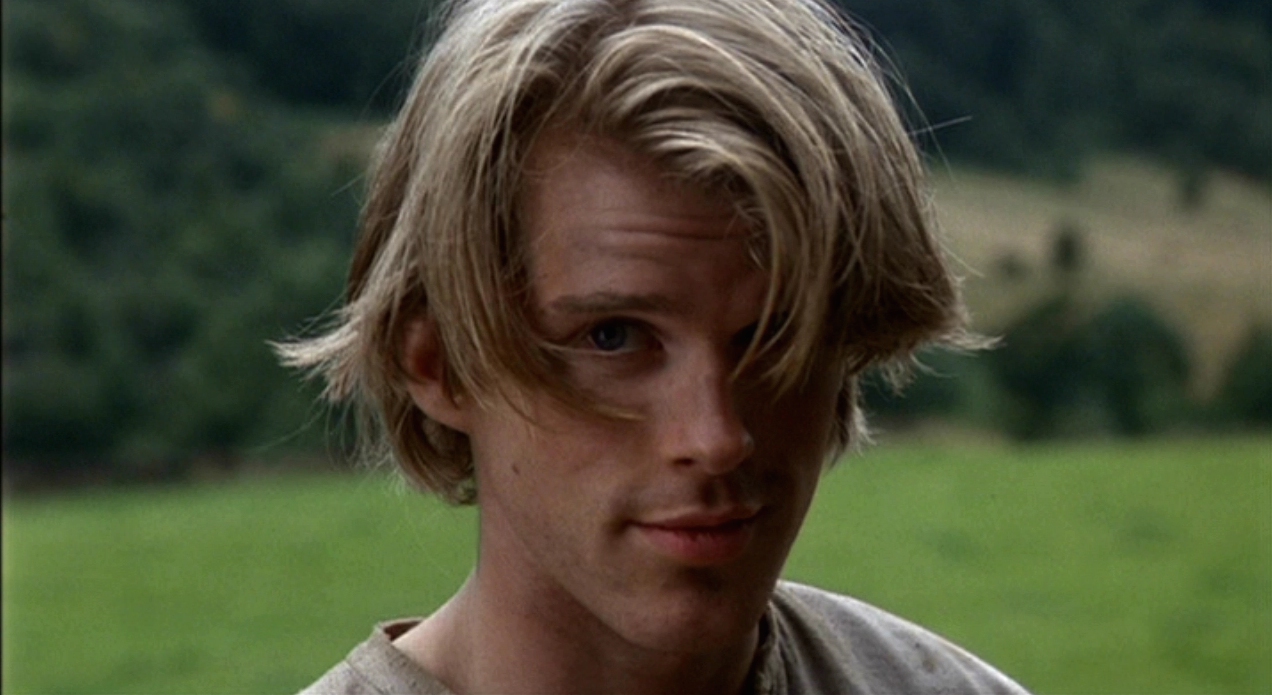 “He's a hero. I wanted to play him as a swashbuckling hero, kind of like a superhero. I watched all the Errol Flynn and Douglas Fairbanks movies. Obviously his costume was very loosely based on Zorro and I really did a lot of research to get that whole classic Hollywood swash-buckling pirate vibe to him. It's all there in the script. That's the thing that Rob told me, he said, ‘Look, it's all there, you don't have to play out anything. You don't have to tip anything, it's all there in the script.’ So that actually made it easy. We came up with some comedy together like the whole thing with my floppy head when I wake up from being dead, I came up with that and Rob loved it. So we added some physical comedy and that was it.” 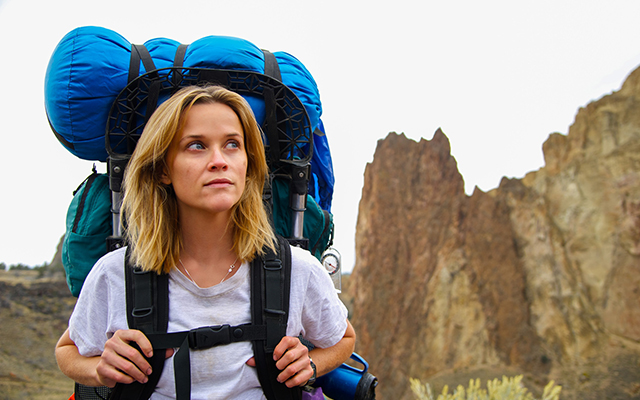 "Telluride Film Festival 2014: 'Wild'": There will many Oscar-baiting articles written about Jean-Marc Vallée's Reese Witherspoon vehicle. Michael Nordine's write-up for Slant Magazine is not one of them.

“As Cheryl's deceased, glimpsed-in-flashbacks mother, Laura Dern both enhances and undermines the proceedings by reminding us of a more accomplished portrait of a woman on a semi-mystical quest to Understand It All: the canceled-too-soon ‘Enlightened.’ Mike White's show likewise trafficked in narrated ruminations that occasionally toed the line between profundity and hokum, but it always registered as sincere. Whereas everything in Nick Hornby's script feels overly calculating, with whatever non-obvious truths Cheryl discovers on her months-long trek being lost on us; at one point she actually says, ‘I’m gonna walk myself back to the woman my mother thought I was.’ (She also chooses the last name Strayed for herself after the dissolution of her marriage and is followed around by a potentially imagined fox who doesn't even growl ‘Chaos reigns,’ about which the less said the better.)” 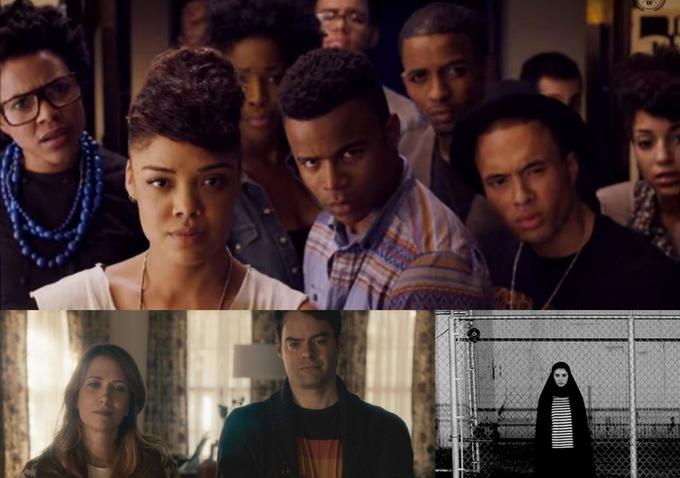 "The IndieWire 2014 Fall Preview: The 21 Films We've Already Seen That You Need To": An enticing list from the IndieWire staff including Jennifer Kent's "The Babadook."

“Horror fans, meet your new savior. No film in this year's Midnight section at the Sundance Film Festival was more celebrated than Jennifer Kent's debut feature ‘The Babadook,’ a horror film that centers on a single mother and her troubled young son's battle with the titular monster that's haunting their house. Swiftly acquired by IFC Midnight at the festival, the film has since gone on to screen at New York's prestigious New Directors/New Film Festival. ‘The Babadook’ heralds the arrival of a new talent savvy enough to scare you silly with rigorous technique and who has a gift for coaxing great performances from her actors (no surprise, given Kent's previous acting experience in Australia).” 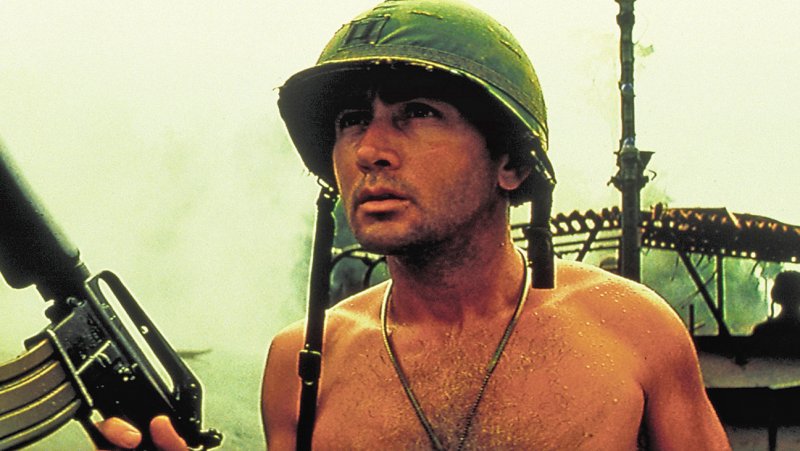 Doug Walker, a.k.a. The Nostalgia Critic of ThatGuyWithTheGlasses.com, performs one of his funniest-ever sketches in his recent review of Joe Johnston's silly 2001 sequel, "Jurassic Park III" (click here for the full video).