"Mahogany and Me": At Medium.com, RogerEbert.com contributor Michael A. Gonzales recalls being a teen in Baltimore and his friend who aspired to be the next Diana Ross.

“Years later I realized that ‘Mahogany’ was more camp than classic, but as teenagers both Virgie and I had both fell for the Windy City rags to high-fashion riches story. Chronicling the rise and loves of Tracy Chambers (Diana Ross), a South Side girl who dreams of life outside her Chicago tenement, the film follows an aspiring fashion designer from who falls for a local politician (Billy Dee Williams), is discovered as a model by a crazy photographer Sean McAlvoy (Anthony Perkins) and becomes a fashion sensation in Europe. Throughout the film, ‘Mahogany’’s saccharine instrumental theme music ‘Do You Know (Where You’re Going To)’ played dramatically. At the end of the picture, Diana Ross finally broke through through the sugary grooves and sang: “Do you like the things that life is showing you, where you’re going to / Do you know?” 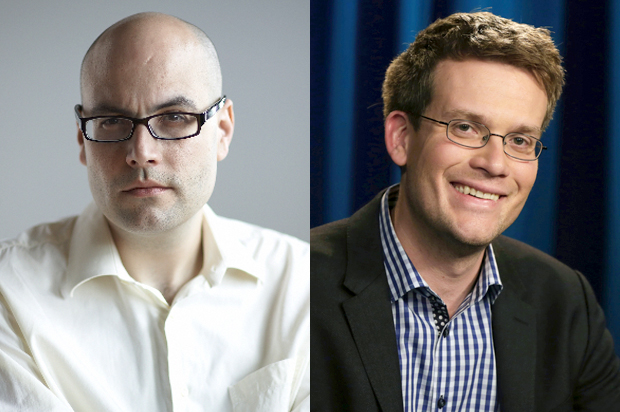 "My ugly inner battle: How jealousy poisoned my friendship with John Green": The Dissolve's Nathan Rabin writes for Salon about why the "Fault in Our Stars" author's career haunts him.

“I was just starting to embrace the modest nature of my literary success when John Green happened. Of course, John Green didn’t happen all at once: John Green was a slow-building grass-roots movement that built and built and built before it exploded. It feels weird writing about John Green as a pop culture phenomenon — one whose best-selling book became a hit movie that will be released on DVD tomorrow — because for a long time, he was just my friend. He was just the unusually likable, sweet-natured guy who always seemed to read the same essay about getting a colonoscopy or prostate exam from a beautiful Indian woman at Funny Ha-Ha — a reading series my friend Claire Zulkey runs at Chicago’s Hideout Bar, which began in 2004 and will soon be celebrating its 10th anniversary. What I remember most about John from the days when we both read regularly at Funny Ha-Ha was his laugh. He had the most wonderful laugh, the kind of booming, unapologetic guffaw that stands out in a crowd. When you’re reading a humorous piece, laughter is what you feed on. It isn’t just nice, it’s essential, as life-giving as oxygen, even, and when I was reading at Funny Ha-Ha I took enormous comfort in knowing that John would be there near the front of the stage, laughing that big, glorious laugh whether my piece merited it or not.” 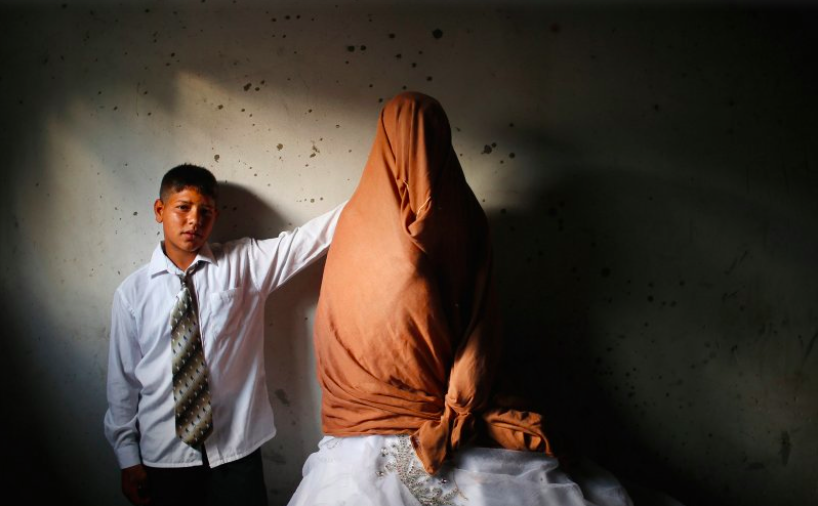 "The Sad Hidden Plight of Child Grooms": An essential piece of reporting from The Daily Beast's Nina Strochlic.

“Across the globe, millions of boys and girls are betrothed so young they spend the majority of their adolescence already married. Each day, 39,000 girls are married off. They suffer sky-high maternal mortality rates, illiteracy, and a daily struggle against violence and poverty. The younger they’re married, the more risk they face and more unlikely it is they’ll succeed later in life. But boys, too, are negatively affected by premature nuptials. They are often forced to drop out of school and take menial jobs to support their new family. This perpetuates the cycle of poverty that led to their marriage in the first place. Generation after generation will struggle to lift themselves out of this tradition. In fact, 156 million men alive today were married as children, according to the most recent UNICEF data. Despite that massive figure, there is scant research or work being done to address the issue of child grooms, meaning there are tens of millions of young boys and men who are almost virtually invisible in research, advocacy, and on-the-ground prevention work.” 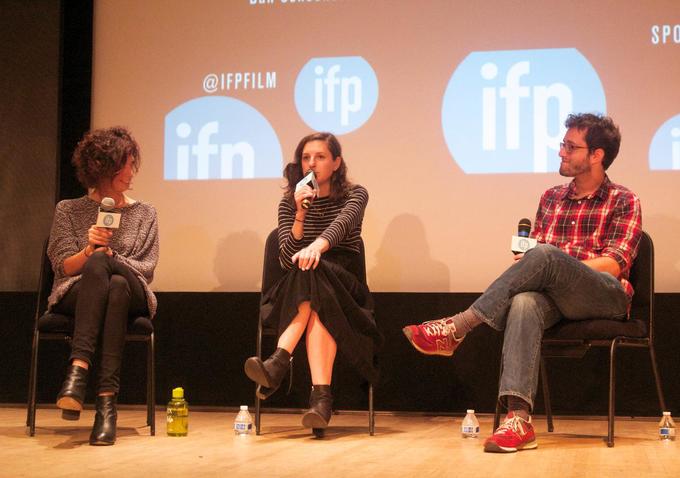 "6. Work With Close Friends. 'We don't have any barriers between professionalism and friendship. I think Gillian and Jenny [Slate] are incredibly trusting and respectful of each other and each others voices -- the way they are similar is really beautiful. However, in a lot of ways the boundaries of roles are very fluid; there are things that I do that are directorial and things that [Robespierre] does that are producorial and we both write. Making a project is intensely collaborative. With collaboration comes the grey area of roles not being perfectly clear. I think we all have similar voices in the piece, but we also challenge each other and are not afraid to disagree. I think we are really lucky.'" 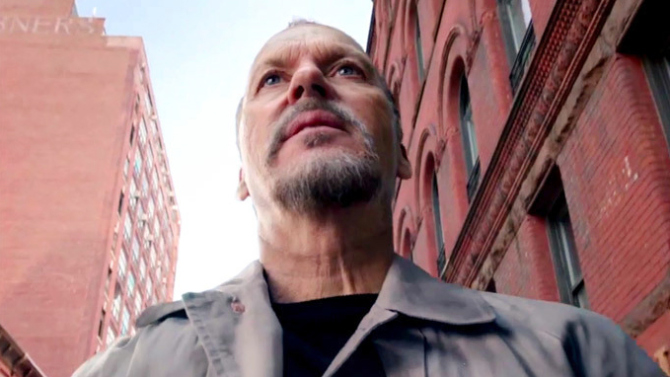 "Variety Critics Pick the Best Films of Venice, Telluride and Toronto": An enticing compilation from Justin Chang, Peter Debruge and Scott Foundas, all of whom include Alejandro G. Inarritu's "Birdman" on their respective lists.

"Chang: 'Even when his choice of material has been suspect, Alejandro G. (formerly Gonzalez) Inarritu has never given us reason to doubt him as one of the most purely gifted filmmakers of his generation. For him, no less than for Michael Keaton, this ferociously inventive plunge into the corroded soul of American celebrity represents a career-reigniting comeback; for that wizardly cinematographer Emmanuel Lubezki, it’s the latest in a steady stream of digital long-take miracles, like 'Black Swan' as directed by Max Ophuls.' Debruge: 'Like Kryptonite to comicbook movies, Alejandro G. Inarritu’s quicksilver satire of what’s become of Hollywood — skewering the way vfx bonanzas have all but displaced adult dramas on American movie screens — reveals a totally new side of Michael Keaton, who delivers the standout performance of the fall movie season opposite ex-'Hulk' Edward Norton. In a year crowded with showbiz satires, this one soars to the ranks of 'All About Eve' and 'Sunset Blvd.' Foundas: 'Much (deserved) attention has been paid to Michael Keaton’s comeback performance and the long-take acrobatics of Emmanuel Lubezki’s cinematography, but those are just two of the manifold pleasures of Alejandro G. Inarritu’s backstage Broadway death-dream farce. Emerging from the self-flagellating self-seriousness of his three previous features, the Mexican director himself seems reborn here, spreading his artistic wings and taking dazzling flight.'" 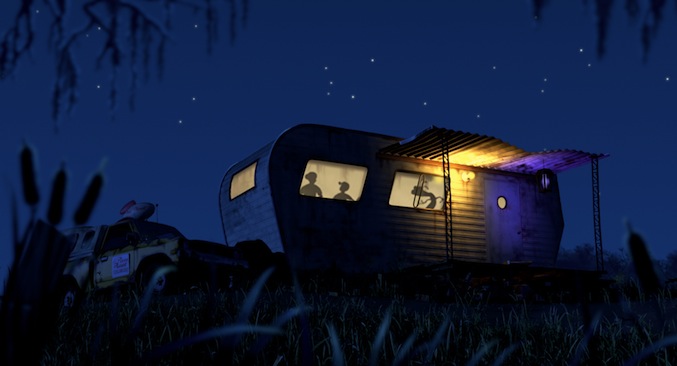 Disney.com lists a delightful array of in-jokes and easter eggs hidden throughout the Pixar canon. If you want to try finding them yourself, click here.