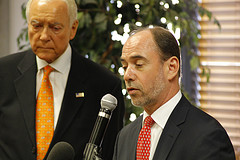 "The Critics Are Wrong About the Future of Healthcare Reform." At Forbes, Avik Roy and Douglas Holtz-Eakin respond to the outcry generated by their proposed modifications to Obamacare--namely that the U.S. develop a less regulated version of Switzerland's healthcare system.

"Paul Krugman thinks that he has found a “gotcha” moment in our proposal because we believe that Obamacare’s community rating provision should be replaced. Aha! says Krugman. 'Switzerland has community rating…Maybe Holtz-Eakin doesn’t know anything about this—but wasn’t Roy supposed to be a conservative expert in this field? Are they really unaware of the basics here?' Yes, we are aware. (A simple Google search might have helped Prof. Krugman look into this.) Community rating is an undesirable feature of both Obamacare and the Swiss system, and hardly essential to either, as any actuary will tell you. By forcing twenty-somethings to pay two to three times what they should pay for health coverage, community rating creates adverse selection. It encourages young people to drop out of the system, leaving only older and sicker people in the risk pool, and driving up the cost of insurance for everyone else." 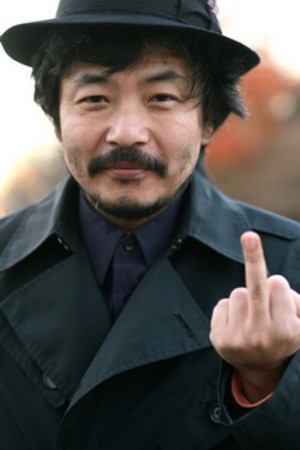 "It turns out that Hombrebueno had pulled excerpts from an earlier interview with Sono which he conducted in 2010 in connection with the premiere of 'Cold Fish' and spliced those statements into the text without delineating what was said when or, indeed, why the old stuff was even relevant. And the end result was a piece that made it appear Sono was - for lack of a better term - spending part of his time in Venice this year shit-talking both Miike and Kitano when that had not, in fact, happened and all there was to tip people that something off may be happening was a one line note at the end of the interview noting that some pieces of an earlier interview had been used, though which pieces was never made clear. To put it simply, I personally - along with the rest of the Twitch editorial team - was appalled when I learned that this had happened. As is the case everywhere, we have to assume a certain degree of responsibility from our writers when they join the group and simply don't have the ability to double check the audio tape of every interview conducted before running the articles, but regardless, this should not have happened. We take accuracy and integrity very seriously here and offer a sincere apology to Mr Sono." 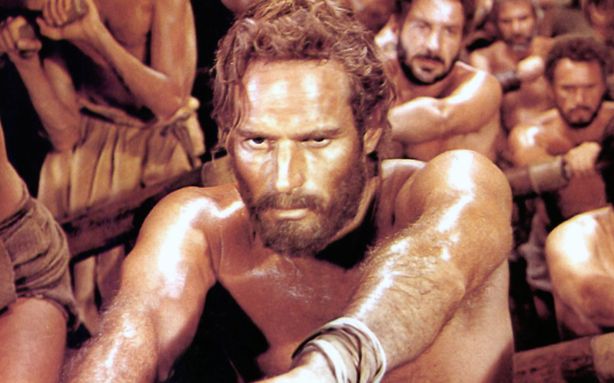 "The 'Ben-Hur' Remake Nobody Asked For." For The Atlantic, Richard Lawson puts together a hilariously damning roundup of responses to the news that MGM may remake the revered classic with "Abraham Lincoln: Vampire Hunter" director Timur Bekmambetov (gulp).

"As the last idea in Hollywood was used up years ago, like a Truffula tree felled by the Once-ler, MGM has decided to just go ahead and do a remake of 'Ben-Hur,' one of the main old movies that people think of when you say the words "old movie." (The others are 'Casablanca' and 'Gone with the Wind,' and probably 'Citizen Kane' and 'Wizard of Oz.') And not only are they remaking the thing, guess who they want to direct it. Ridley Scott? Tom Hooper? Kathryn Bigelow? Ha, nope, no sir. Timur Bekmambetov. You know, the guy who directed Abraham Lincoln: Vampire Hunter. That guy. For 'Ben-Hur' What could possibly go wrong?? Nothing's been confirmed yet, but I'm pretty sure they've got Gerard Butler on lock for the lead, too. Maybe Katy Perry could play Esther? Why not! [Deadline]" 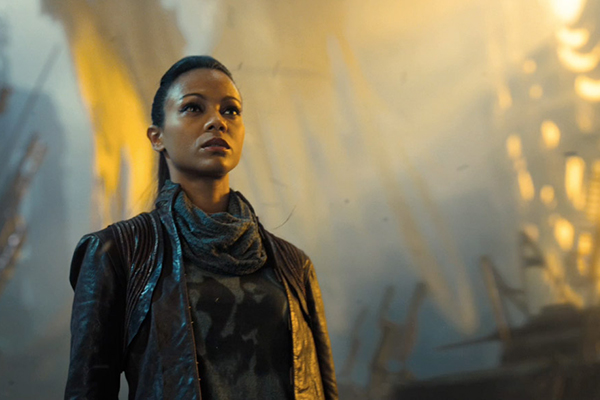 "Television vs. the Movies: Which Does Better By Women?" Pacific Standard's Lisa Wade reacts to the the Geena Davis Institute on Gender and Media's report that women have greater visibility and better jobs on prime-time TV than in the movies.

"Almost half of all American workers are female, but they hold only 20 percent of the jobs on the big screen and 25 percent of the jobs on children’s shows. Again, here prime-time does somewhat better: 34 percent of the jobs on evening TV are held by women. If you’re one of the people that contributed to Star Trek Into Darkness‘ $70.6 million opening weekend back in May, this data might not be surprising. I didn’t count, but I suspect it falls into the 50 percent of films that has a cast that is at least 75 percent male. It certainly didn’t pass the Bechdel Test; the two female speaking characters, if I remember correctly, never spoke to one another at all, and so they couldn’t have spoken to each other about something other than a man (that’s the test). (Oh wait, I think one of the twins with tails in bed with Kirk said “hey” when he lept out to go do something important, so that’s three women with speaking roles.) So, like in lots and lots of films, women in Star Trek were woefully under-represented except as love interests for the two protagonists (Uhura in this movie and Carol, it was foreshadowed, in the next). I’m used to it, so it doesn’t really stir me up, but that doesn’t mean I have to like movies. I’ll stick to TV, thank you very much. It’s not perfect, but it’s a hell of a lot better than Hollywood."

"Every De Palma-loving cinephile’s sense of this scene as a set-piece, detachable from the film as a whole (while relating to it on many formal, expressive and thematic levels), is reinforced by its special place in the narrative – as an introductory incident that perfectly sums up, in microcosm, the trajectory of the hero’s unfortunate destiny (he keeps getting dragged back into crime), while itself being only a weak catalyst for anything much that follows. The plot, in general, hinges on everything that is set in motion by the lawyer Kleinfeld (Sean Penn), who has no relation to what happens in this scene; Carlito’s final act in the scene of pocketing the money brought by his young companion has no consequences, triggers no investigation or retribution (even though he has, logically, stolen it from people he knows and may have once worked with). Carlito simply – literally – walks away from the site of this cataclysm, with a single, significant plot element in place: he now has some money to kickstart his dream of escape." 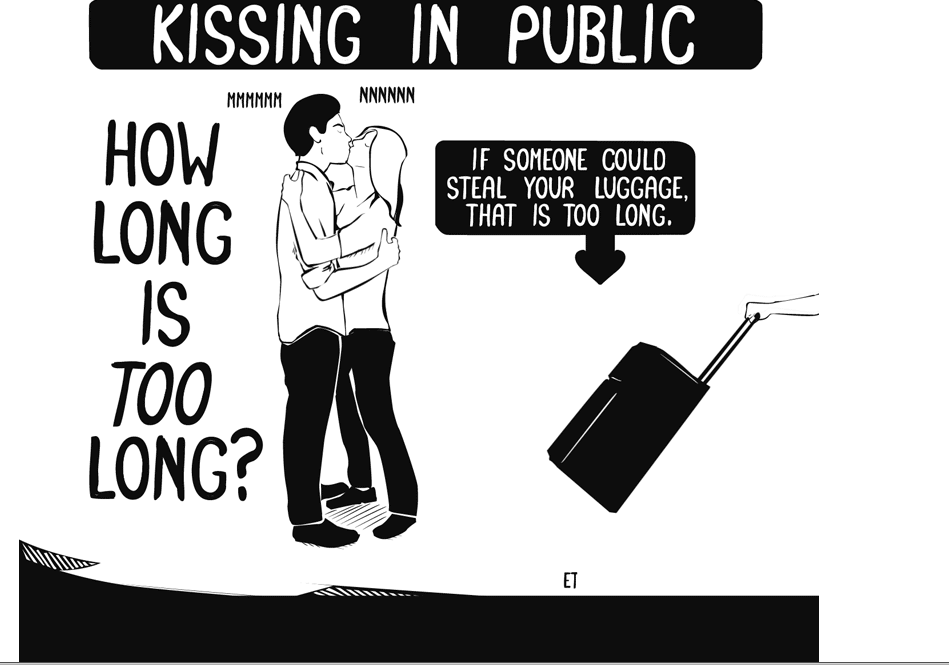 Even Jezebel and RogerEbert.com are not immune to the charms of these baby capybaras.