"A Flower for the Graves." The most famous column by Gene Patterson, columnist for the Atlanta Constitution (which later merged with a rival to form the Atlanta Journal-Constitution). He wrote it in response to the bombing by white supremacists of a church in Birmingham, Alabama, fifty years ago today.

"A Negro mother wept in the street Sunday morning in front of a Baptist Church in Birmingham. In her hand she held a shoe, one shoe, from the foot of her dead child. We hold that shoe with her.

Every one of us in the white South holds that small shoe in his hand.

It is too late to blame the sick criminals who handled the dynamite. The FBI and the police can deal with that kind. The charge against them is simple. They killed four children.

Only we can trace the truth, Southerner — you and I. We broke those children’s bodies." 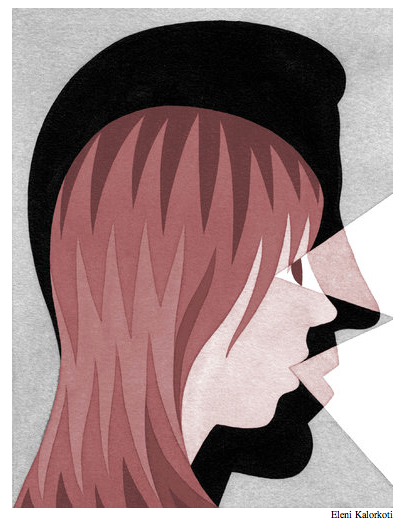 "Was Salinger Too Pure for This World?" At The New York Times, Joyce Maynard, who has written extensively about the affair she had with J.D. Salinger when she was a teen and he was in his fifties, writes about it again, in context of the documentary "Salinger."  Related: A review of the film by RogerEbert.com's Odie Henderson.

"It is the quiet acceptance, apparently alive and well in our culture, of the notion that genius justifies cruel or abusive treatment of those who serve the artist and his art. Richard Schickel, writing of Salinger’s activities, expresses the view that despite the disclosures about Salinger’s pursuit of young women he lived '“a ‘normal’ life.' 'He liked pretty young girls. Stop the presses,' writes the film critic (and father of daughters) David Edelstein. The implication being, what’s the fuss?" 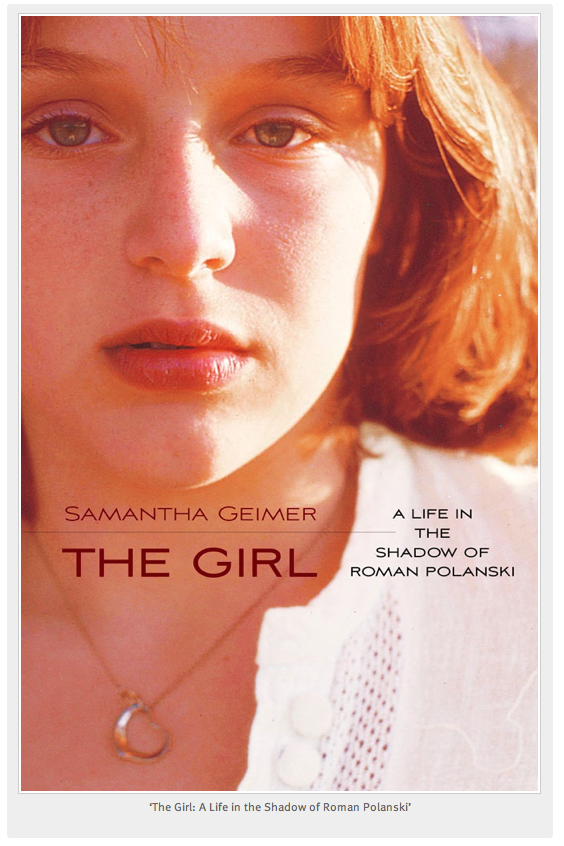 "The Girl Can Help It." At Fandor, David Ehrenstein writes about The Girl, a memoir by Samatha Geimer, the victim in the Roman Polanski case. He's not a fan of the book.

'Again the rape was 'statutory' in that Geimer was underage.  'Not everyone will understand this,' she declares. 'but I never thought he wanted to hurt me; he wanted me to enjoy it.' However  such words mean nothing to those intent on unloading their scorn on Polanski, as if this wildly ill-advised episode were the essence of everything wrong with sexuality in modern culture, and the only thing worth talking about in a life that, in addition to the creation of such classics as Knife in the Water, Rosemary’s Baby, The Pianist and the aforementioned Chinatown, included the extermination of his mother in the Nazi ovens, his hairs-breath escape form the Krakow ghetto, living the better part of his adolescence as a hunted animal in the woods, and the slaughter of Sharon Tate and his friends at the early height of his Hollywood fame. All of this, you can be sure, will take a backseat to Samantha Geimer, destined to be mentioned in the very first graph of Polanski’s obituary." 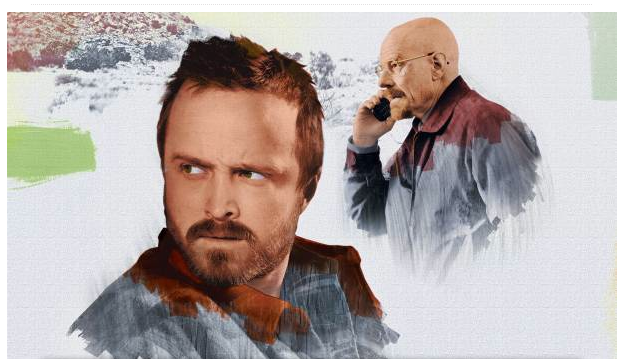 "The end is a show’s most important moment, because it ­retroactively shapes what we think about everything that came before it. Audiences understandably crave answers to the basic questions. Can Buffy ever return, or is this the end for her? How will all of the conspiracy threads on The X-Files tie together? What were Lost’s smoke monster and golden pool about, and was the show’s “sideways timeline” real or glimpses of an alternate universe? But they want answers to the big questions, too: What was this show trying to say about human nature, about ­society, about life? Was it ever saying anything? Did it deserve all the time and emotion I invested in it?" 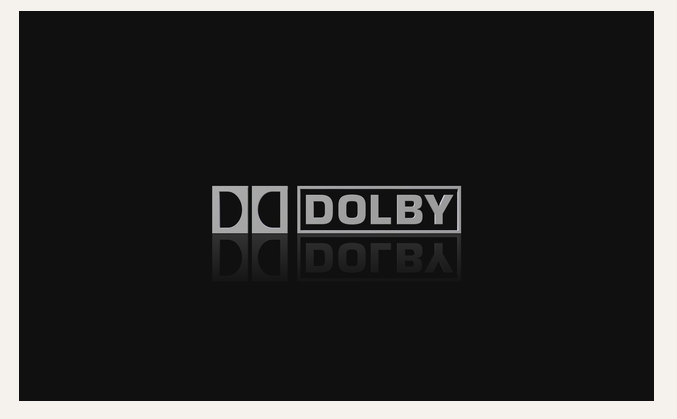 "Ray Dolby (1933-2013), inventor of ubiquitous sound technology." You've seen the logo. Now find out about the technology it represents, and the man who invented it. By Vadim Rizov of The Dissolve.

"In 1952, Dolby was part of a group of five that created the first video tape recorder (the VCR’s early ancestor). Then he worked his way to a Ph.D in physics, but didn’t enjoy academia, where he was 'researching and writing papers which were of interest to fewer and fewer people, down to no more than three or four in the entire world. I decided to get out of the Ivory Tower.' The official invention of the Dolby NR system came in 1965: in simple terms, it removed the hiss created by transferring sound to audio tape. 'People had been dreaming about audio noise reduction since the 1930s but it had a very bad reputation because no one had succeeded in making an effective noise reduction system without introducing undesirable sound effects into the signal,' he explained. 'The double D represents a symmetrical process, a mirror-image process, because that was the key to the success of my noise reduction system: that it was a perfect mirror image. In other words, you got out exactly the same signal that you fed into the beginning of the process.'” 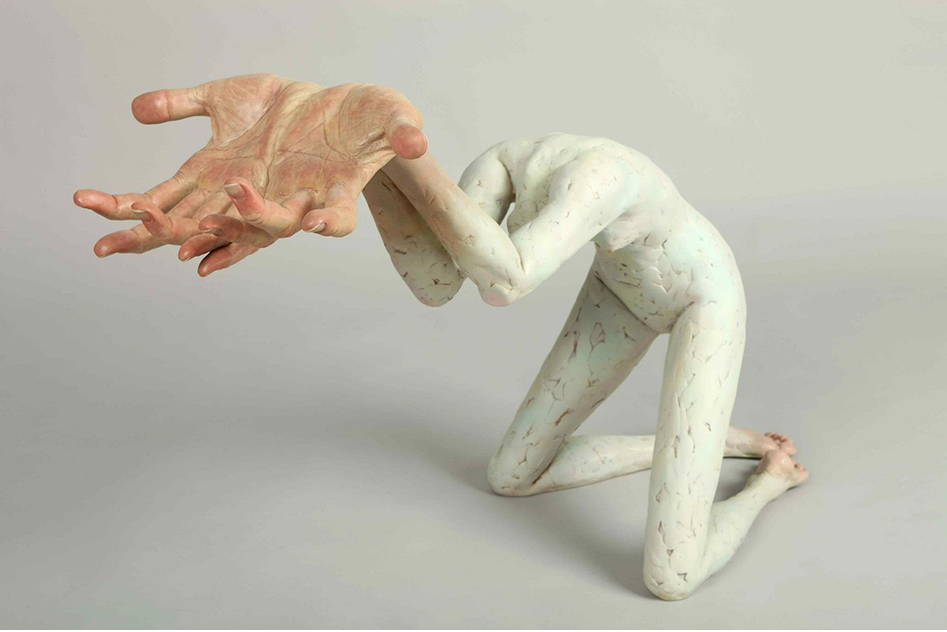 "CHOI XOO ANG – UNIQUE SCULPTURAL ART." Selections by "an emerging mixed media artist based out of Seoul, South Korea who creates figurative sculptures out of clay and resin that examines human rights, society’s pathological state, and sex and gender politics among other themes." Featured on Boca de Lobo. Warning: some of the images are probably not safe for work, as they feature extensive nudity and disturbingly surreal re-imaginings of the human body.

The latest trailer for the film version of "August: Osage County."